Well, rehearsals for The King & I are just about over & opening night is around the corner! This weekend coming up is tech & we open next Friday! Eek! This should be interesting with all the kids in this cast. Before my theatre life, i spent a LOT of time with kids- babysitting, nannying, preschool teaching, etc... but i've not had experience with them as far as getting them to, you know, get on the stage & go where they are supposed to & actually do a little ACTING. (Some are totally in their own world...hopefully the audience will buy it & think it's a character choice. HA!)

It's probably going to give me a clue of how to do this thing with kids, because i've actually wanted to teach drama or direct a kid's show. Would be fun! I have acted in shows with kids & i've stage managed shows with just 4 or 5 kids...but this show has 21 little munchkins! AHHH!! But they're cute. (Most of em. Haha.)

Anyway, of course it will all come together & be wonderful! Last night was our first night coordinating the kids & all their props for a song called "Uncle Tom's Cabin" & it was a bit of a, well, disaster. I am a little worried about how i might handle the child who on their way onstage says to me, "I FORGOT MY [insert prop name here]" because if it was an adult i'd say something like "OH WELL!!!!!" & be a little ticked... but most adults know better than that (& if they don't, they learn real quick!) But a kid- well- might throw a fit & expect the whole show to wait? Hopefully not. I might, you know...kick them on stage or something...

Seriously, i'm kidding. We'll have it all under control. Just need a little more practice with the hoodlu- i mean, darlings. 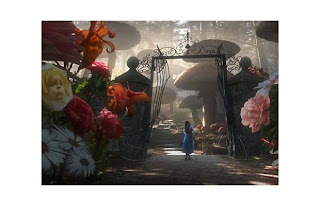 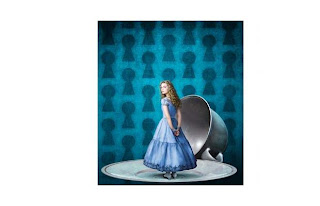 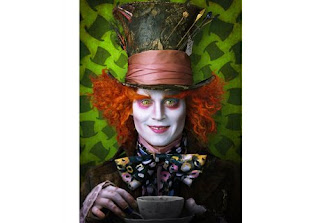 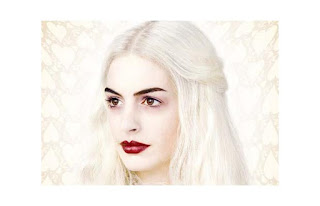 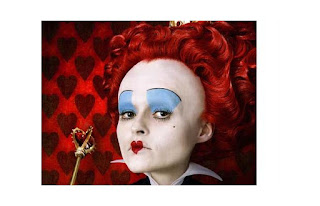 Posted by Melissa at 10:55 PM 2 comments:
Email ThisBlogThis!Share to TwitterShare to FacebookShare to Pinterest
Labels: movies

What a day yesterday was. The birthday of 2 very dear friends of mine- Happy Birthday, Tim & Marion!- and the death of 2 celebrities. Farrah Fawcett & Michael Jackson. Obviously, i was more shocked by the death of MJ. After hearing about his death, i had to go to rehearsal & the radio was playing his songs back to back. I loved it.


I have to be honest, i have been shocked & saddened by some heartless comments & jokes on FB regarding Michael Jackson. I just- cannot understand- why we would go there. These are comments made by people i know as Christians. But it is not funny. I do agree that he was a sick man. I could get into this more, but i'll refrain. But, i just want to say, "none are righteous, no, not one." How dare we, as believers, joke & laugh about someone spending eternity in hell? There is nothing funny about it. It's not a game. It's not a joke. It is sad. It is heart wrenching.


I do pray & hope that he was not too far gone & that he found the truth & love of Jesus. But if he didn't, is his death really something to laugh about? You say, he deserved it. But God says we ALL deserved it. It is because of God's grace & mercy that we are in right relationship with him and don't have to spend an eternity in Hell. I am thankful i accepted Him & believe in Him, because i know where i will go. But does knowing that give me a right to laugh at those who may not have found the truth?

It's so easy to see everyone else's faults other than our own, isn't it?

I guess that's all i have to say about that. And i'm sorry to those who do not understand what i mean about heaven & hell. I believe what the Bible says about these places & i know that every person will stand before God & give an account for their life. It saddens me where MJ may be; no matter what he did in life, no matter what choices he made. As another friend said in her blog, he was obviously a troubled soul. He obviously needed help. But, don't we all? 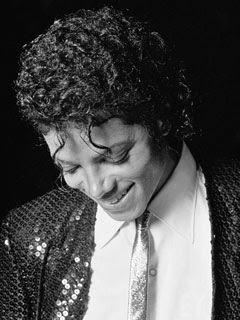 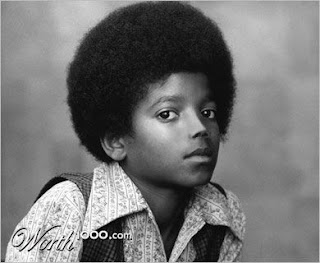 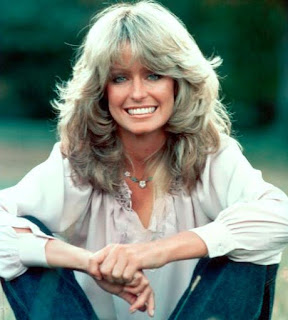 In other news, it's my hubby's 34th birthday today. :) Happy Birthday, baby! I love you!

I am back to work, feeling better. I stayed home yesterday, from church & everything & felt horrible about it because most of the worship team singers are at the beach so i'd promised the worship leader i'd be there! But anyway. Way too sick, especially after Saturday! So i stayed home all day & feel so much better today!

Posted by Melissa at 8:27 AM 2 comments:
Email ThisBlogThis!Share to TwitterShare to FacebookShare to Pinterest
Labels: birthdays, Health, weightloss

Today was supposed to be the big father's day/birthday celebrations. Brad's family planned to come to my parent's house & celebrate both dad's father's days & Brad & Michelle's 34th Birthdays (Brad's bday is Monday & Michelle's is Tuesday). We originally were going to do a lunch thing but ended up planning it for dinner. I was sick. Went to the doctor Friday & was told i had a sinus infection. Got on antibiotics & mucinex d. Well. Michelle & i decided to go to a movie before the festivities. I was sick but feeling okay, i guess the medicine had kicked in. So we saw The Proposal, which was HYSTERICAL... i LOVED this movie! HAHA.

Anyway, we went to mom & dad's, where Brad & his parents were. We had dinner. Then mom was just beginning to serve birthday cake when i got to feeling REALLY ill. The only other time in my life i have felt like this is when i passed out after giving blood one day. Which is what we had just been talking about (somehow we got on the subject of giving blood). So anyway, i suddenly felt TERRIBLE. Queasy, hot, SPLITTING headache... yuck. i went in the other room & then i just started crying. I thought i was going to pass out or puke. It was awful. I cry anytime i get REALLY sick like this,. i hate that too! I laid down. Everyone was so sweet to me. I started feeling better later, but then felt horrible again, so we came home. i went straight to bed. Then i got up & took a bath. And now i can't sleep so i'm up playing online.

I have NEVER had that bad of a headache before, i am not even kidding! It finally went away after my bath.

So i'm sad that i have no pictures from our party today. The picture girl was not feeling well!

Today is our 7 month anniversary! I know that doesn't seem long (and it has completely flown by!), but it has been a WONDERFUL 7 months. I'd say- best 7 months of my LIFE. Yep. I am so very thankful for my husband!!! Our friends Tommy & Sarah just made their 10 year & they are about our age!! I can't imagine if we had gotten married way back then! I'm glad it all happened the way it did for us. Yet, at the same time, i can't wait to be like Tommy & Sarah- our 10 year anniversary & every bit as much in love as the day we said "i do". I am just so very happy to be his wife! He's a GREAT husband, y'all!

I can't believe how fast it has flown so far- it seems like just yesterday i was stressing over bridesmaid dresses, wedding music and how i should wear my hair. HAHA. We've really enjoyed starting life together.

I can't believe that our 1 year anniversary is not that far away! I can't wait because we are planning on a trip to San Antonio. :)

email to my hubby

I just sent this to brad. And then thought i should blog it. I hope he doesn't mind...:) I just want you all to have a glimpse of how great a husband he is!!!

(Some of this may be an inside joke. But. You know.)


Your hands
Your lips
Your eyes
Your smile
Your stubble
Your shoulders
Your legs
Your butt!
Your ……!
Your love
Your HUGS!
Your kisses
Your snuggles
Your hilariousness
Your “WHYEEEEEEEEEEEEEE?!!!!!!!”’s
Your help
Your keyboard playing
Your silliness
Your cartoon voices
Your LOVE (did I say that already?)
Your sweetness
Your understanding
Your getting me things when I’m being lazy
Your chocolate milkshakes
Your wine!
Your taking the dog out b/c I’m too lazy!
Your washing the dishes when you know I’m coming home to cook
Your being a total sweetheart
Your loving me all the time, even when I’m being a butt face
Your movie-watching with me, even when you’d rather be doing something else
Your ears
Yours chest
Your letting me dress you!
Your changing from the black belt/shoes to the brown belt/shoes, when you could care less just b/c you know it makes me happy
Your kindness to others
Your non-judgmental attitude
Your Hebrew speaking
Your Bible studying
Your Greek learning
Your face!
Your head!
Your hair
Your bike riding with me & motivating me when I don’t feel like it.
Your hugs (I think I said that) 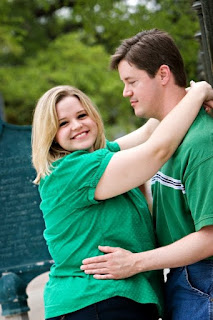 Posted by Melissa at 11:46 AM 4 comments:
Email ThisBlogThis!Share to TwitterShare to FacebookShare to Pinterest
Labels: BlogBook, Brad, love, Marriage

Just so everyone knows, i started a new lifestyle as of last Monday. Healthy eating & exercise. Today was my first official weigh-in.

Every year, BRLT has a ball to thank the volunteers for the past season. We had our ball this past Saturday & it was so much fun! There's food, dancing, music, and an awards ceremony. I was super happy that my friend Tim won Best Actor in a Musical, for his role in The Producer's last summer. It was well-deserved! He also one Best Supporting Actor in a Play. I was also thrilled for Albert Nolan & Kristy Coast! Brad & i had a wonderful time & i'm so thankful to everyone who helped put it on!! Also, thanks to the Jambalaya Shoppe who donated all that food!!! Congrats to all this year's winners!! 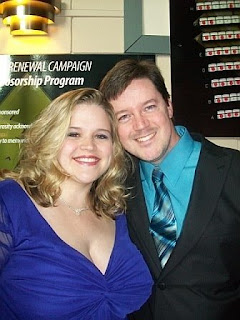 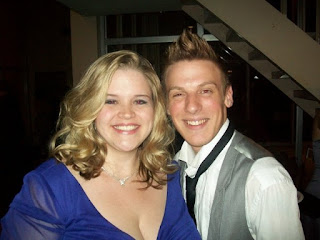 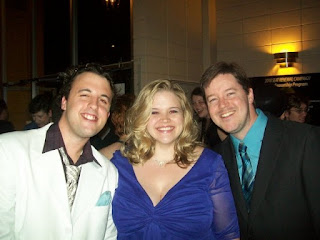 Me & one of my best theatre friends, Rachel 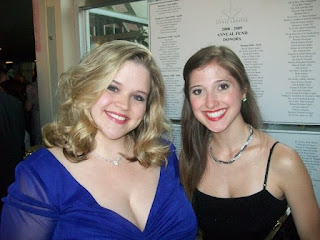 being silly with Evan 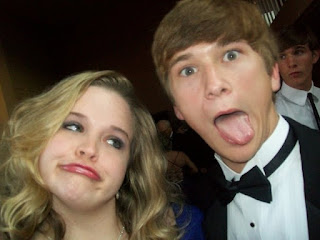 Hope you enjoyed the pics! Can't wait till next year!! :)
Posted by Melissa at 1:22 PM No comments:
Email ThisBlogThis!Share to TwitterShare to FacebookShare to Pinterest
Labels: BlogBook, BRLT, Date, Theatre 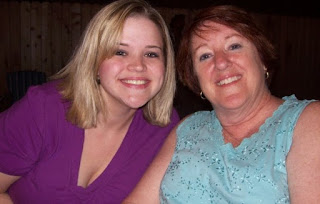 I found out today that my friend Mary Pittman's house burned down. Not sure when it happened exactly- sometime between last night & this morning. I am thankful she & her husband got out safely. I am heartbroken that her cats died in the fire. I myself am not a cat person, but i know how pets are family members & Mary LOVED her cats. She had four of them & they were her babies. :( I think about losing Fievel in a fire... i would be devastated.

Mary was also very excited & looking forward to her vacation to Ireland this weekend. Doubt they'll be doing that now. And it is probably the furthest thing from her mind! ...but you know. It still sucks.

The Red Cross is putting Mary & Bill up in a hotel for the next three days at least. They will move in an apartment after that.

I have been really amazed & excited to see Baton Rouge Little Theatre come together to help them during this time. We have our annual Beaux Arts Ball this weekend & will have a box there to take donations for them. BRLT is also accepting household items- furniture, dishes, etc to give to them.

I am not sure exactly when i met Mary, but it must have been some time before my second show, My Fair Lady. She played the maid & i'd assume that's when i got to know her. She has been a BRLT volunteer for 30 years. She is SO MUCH FUN, very in much in love with her husband & just a kind & generous sweetheart. The last show i worked with her on was Best Little Whorehouse in Texas (she was our stage manager). The above picture was taken at that cast party in April of this year.