So, last night was Opening Night for The King & I! And it went very well, i think! *Almost* perfect! Haha. It was fun, too! So far i have heard nothing but great feedback about the show. A lot of people have been going on & on about the set & how beautiful the show is with the lighting & the set & costumes. So that's cool!


Leonard, who plays the King, is FANTASTIC! He is such a great guy to work with...i worked with him 2 summers ago in CATS. I always knew he was a great dancer (one of the very best...BR is lucky to still have him!), and he has truy blossomed as an actor & singer in this role. It's like the role of the King was MADE for him. I could also go on & on about Jennifer Ellis, who plays Anna. I've worked with her in a few shows before & i love her. She is AMAZING. And sweet. And kind of a role model to me as someone who can balance family & theatre... she does a great job!! I also have to mention Talia, who plays Tuptim... her voice is clear as a bell & gets an emotional response out of me many times. It's just... i don't know how to put it... hauntingly... or heartbreakingly...beautiful. She has several solos in this but my very favorite is the first one. Oh, if you could only hear it!


SO many others i have not mentioned, but they are all doing a very good job!! My hubby & his mom came last night & they had a LOT of good things to say. About the other supporting roles & the ensemble, as well as the leads. This is also one of the best casts & crews i've worked with. The cast is sweet, kind, not prone to drama or brattiness & ... OMG... they say "THANK YOU, FIVE" (a theatre thing casts are supposed to do but some BRLT casts don't & when they don't- well, just one of my pet peeves!).


I also LOVE working with Davis as the Stage Manager. I am Assistant Stage Manager & he is just a really great SM to work with! I would definitely work with him again! And my crew! Aw, my dear crew. Most of my crew - emily, travis, neil, toni, natalie & danielle - are people i have worked with as ACTORS, not stage crew! Most of them couldn't audition for one reason or another but now that it's here they just want to be a part of it! & they are GREAT. Danielle & Natalie & Emily were actually whores with me in Best Little Whorehouse! & Neil was in it too. HAHA. And I've SM'd Travis, Neil & Toni in other productions. And Travis & I were in Urinetown together. So, some of my crew are people i've been friends with for quite awhile! I also have Robert- who worked on The Producers with me, but i hardly got to see him & we had just met! Then i went on a forever long hiatus as he worked on show after show... so, i have to say, i am THRILLED to have him on my crew!! Because i know he's one of the very best! And then the new two techies- Maggie & Valerie- who are turning out to be a huge help & a great addition to the BRLT family. :)


and did i mention Emily Ryder? She is our other ASM, our fabulous child wrangler, & all i can say is... thank heavens for her!!!


So anyway- i am rambling & there are tons of wonderful people i'm leaving out...like those in the light booth & our fantatic directors... we couldn't have pulled any of this off without their help! But i guess if you don't know these people you are probably not even interested! But i am telling you! You should definitely come see The King & I! Because it is a great show!!! & it's selling out fast!! 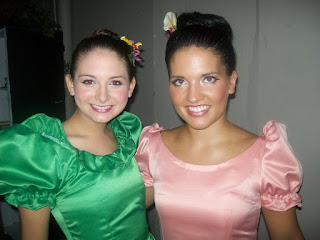 2 of the wives- mary elizabeth & ashton 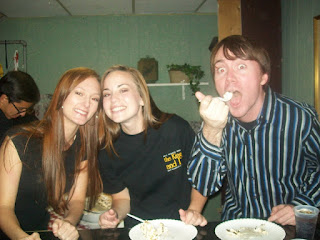 3 of my crew: natalie, danielle & travis 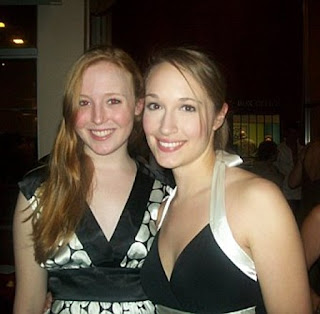 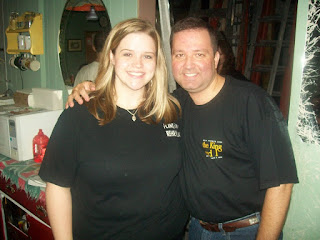 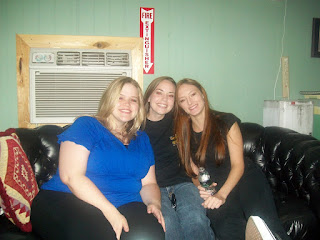 me with danielle & natalie

I will continue to update with pics all through The King & I, because that'll pretty much be my life until August 2!

Posted by Melissa at 10:15 AM
Email ThisBlogThis!Share to TwitterShare to FacebookShare to Pinterest
Labels: BlogBook, BRLT, Stage Managing, Theatre