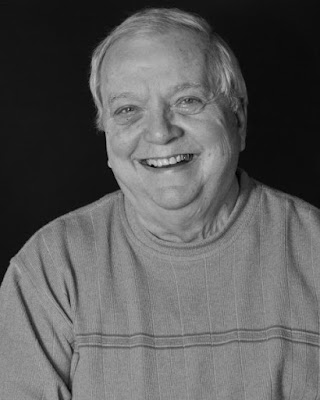 I had known Grady as a theatre regular until I got to know him better while working as Assistant Stage Manager for Cat on a Hot Tin Roof at BRLT, March of 2008. He played Big Daddy & did a fantastic job. I remember in one performance he cut his hand & it was bleeding & he didn't even notice! We were worried about his cut, and we had another actor go on with a damp towel, so Grady could use it to take care of the wound while still performing. But he wouldn't take the towel. The other actor [& i feel terrible i don't remember who it was!] kept trying to nonchalantly give Grady the towel (so that the audience wouldn't notice anything odd was happening!) & Grady just wouldn't take it. He just kept speaking his lines & pushing the towel away, so focused was he on his role! Some of us stood off stage, willing him to just "take the towel, grady!!" but he never did. We have laughed (& teased him!) about that moment ever since!

I fondly think of Grady as i write this. He was such a kind individual, always treating everyone with respect. He'd been doing theatre for YEARS & yet, never was disrespectful or arrogant or impatient with younger actors or crew. I can remember having conversations with him about acting & theatre, and i was always amazed that he talked to me as if I had been doing it as long as he had, even though i'd only been involved in theatre for just a few years!

I found out Thursday evening that Grady had taken a fall the night before. I assumed he'd be okay. Friday morning i found out he was in a coma after having a series of strokes that morning. I am not sure if this was related to the fall or just a coincidence. But by 4:42 that afternoon, Grady slipped away. His daughter had been updating his facebook (yes, Grady had a Facebook at 72 years old!). The current facebook status reads: "Update on our beloved Daddy: The final curtain on the 72 year run of the Grady Hines show has fallen. He peacefully slipped away at 4:42 pm. We will let you know when arrangements have been made. Thank you so much for your love & support. -Melanie & Wyatt"

Melanie & Wyatt are his children. Please pray for them & their families as they bury their daddy. He was a widower & i imagine he has had a lovely reunion with his wife. ;)

I have to tell you that i have been so thankful & feel so blessed to have been able to see Grady one last time just a week before his death. We both attended opening night of BRLT's Evita. Brad & I sat on the last row & as we left the theatre for intermission & at the end of the show, we saw Grady as he exited the theatre about the same time. I am so thankful I got to hug his neck & say "good-night" to him, having no idea that it would be the last time.

God bless you, Grady Hines. And thank you.