Today I decided to participate in Tell Us Tuesday, hosted by Ashley at Everything Happens for a Reason! This week's topic is "A Decade of Events". I hope you will play along, too! 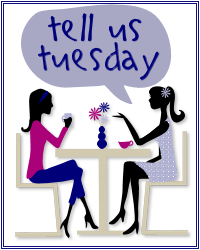 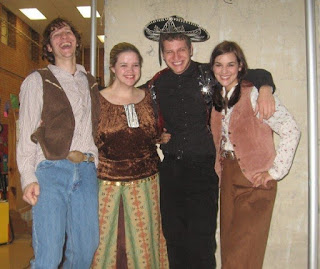 Playmakers Tour - me with David, Christian & Molly. GOOD TIMES!
This year i had two part-time jobs. One as a MAID. And one as an ACTOR. Being paid to act is the BEST. No, it wasn't TV or the movies. There's more acting jobs than you'd realize!! 4 of us were paid to travel to elementary schools in our city (& surrounding areas) & we had to put on a play at the schools. We were paid $40 a show & sometimes did 4 shows a day so it wasn't bad!! We were great friends from the start, because we had done A Christmas Carol together. That was an AMAZING time!!!!! I miss those guys like crazy! =) I stayed big into theatre doing lots of Stage Managing & performing as Little Becky Two Shoes in Urinetown, the musical. I began to think more seriously about acting as well, wanting to learn everything i could & be the best i could be! Aimie & i were still roomies & were getting a bit tired of our singleness! (Much as we loved each other!) 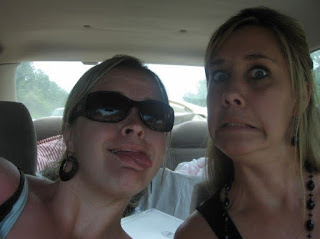 Me & Aimie - always silly:)
This year was lonely for me & full of temptations i'd never had before. A hard time.
My ex-boyfriend came back into my life from 11 years prior & it kind of felt like a mean trick. I did not understand why God would bring my first true love back in my life when it was so OBVIOUS he was not the one!! Aimie met her future husband at this time too!!
YEAR: 2008
Age: 30
I realized i was wrong. He definitely WAS the one!!! My LOVE part of our story began & it was a whirlwind!! (see my sidebar for more about our love story!). We were engaged in March & married in November of this year, so this year was FULL of wedding planning!! I also started my new job (where i am now) in July of 2008. We got married 11/14 & went on a cruise for our honeymoon! We had THREE weeks off work for this (1 week before wedding, 1 week honeymoon & an additional week after we got back!) & it was a dream! I worked the summer musical that year as stage manager, but went on theatre hiatus after that to finish planning the wedding & to enjoy my new life with my husband! =)
YEAR: 2009
Age: 31
Began to blog. Began to cook!!! Began weight loss journey. Got back into theatre in the summer with The King & I. Realized i loved it just as much as when i was single, except now I miss my husband terribly. =) LOVED year 1 of marriage! Celebrated our anniversary in San Antonio.
Year: 2010
Age: I will be 32 on March 2
SO MUCH IS IN STORE! I think it will be the best year yet! =)
Well, that was WAY longer than i meant for it to be but it was fun!!! I think a lot of dates are mixed up, but oh-well! Loved walking down memory lane!!! Made me think of some friends i miss & some good times! I want to search for more pics to put up but wow- it is already wayyy past my bedtime!

Posted by Melissa at 12:26 AM
Email ThisBlogThis!Share to TwitterShare to FacebookShare to Pinterest
Labels: BlogBook, New Year