Side note: I am also a huge fan of LOST. In fact those are the ONLY two shows I watch. So it just figures they'd both play at the same time! CRAZY! For now, I am watching American Idol when it airs & then hubby & I catch LOST online later. You know, we got an HD antenna so we wouldn't have to watch LOST online anymore...looks like we'll be doing it anyway!

Back to American Idol. I am a huge fan. I love it. If I had the chance, I'd be on that show. NOPE, not to audition. To judge!! I think it'd be such fun (& hard work - but fun & rewarding, too). Heck, i'd like to be their Stage Manager (or whatever the equivilant for TV is!). Anyway, I do not envy them at all this year. They have so many good people in that group of 46 that it had to be TORTURE to narrow it down to 24. I cried last night, cried! How silly! But i really like the judges this year. I think it's a good combo of all of them. Kara is my FAVORITE. I just adore her. Last year was the only season i missed & i really had no clue who the new judge was. But i love her this year. She is SO sweet & caring. I've always loved Simon & doubt I'll be watching when he's gone next season. Nope, i'll probably be watching his new show instead! (Especially if they really do get Howard Stern to take his place!) I like Randy too. And i LOVE Ellen! She's great. I'm glad she took Paula's place (honestly, Paula was getting on my nerves & i do not at all miss her this year!).

The Top 24 has all of my favorites from the initial auditions. The only one missing is HOPE JOHNSON. Don't give up, Hope! 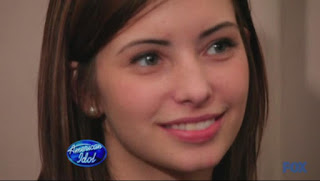 The girl is every bit as sweet & sincere as she looks. I couldn't believe they didn't keep her. I know she doesn't have the most spectacular voice, but she does have a beautiful voice & i think she'd get better & better. I don't know why they didn't keep her around. She is just a joy to watch & a sweetheart. She was really really upset about it (just began to cry & cry) but she is a strong girl! I think she will later count what a blessing it was to be a part of & keep on pursuing her dreams. And maybe she'll be back next year.

Other than that, I'm pretty pleased with American Idol's Top 24. Some of them i don't really remember. But the ones that are there, i'm thrilled about. These are my favorites & i betcha the WINNER is in this group! =) 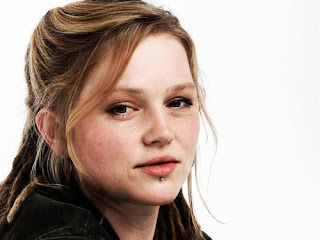 Crystal Bowersox might be my favorite. It's too early to know for sure. But i LOVE her. Her voice is AMAZING. And her guitar & harmonica playing, awesome. Not only that but she is so nice, sweet, a great genuine type personality. Seems humble. Don't you love how i talk like i know these people? Ah, well, you know what i mean. She is fabulous. She could win. 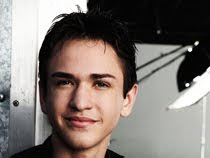 Aaron Kelly. What a sweet kid! As you can tell, i go for personality just as much as their voice. Because you know - they can't be a jerk. A jerk should not be an American Idol (that's why i was so glad to see that spiky haired 28 year old gal go. I forgot her name. but MAN she was full of herself, wasn't she?!) ANYWAY. This is about AARON. He is great. Sweetheart. AMAZING voice. Like they said in his initial audition. Such a shy kid but then that powerful voice comes out & it's like the shyness is gone! In Hollywood week, he forgot his words & i prayed they wouldn't hold it against him TOO MUCH! I know that is a pet peeve of Simon's, but after he remembered his words, he gave me CHILLS with that voice! I don't think he'll WIN, but i think he'll make the top 10. 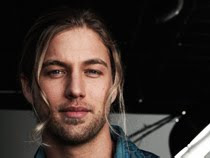 Casey James! He has quickly become "the crush" this year. Such a cutie & exhudes COOLNESS. =) I like his style. And i love his voice. He plays the guitar & he's awesome! Oh, yes. Not a lot to say about Casey except that "he's got it". We'll see. Wouldn't be surprised if he stuck around at least for the Top 3! 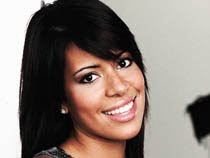 Ashley Rodriguez. Honestly, they didn't show a lot of her during Hollywood week. Not really. I just don't remember much. But at her initial audition, i thought she had WINNER potential. Her first audition was FLAWLESS. She also has the right look & seems like a total sweetheart. Isn't she gorgeous?! I look forward to hearing her sing more next week!

I have to say those are my Top 4. I would not be surprised if Crystal & Casey are the TOP TWO! We'll see!! There are others I like too & that may move up to my Top 4 list! I really am SO GLAD they picked Andrew Garcia over the other guy last night. Why? Do you remember when he sang Paula Abdul's Straight Up? I will never forget it. I thought "OH GREAT!!" (sarcasm) when he said that's what he was singing. And then he got started. It was a hit! It was brilliant! I loved it! I know Paula Abdul liked it too! =) 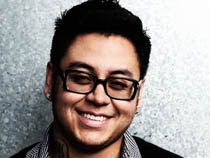 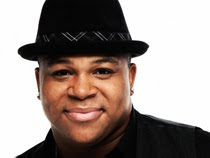 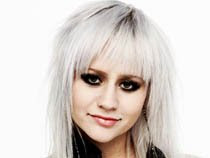 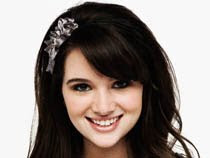 Katie Stevens
And the others, it's not that i don't like them... I just don't really remember them much. They may be favorites too! =)
So there's my take!
Posted by Melissa at 9:47 AM
Email ThisBlogThis!Share to TwitterShare to FacebookShare to Pinterest
Labels: BlogBook, TV