Oh my goodness, I am so excited!!!

And here is the best part. For the first time, we will be able watch LOST on TV with the rest of the world!! 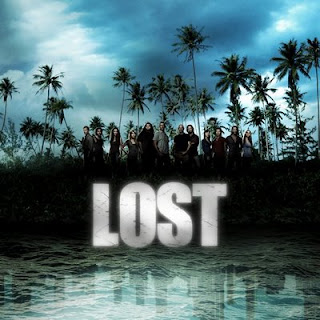 Yes, you see, we watched the first 4 seasons on DVD before Season 5 aired. Then we watched Season 5 with everyone else...only hours later. We didn't have cable & so we caught it online. But they don't put it online till hours after it airs, so we usually ended up watching it the next day. After Season 5 ended, we decided we'd either get cable or get an antenna so we could watch it with everyone else for Season 6! Brad said we'd do it before the season premiere on February 2nd. TONIGHT!


SO yesterday - the day before the season premiere & we're finally like "oh no! LOST is back TOMORROW! Whatarewegonnado!??!?!" 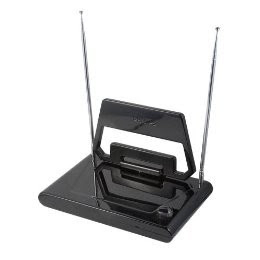 Philips HD Antenna - $10 at Walmart
So he did get it after work! And he came home & plugged it in. And it WORKED! Well, sort of. We had several clear beautiful channels & i saw that i would be able to watch American Idol if nothing else!! But we couldn't get ABC! Until, that is, he had me remove my beautiful EMMA tea pot & other dishes that are on display to put up this ugly antenna!! He said, "it's either that or NO LOST!" ... so i had to give in! But you know that's how it would go! OF COURSE it wouldn't get ABC on top of the TV or entertainment center like anywhere else! Oh no! We had to remove my beautiful dishes & pretties & make it all tacky!


Oh, well! I don't even care TOO much! Because we get to watch LOST! I can always remove it or make it look better some other time! (I HOPE!)


& you know - i have always had TV & loved it. But when i got married, Brad didn't have a TV. He had no desire for one. But i wanted one! I told him we didn't have to have cable, i just at least wanted to watch a movie now & then! So with wedding gift cards to walmart, we got ourselves a nice TV! But we didn't get cable. I just got Netflix. Well, now i'm remembering why i do not miss TV AT ALL. I mean, sure, i have missed certain shows at times, but i have also enjoyed that i read a LOT more & stuff like that. Anyway, while Brad was trying to get channels & such with the new antenna, Jerry Springer came on. UGH!!!! Ohhhhhh rblrfocoiirllkwedsauygoign! I don't know what else to say except that show makes me SICK to my STOMACH! Plus tons of loud commercials. NO THANK YOU!


I had thought for a time that i wanted cable & i guess i wouldn't MIND having it, so that i could have DVR & record shows & such. But i don't miss TV at all other than that!! You know how much this antenna cost us?! 10 bucks! Including tax! Seriously! It gets us about 6 beautiful clear channels. That is more than enough for me! =)

Posted by Melissa at 6:24 PM
Email ThisBlogThis!Share to TwitterShare to FacebookShare to Pinterest
Labels: BlogBook, TV