More pics from the weekend :)

As i said in my last post, there were some pics Brad's Aunt KK took at Granny's birthday party that I knew I'd want to share... 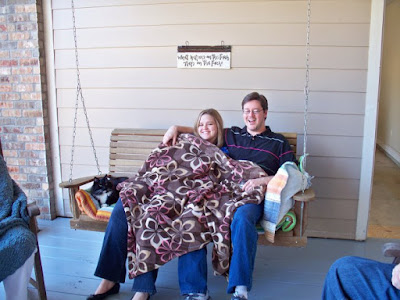 Me & Brad & Little Kitty (that's her name!) on the swing on Aunt KK's porch. It had gotten chilly so she brought us all blankets - now that's what i call hospitable! ;) 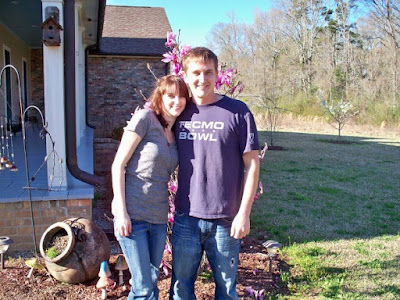 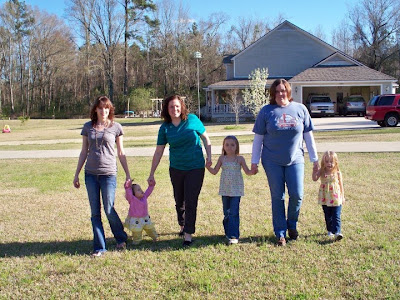 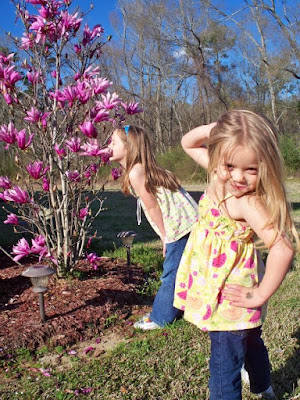 Kiersten smelling the flowers & Rylee...yeahhh...that child is gonna be following in her cousin lissa's footsteps! THEATRE! =)
Now here's the greatest. Aunt KK got us this card. It is sooo cute but she got it because it looks like Brad & I did as kids. ESPECIALLY BRAD - looks just like him!! Then everyone had the bright idea to reinact it! You have no idea how long it took - we wanted it to look just like it - not quite but good enough! HA! We even did it on their gravel road, got Brad a hat & backpack...HAHA. I had a little heel so i was taller than i needed to be... & couldn't get on my tiptoes to be as cute as the card! HAHA. But it's cute enough! ;) 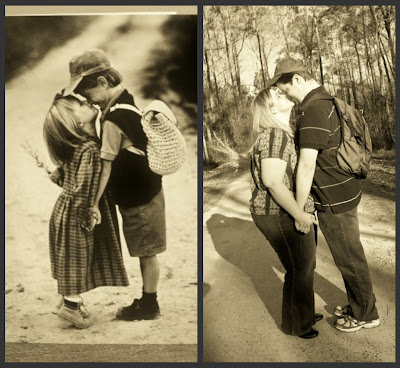 Posted by Melissa at 10:04 PM
Email ThisBlogThis!Share to TwitterShare to FacebookShare to Pinterest
Labels: BlogBook, weekends