Friday night the weather was horrible & it was expected to be awful yesterday, too! Not really the greatest time to have a family reunion, right? But thankfully the weather turned out nice after all! We had a family reunion at Brad's Aunt KK's & it was great. TONS of Brad's extended family... delicious food & lots of laughing. Mostly sitting on the porch swing chatting w/ the fam. I love it. :) I didn't take lots of pictures...hate it when i do that. :( 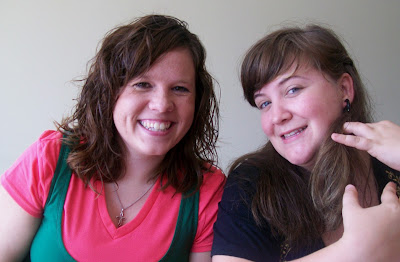 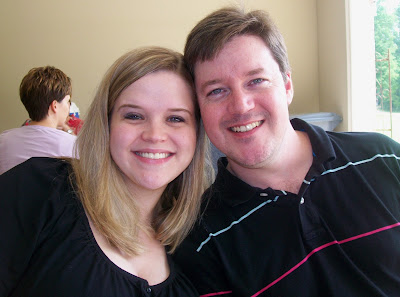 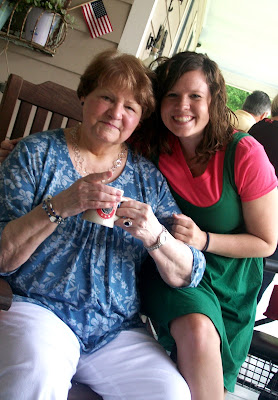 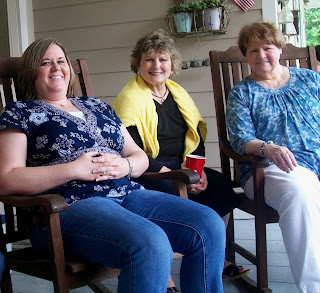 Jaimie, Aunt Phyllis & Granny
There were SO many more people there, though! It was a great time! After the reunion, we went home & cleaned house & then i got to cooking. We had two friends from the theatre come over for dinner. I really wish i took pics, but i just didn't even think about it! I have known Davis since i started theatre in 2006 & i met Robert during The Producers. They're both good friends & have a lot in common with my husband (they're both musicians too) & me too (theatre). When we went to Robert's bday dinner in January somehow Brad & i ended up seated in between Robert & Davis & man, i laughed the whole time between the two of them & Brad. Hilarious! Brad & I told them we'd have them over for dinner sometime & we finally did! I'm so glad! I tried a new recipe on them & it was pretty good (will blog it soon). And then we played Phase 10. I couldn't believe it: neither of our guests had played before, but Robert won & Davis was 2nd. I was 3rd & Brad lost. LOL. We had a great time, though!


It was a wonderful day. =)
Posted by Melissa at 11:34 AM
Email ThisBlogThis!Share to TwitterShare to FacebookShare to Pinterest
Labels: BlogBook, Family, Friends, weekends