a question about marriage

So i got a couple more questions on Formspring. YAY. Thanks, y'all!

Here is the first one -

"You might have already addressed this, but I'd love to know what the most challenging parts of marriage have been for you! I'll have been married 8 years in August and we are SUPER happy, but the first 1-2 years were INCREDIBLY hard for us!" 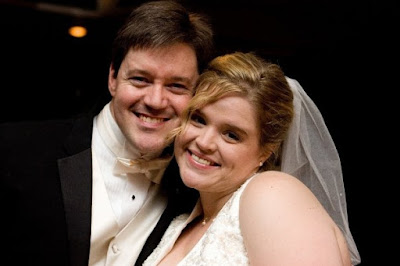 Thanks for the question!

And actually...HONESTLY...it hasn't been that hard. Like, at all. I feel like i should have to say that the first year was incredibly difficult or something... but it just wasn't. We were told over & over while we were engaged that the first year is the very hardest, but it wasn't. It was a dream! And it still is! We've been married a year & five months, btw. The only thing that was hard in our first year is that everything (appliances & cars) kept breaking down & we were sick more than we have ever been in our lives! That was no fun! But as far as not seeing eye-to-eye on things...not at all, really.
It has been fun, exciting, sweet, & wonderful. I always say it's like a neverending sleepover with your best friend - & that includes the movie nights, getting the giggles, & having tickle wars! (Though it doesn't include staying up all night, eating nothing but junk & being in sleeping bags on the living room floor! Haha.)
But seriously - I would have to say the hardest part of our marriage was while we were engaged. Is that wierd? But there were some situations we had to talk through & work through while we were still engaged. Not going to go into specifics here, but don't worry - it wasn't anything crazy & awful that would mean i shouldn't marry him! HAHA. It was just learning things about each other that we didn't necessarily LIKE - ways he handles things that i wasn't cool with or ways that i do things that he doesn't like. We didn't live together first, but we did talk about everything & through those conversations, we discovered some things we weren't okay with (or at least, we didn't think we were okay with! HA!). And also, some typical wedding planning drama that was no fun at all. And we had to talk through that as well. Plus, i'd just started birth control & i was an emotional MESS. It is a miracle he kept me! I'm sure at times he worried that he was marrying a crazy woman & that i wasn't the woman he found when he first proposed! But thankfully he stuck with me anyway! (& i was back to my old normal self pretty soon!) 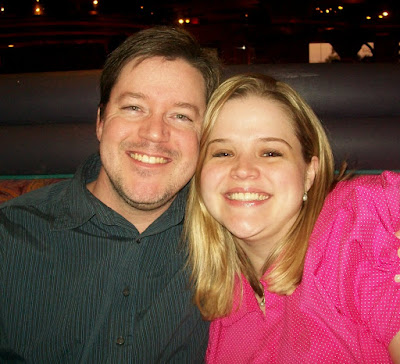 Anyway, since we've been married, there have been few problems like that. Sure we have the things we'd rather - but we learn to either get over it or fix the issue (depending on it's importance)! We compromise. We allow each other to be human. We are considerate & understanding. There are times he isn't listening (when i'm telling him a LONG story, haha!)  & i hate that. But there are times i go into la-la land when he's talking to me as well! But there is NEVER any fighting. Or yelling. EVER. Not in engagement or marriage. It's just easy. It's a good relationship that works well. Even when we disagree...we don't really fight. Though just last night i got an attitude with him haha. It was because i was cranky. And he knew that. And there are other times he may be in a bad mood & i understand & it's okay. But for the most part, we're laughing & smiling & kissing all the time. ;)
And don't get me wrong - i know that marriage is for a lifetime. And there are bound to be bumps in the road & things to work through. And i've had people tell me that the first year wasn't their most difficult, but their 5th or 6th - just because of circumstances at that time. So i know that things may happen that alter our over-the-moon state! HAHA. But right now - & so far since being married - things have been pretty awesome. Sometimes it feels too good to be true! And you know how they say, if something seems too good to be true, it probably is? I agree w/ that saying - but it's just not true in this case! :) 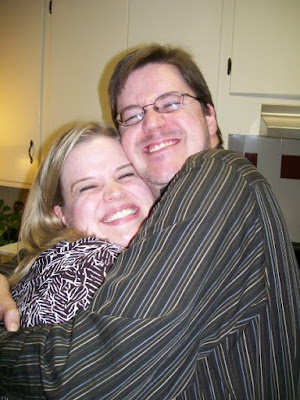 I love you, hoobie!
Thanks for the question! I will answer my other one in another post!
If you have a question for me, feel free to ask it in the box in my sidebar! Leave your name if you want me to put a link to your blog!
Posted by Melissa at 10:01 AM
Email ThisBlogThis!Share to TwitterShare to FacebookShare to Pinterest
Labels: BlogBook, Brad, Marriage