Every year the theatre has what is called the Beaux Arts Ball. It is always a ton of fun. Everyone dresses fancy & brings their cameras & has a really wonderful time. The purpose of the ball is to honor the theatre's volunteers of the past season. So this one was for the shows of the 2009-2010 season. From 7-7:30 there are appetizers, drinks & mingling. Then at 7:45 there is a program which includes a parody of the shows from the last season (which is always HILARIOUS), a couple of sneak peaks of the summer musical (Sound of Music) & they will also have a few people perform a song they did in a musical from the last season. They also do the awards... Best Actor in a comedy or drama, etc. The people presenting the awards are the people who won it last year. After the program, there is dinner & dancing. Dinner this year was from Ninfa's & Ruffino's! YUM! It is a WONDERFUL TIME! My hubby & i had a fantastic time last night. I think it is probably my favorite Beaux Arts Ball yet! PICTURE OVERLOAD coming up... but i hope you stick around!! Excuse my lengthy captions... =) 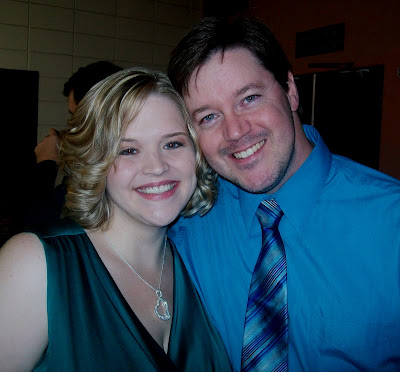 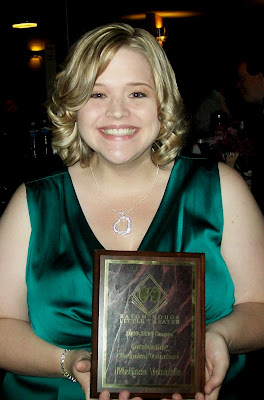 The biggest shock to me was that I won an award!! HAHA! I didn't expect this at all, but i won an award they give each year called "Outstanding Backstage Volunteer" award. It is presented by the technical director. I was truly surprised but honored to receive it! I was nervous because it meant i had to make a speech! EEK! & i had to climb those awful steps in HEELS in front of everyone! HAHAHA. I kept the speech short & sweet, but i really did not express to them how much i love them & how much i love being a part of that place! I don't remember all i said, but i hope it made sense! I know i thanked my husband - he is more understanding of my need for theatre than any other "non-theatre" person. It is great to have a husband who supports you in whatever you want to do! Anyway, it is an honor & i am thankful. My plaque says, "Baton Rouge Little Theatre/2009-2010 Season/Outstanding Technical Volunteer/ Melissa Venable"!  Still can't believe it! But very happy. It truly meant a lot to me. 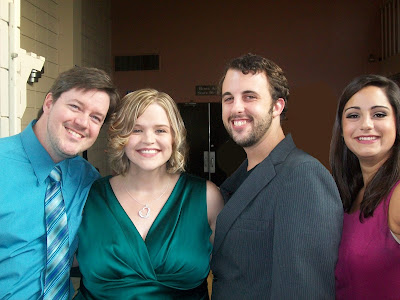 I met Tim & Marion during my first show Beauty & the Beast (actually, that's when they met, too!). So they were some of my first friends at the theatre. Tim & i became very good friends thru the years. The three of us have done several shows together (they were both in Urinetown & Best Little Whorehouse in Texas with me as well as B&B). Tim moved the day after last year's Beaux Arts Ball to go to college a few hours away. I am SO proud of him! Marion later joined him & is now going to school there as well. I was SO EXCITED when i heard they would be in town for the ball this year! It was so good to see them! 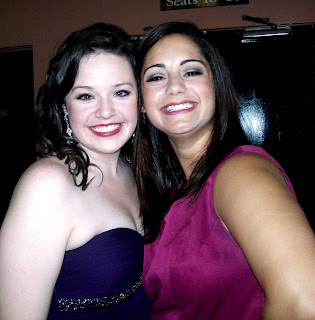 Shelley & Marion - i love these girls SO MUCH! Wish you could see them perform!! They both are great actresses & singers!!! 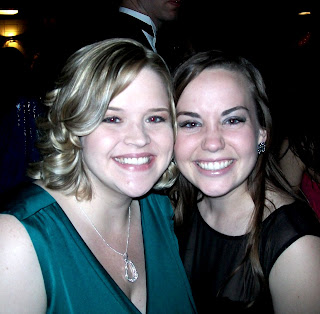 Me & my sweet Danielle - one of my favorite friends. She is such a sweetheart! 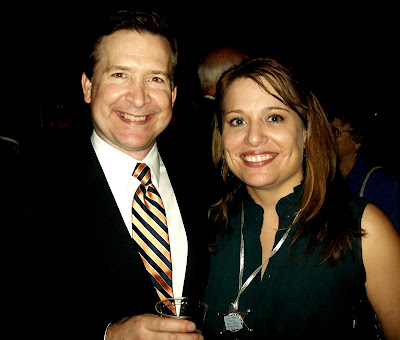 Lee & Paula. Ohmygosh, i love this couple! I met Paula last year during The King & I. This year, she is in Sound of Music. Well, we needed more guys for the ensemble & she recruited her boyfriend, Lee. I cannot tell you how much i love this guy - he is just so sweet & hilarious. We gave him a speaking part in the show & he was so excited, it was too cute. He is just one of those people that you just instantly like because he has the BEST personality - he's just very genuine, sweet, friendly. I love Paula, too - she is truly a sweetheart & i'm glad she found a guy like Lee. =) They make a great couple! 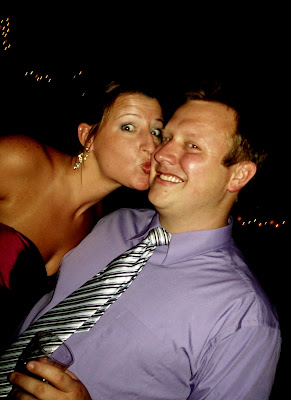 My friend Susan & her boyfriend Michael. HAHA - i love this pic! 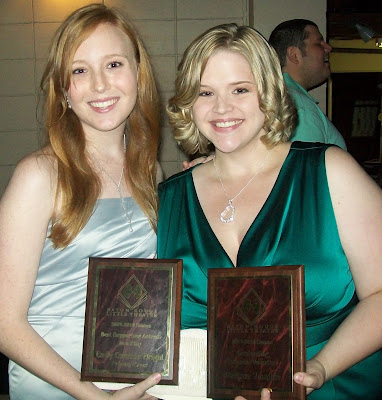 Me & Emily with our awards... she won "best supporting actress in a comedy or drama" for her role as Sybil in Private Lives. I was so happy she won it & SO PROUD OF HER. Love this girl! 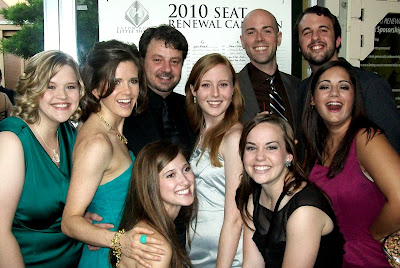 A bunch of the cast of Best Little Whorehouse in Texas!! 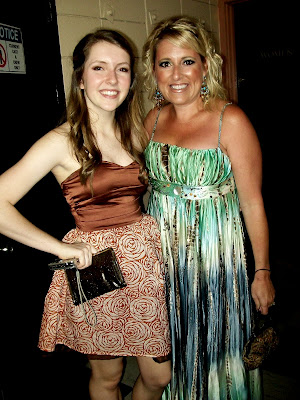 2 of my favorite people - Eryn Short & Kristy Coast. Eryn is Liesl in Sound of Music & i'm so happy for her - her first supporting role. Kristy is too sweet - we have not gotten to do a show together but i would LOVE to. She is HILARIOUS & super talented! 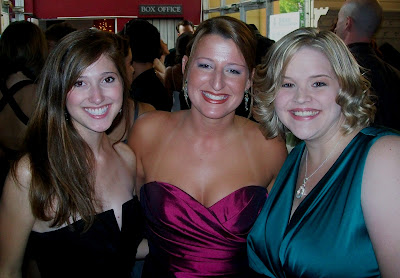 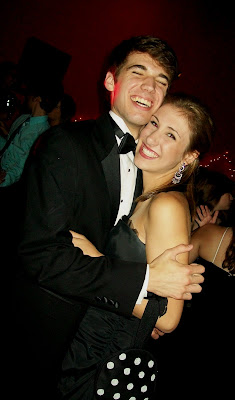 Kevin & Stephanie. They are so cute. I had no idea i caught Kevin mid-laugh but i love it! 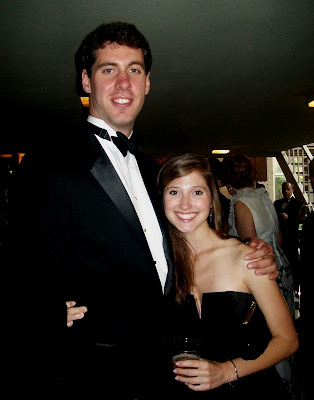 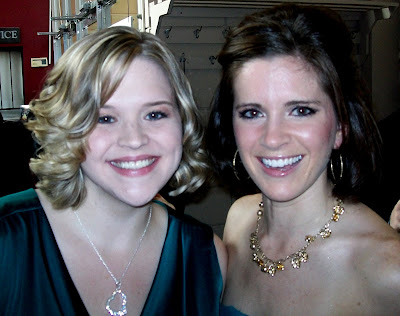 Me & Lauren... she is Elsa in Sound of Music. She is hilarious! 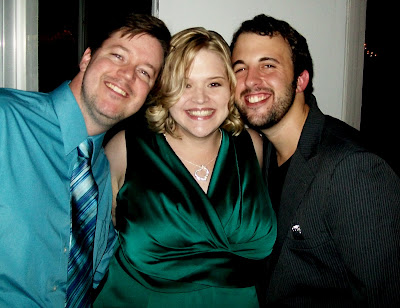 Another one of us with Tim!! We love this guy! & i'm so proud of him, too!
As you can probably tell, it was a very good night! An amazing time! I forgot to add that the BRLT's artistic director, Keith, announced what the 2011 summer musical is going to be - & it is going to be HAIRSPRAY!!!! How fun is that?!?!


So excited. I truly love Baton Rouge Little Theatre. Some of the best people i've ever met are from that place. I'm so glad i decided to get over my nerves & audition for Beauty & the Beast in 2006 - if i hadn't - i would have missed out on a LOT of amazing friendships. It is a wonderful place & we had a wonderful time last night! I'm already looking forward to the next one!! =)

Posted by Melissa at 11:47 AM
Email ThisBlogThis!Share to TwitterShare to FacebookShare to Pinterest
Labels: BlogBook, BRLT, Friends, party, Theatre