We had such a great day today at our 2nd annual PerryVenable Shindig. HAHA. That was in the subject line of an email i had sent to the family to organize this day & it seems to have stuck. Anyway, because Father's Day, Brad's birthday & Michelle's (my sister) birthday all fall within one week, we have decided to sort of make a tradition of celebrating the days all at once. My family & Brad's family have been friends since Jaimie (Brad's sister) & I were infants, so it's a great thing to get together AT LEAST once a year! (OK, a lot more than that...but this one is for sure!).

SO today was the day. Tomorrow is Father's Day, Tuesday is Brad's 35th birthday & Wednesday is Michelle's 35th birthday!! Today's event had me, my husband, his parents & sister, my parents & sister, & my sister's boyfriend. ALSO - my aunt - who lives 5-6 hours away - came in as a surprise!! She pulled into our driveway when me & all the men were outside where the steaks were grilling... we didn't even see her! My back was turned when i heard her say "What time's my steak gonna be ready!?" OMG! HAHA It was TOO FUNNY! I had NO CLUE she was coming. It was just great. For a split second i was thinking "that sounds like Aunt PAULA?!?!?!?" & there she was! HA! (I'm really sad i didn't get a pic of her...i kept meaning to but something would stop it... i was even thinking of it when she was napping right before we left - & i didn't think she'd appreciate it if i snapped one of her napping just to show she was there...I'm sorry, Auntie Paula!!!!)

Here are some pics from the day... we had a fantastic time! 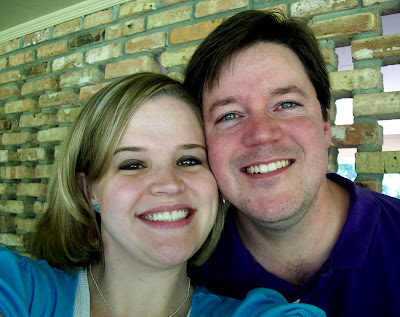 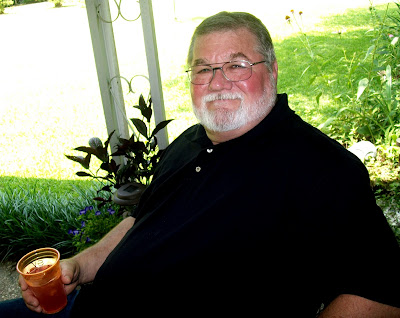 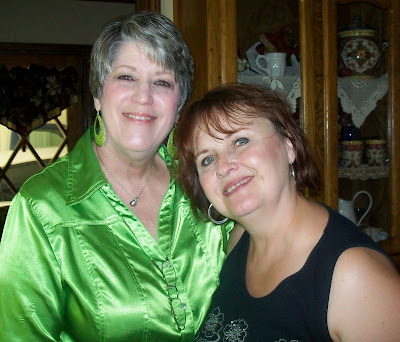 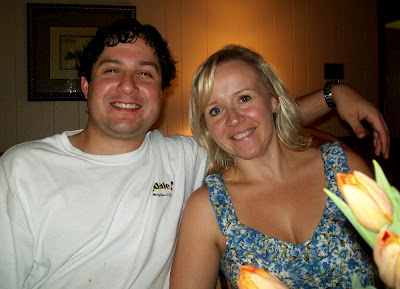 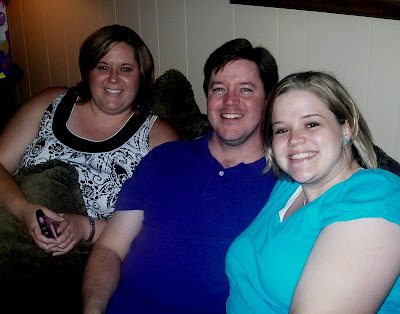 Us with Jaimie (Brad's sister)
We had a wonderful time & delicious food! Mom marinated the steaks & Mike grilled them (along w/ some chicken) - PERFECT! Mom also made this potato cheesy bacony deliciousness casserole, so good! Jaimie brought the perfect salad, Aunt Paula brought this awesome bread, I made peach cobbler & my mother-in-law made cream cheese pie! YUM! (No, i didn't eat ALL of that!). It was so good, though. YUM! We played Mexican Train (a dominoes game) & later we were all snoring in different places all over the house! HA! What a great day. My favorite part was the gifts... I could not WAIT to give Brad his gift because all i ever get him is Barnes & Noble gift cards because that is all he ever wants! He finally asked for something for his music production... Alicia's Keys. Basically, it's a computer program with the recording of Alicia Keys' piano keys - her custom R&B piano! I was THRILLED to get this for Brad & you should have seen his face! I told brad that i think he got all that he needed & wanted - he got that from me, Barnes & Noble gift cards from my sister & his sister, slacks from his parents & polo shirts from my parents (he was in desperate need of new clothes)! 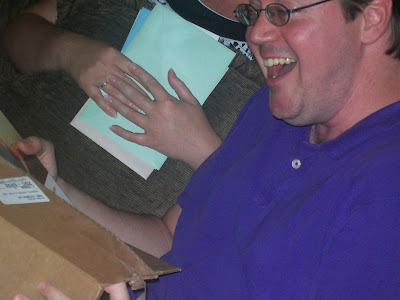 Brad after opening his Alicia's Keys!! =)
It was a great time!!! We had so much fun!! I love hanging out with our families. Good times.
Hope you are having a great weekend!
Posted by Melissa at 8:35 PM
Email ThisBlogThis!Share to TwitterShare to FacebookShare to Pinterest
Labels: birthdays, BlogBook, Celebration, Family