It's been a tough week, this week.
Really tough.
My husband's grandmother died. She was sick & it was expected, but still. It is tough. I didn't go to rehearsal last night because i just wanted to be with my hubby. He's been really stressed out about other things & this just adds to it. I went home & made him the dinner (see recipe in my last post!) & it was delicious! Then we just spent some time together. I went to bed early, too, something i couldn't do at all this week because of the show! Today he stayed home & visited his parents. His mom's mom is the one who passed away. Please keep the family in your prayers. The funeral is tomorrow morning. 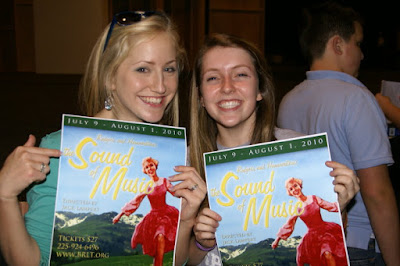 In other news, I'm done with the show! We're doing The Sound of Music. Usually i'd be really nervous right about now about calling all the sound & light & set change cues... but since we split it up to where I'm only stage managing rehearsals & my friend Susan is stage managing the performances - well, that means i'm done! Tonight is their preview performance, where everyone is given 4 free tickets to pass out to family or friends. Still technically rehearsal, but they won't stop the show unless there is a train wreck. :) Then tomorrow is opening night! I'm so excited! It is never possible for the stage manager to WATCH the show from the audience on opening night! Until now.  YAY!

My best friend, Sarah, is coming with me to opening night. I'm really excited. Usually Brad comes with me, but because he has so much going on right now, I told him not to worry about it. He will go with me later on during the run. But i'm excited my best friend can come with me! We haven't gotten together in FAR TOO LONG. We'll have to go to Coffee Call or something after the show to chat, because we have tons to catch up on! 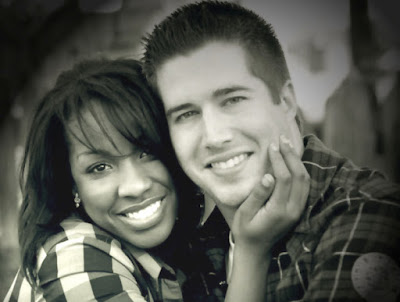 Then on Saturday, our friends Megan & Trey are getting married! Look at that beautiful couple! I have known them for years now & i am so excited about their wedding! Brad is playing the music for the wedding, so we have the rehearsal & rehearsal dinner tonight. Woohoo!
And Sunday is a bachelorette party for my friend, Amanda, who is getting married next Saturday! We are going to a local place called Corks 'n' Canvas, where you bring your own wine if you want & you paint a picture. It's a newer place here but it's become a big hit! I'm kind of excited! After that we're going to The Melting Pot, which is a fondue restaurant that everyone loves, but i have never been there! I'm totally excited about this!
So a fun- but busy- weekend ahead!