Goodness, I am SO tired & SOOO ready for the weekend. As always. :)

It's been an okay week! Tonight i have my "new member's orientation" at the YMCA. I'm kinda nervous because i have no clue what to expect. I'm always nervous for new things, but then i get over it in about 5 minutes. :) Anyway, after that they are supposed to set me up with a personal trainer. One free session. So that should be good!

Tomorrow I am going to see The Last Flapper, a new show that is playing at BRLT next week. It's a one-woman show & the lady in it asked me if i would stage manage. I didn't have to attend rehearsals, though, so that's cool. I am going tomorrow night just to watch it & then next week is the show! HA! (Yikes?) It will be okay. (I am running sound & lights & have about 1 day of practice. But it should be fine...i hope...) :)

Then Friday, it's back to the Manship Theatre to house manage Goin' to Jackson. I really enjoy house managing there. It's fun - & you get to see the shows (if you want to). Goin' to Jackson is HILARIOUS. Jamie Wax is the actor in it - he plays about 6 different roles - a doctor & some patients in Jackson Mental Hospital.  It is amazing watching him play each role & they are completely different from each other. He wrote this show himself & has been doing it for 20 years now. I saw it back in high school & now i'm seeing it again. It is very funny - you laugh until you cry, but it is also very touching & has some meaningful lessons in it. Here are two of his characters: 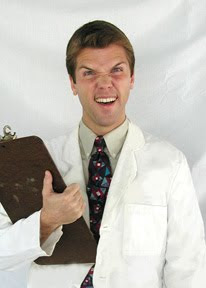 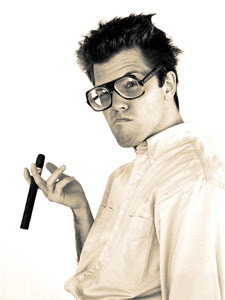 I'm looking forward to working the show again!! He's retiring the show after awhile so this will be the last chance if you are in town & wanna see it! You can buy tickets here. It's this Friday at 8 pm at the Manship!

Then Saturday I am going to a wedding. Jennifer & Kirby. They are the youth directors at Victory Harvest, the church that i attended for about 17 years or so. I only recently met Kirby, but i have known Jennifer forever. I remember bringing her a Psalty tape when she was about 5, she was recovering from getting her tonsils out (or something... i have no idea....i was a kid too!). Anyway, i can't believe she is old enough to get married...but she is. SCARY! Anyway, i look forward to seeing her get married. Brad can't go. He's working SO HARD on his music project, but his deadline is getting close. It's okay - i will have fun anyway. Lots of my girlfriends will be there! 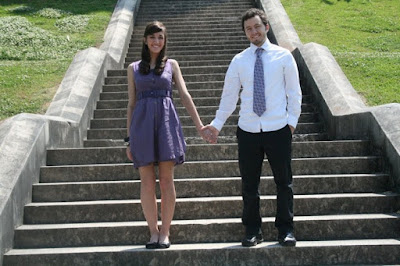 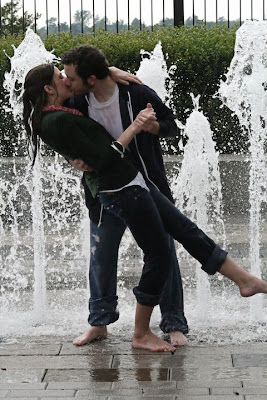 
By the way...Sound of Music is over now. The last show was this past Sunday. But guess what!? On Saturday night's show, there was a proposal at Curtain Call in front of a sold out house!! I am sad i missed it! Lee, who played the Butler, proposed to Paula, who was Sister Sophia! She was VERY surprised & so was the cast (only the directors, stage manager & 2 lead actors knew)! How exciting! Thankfully they got a pic! 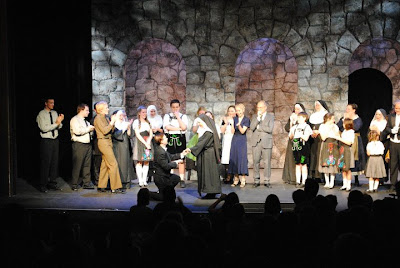 You can also watch the video - i couldn't hear everything he said, but it's still cute!(It made me laugh that apparently 2 of the Nazi's didn't know about it!)

And so you can see them NOT in costume - 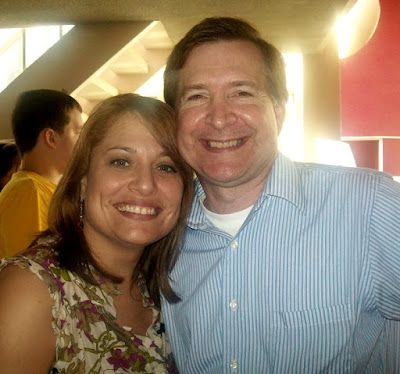 So that's all that's going on for now! Hope your week is happy! :)