Tonight I worked my very-part-time job as House Manager at the theatre downtown. And once again... i forgot my camera & wished i hadn't! Argh! It's just ridiculous! Sometimes i forget. Other times i assume i am not going to need it. Every time i wish i had it! Maybe this will sink in after i blog this? Except i'm not bringing it tomorrow because it's just a film festival & what am i going to do... Take pics of the movie screen? No. 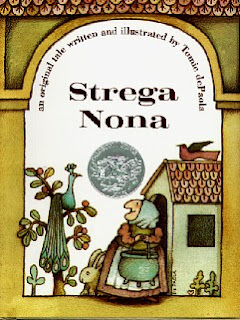 It was PRECIOUS. Sooo cute. It reminded me of when i did a tour with a children's theatre & i just loved it. SO much fun. This group was FANTASTIC. I loved them. :) They played with the audience & it was hilarious. Great show, so you should take your kids if it's in your area!

A camera would be nice because...well, for the B-52's there was cool decor everywhere...it needed a picture. I would not have actually asked a B-52 to take a pic with me, haha. They pretty much stayed in their dressing rooms anyway until it was time to walk to the stage. Then, a band called The Lost Fingers came & typically i would not ask these groups to take a pic with me, but someone on staff who is in a higher position than i am - well she was with me & she had me take pic of herself with them... & they were so cool about it - i would have done it at that moment, if i had only had my camera with me! Oh-well. No biggie, except it'd add pics to my blog posts... which would be nice. :)

Tonight, i didn't need it for the children's show, but right at the beginning of the show, Neena walked in! I was so happy to see her! Neena was my director for the touring show i mentioned earlier. That was three years ago. She is the BEST! She is actually my role model - she is this fabulous actress AND director AND storyteller...she is a Christian...she is HILARIOUS...and she is married & has two kids. She is amazing. :) And fun! And that is why i wished i'd had camera tonight...to take a pic with Neena!

Not only that. But I got there early tonight...around 5:15 when i didn't have to be there till 6:00. Well, i came in, changed clothes, got stuff ready for the ushers, & then ran next door to pick up my dinner. I'm walking there & this restaurant has tables outside...so at one of those tables, i see a girl i know & as i'm squinting at her going, "is that mary elizabeth???", the chic next to her turns, sees me & screams, "TOOTIE!!!!!!"

The "screamer" was Paige & she was one of the directors when i was in A Christmas Carol in 2006. My character was named "Topper's Wife" & one day, i was rehearsing & she said my character reminded her of Tootie from Facts of Life. So that immediately became my character's official name...everyone in the cast called me Tootie after that. So it is very rare that i hear it anymore, but when i do, it makes me happy. Haha. Idk why. Not that i would love that name in any other circumstance. So then the whole table she is with looks at me (about 10 high schoolers) & i realize i know a few of them from that show! And they were all like "AW, it's TOOTIE!" & they were jumping up to give me great big hugs, haha. I realized that these were our guest ushers for the night! Awesome. :) So i would have loved a pic with all my old friends from A Christmas Carol, too.

Speaking of bringing your camera...after the show, some parents wanted to know if the cast was coming out to sign programs & stuff. I went backstage & talked to their stage manager & found that no, they were not coming out. (Boo.) So i went back & there was a couple waiting with their daughter...she was probably 5 or 6. And i told them i was sorry but the cast wasn't coming out. The girl was disappointed but i mean... she wasn't throwing a fit or anything! She was perfectly fine. But her mom is like, "Well, why don't you take a picture with this nice lady..." talking about ME!

Seriously? Come on. I mean, don't get me wrong... i do not mind smiling for a pic. However, this child didn't want a pic with ME! I mean...i'm just the girl in all black clothes with some sort of nametag! This child has no clue who i am or what i am doing at the theatre! WHY???? I don't know WHY this mom did that. There was no reason at all. But i did it. I held the children's book, leaned down to the kid's level & smiled for the camera. But really? That was DUMB. DUMB! It was just awkward & uncomfortable & silly. The child wanted a pic with the cast. They weren't coming out. She was handling that news just fine... i don't know what the purpose of that was! The sweet girl took the pic with me but she was obviously feeling ...i don't know... like "okay....?! who is this lady & why is my mom making me take a pic with her???" And then the mom said, "tell the nice lady "thank you"" & so she told me thank you. But yeah... that was just....goofy.

Actually maybe she was just a blogger & wanted SOMETHING to capture the night?!?
Posted by Melissa at 10:34 PM
Email ThisBlogThis!Share to TwitterShare to FacebookShare to Pinterest
Labels: BlogBook, Books, kids, Theatre, work