So the Twilight cast is here in Baton Rouge getting ready to film the next movie.
A lot of people are talking about it.
This is the thing. I am not really into Twilight. At all. I read the books & enjoyed them enough, but didn't LOVE them. I thought they were weird. I thought they were well-written, but weird. I still watched the movies Twilight & New Moon, just to see the book come to life.. There were some cool things about it, but for the most part i wasn't that into it... I think i could go the rest of my life without watching anything twilight-related. (Actually, i probably WILL watch Breaking Dawn, just because it's filmed in my city & that's always cool.)
However.
I love actors. A working actor = awesomeness. Celebrity sightings for me mean actor sightings (i could care less about meeting Paris Hilton. It's the actors i want to meet!). I know they are just people, but they are people who happen to be actors. I love actors because i love to act. I am extremely interested in that field & would love to talk to a film actor about their experiences. And though i would never ask for an autograph, i'd love a picture with one of them! So please do not judge me for being excited about these actors being in town! Even if you could care less about celebrities, there is likely someone who is a celebrity to YOU that you would love to meet, to talk to, because they are doing what you want to be doing. Do you know what i mean?
Anyway... back to celebrity actors... 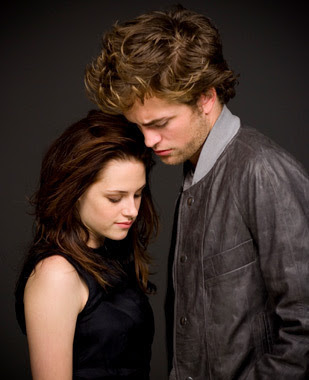 You may say that Kristen Stewart is not a good actor. It doesn't matter. Maybe Twilight isn't her best, but i am not sure that she would be a paid working actress if she doesn't have some talent. I think she is good. Not GREAT. Not amazing by any means. But decent. And probably better in other things. I want to see her in the Runaways to see what i think. Anyway. She is still an actor & i wouldn't mind spotting her somewhere!
I would be most excited to see or meet Dakota Fanning. She is a FANTASTIC actress in my opinion. Love her. I see that Maggie Grace is also in this one. She was in LOST as Shannon. She is gorgeous!
Robert Pattinson bought a bike here in Baton Rouge recently. He bought it at Capitol Cyclery where i bought my own bike. I think it would be awesome to call someone & tell them i just sold a bike to Robert Pattinson. They said he was very humble & kind.
Ashley Greene & Joe Jonas were spotted eating at California Pizza Kitchen in Perkins Rowe. 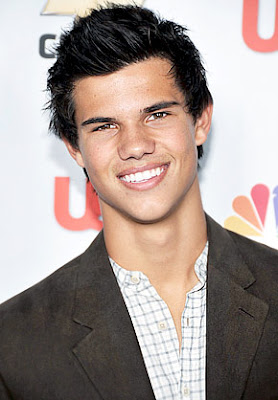 Taylor is another one i'd want to meet. You know why i like him? No, not because of his looks (i do think he is a great looking guy, but um yeah...he's 18. I feel kinda weird calling an 18 year old "hot"! I am 32 for crying out loud! Yick!) But you know why i like him? Because they weren't going to cast him in New Moon. He wasn't built enough for the role, because New Moon is when we find out he is a werewolf. He was, what, 14 at the time?! Well, he worked his butt off & re-auditioned for New Moon. And he got it. He earned that role. That is what i like about him & that is what makes him a REAL actor.
So anyway. Here's hoping i see one of them! They are scheduled to be here for the next 7 months!
P.S. I have heard that Patrick Dempsey likes to walk the LSU lakes. Maybe i will run into him one day! HA!
Posted by Melissa at 11:47 AM
Email ThisBlogThis!Share to TwitterShare to FacebookShare to Pinterest
Labels: BlogBook, celebrity, movies