not exactly as planned...

But after the show, we headed straight home. 3 hour drive at 11 pm. Yikes!

We left Baton Rouge at 1 & i was so excited! We had a 3 hour drive ahead of us, but it went by pretty quickly. We got to the hotel which was SO cute. I loved the whole town actually. I think we should move there! It's clean, cute & quaint. I loved it. We went inside, checked in, got our gate code (for parking) & our room key. I was so excited! We got in our room, which was too cute. It was stuffy, but we could hear the a/c running, so we assumed they'd just turned it on & it was taking awhile to cool off.

I took pics of our room. I changed into some comfy clothes, still excited & got in the bed. I was so tired & just wanted a little nap before the show.

In no time flat, i was pouring sweat. My cheeks were red. It was HOT in there! Brad looked at the a/c unit thingie & it was putting out hot air. After playing with it for a bit, i called the front desk & told them i thought our a/c was broken. She said she would be right up. I put my jeans back on.

She came up, looked at it, apologized & said she'd call the a/c man. I was not upset YET, but i was getting there. Haha. By this time, it was 5:00 & i was thinking a nap wasn't going to happen if they couldn't get the problem fixed right away!

About 5 minutes later she calls & says that the a/c guy cannot come until tomorrow. She was like "so, i mean, um, is it going to be unbearable?" I told her yes. It's HOT! She said she would "try" (with emphasis on that word) to find us a fan while we were at the play. Um, no...we need a fan NOW. I want a nap NOW! I have paid for this room & i was told there would be air conditioning!! She made no indication of giving us a discount or anything! Just a half-hearted apology & a half-hearted "i'll try to get a fan for you". There were no other rooms available.

I was mad. I acted like a brat, i'll be honest. See, there were other things also going on. #1, i'd worked 15 hours on Friday & was EXHAUSTED. #2, i had gotten up early on Saturday & didn't get enough sleep. #3, It was that TOM. #4, i REALLY needed a nap. HAHA. Melissa & exhaustion do not make for a calm, even-tempered woman. Haha. So yeah. I kinda threw a fit. I was crying, i was cussing, i was not happy.

Brad suggested we just go home after the play. Neither of us felt like going through the trouble of finding another hotel. Especially if we weren't getting money back! And once he got it in his head that we could go home, he was pretty set on it. I was in agreement with that, because i didn't want to spend any more money & i didn't want to find another hotel & get situated again! It was really close to time for the play now. I'd rather just stay where we were, get ready for the play, pack up the car, watch the play & go home. However, i was still REALLY upset because i was SO looking forward to this weekend! Not only because of the play, but i love getaways, it was a romantic hotel & i was looking forward to a romantic evening with my hubby. Even if it was only for one night.

Brad went downstairs to talk to the girl at the front desk. I usually take care of that kind of stuff, but he was clearly the more even-tempered person at that point! :) I wanted to see if we were going to get some kind of discount even if we did stay. Brad came back up a little while later. He had gotten half of our money back & said we were going to leave after the show. He said the girl was very nice & apologized but that was all he got back...half. We'd put down a deposit when i first booked it. That part was non-refundable. However, we never would have canceled if the a/c had worked properly! So i really think we should have gotten ALL of that money back. Brad feels the same way now & is going to contact them about it tomorrow. We will see what happens. Maybe they will make good on it. :) And seriously...even though we should get our money back... if we don't, i'm not that worried about it. I mean, i'd be thrilled if we got all of the money back but half is better than nothing & i don't feel like making a big deal out of it. It was a super nice place, i just wished they'd had another room to put us in.

After it was clear that i couldn't take a nap in that heat, we went & sat on the balcony. It was SO nice outside. I was calming down from my little hissy fit. I touched my eye because it felt dry & i usually just move my contact a little bit & then it will feel better. Well, i realized...there was no contact in my right eye!! I'd cried so much, i apparently rubbed it right out of my eye! I have been wearing contacts since 6th grade & it has been a very long time since i've done something like that! I was like, "what is the deal?!" Thankfully i had my glasses, because i cannot see without them & i'd be mad if i had to watch the play like that! & i can't wear just one contact or i'll get a horrible headache!

Brad & i were like, "Seriously?! What is our deal with roadtrips?! Are we cursed or something?!" LOL. Because the last trip we went on just the two of us for our 1 year anniversary? Yeah, we broke down halfway there. Had to leave our truck in Beaumont & take a rental the rest of the way to San Antonio. And our honeymoon wasn't too bad but we got pretty lost trying to find our ship for our cruise! HA! It wasn't too bad though! Brad says apparently we can only survive trips if other people are with us since the one to Florida with my parents was smooth as could be! I told him we WILL have a successful trip, just the two of us, one day! HA!

After the show, i was in much better spirits! I was pretty much over the whole ordeal. A little sad, but okay with going on home. We stopped at a gas station, got some snacks & a drink & took off. Brad drove the first 2 hours & i drove the last one. We made it home at 2 am. Yikes! Went straight to bed & slept till 11 o'clock this morning! Woah!

I took pictures, though! And i made Brad promise to take us back! It is the cutest town! I always say i want to move to Savannah Georgia or Charlotte North Carolina just because i have this idea of what those places look like. Well, Natchitoches fit that visual as well! I told Brad we should move there! HA! It was nice! I will tell you about the play in another post. :) 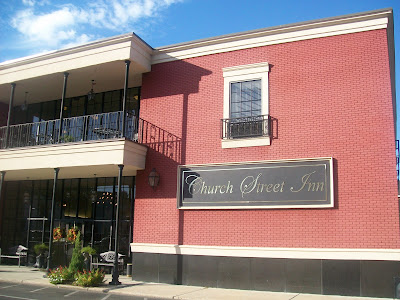 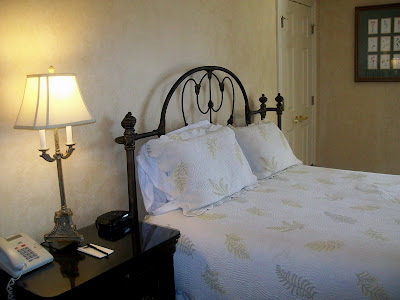 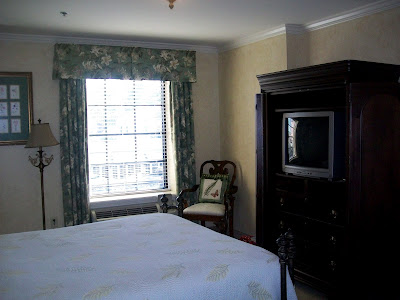 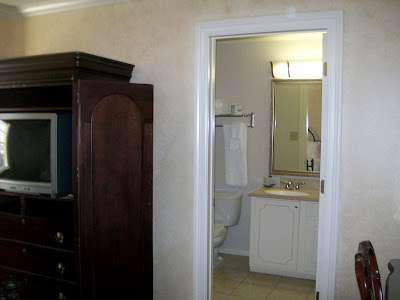 Posted by Melissa at 5:27 PM
Email ThisBlogThis!Share to TwitterShare to FacebookShare to Pinterest
Labels: BlogBook, ROADTRIP