Tonight, I will be rep'ing again at the Manship. The band? 100 Monkeys. 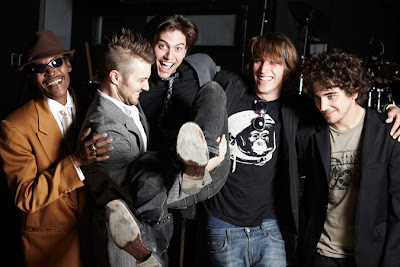 *photo from the official 100 Monkeys website.
I just love this picture. They're cute!!
(I don't mean that in a teenybopper, omg-they-are-so-hot kind of way. I just mean they look like they're having loads of fun & some of those smiles are infectious!)
The show tonight is sold out. The band is supposed to be really good, and are described as funky rock-and-roll. They have all kinds of fantastic reviews. Rolling Stone magazine lists them as one of the top ten bands to watch out for in 2010. And here is what they say at the Manship Theatre.

But do you wanna know why this show is really sold out?
Recognize any of the band members?
Like, the third one from the left? (It's okay. I didn't either.)

That is Jackson Rathbone. Aka, Jasper, from the Twilight movies. 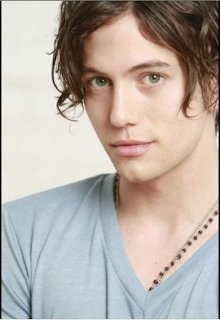 Or maybe you are more used to seeing him like this: 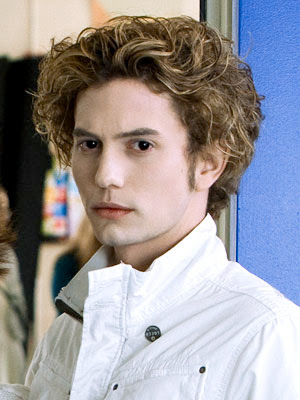 I have to say. I'm pretty thrilled to be rep'ing this show. Will be backstage with the band. Instead of in the lobby with a SOLD OUT AUDIENCE full of twi-hards. :) Just sayin'.

And honestly, i'm sure there are people coming to hear his music. It's just that i know a lot of twi-hards will be coming just to see & hear "Jasper"'s band play. And they are probably hoping to catch a glimps of Robert Pattinson or Kristen Stewart. But, really? Doubt they will be there! I am sure they'd stay farrr away from a crowd like this! And i'm SURE they've heard their friend Jackson play before!

Anyway... I'm not really looking forward to it right now... i have to be there by 5, and the show is not until 8. Which means it will probably end around 10:30, and as a rep, you stay until the performing artists are gone. If they are signing autographs, then it will be FOREVER. If not, then probably not.

P.S. How do you like my new blog design? My friend Laura did the header for me. SO CUTE! Thank you, Laura!

P.S.  i am not a fan of the twilight movies. liked the books okay, but was never just...the kind to stand in line for a midnight showing, you know what i mean?! in fact, the only reason i will even watch the next one is because it is being filmed here. But yeah... for some reason i always feel the need to clarify that. :)
Posted by Melissa at 1:51 PM
Email ThisBlogThis!Share to TwitterShare to FacebookShare to Pinterest
Labels: BlogBook, Manship, music, work