Well, it's been a great day! Another day off work, woohoo!! It's been rainy & yucky all day, though. But it didn't stop me from getting out & about. I really wanted to run to Hobby Lobby (LOVE!) & Kirklands. I went to Kirklands first & didn't see anything i wanted. Well, Lane Bryant is next door. I went in there & got two sweaters that were half off. Yeah!! One is blue & the other is black. I have to wear black at the Manship job & i have no long-sleeved black shirts! The last few times, i've worn the one that says "LOVE" just because i'm not going to freeze in my short-sleeves! But today i found a solid black sweater. Yay!

I ran to Starbucks after that just to use their restroom. That's ridiculous. I have to pee ALL.THE.TIME. I am not pregnant. But i used to have the world's largest bladder. Let me just say, having to stop in a place JUST to pee does not make me happy! And if being pregnant (one day) is going to make me pee more, then i might as well just move my desk next to the bathroom at work! I mean, seriously! {I realize this is all TMI & I think maybe i should write a pee post for "Girl Talk" soon, becaues seriously, i have so much more to say on the topic! HA!}

ANYWAY, i went to Hobby Lobby & spent WAY too long in there! My feet were killing me! Got several picture frames for some pics i had printed. Got a mini 2011 calendar for work. Got some sharpie pens (my fave! And, Amanda, i got the kind Matt got you! NOT cheap! But so worth it! HA!). Went to Walmart for some toiletries. And got 2 pair of danskin capris for working out! Mine are all just in terrible shape!

I just realized i got a black & a royal blue pair of workout capris.

Same colors as the two sweaters from Lane Bryant.

How about some variety, Mel?
ANYWAY, time for some FRIDAY/NEW YEAR memes! :)

1. How long does your Christmas tree stay up?
Well, i'll take it down tomorrow or Sunday. So, within the first few days of January.
2. Do you have plans for New Year's Eve?
Yeah...to chill with my man. We'll (FINALLY) watch ELF, maybe play a game & we already ate some pizza. :) I was kinda sad because Brad said he doubts he'll make it till midnight. ...and then i started yawning... HA! We'll see.
3. Do you have any new year's resolutions?
Definitely...they've been running through my head but i haven't sorted them out yet. Will write that post probably tomorrow.
4. How did you spend New Year's Even when you were younger?
I don't remember...something different every year, i'm sure!
5. What was the best way you've ever spent New Year's Eve?
Uh, i don't remember that either. HA! 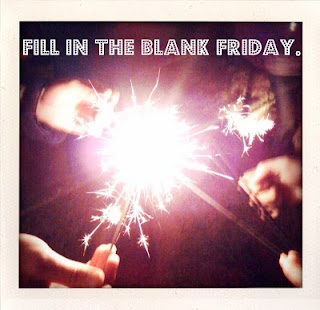 1.) New Year's is (awesome/lame/other) awesome! I mean, sure, we may not celebrate big time, we may even be in bed before midnight, but i LOVE the idea of a new year. A fresh slate. A new beginning. I love wondering what is ahead in the new year.
2. Last New Year's I think we went to bed early...
3. My New Year's resolutions will be discussed in a later post, but will include the obvious things (health, Bible) & some not so obvious things (maybe learn some piano? And maybe i should stop biting my fingernails?).
4. The best way to spend New Year's is with a huge bonfire, yummy smores, fun games, and good family & friends. :)
5. My prediction for an up-and-coming trend in 2011 is ummmm, i haven't a clue.
6. This New Year's Eve will be low-key...I will be staying in with my hubby, eating pizza, watching Elf, maybe playing a game or something...and hopefully staying up past midnight!
7. A fresh start is a good thing! Sure, you can start fresh anytime, but for me, there's nothing like new year! (Or new month, or new week, or day...whatever!) :)
HAPPY NEW YEAR!!

Posted by Melissa at 7:33 PM
Email ThisBlogThis!Share to TwitterShare to FacebookShare to Pinterest
Labels: 5QF, fill in the blank, memes, New Year