One thing i learned while making this dish: When Taste of Home says quick, they mean QUICK! I seriously couldn't believe how fast this was done! Sure, there was some prep involved, but after that, it was ready in ten minutes. And to me, ten minutes is QUICK! :)
This recipe does not contain real homemade dumplings. But it was delicious. Brad said, "Melissa, there is no difference in this & homemade at all!" And coming from Brad, who was raised on some seriously good country cookin...the boy knows what he's talking about!
And, without further ado...
Quick Chicken & Dumplings
thank you, taste of home.
6 canned biscuits (I use the Pillbury "simply" kind. So good.)
1/4 cup chopped onion
1/4 cup chopped green bell pepper
extra virgin olive oil
4 cups shredded cooked rotisserie chicken
2 cans (14.5 oz each) chicken broth
1 can (4 oz) mushrooms, stems & pieces, drained
1 tsp. chicken bouillon granules
1 tsp. minced fresh parsley
1/2 tsp. dried sage leaves
1/4 tsp. dried rosemary
1/4 tsp. pepper
*all measurements come from the original recipe...i have listed them in case you need measurements. i now just kinda throw it in there, but once upon a time (not so long ago), i'd freak out without an exact measurement. So, i understand. :)
Cut each biscuit into fourths, set aside. (I actually had 8 because that's how many came in the can i got!) 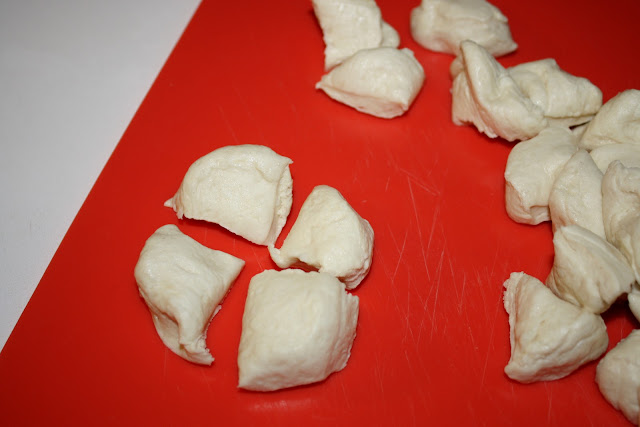 In a large saucepan, saute onion & bell pepper in oil until tender. 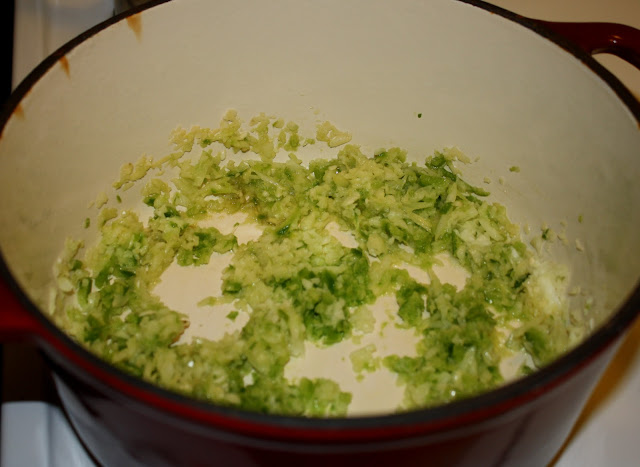 Stir in the chicken. I typically would cook some chicken ahead of time. OR (more often than not), i'll pick up a rotisserie. However, when i stopped at Walmart, they were out of rotisserie chickens! (Grrr.) After a long hard day, i was not up for cooking chicken (i wanted to start the recipe right away) & i was in no mood to stop at ANOTHER store. So, i got these...& they worked just fine! They were good! I would get a rotisserie next time...cheaper & delicious! But if that just isn't happening, this isn't a bad thing. Just in case you were wondering. :) 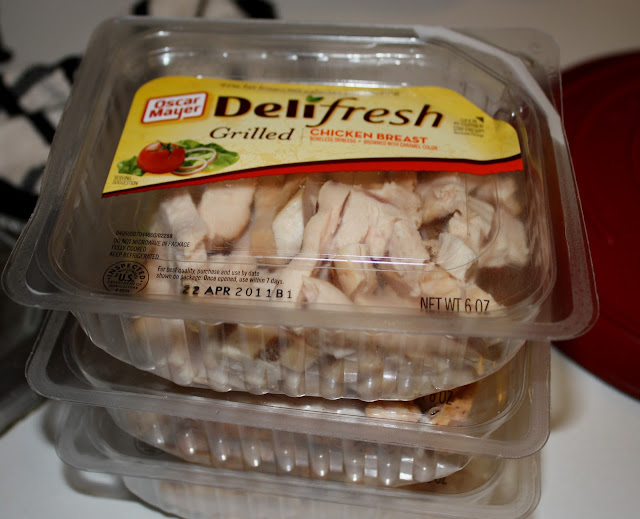 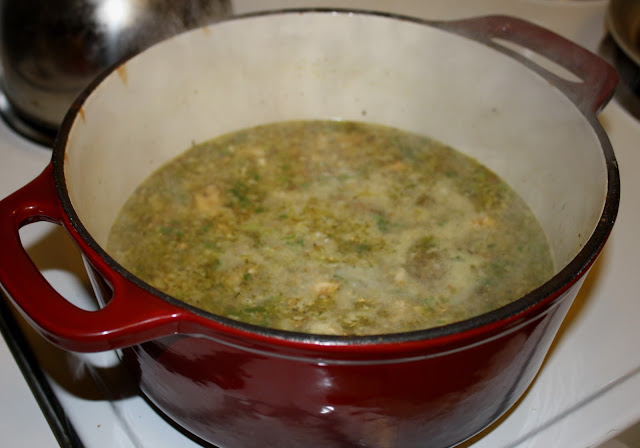 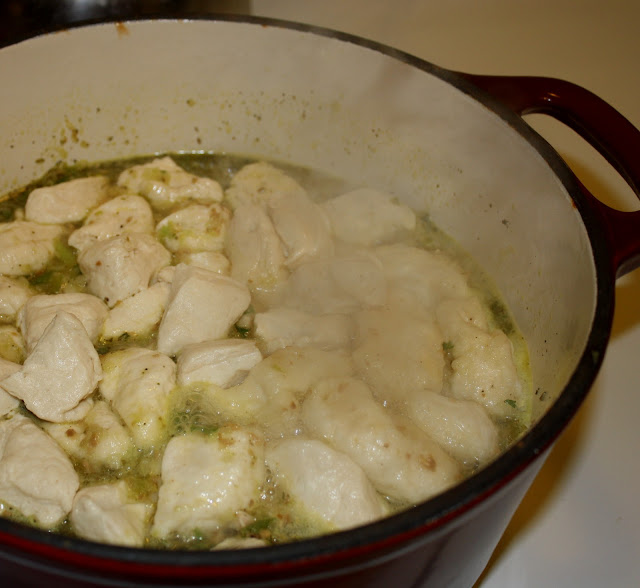 Cover & simmer for 10 minutes or until a toothpick inserted near the center of a dumpling comes out clean.
OH, and, you may be tempted to make faces like this... 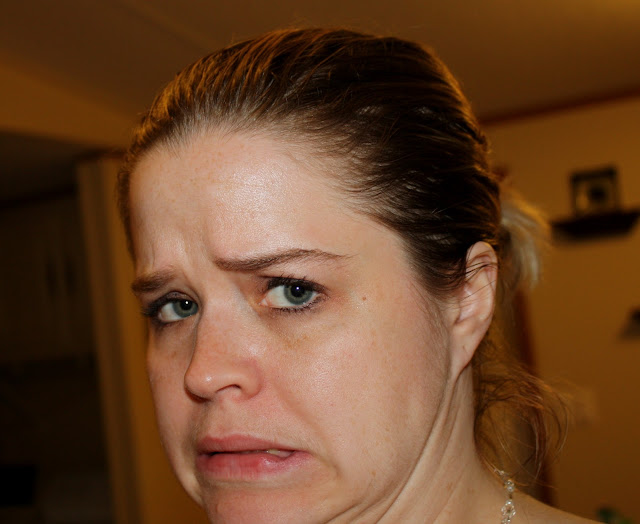 ...if you've never thrown biscuit dough into a pot of simmering goodness. You will look at it after it simmers for 10 minutes & question if the dough cooked. But don't. It's okay. It just looks not done because the broth has soaked the biscuits. But it's supposed to be that way. And it's perfect. So no worries! :)
ENJOY! 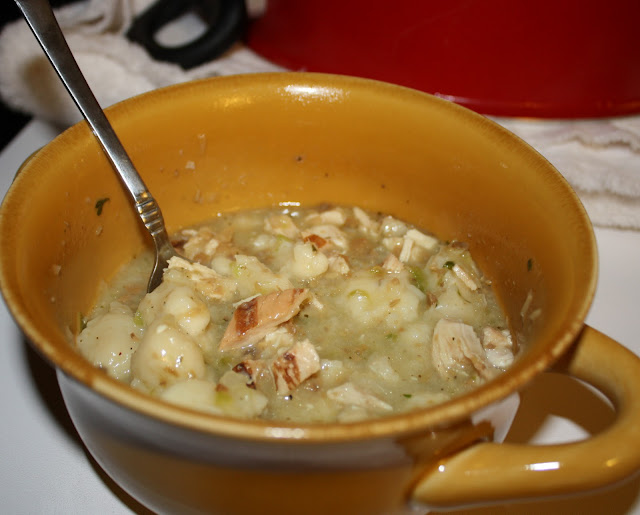 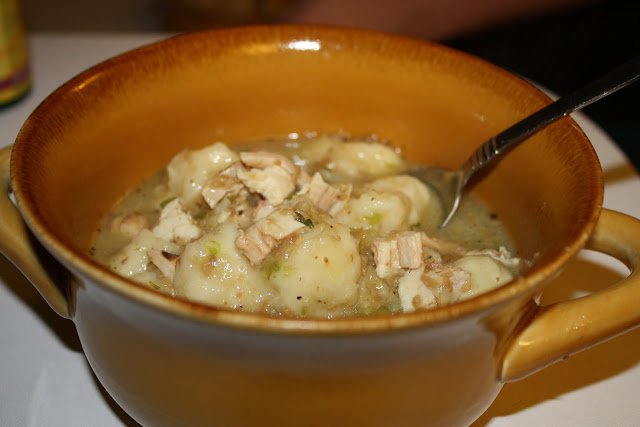 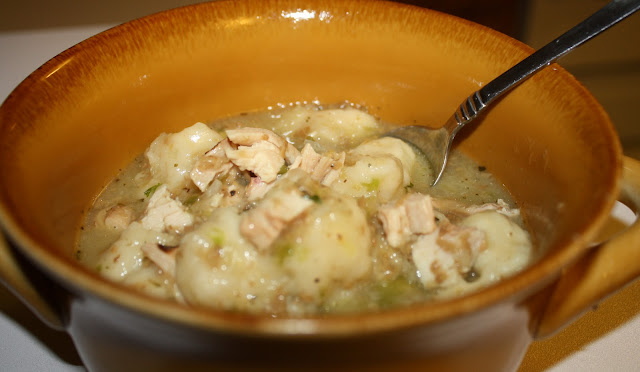