Cast Party at The Londoner

Yesterday was our last performance of It Runs in the Family. It was CRAZY, ya'll! As a Stage Manager, one of your responsibilities is getting the audience members into the house & starting the show. The doors must be closed. People scooting down rows to their seats & trying to find seats in the dark is just a terrible distraction... so we wait until everyone is seated (this is standard at any theatre). We try our best to start on time, but sometimes it can't happen because there are SOOO many people there, it takes awhile to get everyone seated & the doors shut. For every performance, we've started on time or 2-3 minutes late. This show, we started 16 minutes late! Why? Well, because it was our last performance & people were showing up hoping that others wouldn't show so they could have their seats! (FYI - if you do that, it's a good idea to show up BEFORE the time the show is supposed to start!)
ANYWAY... at one point the director of the theatre told me i'd better get in the sound booth because i wouldn't be able to get in once he added an entire ROW! Haha. Yep, he added 6 or 7 seats to the very back. We FINALLY were good to go. Whew! Crazy!
After the show (which was the BEST audience and performance, by the way!), we all had STRIKE. Time to tear down the set. Not my favorite part. But this cast had ZERO complaints (highly unusual lol) & just got to work! We took down ALL of the set... and it took about an hour and a half. Then we all went home, freshened up a bit, picked up our dates & headed to The Londoner!
The Londoner is supposed to be an authentic english pub. I have no idea if it is, because i've never been to England, but let me just say. The food was AMAZING. And not expensive. It was sooo good, that Brad & i have decided we're going to have to go back 100 more times or so, because EVERYTHING on the menu sounded delicious. Here's what we got... (I was not really being healthy here...don't judge.) 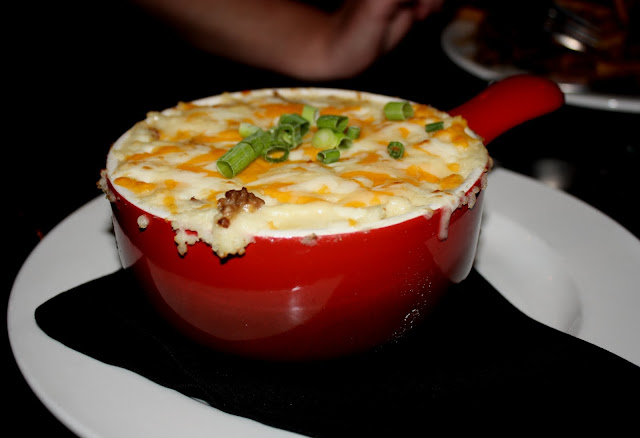 Brad's Shepherd's Pie (which he said was PERFECT & i agree because i had a bite!) 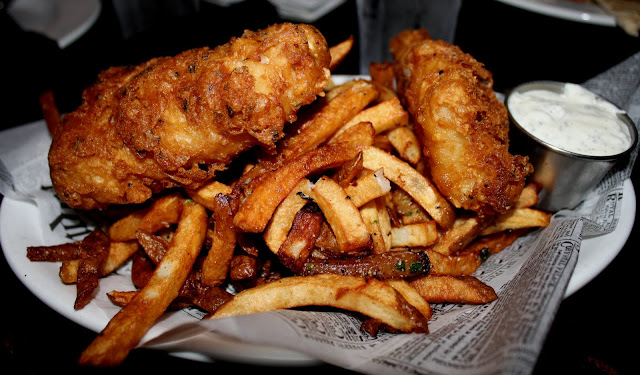 My Fish & Chips. Oh man. YUM.
It was delish & I hope to go back soon! We had a great time hanging out, too! I'll miss these guys! This was by far one of my favorite shows to stage manage. Fun & easy!! Very little stress. Lots of excitement. Lots of fun. Great, drama-free cast. LOVE. Enjoy the pics from our cast party! 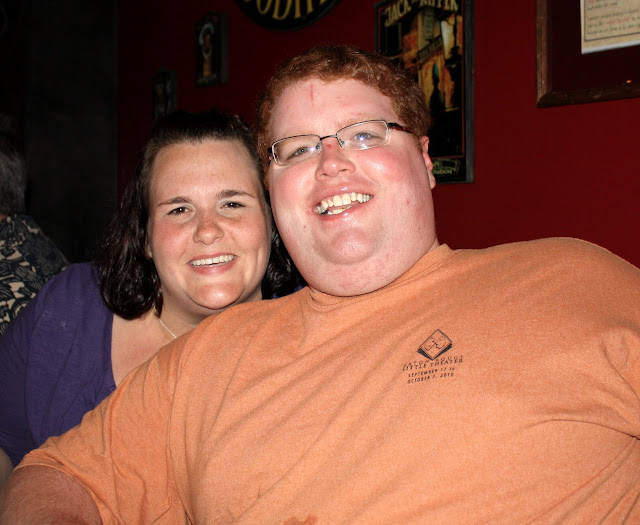 Ben & Mary. Ben was in the play (Dr. Connelly) & Mary was my Assistant Stage Manager. She did a great job! He was hilarious in the show. Love them! 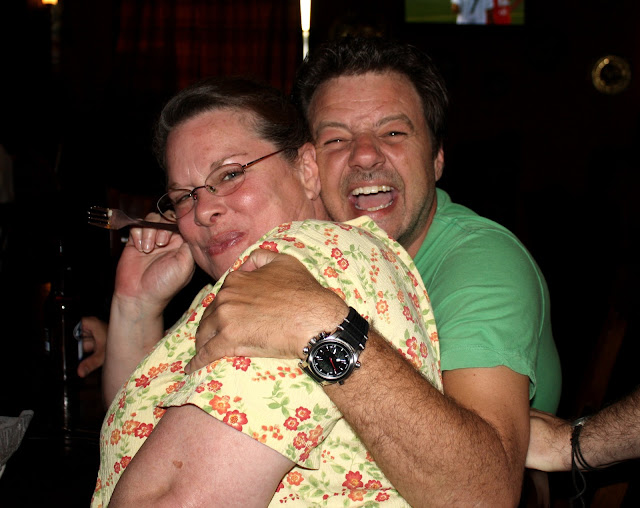 Kelly (who played Matron) & Phil (who played Sergeant & who also was an usher in my wedding, haha!). Seriously. EVERYONE needs someone like Phil & Kelly in their life. Such sweet, fun-to-be-around, enjoyable people. LOVE them! 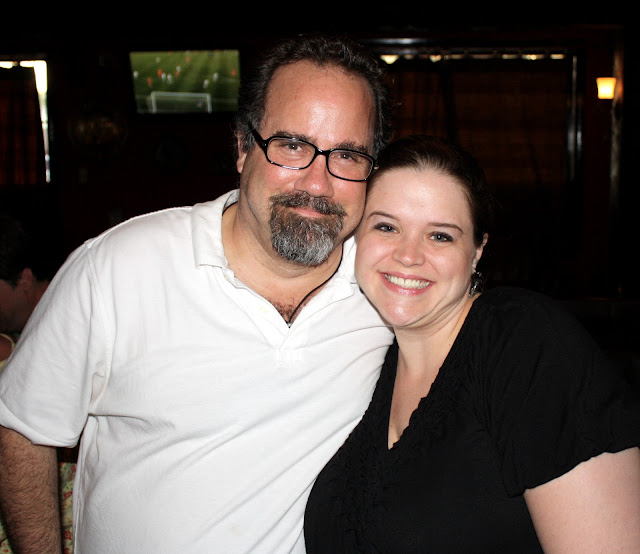 This is Kevin, the director of the show. I thoroughly enjoyed working with him. His card to me said that next time he directs, I have to be his Stage Manager. "No ifs! No ands! No buts!" he said. I told him that is fine by me. He has joined an exclusive club of "directors i am willing to work with again". :) HA! 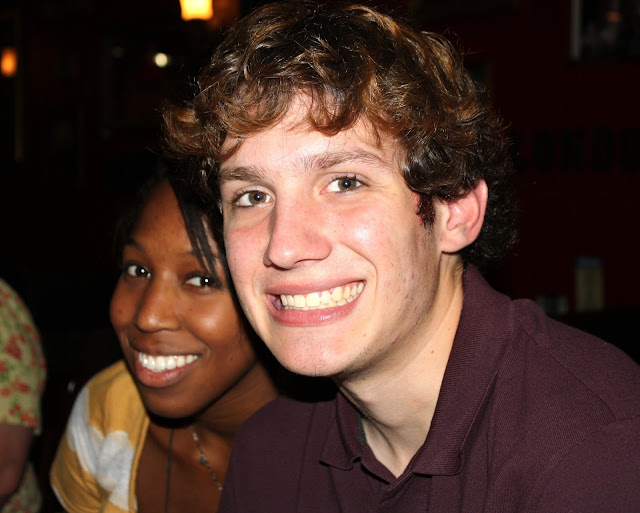 Zac & Tiera, both LSU students & the "younguns" in the cast. He played Leslie & she played the Sister on the ward. They both did a fantastic job & i enjoyed getting to know them (their BRLT debuts). 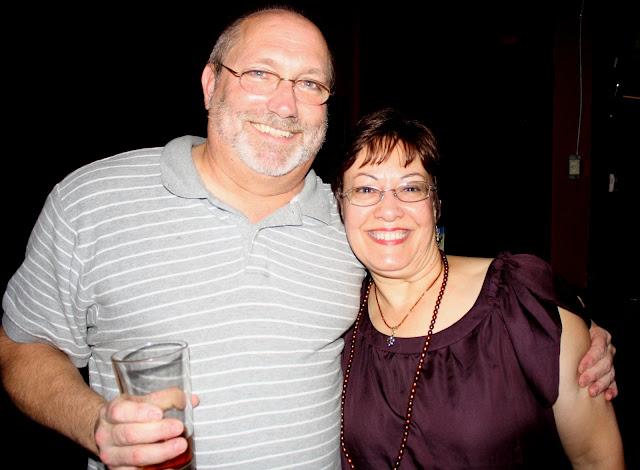 Joe, who played Sir Drake, & his lovely wife. She was sooo sweet, i liked her instantly. Joe is the guy who stepped into this role a week & a half before opening night. He knew his lines after 1 rehearsal. Made what could have been a stressful situation not stressful at all. :) 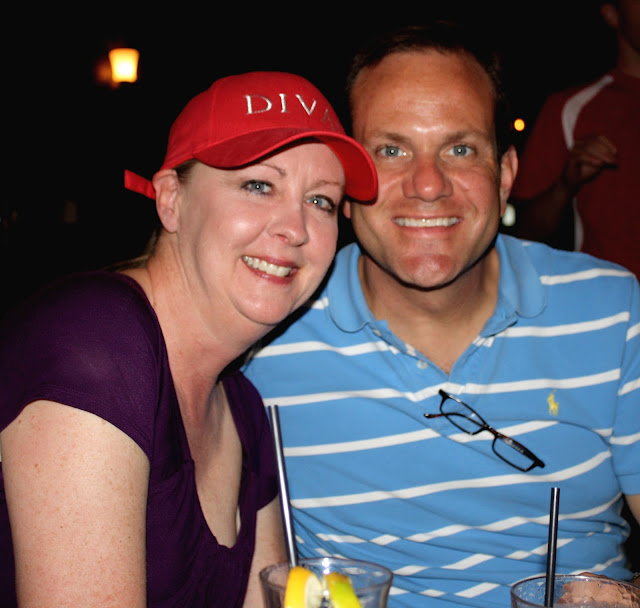 Jennifer & Albert, two of my favorite people. She is one of my role models for real! She is such a great actress. Albert is hilarious...& he did a perfect job as Dr. Mortimore. She played his wife, Rosemary. 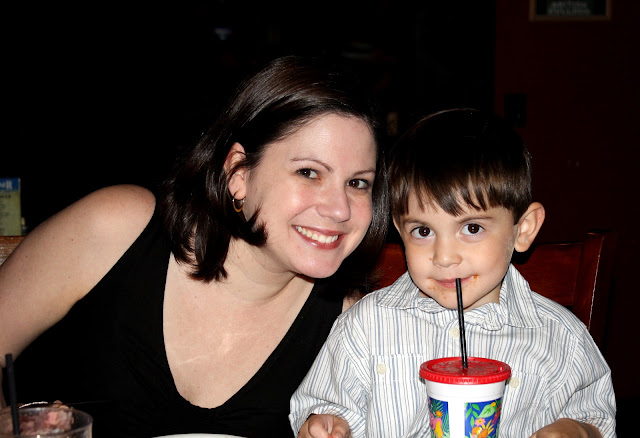 Brigette, who played Nurse Tate & her little date, Brenden (her son). Is he not a CUTIE PATOOTIE! Oh my goodness, i just couldn't stop listening to him talk. SO SWEET! 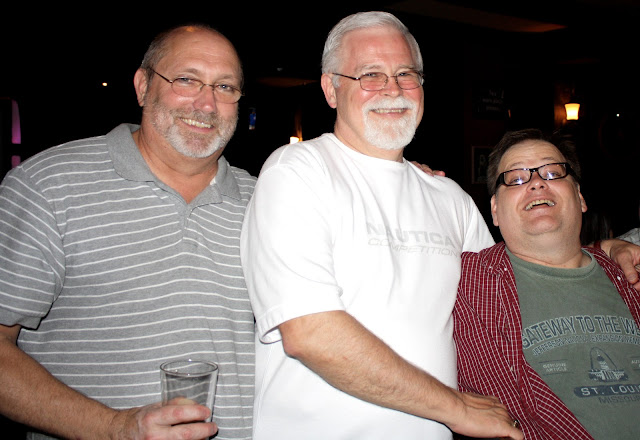 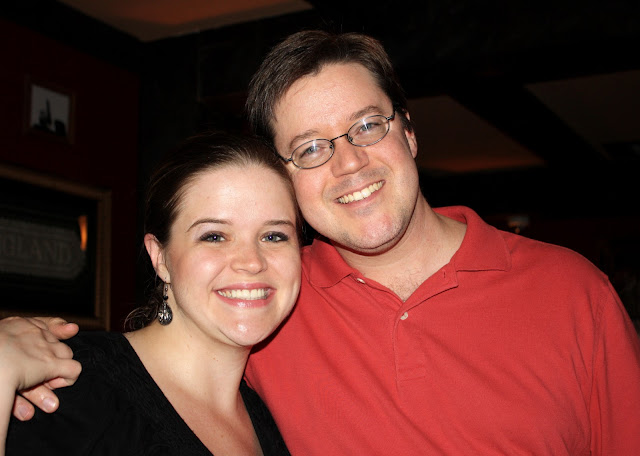 Me & my sweet hubby! Love him!! :)
I am always ready for a show to be over... I tend to miss my hubby & my sleep a lot after a couple of weeks! But i still will definitely miss this cast! I look forward to seeing Zac & Ben in Hairspray & John as Daddy Warbucks in Annie (at another local theatre) soon! :)
Posted by Melissa at 10:32 PM
Email ThisBlogThis!Share to TwitterShare to FacebookShare to Pinterest
Labels: BRLT, Celebration, Stage Managing, Theatre