Had such a great weekend! I hate how they just fly by so fast! Oh-well. 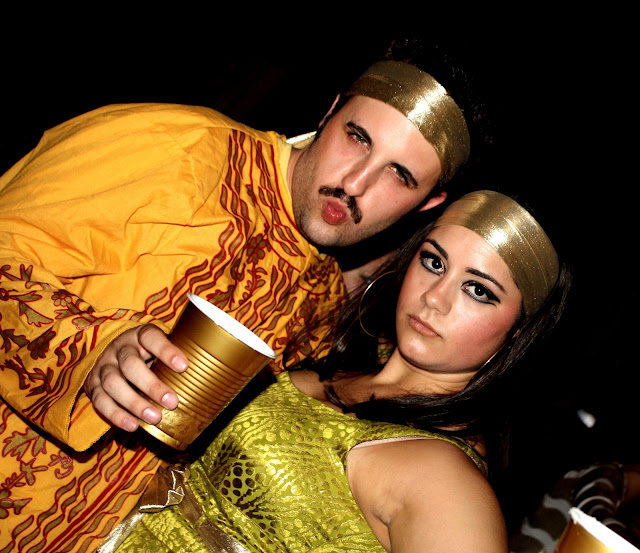 Saturday night we celebrated our friends Tim & Marion. I met both of them in 2006 when i was in our local theater's production of Beauty & the Beast (Tim played Lumiere, by the way). Something about that cast. We all just connected & most of us are still good friends today. That is where they met each other also. We were all together again in late 2007 for Urinetown, the musical (yes, that is the name of a show! A hilarious one, in fact! If you're familiar with it, Marion played Little Sally, Tim played Officer Lockstock & i played Little Becky Two Shoes). I think that is about when they started dating. We were all three cast together again in Best Little Whorehouse in Texas in 2008! And then, Tim was an usher in my wedding.
Tim & Marion have been away for college, both of them are studying theatre. Brad & I went & saw them last year in Chicago (he was Billy Flynn, she was Mama Morton). I'm telling you, these kids are SUPER TALENTED. They are back in Baton Rouge for the summer & she is starring as Tracy Turnblad in Hairspray! He will be playing Corny Collins. I cannot wait to see it.
Well, these two also share a birthday: June 25th. Tim turned 25 & Marion turned 22.

We had a great time! There was jambalaya, signature drinks &, because it was Tim's Golden Birthday (25 on the 25th), the decor was gold, too! Everyone was supposed to wear something gold. Unfortunately i found ONE gold thing in my jewelry box... a crown pin i got at work or something. Brad has a Star of David necklace! So that was our gold. Haha. Apparently i should invest in some gold jewelry - all i got is silver! 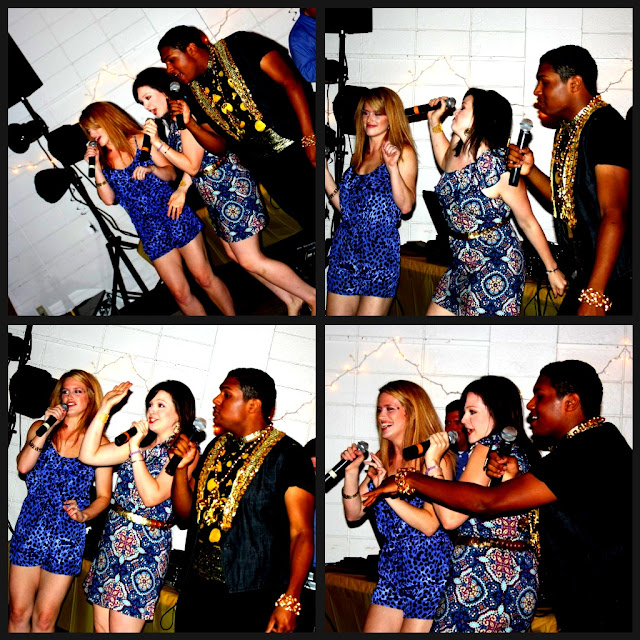 There was Karaoke - this is Megan, Shelly & Gordon - they rocked it & were lots of fun to watch!

We had a great time catching up with friends there! 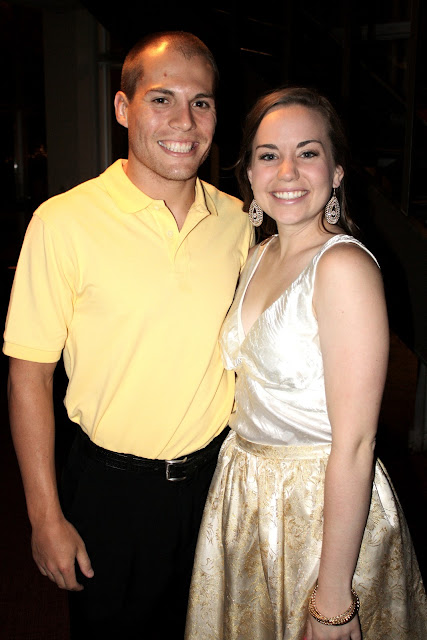 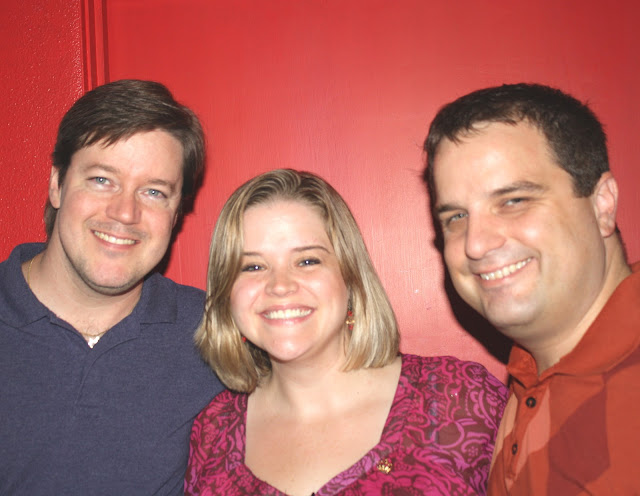 Us with our friend Robert 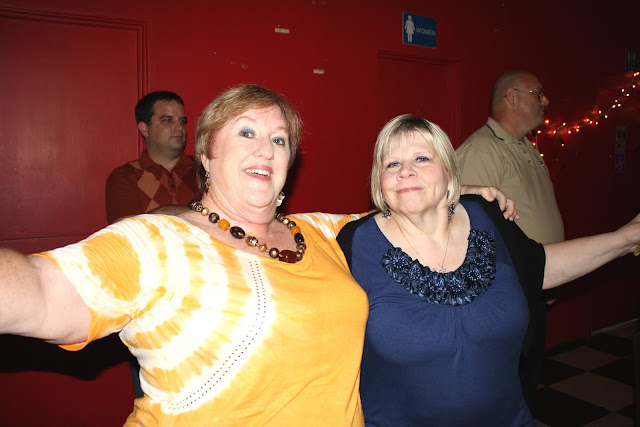 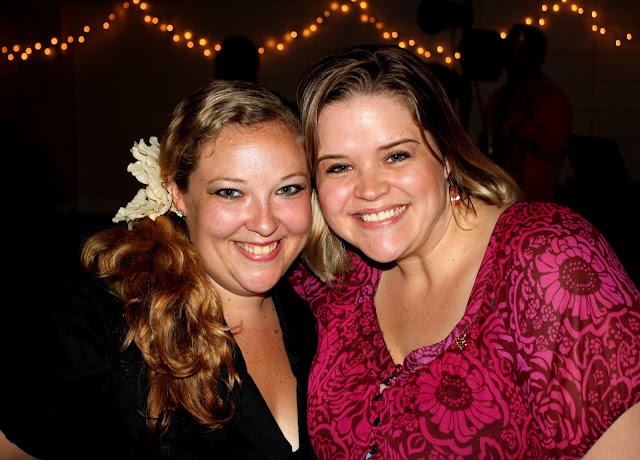 Me & Amber, another girl i met during Beauty & the Beast! 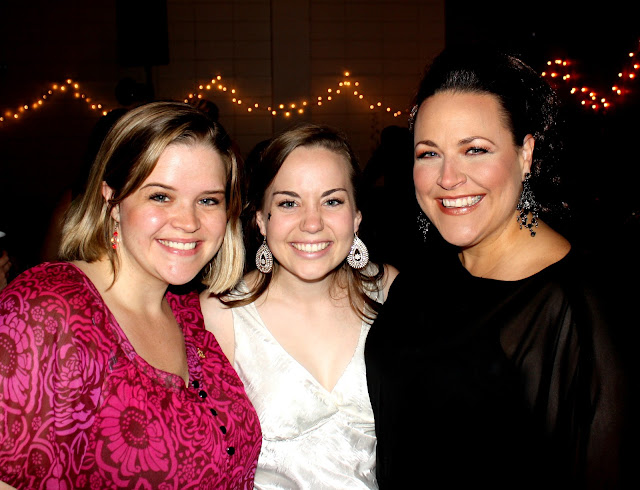 Me with 2 of my best theatre friends, Danielle & Charlynn :) 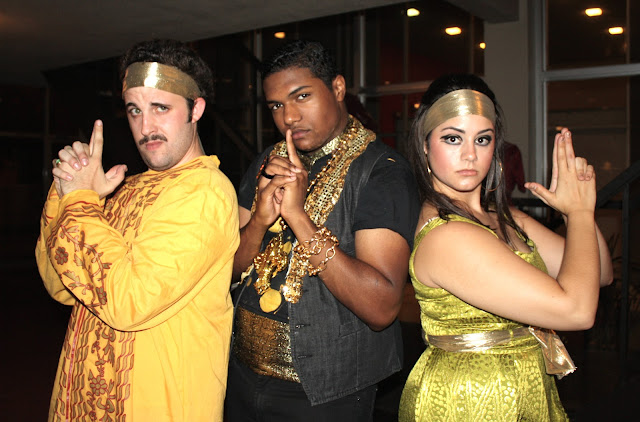 Tim & Marion with Gordon, a Hairspray cast member who i met that night. He kept asking where the photographer was referring to ME! I had Marion set him straight, don't want him to be disappointed by my pics! I'm just learning! Hahaha. :) It was great to hear, though!
Happy Birthday, Tim & Marion!
We love you two!
Posted by Melissa at 10:24 PM
Email ThisBlogThis!Share to TwitterShare to FacebookShare to Pinterest
Labels: birthdays, BRLT, Celebration, Friends, Theatre, weekends