So, what else is new? 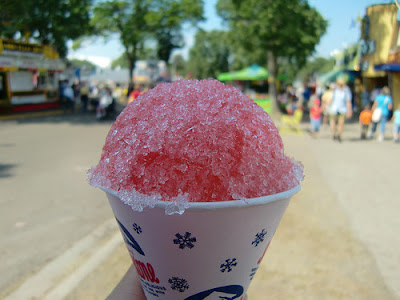 {Summer heat makes me want a snowball.}
Well, guess what? On top of that...the a/c at work is broken! ACK!
I actually didn't even know this. It is always hot when i walk into my office. The landlord turns off the a/c overnight, so yes...it's over 80 degrees in my office when i get there. But I just turn on the fan in my office & i'm good.
I heard people complaining about the heat today but didn't realize the a/c was actually broken! Until my boss came in & asked me how i was feeling. I was like, 'Um...fine?" Haha. Man, that fan in my office is awesome!!! Thank you to my coworker Dusty who gave it to me when we moved offices! Tracy was like, "Well b/c the a/c is broken..." confused why i didn't know! Haha. They told us we can wear WHATEVER we want tomorrow...shorts included... whatever we are comfortable in... because of the heat. I am SURE this means "within reason". Everyone was joking about wearing their bathing suit. Ha!
After I got home, I took Fievel to the vet. I LOVE my vet. 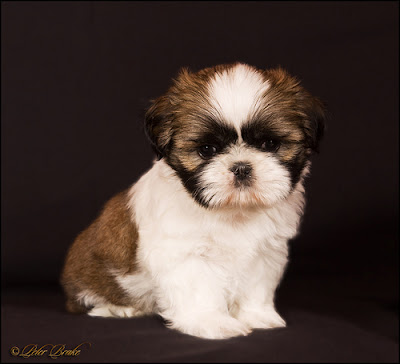 {Not Fievel, but exactly what he looked like as a puppy! How cute he was is!}
We go to Dr. Lizabeth Wright at Central Animal Hospital. She is also at the animal hospital on Sherwood. She is a theatre friend's mom. She is SO sweet. They actually called me before my appointment to tell me not to come until 5:15 (instead of 5) because she was called to an emergency & they didn't want me to have to sit waiting for so long. And then the vet herself called me after i got home & told me that the new girl accidentally overcharged me (only by a couple of dollars). I just think they're wonderful. And fievel likes them too. Even though he was SO nervous & got some shots! Haha.
He has been shaking his head like crazy lately! You know, like dogs do when they're wet? He does that ALL THE TIME. Drives us NUTS! He just started doing this a couple weeks ago. It finally dawned on me that he might have an ear infection - i was SO hoping not! I mean... he's never had one & i didn't want to pay a ton for ear medicine! Well, it turns out he had yeast in his ears, which she says is common during the summer time & she said it doesn't HURT but it itches like crazy. She gave me some ear drops & they were not expensive. Whew!! 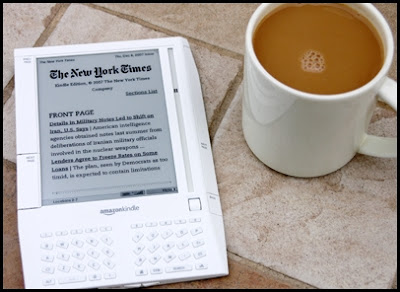 Brad bought a Kindle. Ohmygosh. He is crazy excited about it. I have been telling him he needs one for awhile now... I personally don't want one. I am typically a one-book-at-a-time type of girl (MAYBE two) & i like having the actual book in my hands. BRAD, however, always carries around MANY books. Bibles & study books, plus whatever other random book he's reading. On any given night, i have 1 novel & 1 non-fiction book on my nightstand & he has a stack of, ohhhh, about 15 books. I kid not. So a Kindle is perfect for someone like him!
When he decided he wanted one, i was excited to have something i could get him for his birthday! But he wanted it in time for our vacation... so he went ahead & got it. Maybe i will get him a case for it or something. Anyone got a cool kindle case they love?
What else is new? Hmm... tomorrow after work I have to go to the Manship. Haven't worked there since March, due to It Runs in the Family. Tomorrow is a concert - some guy named John Waite? I have no clue who he is, but this is what he looks like... 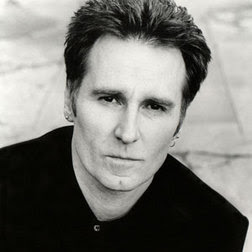 ...Oh, wait! I just YouTube'd him & i love that song Missing You!!! I didn't know that's who that was. Cool. :)
Saturday is the annual Beaux Arts Ball at the theatre! I am excited!! I love the Beaux Arts Ball. We have drinks & appetizers & dancing & an awards ceremony. It Runs in the Family got 6 nominations. And lots of my friends were nominated for other things as well. 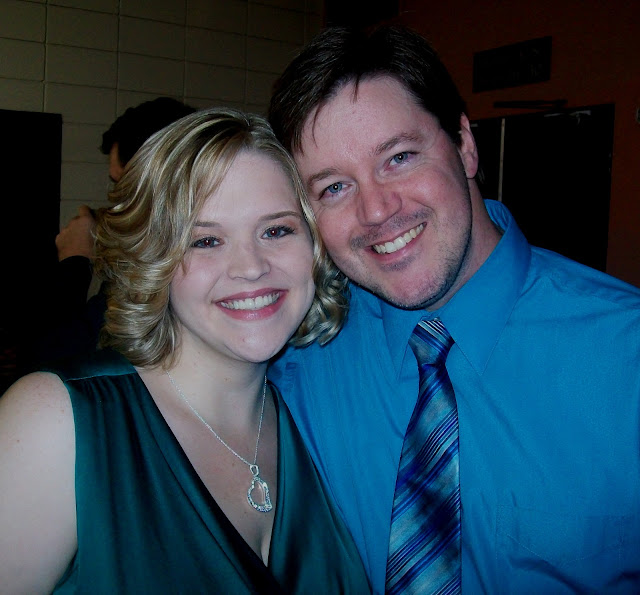 Us at last year's ball. Brad has to wear a tie... he hates wearing ties. Sorry, Hoob. :) (he actually has to wear a suit, but i don't think he remembers that from last year...)
Sunday is church & there is a guest speaker that talks on marriage & parenting... I heard him years ago & i remember him being SOOO FUNNY. :) Sunday night is GIRLS NIGHT! Yes!!
So anyway. That was long & rambly, sorry. (Not really sorry...) :)
It's almost the weekend again. Yay!
*images from we heart it, except that last one. :)
Posted by Melissa at 9:41 PM
Email ThisBlogThis!Share to TwitterShare to FacebookShare to Pinterest
Labels: crazy weather, Fievel the Dog, weekends