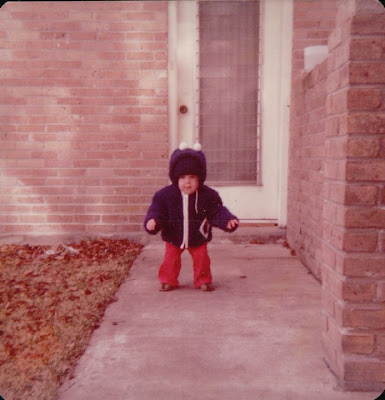 Yes, that is Brad. In his Cookie Monster coat. Ahhhhahahaha, how cute is he?!
Anyway, i just love him. I'm loving that he had a day off today. I'm loving that i've been able to spoil him by cooking his favorite meal & a dessert. I'm loving that I get to be married to him. He's the best!
{ZUMBA} 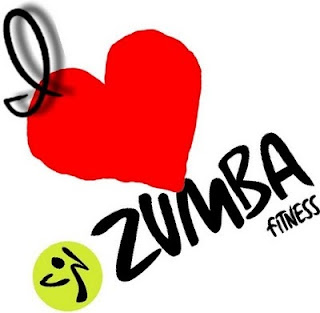 My friend Ashley started teaching Zumba & I am LOVING her class! There were four in her first class, then about 6 or 8, but last night there were about 20!!! It was crazy! In a good way! I am so excited for her - she is SO GOOD at leading the class & man, it is a WORKOUT! And i smile the whole time. Who smiles while working out?! I mean, really. :) LOVE ZUMBA!
(If you are in Baton Rouge (or better yet, Central/Denham area), join us!!!)
{FROZEN YOGURT} 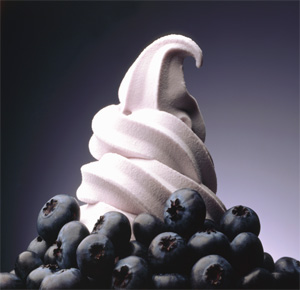 So fro-yo places have been popping up all over Baton Rouge, all of a sudden. It's kinda crazy. They have Menchies, Yogurtland & Tutti Frutti. I went to a Menchie's ages ago & was not impressed, but there's one in central now & everyone LOVES it...maybe i had the wrong thing?! Anyway, i have not been to the other two places (but want to!), but i did recently try the frozen yogurt sold at Roly Poly. They have fresh fruit to top it with. It is DELISH!
{WEEKENDS!}
It's already almost another weekend, can you believe it? Work hasn't been so bad this week. I've been swamped, but productive & i'm finally catching up from vacation! This weekend we have a birthday party for Tim & Marion, my two really good friends. They have been dating for several years now & they share a birthday! Which is this Saturday. I love Tim & Marion & am excited to share in their special day. 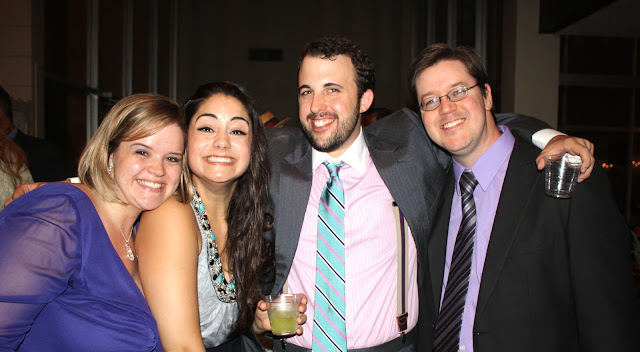 Us with Tim & Marion
And then on Sunday we're having our annual PerryVenable Shindig!! We do this every year... have a big celebration in honor of Brad's birthday, Michelle's birthday (my sister who is turning 36 tomorrow!) & both father's days. This year, Michelle's future hubby & in-laws will be joining us too...so it has now been dubbed the PVP Shindig. :) I can't wait! It'll be a great time! 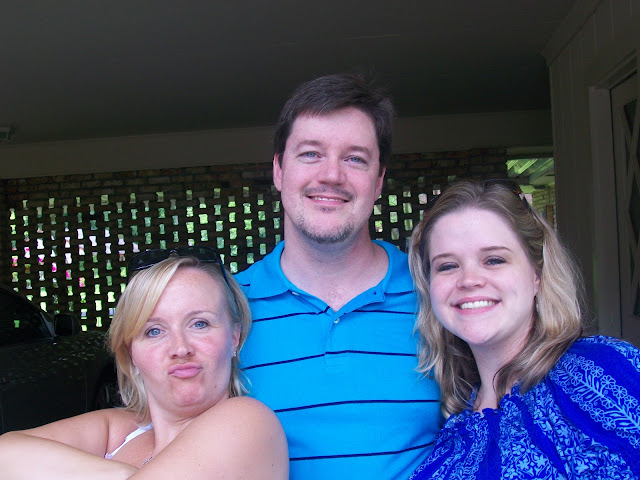 Shindig 09 - michelle, brad & moi.
{Laura Story}
I wanted to just put her name & not tell you who she is. Because i really want to share a certain song with you in another post. But you'll just google it anyway (if you haven't heard of her), right? Laura wrote Chris Tomlin's Indescribable. We've been singing that song a lot lately in church & the girl who leads it at church has a beautiful voice. This song has been going through my head all week.

Love that song. There is another song of hers that is going through my head this week, too. But that's a story for another post.


Hope you're having a great week!
Posted by Melissa at 10:12 PM
Email ThisBlogThis!Share to TwitterShare to FacebookShare to Pinterest
Labels: Brad, favorites, music