Remember those shelves I bought? I had a groupon for Ashley Furniture for $100 that Brad's mom had given me. I went wanting an end table, but they didn't have anything & my groupon expired that day! I ended up getting some bookshelves. Soon after that I decided our living room needed a total rearrangement.
It took us FOREVER to go pick up the shelves! But a few weeks ago, we did it. My mom & dad had also called to see if i wanted a hutch that they were getting rid of. I had no idea where I'd put it, but i knew i wanted it if possible (we can always use more storage space!). They came by to drop it off after me & Brad picked up the shelves. I wanted mom here to help me rearrange the furniture (she has an eye for that kind of thing). Dad put the shelves together (Brad started out helping but ended up giving mom a piano lesson! HA!). They all helped rearrange the furniture & hang up some pictures. I am happy with how it turned out.
By the way.... you probably don't care, but i feel the need to explain! I know my living room doesn't belong in a decor magazine or anything... but i'm doing the best i can with what I've got. I despise the carpet, but there is no point putting in pretty floors when mobile homes do not increase in value & any money we saved for floors would be better spent towards a house. Trust me, it took awhile to get over this one because we were supposed to change the floors when we were engaged, but Hurricane Gustav interrupted that plan! And then I decided to be smart & pay off some debt first. One day when we get a house, it will have pretty floors. I will definitely get new couches, too. These are covered with slipcovers & even good slipcovers can be a pain!! Ok, so there are my disclaimers. :)
{our new shelves!} 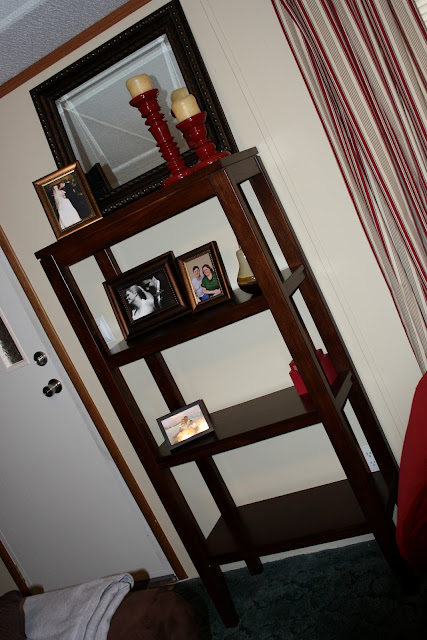 I have more on them now, don't worry!) 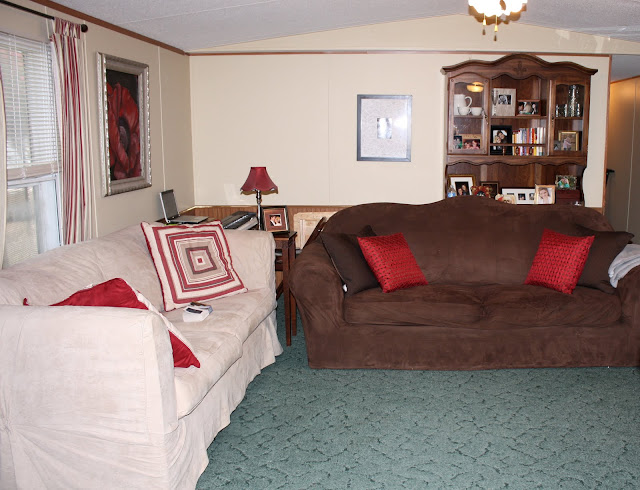 This is facing the living room from the kitchen. I wish I had a before pic, but basically the red chair was where that white couch is & the white couch was where the brown one is, except backed up all the way against the wall. I really love how i've brought it up a lot. It's so much more homey! The TV is to the camera's left (by the white couch). 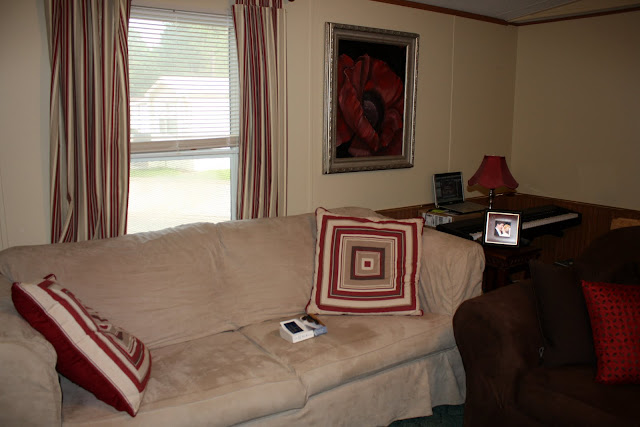 My aunt painted that beautiful poppy you see. I just love it!
I also love that Brad's keyboard is now set up behind the couch. Can you see it? That's his studio laptop above it. It's like its own little space for it! Before, he had it under the counter & it annoyed me because he would drag the cords across the living room to plug them into the sound system!
I know that wall area in the corner needs something, too, but don't worry... I have something in mind! 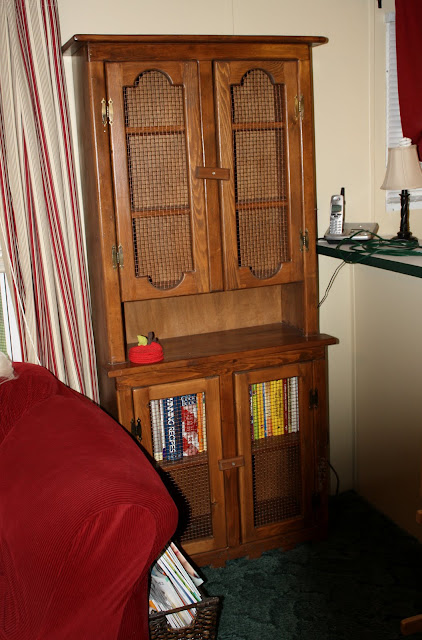 The hutch mom & dad gave me. See your apple coasters, Laura? Love them!! People ask me about them. :) All of my cookbooks are there already & they only take one shelf (on the other shelves, they took up the entire set of shelves because they were so narrow! Ha! Those are now in the bedroom.). I have some ideas for stuff to go here now. :) (Ignore the cords... pet peeve of mine... they're now out of the way...kind of...we're making progress.) 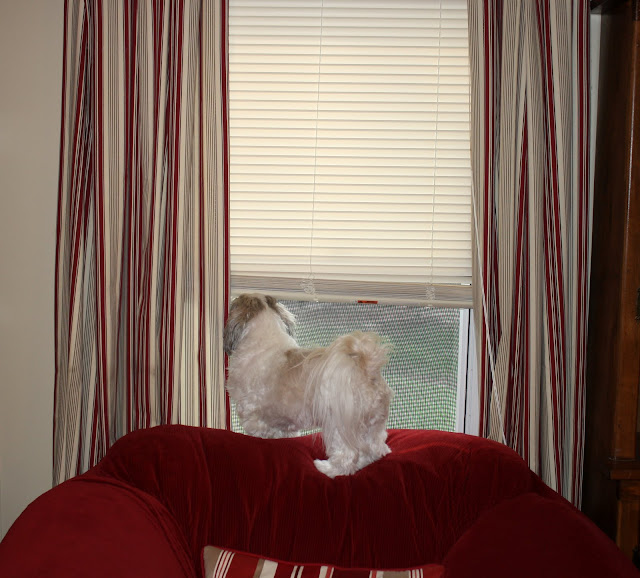 Fievel checking out his new view! HA! The red chair is now on the opposite wall, where the brown couch used to be. 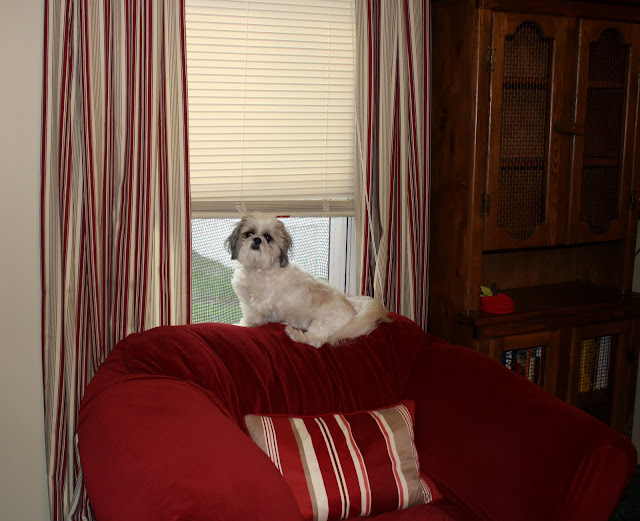 I guess he likes it?!!
So there you have it! I really like it a lot better!!! Yay!
Posted by Melissa at 2:08 PM
Email ThisBlogThis!Share to TwitterShare to FacebookShare to Pinterest
Labels: decor, Home