So, Saturday was just a day of craziness! I go to the wrong baby shower & then I get the time wrong for a gender reveal party!

I texted my sis-in-law to see if it was even worth us coming. I figured the gender had been revealed, but i just wanted to see everyone! However, I wasn't going to go if they were all leaving! I found out that they had not revealed anything yet, so we headed on over! About halfway there we found out that she wanted to wait for us! AHHH! I bet there were some unhappy people! Ha! Oops!

When we got there, it was PACKED! Not a lot of room to move! But we were just in time! We put on a necklace to say what we thought baby would be. I have been going back & forth between boy & girl for Megan & Clay. It seems like when i guess "Girl", I'm right. Or when I'm certain it's a boy, I'm right. But when i go back & forth, it ends up being a boy! I have been going back & forth for Meg & finally decided on Girl. Same thing I did with my friend Amanda. Well, 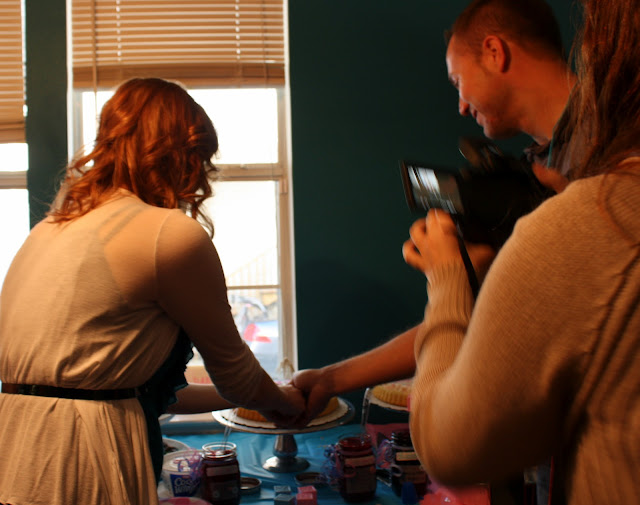 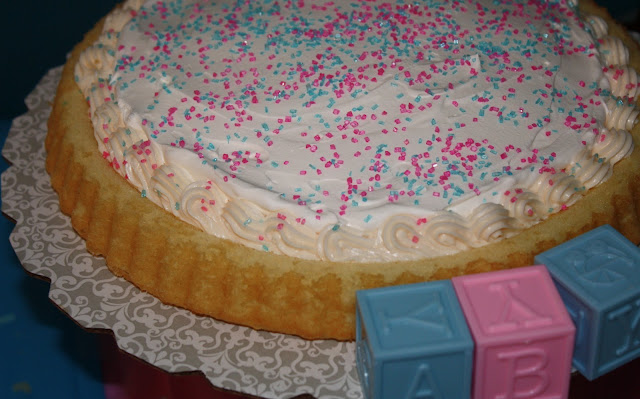 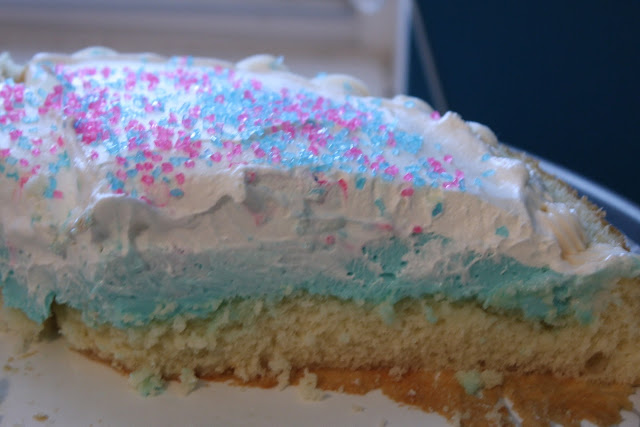 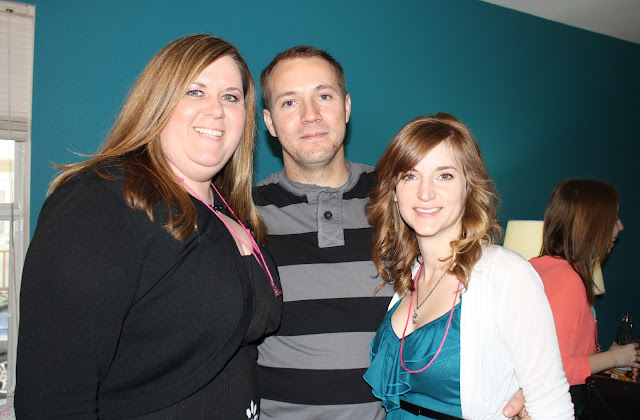 Jaimie (my sis-in-law) with the parents-to-be, Clay & Megan

We only stayed at the Gender Reveal for about 20 minutes! Remember, we were 2 hours late, so by the time we got there & they announced it, people were leaving! It felt like kind of a bummer to go out there for only 20 minutes! But as we were leaving, Brad said, "Hey, this is where Adam & Katie live. Want to see their house?" I said "sure", and as we were driving by, there was Adam outside mowing the lawn! I stopped & honked & he came to talk to us! Meanwhile, Katie drove up! They had just a few days before finished setting up their nursery for baby girl (due in May) & she was all giddy for me to come see! We went in & saw the sweet nursery & then decided spontaneously to have dinner with them! FUN TIMES!

We let the pregnant woman choose & she wanted Casa Maria. :) We had a great time together! 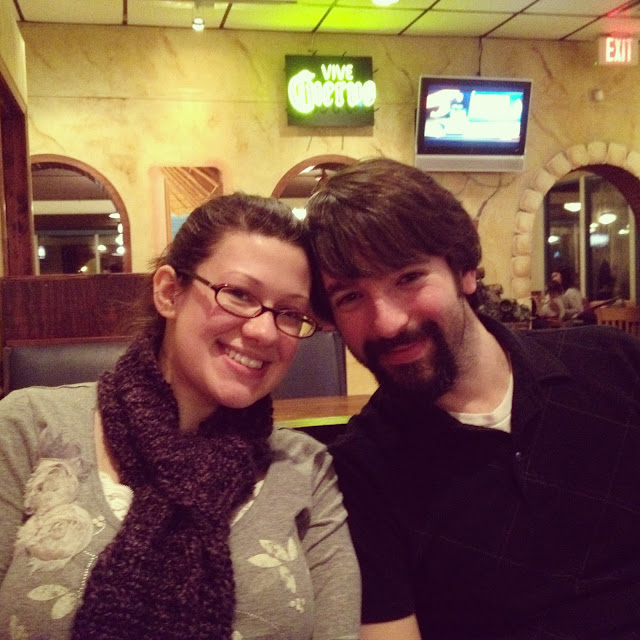