Oh, the beauty of live theatre...

All i can say is... I have never been MORE ready for a show to end!

That sounded mean, but i think even my awesome assistant, Emily, will understand where i am coming from! It's just that this has been a little stressful! The rehearsal process was great, tech week went fairly smoothly, but the actual run of the show (which is normally where you just slide into autopilot - if such a thing exits in theatre) has been crazy!

First, let me say that for most shows, I don't need too many people backstage. I like stage managing plays as opposed to musicals. No music means not as many light & sound cues (and no curtain/turntable ones). UM, except for this show! GEEZ!! It's pretty tech-heavy. VERY tech-heavy. So i NEEDED crew people for this one. I needed 6, MINIMUM. 7 would have been great; 6 was like - "So, you will be killing yourselves to get this to come together, but it's possible". So here's how it all went down...
Do you see what I mean???

So i love this show. I love sitting in the light booth with Ms. Ellen, and watching the VERY TALENTED cast on stage. I love laughing when crazy things happen! I love hearing the audience crack up! And i have never been MORE PROUD of my crew members who have worked their booties off & who have pulled together & made the magic happen - even when it seemed impossible. They have been EXCELLENT!

But am i ready for this one to be over?

So. Tonight we have a show! And since i have everything covered now, it will be FINE. :) Tomorrow we have a matinee.  Then strike. And then the cast party!

And then a break. 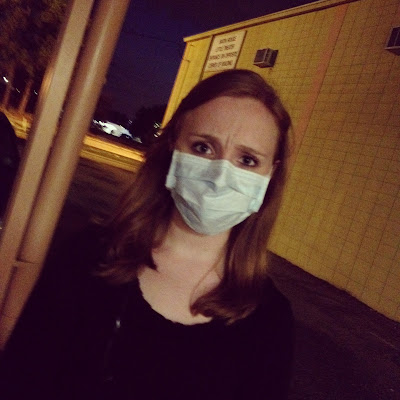 My ASM, Emily - who came sick so that the show wouldn't fall apart. :) She even wore a mask to protect us from germs! HA! (Love you, girl!) 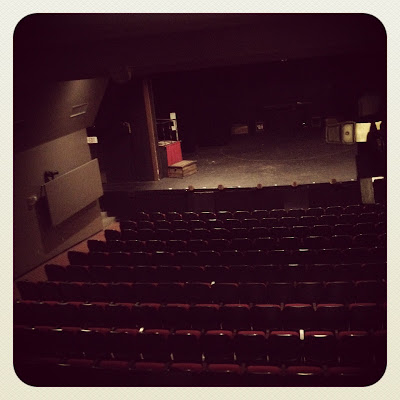 From my view - in the light booth 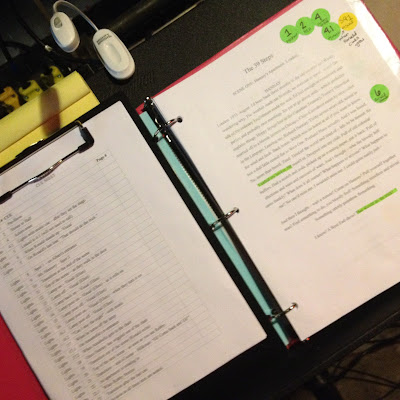 My script & my cues! 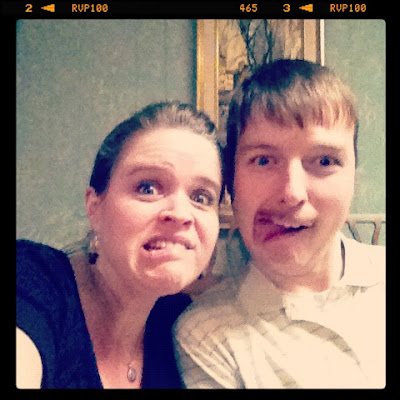