Morning, friends! Just want to say i appreciate your prayers for us in Louisiana! I've gotten some concerned messages from blog friends via email, facebook, twitter & even instagram! That's pretty sweet. XOXO

I wonder if the power will go out as I am writing this... the wind is picking up a LOT & it is starting to rain pretty hard. The way it is now is how we expected it to be late last night/early this morning. But Isaac slowed WAY down and lingered around the coast all night! This creeping along is the craziest thing, and i don't remember it happening like this for any of the other hurricanes (Andrew, Katrina, Rita, Gustav)! They just said on the news that it could be FIFTEEN hours before Isaac is right on top of us in Baton Rouge. Of course, the outer bands have hit us already, but it will be awhile before we feel the biggest winds! The storm is currently traveling at 6mph. So if it seems like this is taking forever...that's because it IS!

I have an app called iHurricane HD now... pretty neat! The blue dot below is ME. The yellow line is the storm's path. The red dot with the white circle around it (right under Houma) is supposed to be the eye of the storm. So ... it's heading this way, for sure. The yellow was right on top of BR yesterday, so it may have moved west a little more. 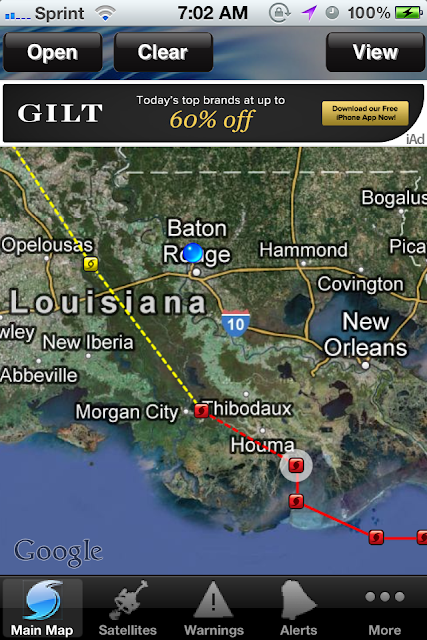 My sister is in Mandeville (right next to Covington, if you look at the map above). You can see how close that is to New Orleans. She told us this morning that they lost power last night, but are fine. Today they are escaping to her uncle-in-law's house because they have electricity. Thanks for those of you who prayed for her safety! The storm is coming over a lot of LA, but people worry about NOLA & surrounding areas just because it's so close to the water, and if there is a storm surge, flooding will be bad.

PLUS... if you remember Katrina (7 years ago TODAY, actually!), it wasn't the hurricane itself, but the levees breaking, that caused such major flooding. They've been repaired, and Isaac will be the test to see if they were repaired correctly! (My blog friend, Betty, lives in New Orleans, too! Please pray for them if you think about it!)

Anyway! I slept very well last night, and woke this morning to stronger winds & some rain! I did another vlog... it's pretty short, because it was raining & my umbrella got turned inside out. HA!

And here are some still shots. 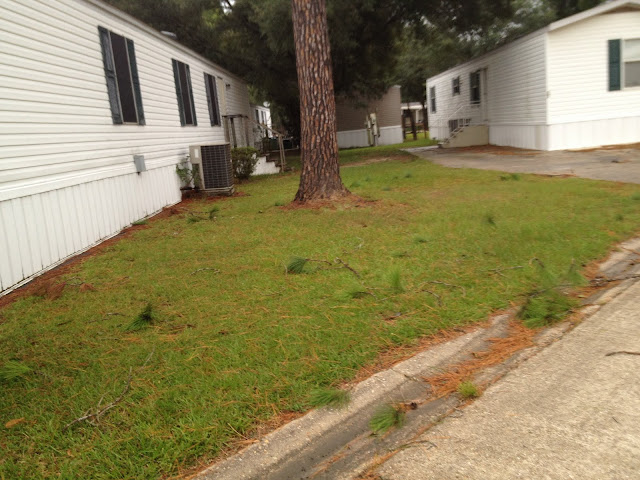 Just some small branches hitting the ground at this point. 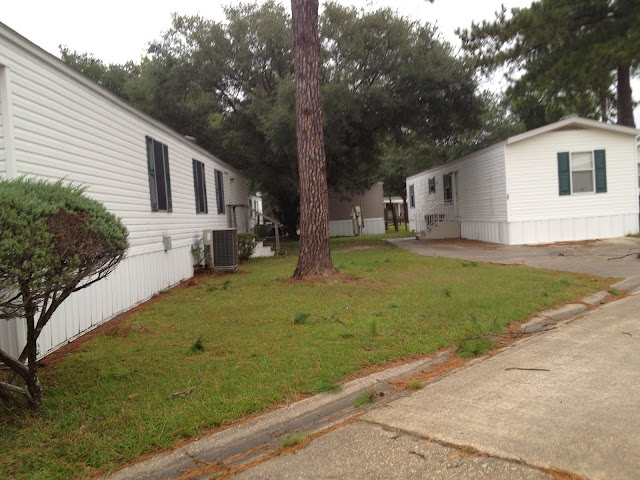 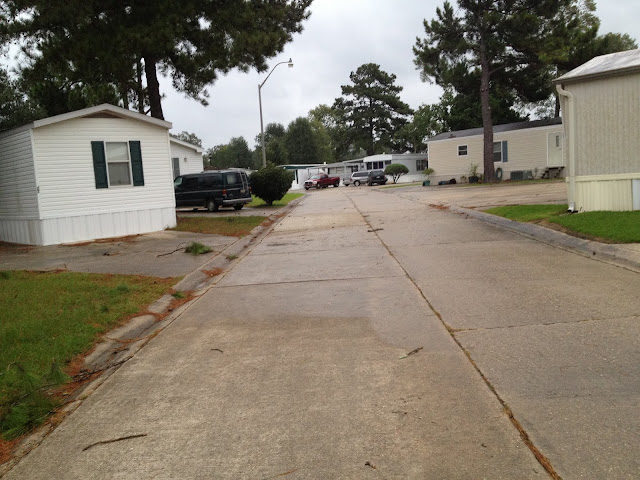 This may or may not be my last update for awhile! Who knows! Haha! Thanks again for praying for us! XOXO
Posted by Melissa at 9:10 AM
Email ThisBlogThis!Share to TwitterShare to FacebookShare to Pinterest
Labels: crazy weather, hurricanes, Louisiana