Well, Assassins is over. It was a great experience & i am so glad I was a part of it! 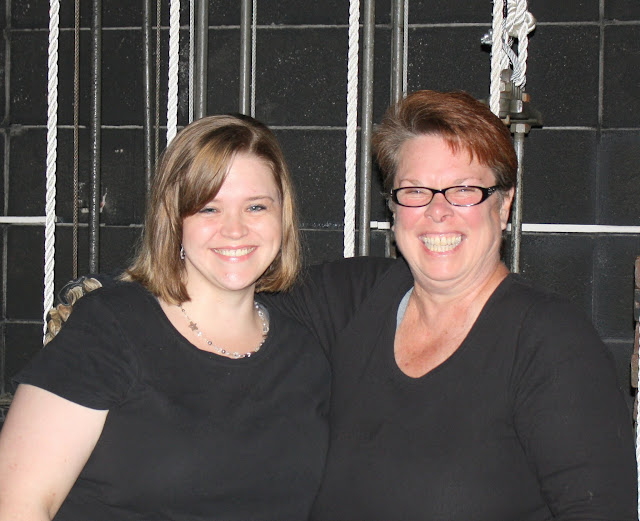 {Me & Kelly, who was the Asst Stage Manager. She is WONDERFUL.}

As you may already know, I decided to work backstage for this particular production. I am a stage manager. It's the role I love most, in theater. I prefer to stage manage plays & assistant stage manage musicals, so i've done a good bit of asm'ing as well. But in the 6 years I've done theater, the last time i "only" worked backstage, as part of the crew, was 5 years ago! So it's been a little while. 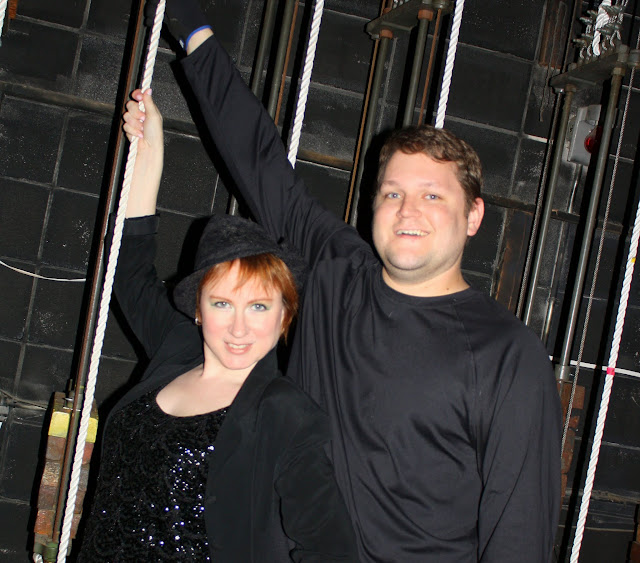 During The 39 Steps (the last show i stage managed), I decided it would be fun to simply work backstage for once. I had recruited my friend Amy to be a part of my crew for that show, and also made a new friend in Jennifer, when she volunteered with the show as well. They were running around backstage together while i sat in the booth & called cues (stage manager's job). I decided I'd work backstage on the next one so we could all run around together! Ha! 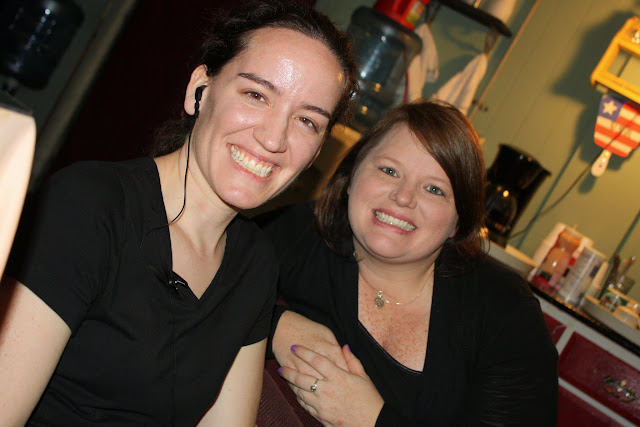 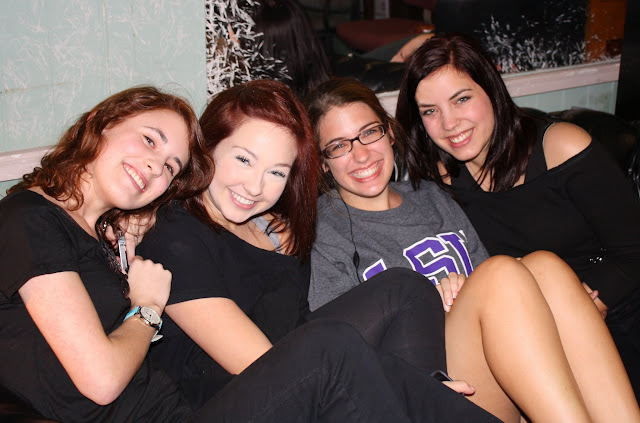 {These girls all worked with costumes... they are PRECIOUS... Claire, Annie, Sara & Haley.}

I decided on Assassins, because it's such a short time commitment - just enough to give me a little theater fix! It worked. I had a great time. And i must say... it was VERY NICE to only be responsible for MY tasks, and not responsible for every single thing (as is the stage manager's job!). It was also really weird getting to leave as soon as it was over, instead of being the first to arrive & the last to leave! But i got used to it! ;)

Don't get me wrong though. I love to stage manage. And I'll be doing it again in May. 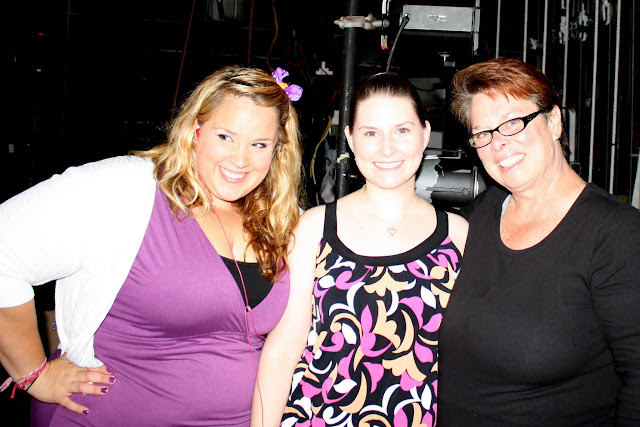 {Caty (Sound Tech), Mary (SM) & Kelly (ASM). Caty is a regular BRLT stage manager, too; this is the first time I've done a show with her. Mary is a friend of mine... met her at the first rehearsal of our first show at BRLT (beauty & the beast). She ROCKS as a stage manager! MAN! I cannot call that many cues. It's hard. She nailed it! Kelly - i've introduced her to you before. She's one of a kind. Hilarious. Fun. Loving. A mama to all. LOVE HER.} 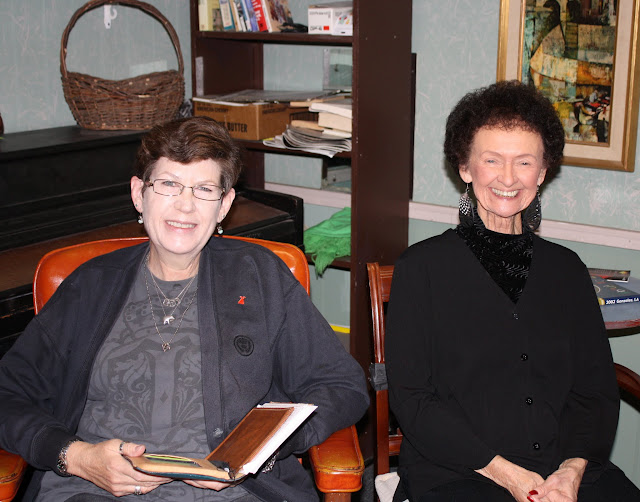 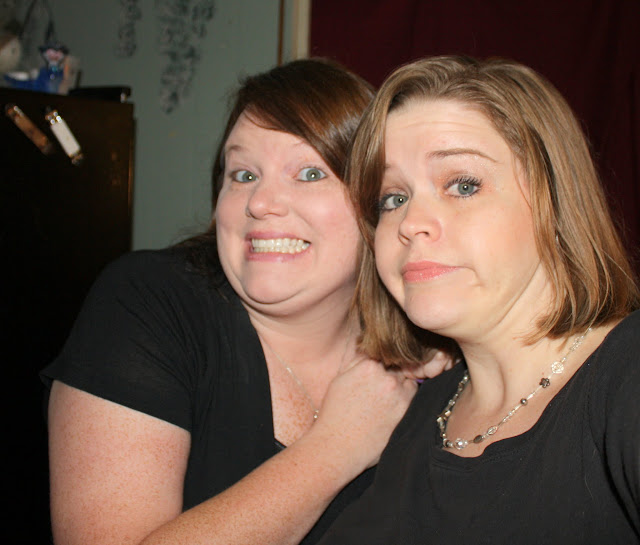 Let's talk about the actual show, shall we? It was PHENOMINAL. People weren't sure if i would like it, me being the good little christian girl. It's got some language, and you know...it's a little twisted (I mean, it's about the people who assassinated or attempted to assassinate a president!). Well, I loved it. I'm sorry if that disappoints. I thought it was interesting, thought-provoking, very well-written, and provided plenty of comic-relief as well. The acting was absolutely BRILLIANT. The solos were perfection, and when they sang all together - the whole cast? SUPERB. Put all of that with the passion & hard work of the entire crew (which actually outnumbered the cast in this one!)? Well... it will win me over every single time. 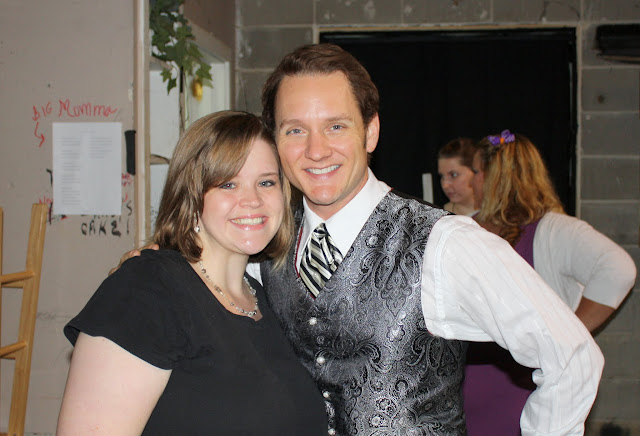 {Me with Jason, who played John Wilkes Booth. Y'all. I don't know what it says about a person that he is PERFECT for the role of an ASSASSIN, lol. But his performance was outstanding. LOVED working with him. Great guy.} 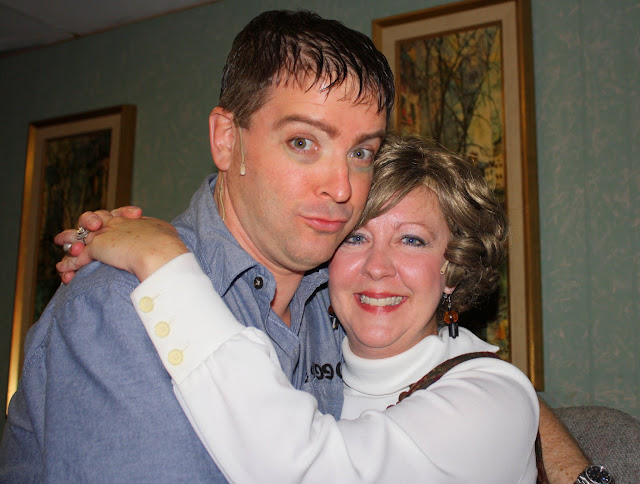 {Richard & Jennifer - great BRLT people! Jennifer is pretty much my acting role model. She is awesome! And was hilarious in this one!}

Night before last, I stood in the wings & got teary several times because the performances were OUTSTANDING. Now, they're ALWAYS good. But if they normally gave 100%, Friday night they were giving 140%. I didn't know if the actors knew it or not, but the next day in the green room they were talking about how fantastic that previous performance felt. I was like "y'all had me in tears. it was FANTASTIC." I mean. I was BLOWN AWAY! 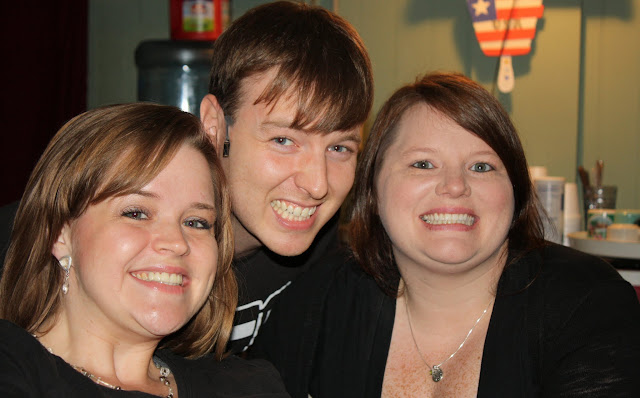 {Me, Amy & Ronald, who is hands-down one of my most favorite actors to work with. He's been a friend of mine since our first show there (Beauty & the Beast) & he is a very very talented actor. He played Lee Harvey Oswald in this one and is only in the very last scene. His performance is CHILLING. Riveting. So proud of him!} 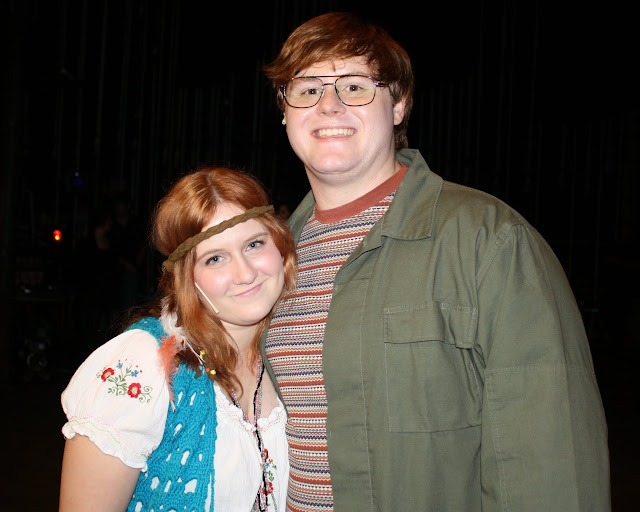 {Lilly & Morgan! They were great! Morgan actually played the viola in my wedding, i had no idea he sang, too! Haha! This is my first show with Lilly, but she's adorable & funny & has such natural talent. She sings beautifully.}

Well, that about sums it up! So glad I was a part of this show! We ended up having to cancel one performance, because of the hurricane. It was only a full week of rehearsals and two weekends of performances - not bad. I am very thankful & proud to have been a part of it!
Posted by Melissa at 9:53 PM
Email ThisBlogThis!Share to TwitterShare to FacebookShare to Pinterest
Labels: acting, BRLT, Stage Managing, Theatre