We're both off work today, and I am so glad. Good thing, too, since we were INSANE last night & stayed up till 2 am! Of course, we wouldn't have done that if we weren't off today! Still, i had a minor freak out when i realized how late (early) it was. Gah!

Therefore, I slept till 9 this morning. Late for me. But still not 8 hours! I need 8 hours!

I dreamed that my dad said something so mean to Brad that he started CRYING right there on the spot. I didn't hear what was said, so i went to Brad & was hugging him & asking, "What did he say?!" & then looking at my dad, "What did you say?!" Apparently, Brad had won an acting award (he doesn't act, by the way!) & Dad made a comment that it was about politics & that's why he won. Where did THAT come from?! Hahaha! Even if that happened, he might get mad, but he wouldn't CRY over it! Silly dreams!

Yesterday after church I went to Walmart. I thought, didn't i JUST do this?! Oh, yes. I did. But we had to throw it all away due to Hurricane Isaac taking our electricity for several days. (I'm not complaining...we were without it for 2 1/2 days. Some are still without. And some have lost everything.) Anyway, Walmart was PACKED & they were completely out of a lot of things! Like, eggs. I still need eggs. 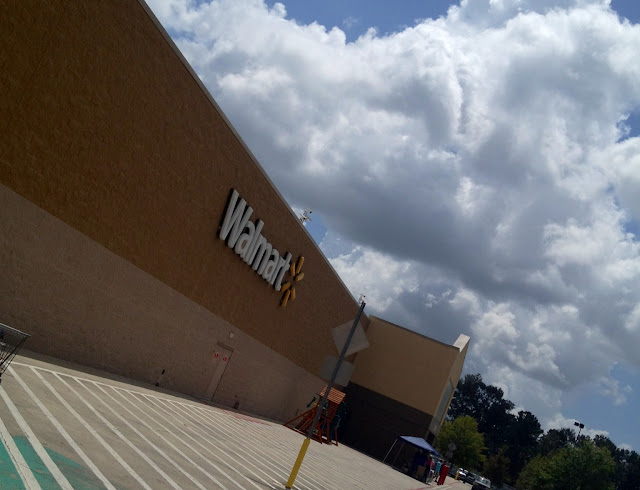 On my way to Walmart, I saw this helicopter. Things you don't see everyday. Anybody want to tell me WHY there was a helicopter in Central? Inquiring minds want to know. 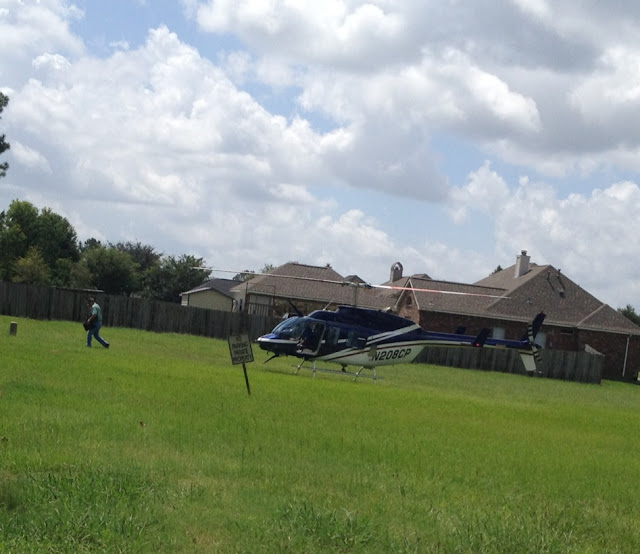 We're seeing all kinds of weird things since the hurricane. TONS of ambulances from other cities & states are parked in the parkinglot by BRLT. Entergy/Demco trucks EVERYWHERE (thanks for restoring power all over Baton Rouge, guys!). A lot of men staring at this tree. Operation hurricane cleanup has begun. 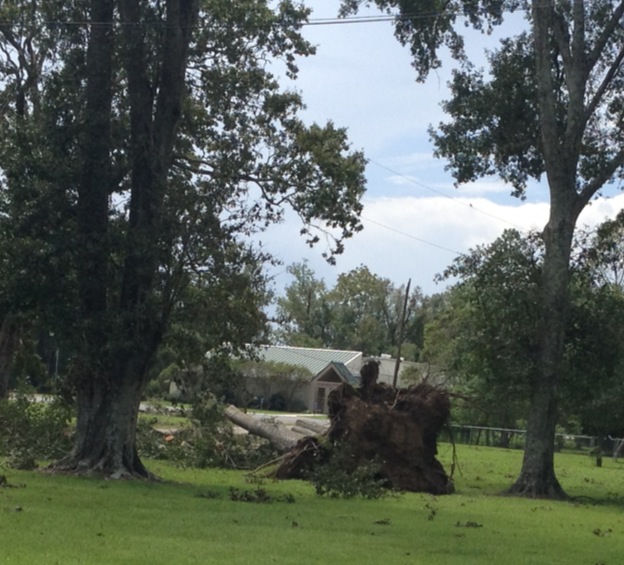 I wish I had gotten a better angle, but that would be the bottom of a TREE. 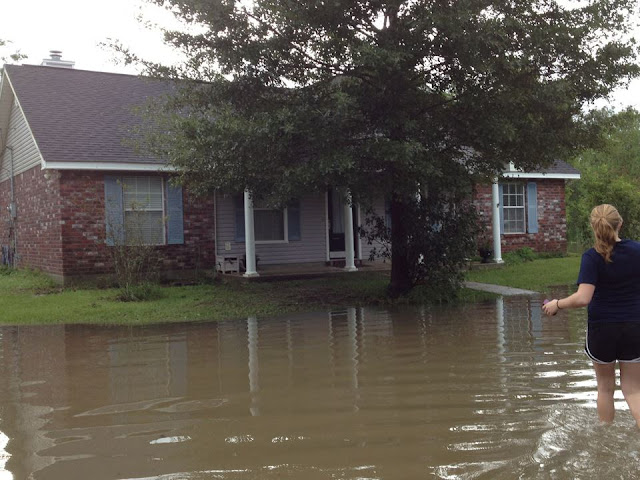 This is my friend, Amber's house. The waters actually rose another 4-5 inches after this pic, but the water did NOT get in her house! Praise the LORD!

Speaking of the zoo, we have one RIGHT ACROSS THE STREET from our neighborhood (i refuse to call it a trailer park. I just...can't do it.). I don't think I've been to that zoo in 10 or more years. Which means that in the almost 4 years we've been married, I haven't gone to the zoo - and it's RIGHT ACROSS THE STREET! I told Brad as soon as it gets cooler, we're GOING.  THIS IS THE YEAR! HA!

September also means the return of Law & Order SVU and Grey's Anatomy! YAYYYYY!
And Big Bang Theory, maybe? Not sure when it comes back on... My 3 favorite shows!

Posted by Melissa at 11:09 AM
Email ThisBlogThis!Share to TwitterShare to FacebookShare to Pinterest
Labels: holidays, hurricanes