So from December 2 through December 16th I was a very busy little lady! I agreed to run sound for Baton Rouge Little Theater's production of A Christmas Carol. It pretty much filled up the first two weeks of my December calendar, but you know? I'm so glad I did it.

We had rehearsal December 2, 3, & 4. Then a preview performance on the 5th & 6th. And then a show every night from the 7th - 16th, plus TWO shows both Saturdays and one of the Sundays. Geez! The only night off was December 10th! It was busy but FUN.

This past Saturday, I decided to bring my camera & take some pics... you know...between sound cues! :) I couldn't take anything if the stage was too dark, and it's a really dark show. But i did get some good shots of the scenes that have a lot of light on stage! 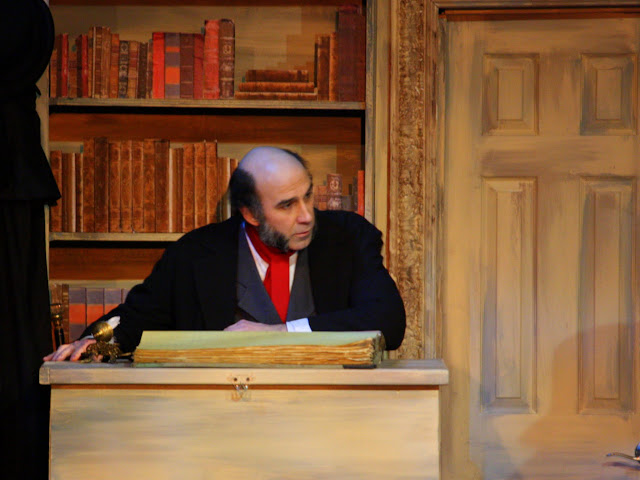 This is Mike, he is our Scrooge. I LOVE HIM in this role. He is phenominal. Of course, he is good in every role he plays - very good actor! He's a Latin Professor at LSU, too. 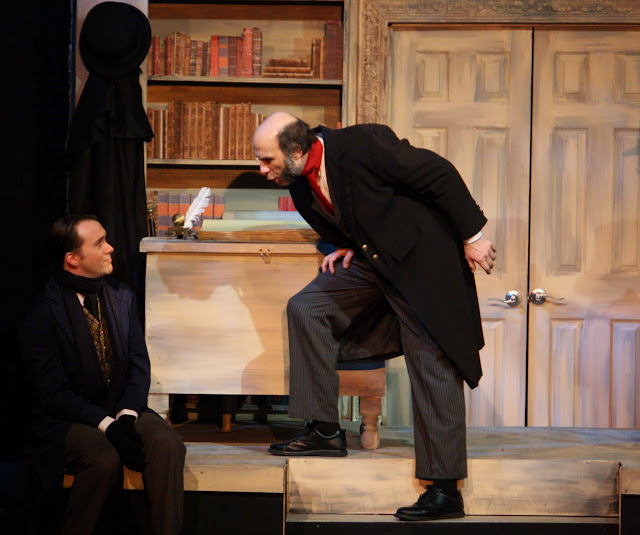 Scrooge & his nephew, Fred, played by my friend Travis, who is very funny! 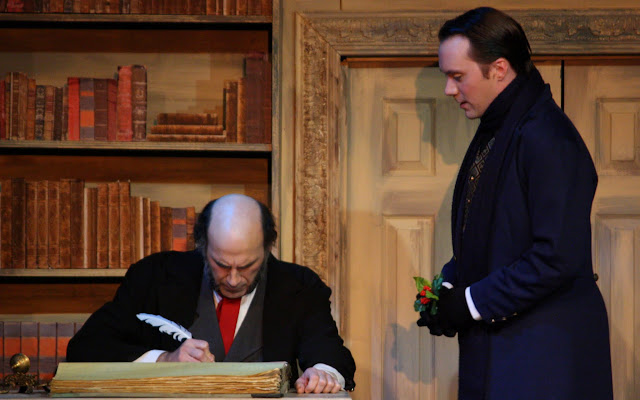 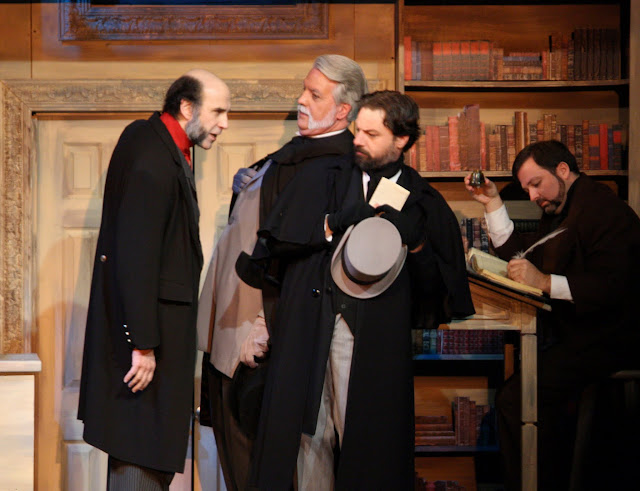 This is one of my favorite shots. Scrooge saying, "I wish to be left alone!" The two guys in the middle play "two gentlemen" - the younger one is Phil, a dear friend of mine! And to the far right is Davis, another good friend. He played Bob Cratchitt. 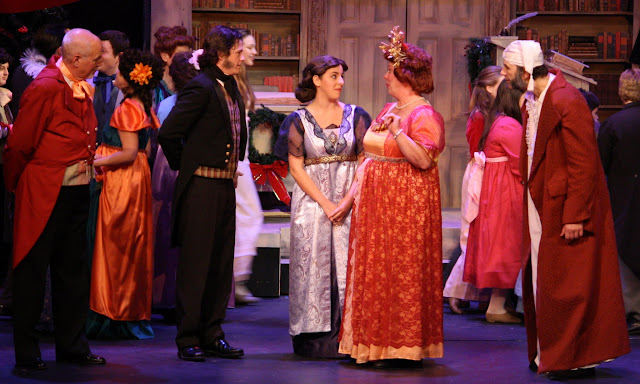 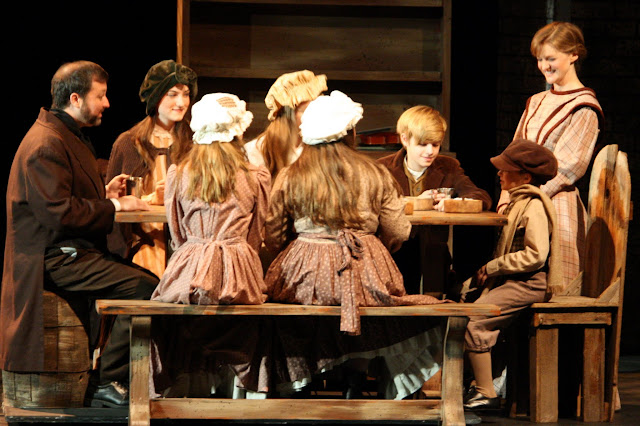 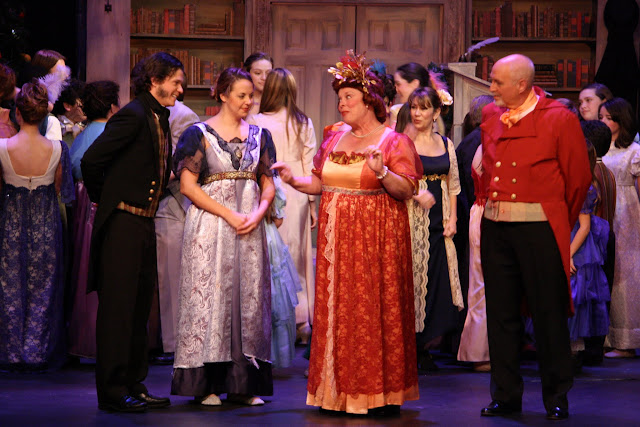 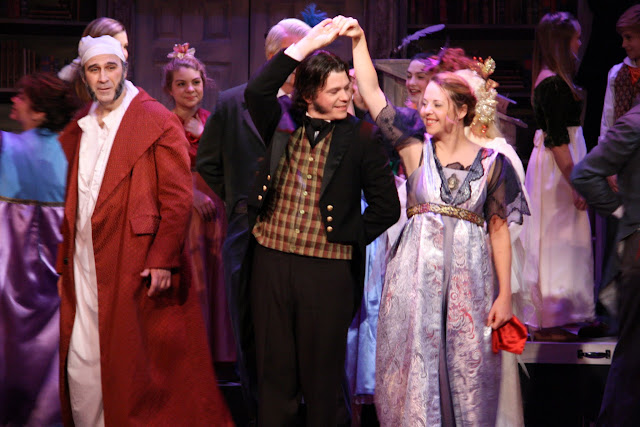 Another favorite. Scrooge remembering when he was young & in love with Belle. 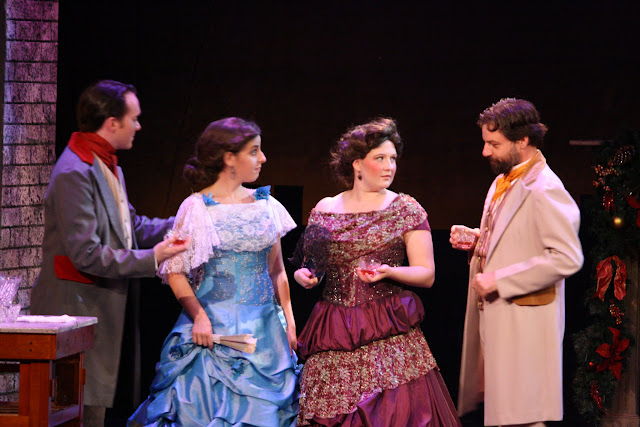 A little blur here, but i love the dresses & the look of disdain on Lily's face!

I'm sad I didn't have the ability to capture all of my favorite scenes...such as the improvisation Mike & Nancy (as Scrooge & his housekeeper) portray in one scene - hysterical! And the little orphan boy (played by a girl) who has an amazing voice. And the adorable child playing Tiny Tim! Not to mention the ghosts - it was way too dark on the stage for me to get good pics! I got a few good ones, though! :)

P.S. Thanks for being patient with my lack of blog posts during the past two crazy weeks!