I think it took me long enough to try spaghetti squash. It took so long because i could never FIND it! Maybe because i didn't know what i was looking for. Anyway, one day in Wal-Mart, i was passing through the produce section when i spotted it. I practically RAN to it, picked it up to make sure it was actually spaghetti squash, and not some other squash. And it was. SCORE! :)

It is SO GOOD! It was definitely worth waiting for. I think it is my favorite veggie. Spaghetti Squash is often used in place of pasta. I was never a huge fan of pasta. I like it and all, but it's not one of my weaknesses. That being said - i actually PREFER spaghetti squash in place of pasta! And so does Brad!! He LOVED it!

So here we go. My first try at Spaghetti Squash. 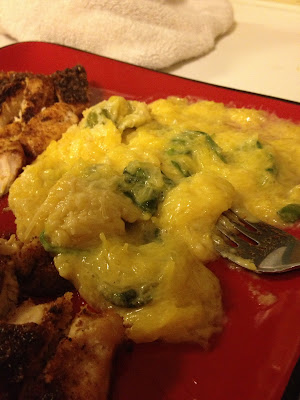 Um...this proved difficult. I had to get hubby to help & it wasn't easy for him either! 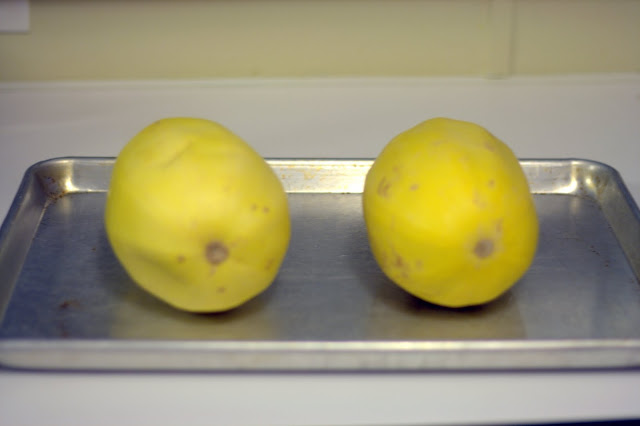 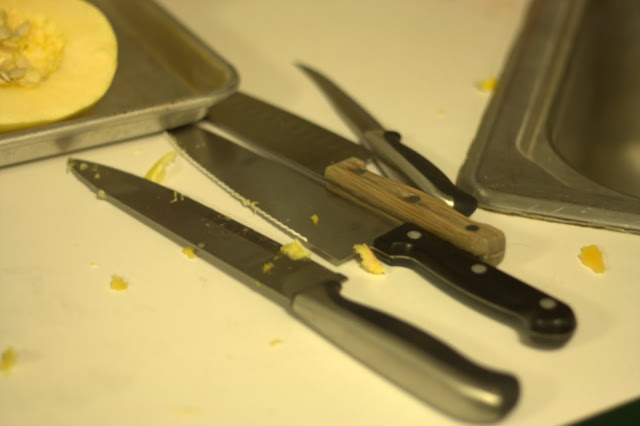 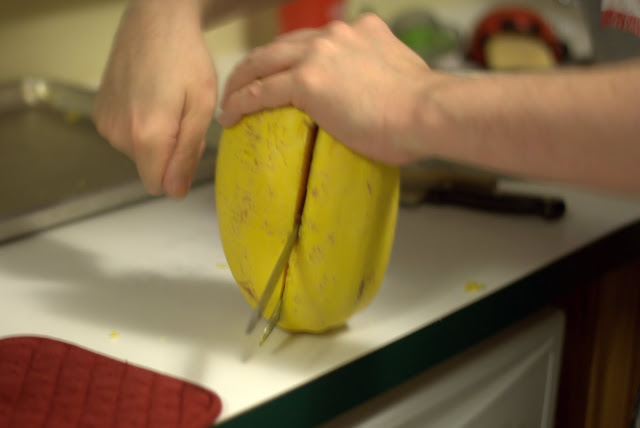 I mean, GAH! This part was NOT easy! But after that it was smooth sailing! ;) 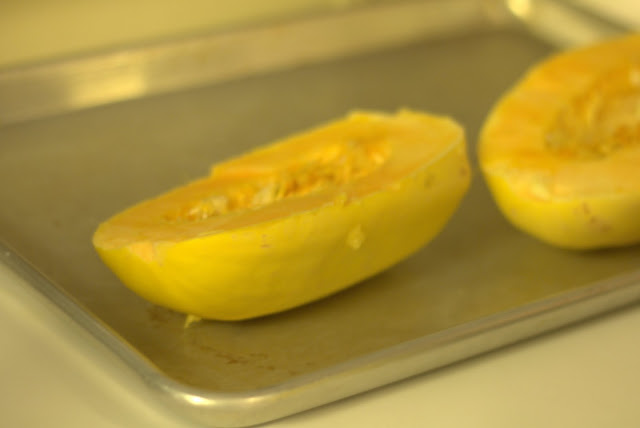 2. Place squash on baking sheet. Bake until tender, about 1 hour. 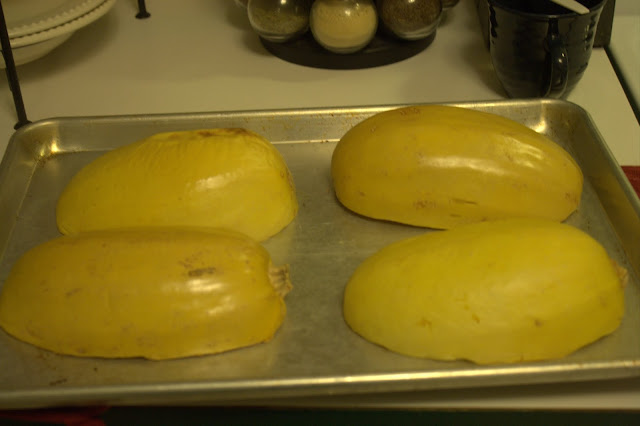 3. Separate the strands of squash & place in a medium bowl. Discard shells. 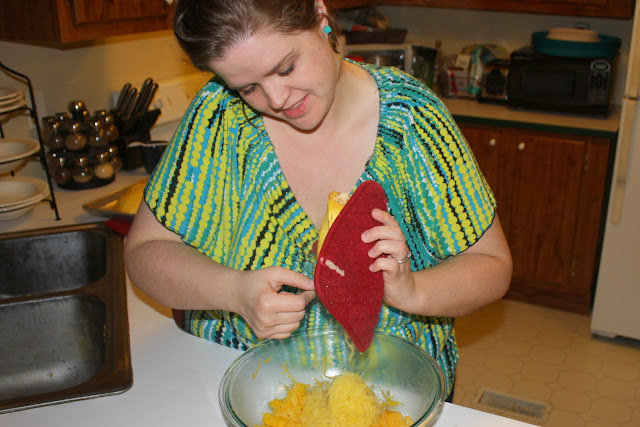 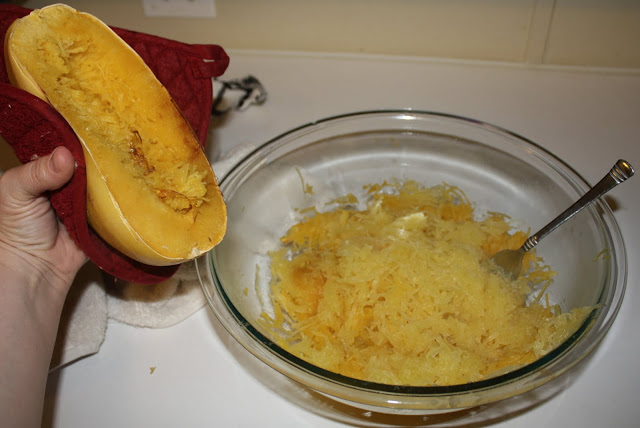 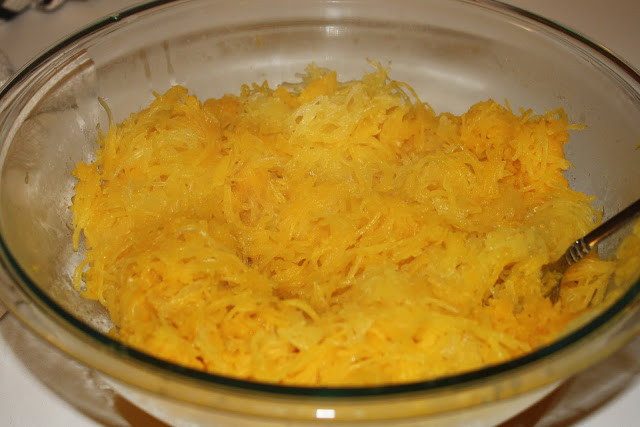 Honestly, it would be fine...just like this...with some olive oil, salt & pepper, maybe. But we kept going w/ the recipe. ;)

5. Add milk & chicken broth and continue whisking, raising heat to medium-high until it comes to a boil and becomes smooth and thick. Season with salt & pepper. 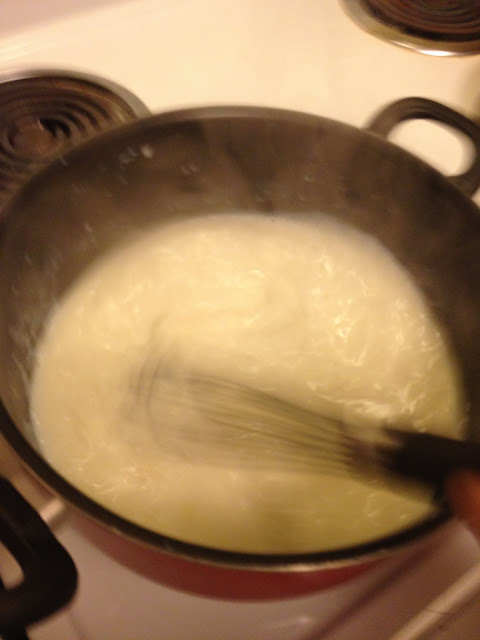 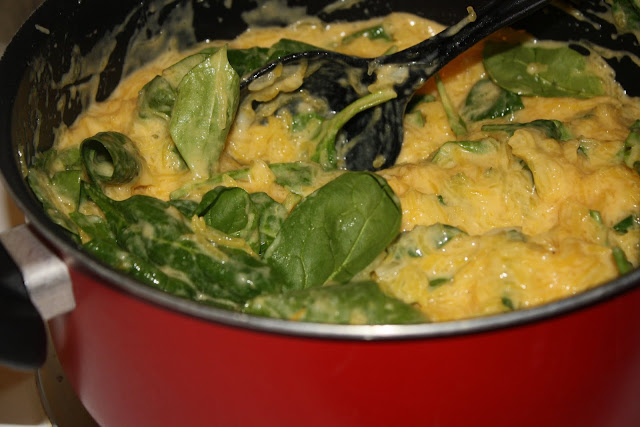 7. Pour into a baking dish, and sprinkle parmesan cheese on top. 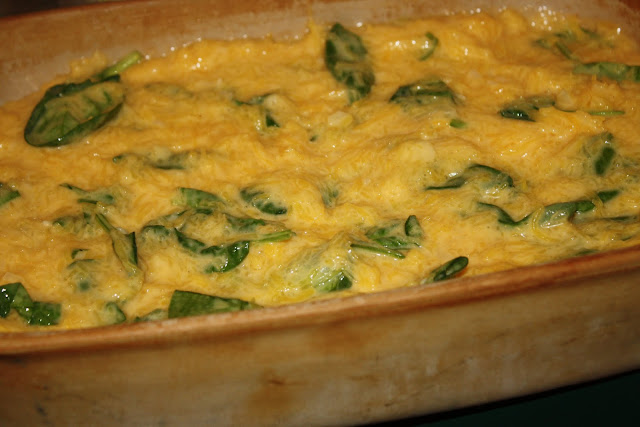 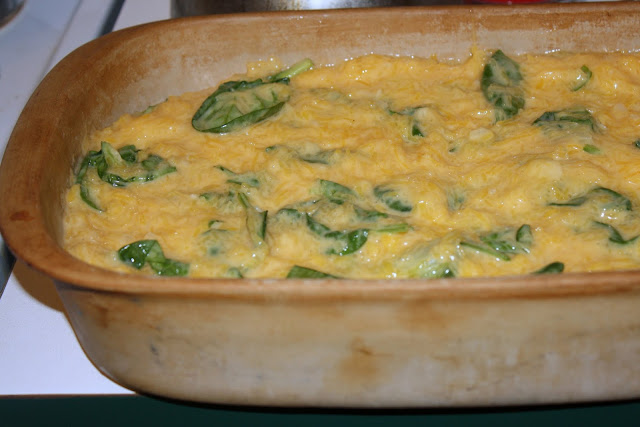 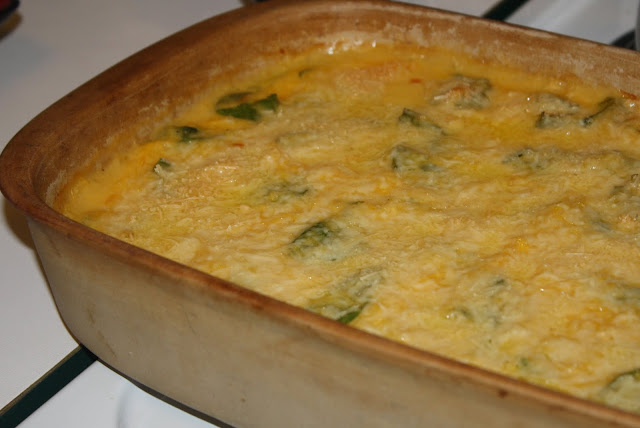 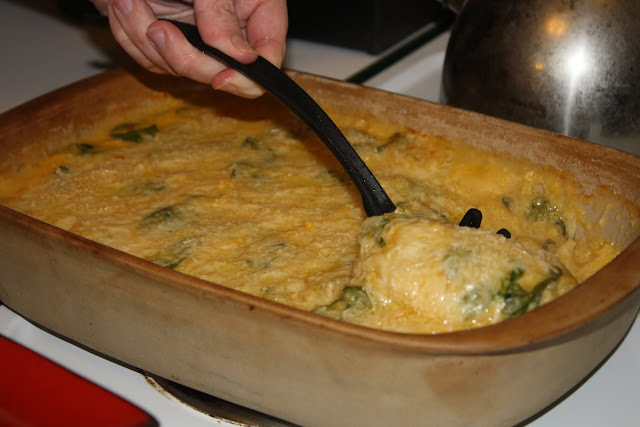 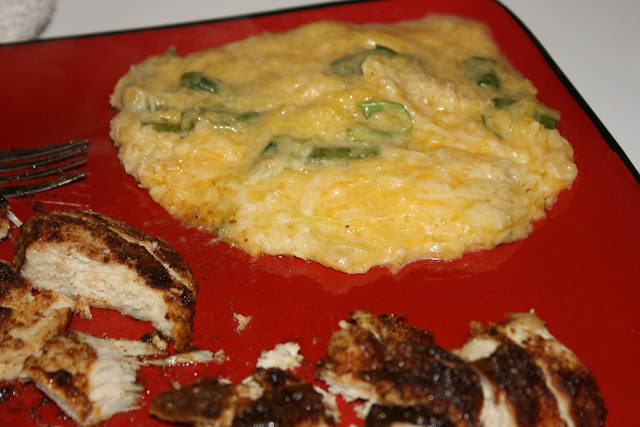 This was an easy recipe, too. Once you get past actually cutting the spaghetti squash! But that may have been just us. HA! :)

Posted by Melissa at 11:57 AM
Email ThisBlogThis!Share to TwitterShare to FacebookShare to Pinterest
Labels: Recipes, sides, vegetarian