My First & Only Valentine {a love story}

My first real Valentine's Day was in 1997. I was 19. I don't remember how we celebrated or what was said. I don't remember anything about that day in particular, honestly. What i do remember that this guy was my valentine. 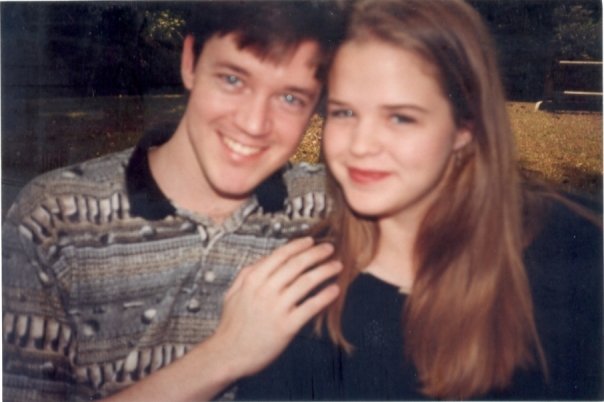 In that time, i dated no one. I mean, i went on maybe 4 or 5 dates in my mid-to-late twenties, but that was it. No relationships. No flowers. No kisses. SINGLE.

But in December of 2007, I got a phone call from my first love, my first valentine.

He asked me to dinner, I accepted. I was 29 years old. Maybe he was my true love after all? After all these years?

We went on 2 more dates with each other. Getting to know each other again. I wanted him to be "the one". I was 29 then, and although my mid-twenties were full of HAPPY SINGLE years, my late twenties? Not so much. I was ready for the guy God had for me.

I was actually angry. God knew how i longed for a husband! I felt like sending me back my first love only for us to be separated again was like teasing a dog with a treat! Honestly, that's how it felt. I didn't understand what the Lord was doing.

But then Brad emailed me.
And it was clear he misunderstood me about some things.
I wrote him back to clear up his confusion.
He wrote me back again... and THAT letter? That letter is when i KNEW.

We kept writing. All through January & early February of 2008.We agreed not to see each other in person, because honestly - God was working through these emails.

Around February 10th, the director at the theater asked if i could run spotlight for a valentine's special they were doing. I said, "I don't know, I might have a date for Valentine's Day." He raised his eyebrows. "Oh, really???" Teasing.

Later on he asked again. I said, "You thought I was joking! I really might have a date for Valentine's Day!" (He didn't believe me the first time because i NEVER dated! Haha. Pathetic? Nah. I'm glad i didn't have to spend any time on guys not right for me!)

On February 13th he STILL hadn't asked me out for Valentine's Day! Ahhhh!

Well, maybe he still didn't think the time was right. So i called the director and told him i could work the show after all.

The night before Valentine's Day, Brad asked me out for Valentine's Day! Ahhhhhh! Haha. I had to decline, because i had already agreed to run spot for the show, which of COURSE, i didn't want to! But what could I do!? If i commit to something like that, i stick to it!

I told him we would have to go out February 16th instead. :)

(I can't remember what was wrong with the 15th!)

On February 14th, i went to my car in the morning to find a CUTE red stuffed monkey attached to my side mirror, with a sweet card. (I still have that monkey somewhere!)

On February 16th we had our first official date - after all of that history!
We went to Carraba's Italian Restaurant, and looked all googly into each other's eyes. I remembered how in December there was NO chemistry... just two people who once knew each other sharing dinner. Suddenly, there was some serious chemistry going on!

We went back to my house and walked the neighborhood, too scared to hold the other person's hand (even though we had DATED before for pete's sake! But a decade of time makes you feel like it's not the same person!). He finally grabbed my hand at the end of the walk - so we just walked it again. ;) 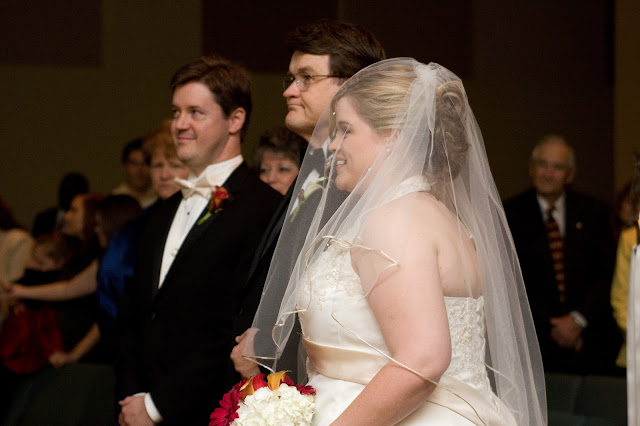 And we are living happily ever after. 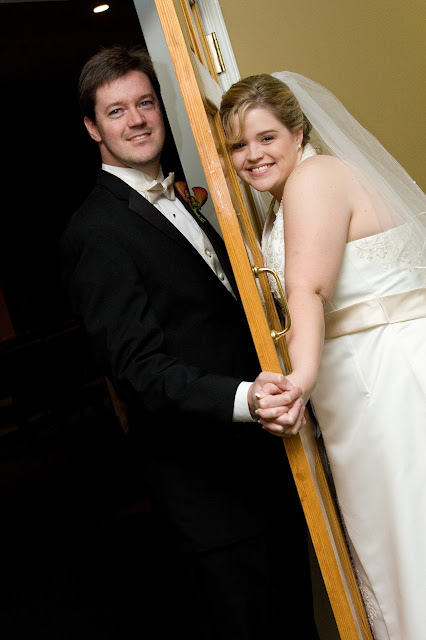 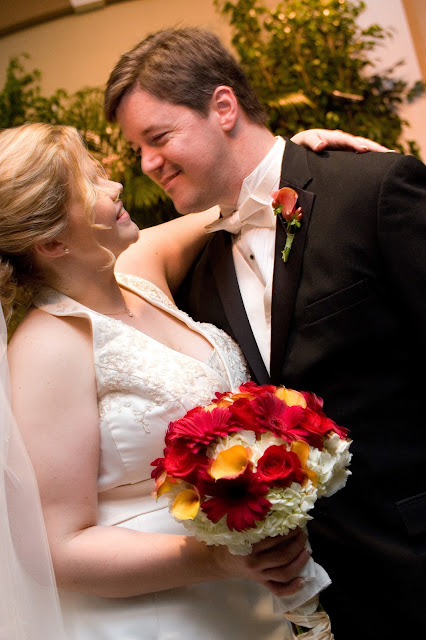 He cherishes me. And I am so thankful.

Yeah, i know it's cliche. I don't care. After 7 valentine's days that mean something to me, I have still had more single ones. I know what that's like. Sometimes it's FINE, sometimes it sucks. It depends on how you are feeling that particular year. And that's okay. :)

I marvel still about how quickly it happened. I was COMPLETELY AND UTTERLY single in December 2007. And then Brad came back in my life. And less than a year later, I was a married woman! It was a dream. And i am NOT JOKING or being fake or dramatic at all when i say that i STILL sometimes marvel about it. I still sometimes say, "I'm so glad you called me!" or "What if you hadn't called me?!" Or "I can't believe we are married!" 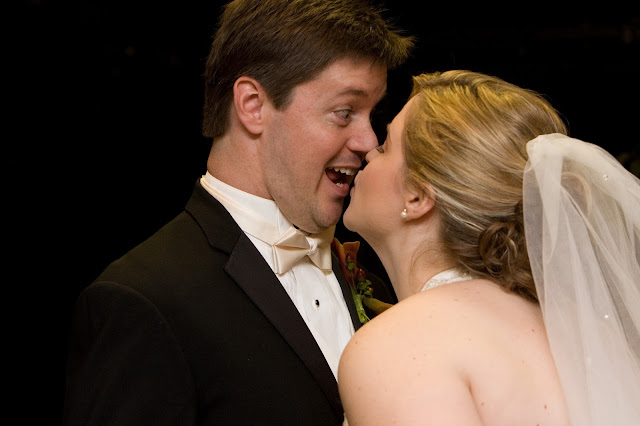 I just can't believe that my first real boyfriend, my first love, was truly the one for me. And if you had told me that he was my future husband during the decade we were apart? I would have laughed in your face!

But i would've been wrong.

And i am so glad for it. Because  he is my better half. My best friend. The one who loves me unconditionally. He is my person. 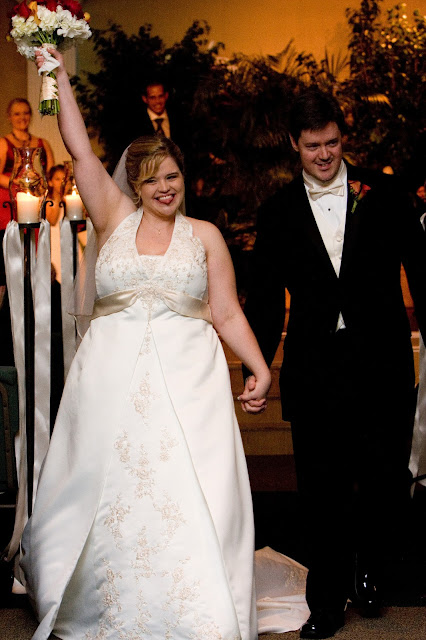 (If you want ALL the gory details, see "our love story" at the top!
Posted by Melissa at 9:42 PM
Email ThisBlogThis!Share to TwitterShare to FacebookShare to Pinterest
Labels: Brad, love, Marriage, our love story