My husband and I live right across the street from our city's zoo. Brad lived here first, and I moved here when we got married. I remember saying, "I haven't been to the zoo in ages! We should go on a date there one day!" He agreed. FOUR years later, we actually went! Finally, right?! We went October of last year, when the zoo was having a special event that caused our friends Billy & Mandy to work there, selling funnel cakes & stuff for the event. Our friends gave us free tickets, so that was our first time to go! That was in October. For our anniversary in November, we went to the New Orleans Zoo. And then yesterday, there was another zoo event, our friends worked there again, and they gave us free tickets again! Ha. I am kind of liking how this is working out. :)

Anyway, so we went yesterday & we had a great time! I brought my camera for some practice, and was slightly worried that there wouldn't be anything new to take pictures of. How silly of me! The otters, who we didn't see at all last time, had just been fed fish and were running & swimming around like CRAZY! There was an elephant demonstration at 10:30 that we showed up just in time for! And y'all...an albino peacock. Have you ever seen one of these?! I hadn't either. 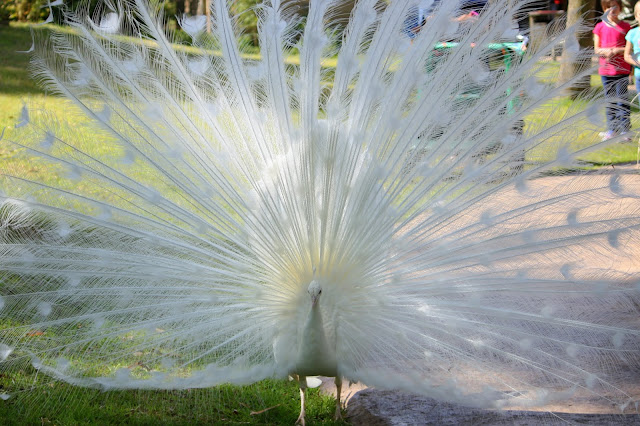 Wow! Beautiful! I've always thought regular peacocks were gorgeous. And they are! But nothing compared to this one! Just so elegant!

The elephant demonstration was pretty cool. They had two trainers come out & the girl had the elephant sit for us, lay down for us, pick up a giant piece of wood & walk with it, catch a baton & take a bow. Other things I am probably forgetting. It was so cute, though! 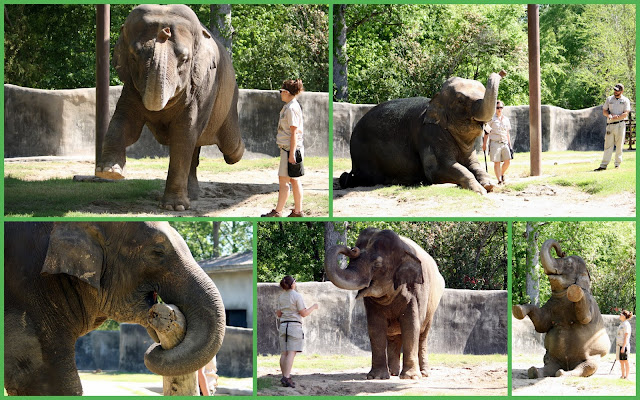 After awhile, we made our way to the tent where one of my bestest friends in the whole wide world was working. They own a business where they bring snow to parties & such. Ha! Down here, you have to actually MAKE snow if you want any. :) So they have a very successful business where events & families hire them to do snow parties! It's pretty cool (actually, it's COLD. Ha!). Anyway, they also often get jobs selling sno-cones or funnel cakes or smoothies. And that's what they were doing today. Actually, Mandy was. Billy was working somewhere else. But it was SO GOOD to see my Mandy! I love her! 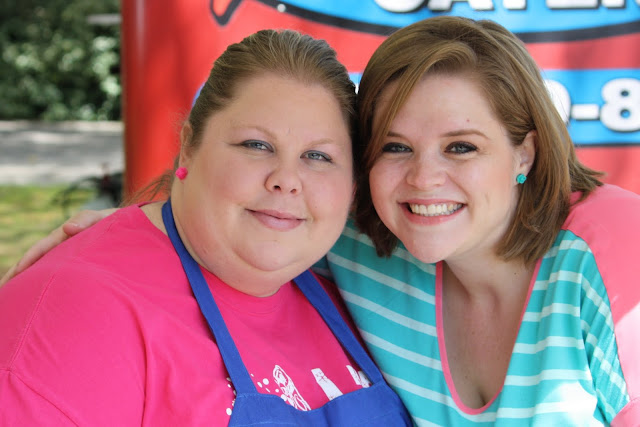 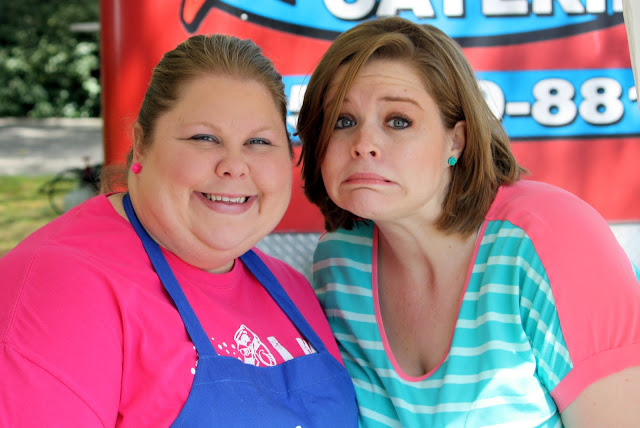 I just love her. And doesn't she look good in those colors?! I think so. She also got a couple of pics of me and my love! 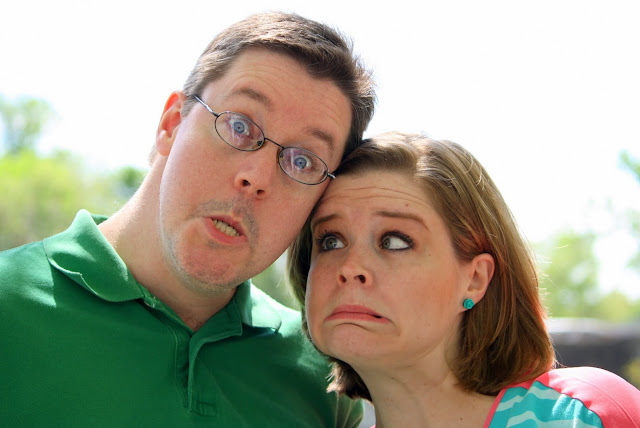 Ha! We are silly sometimes pretty much all the time.

Brad got funnel cake, but i didn't eat ANY. Not one bite! Not one crumb! No, siree! 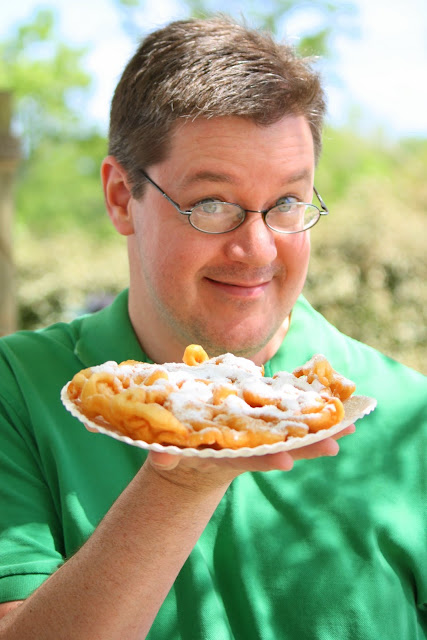 After visiting with Mandy a bit, we did some more walking around. I was kind of whiny at this point, because i was STARVING. Ha! So we quickly went through the rest of the zoo. Saw some more fun animals! I thought this turtle was pretty hilarious. I have to say, I've never seen a turtle's NOSE before...until now! 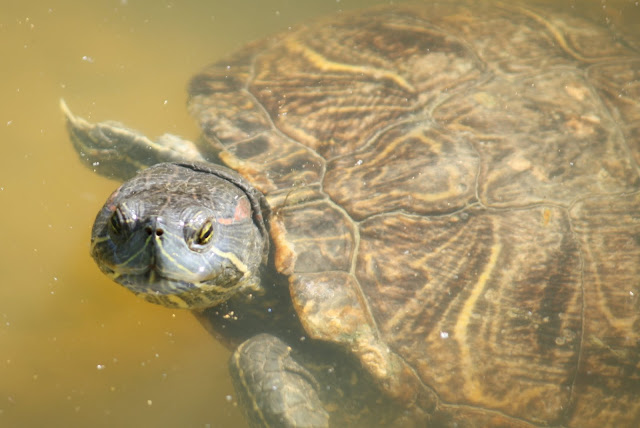 There were also screaming monkeys. And by screaming, i mean, SCREAMING. See? 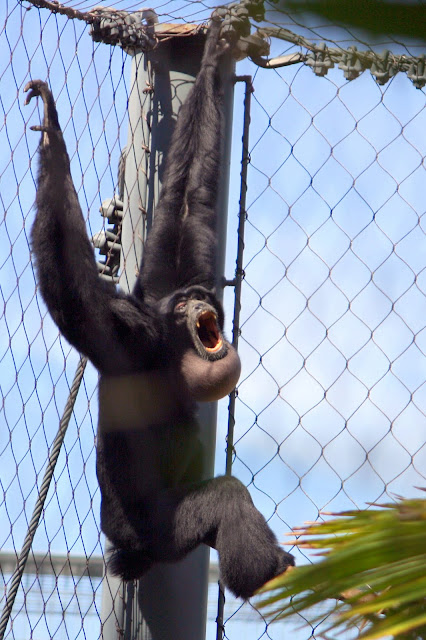 That is insane. And they weren't mad...seemed to be playing is all! There were three of them, and they could be heard from the moment you walked into the zoo! Crazy!

The beautiful tigers are always my favorite. :) I seriously just want to pet them! 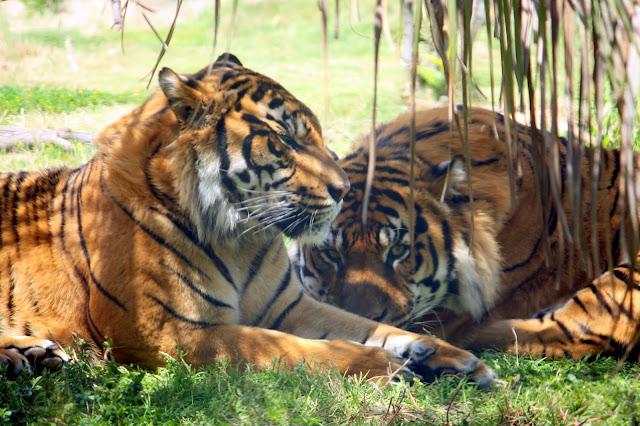 It was a wonderful day!! We really enjoyed it! Can't wait to the next zoo date! 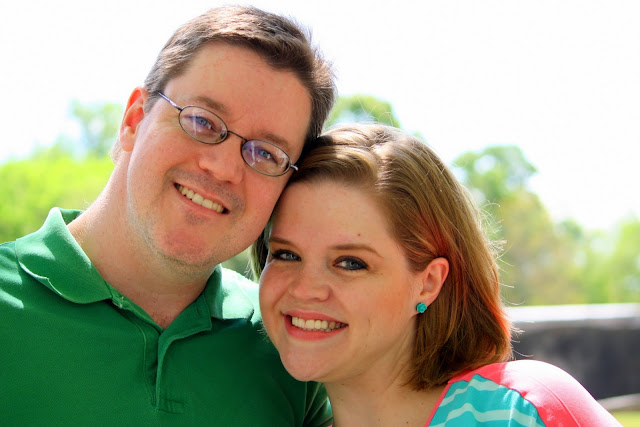