Friday night, I got some more photography practice in by taking pictures for a friend at her murder mystery party. Robyn is a homeschooling mom who also teaches English classes for other high school homeschoolers in the area. She was having an end-of-the-year party for her class... a murder mystery party!

I was so excited to get to be a part of this! I was also nervous! I have been getting much better at taking OUTDOOR pics, especially at certain times of the day! But indoor pics in the evening? Not so easy! She did have a lot of light on, though, so i managed to get some good shots. It was great practice!

Her set-up & attention to detail was outstanding! 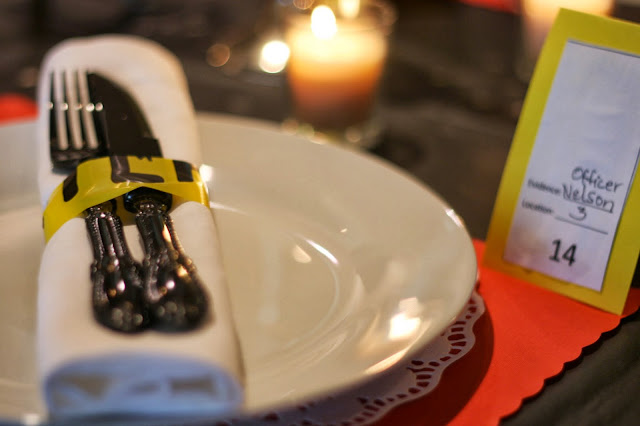 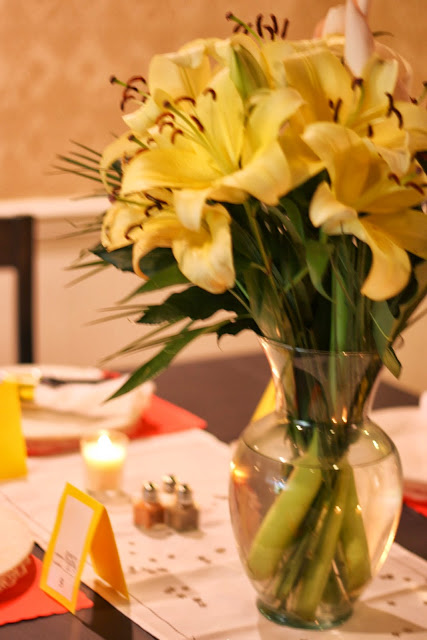 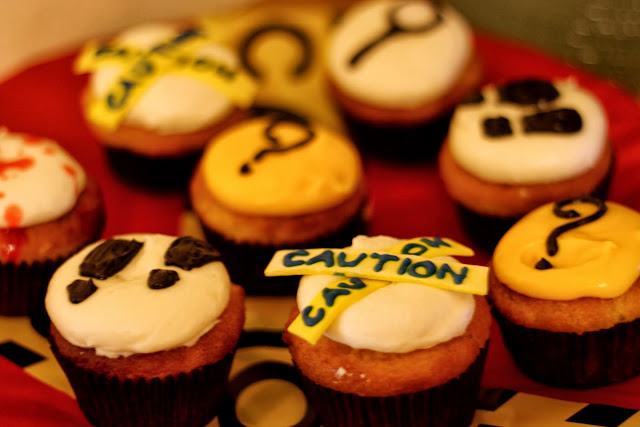 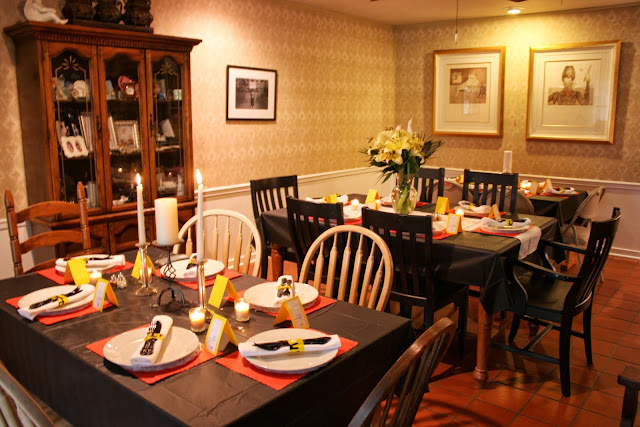 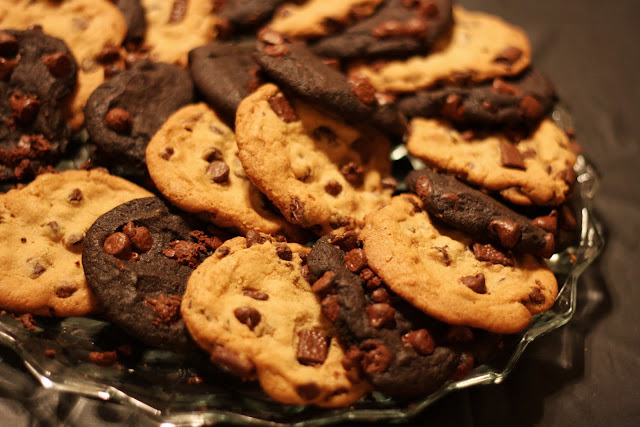 These are my weakness, y'all. 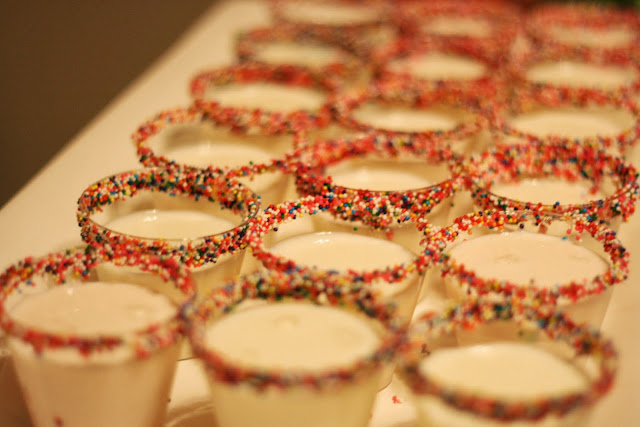 Look how cute! Milk shooters to go with the cookies. :)

Some of the kids... they're all dressed in the character they were assigned. Also, if you see any mean faces in pics - they were in character, I promise! 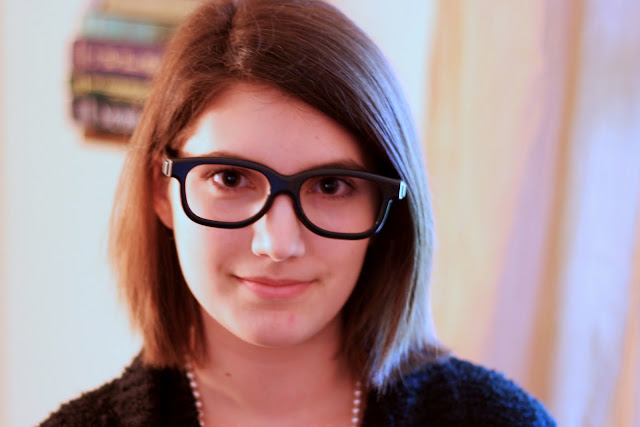 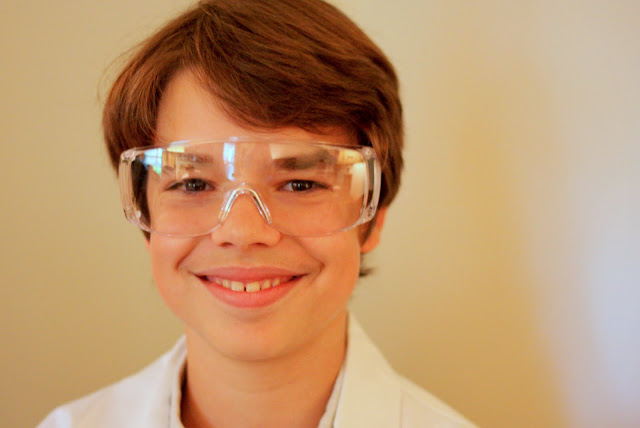 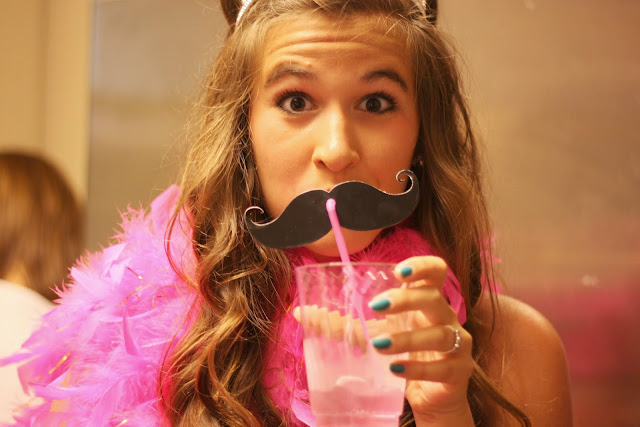 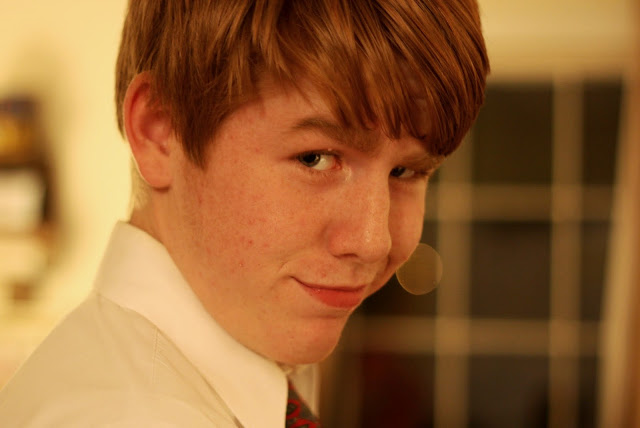 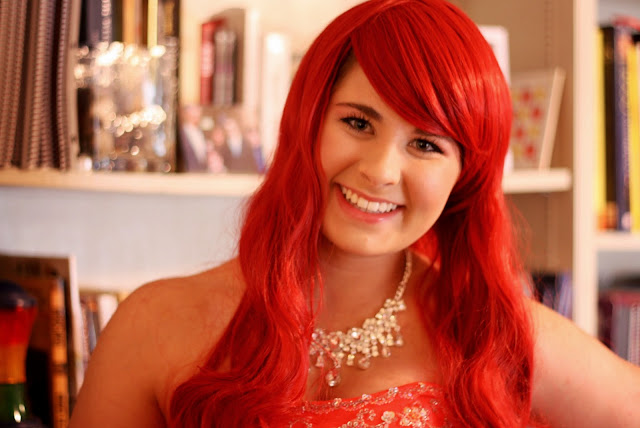 I told them i was going to recruit this girl for the theater! She maintained an excellent british accent the ENTIRE night, and she was soooo funny! 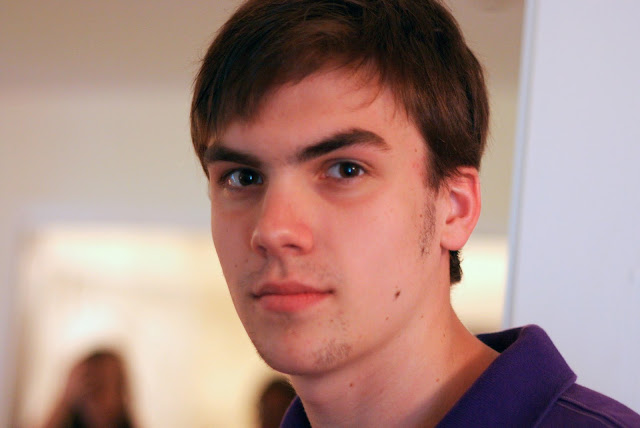 This is Robyn's oldest son, Quintin, who is now a teenager & as tall as my husband. Makes me feel OLD!! Haha! 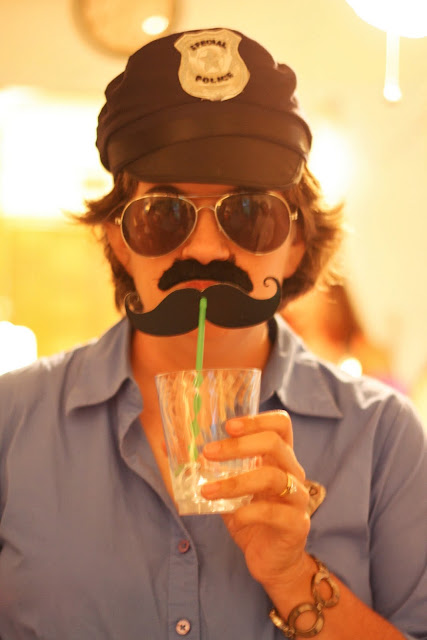 3 of the parents participated in the murder mystery game. This was "officer nelson" & she was HYSTERICAL!

During this part, they're all mingling, talking, trying to gain clues to discover who the murderer is. They were so funny. And cute. 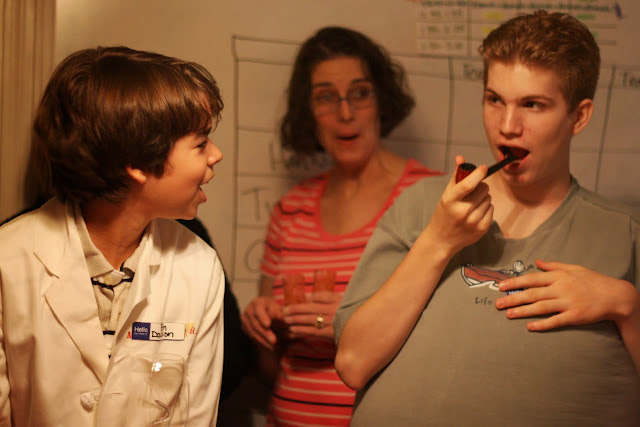 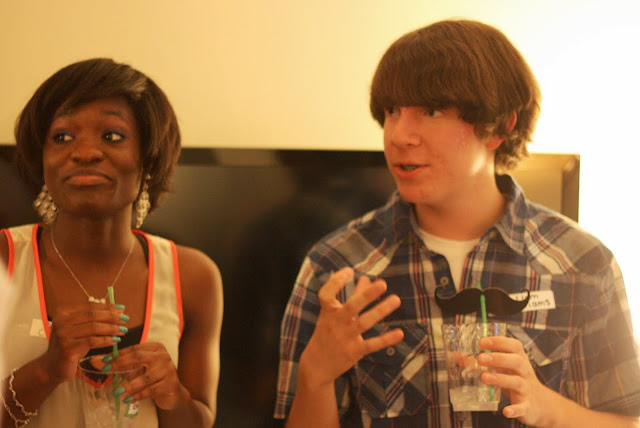 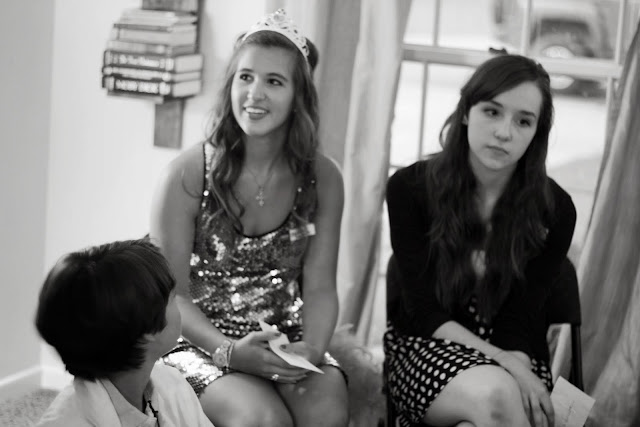 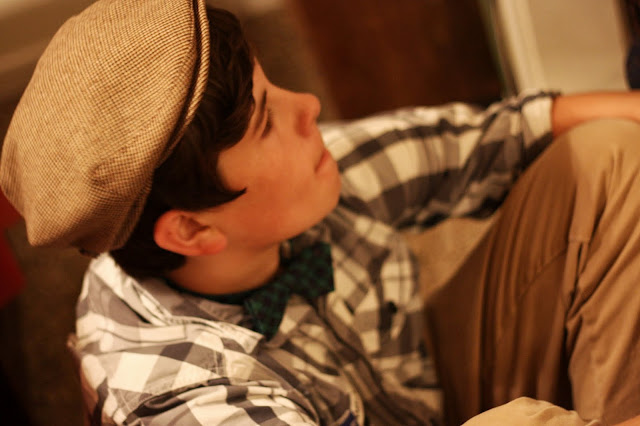 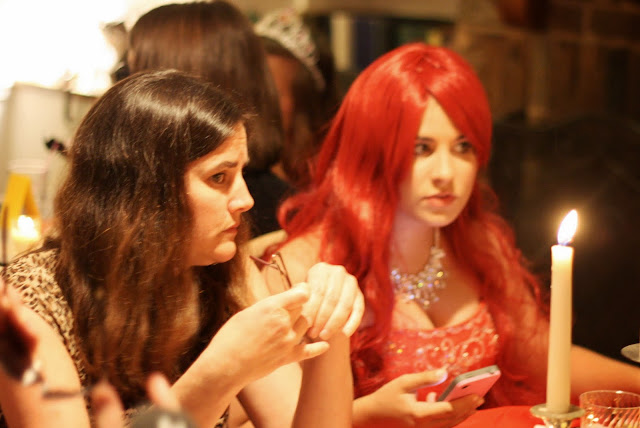 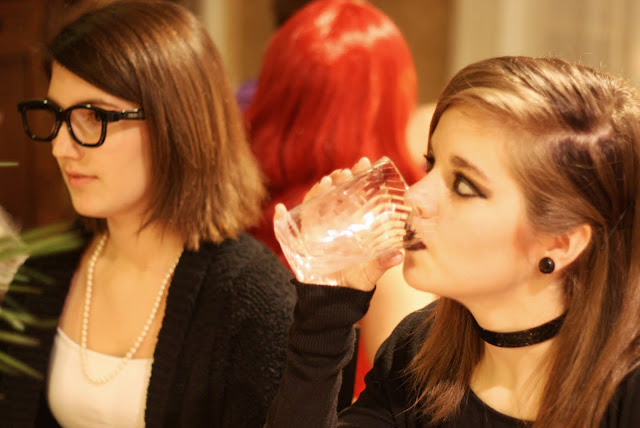 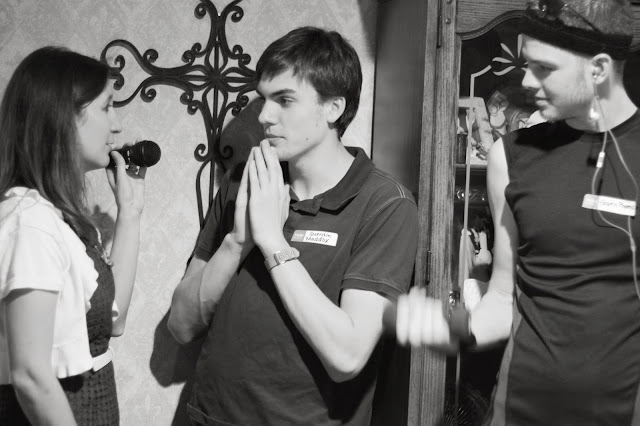 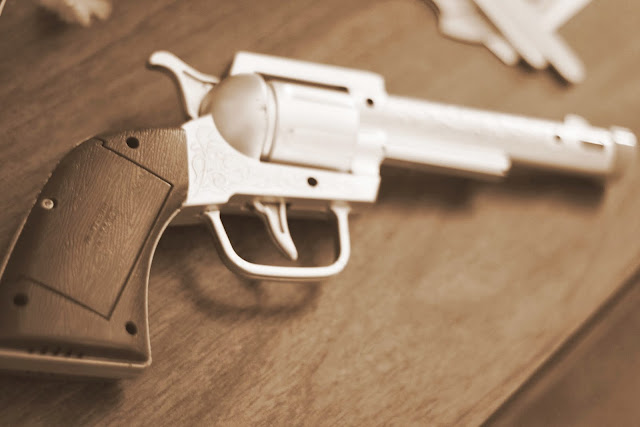 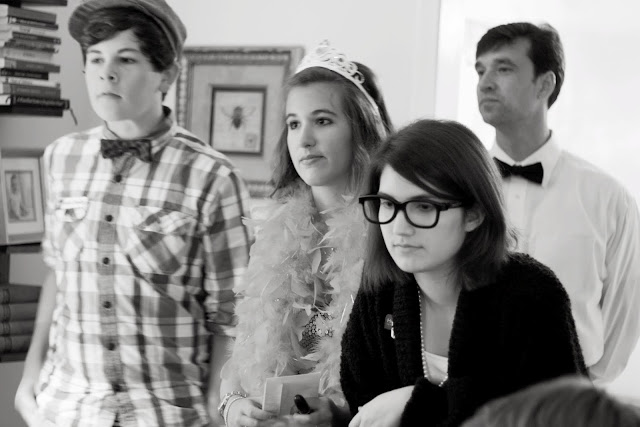 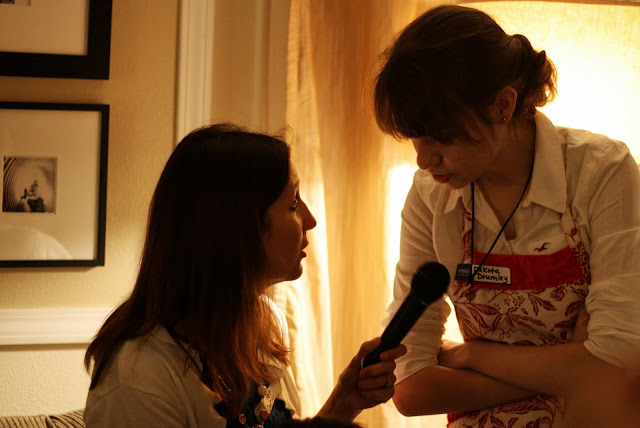 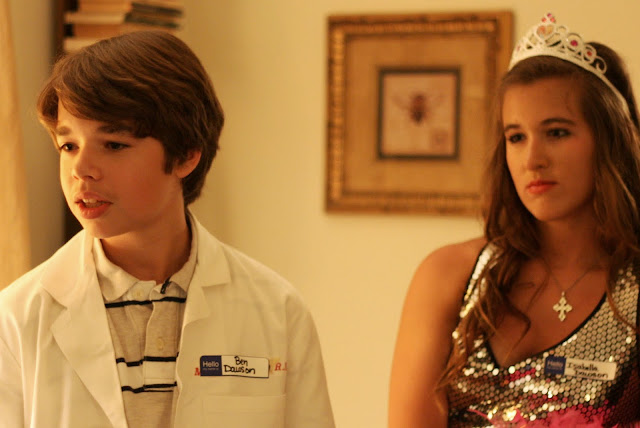 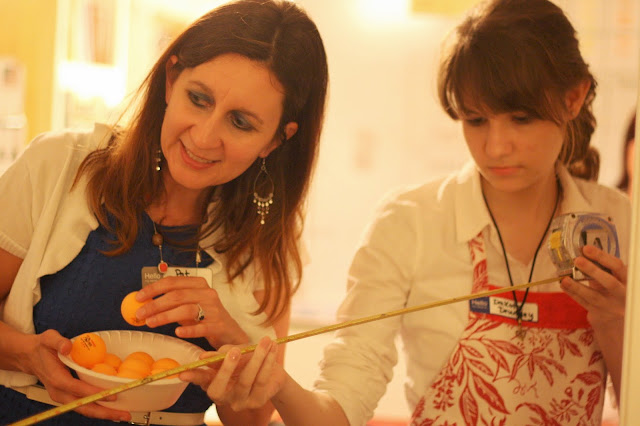 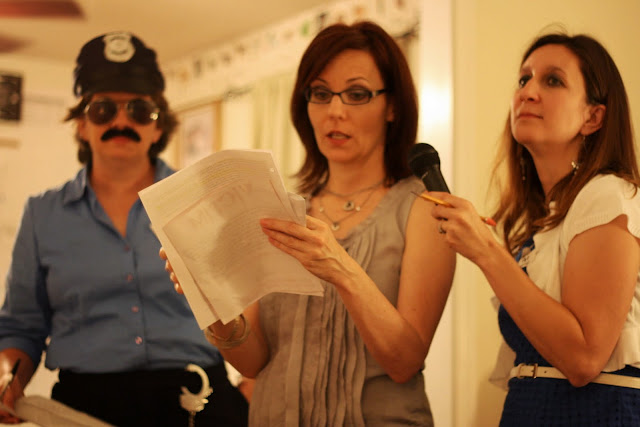 That would be my friend, Robyn, in the middle. I adore her! 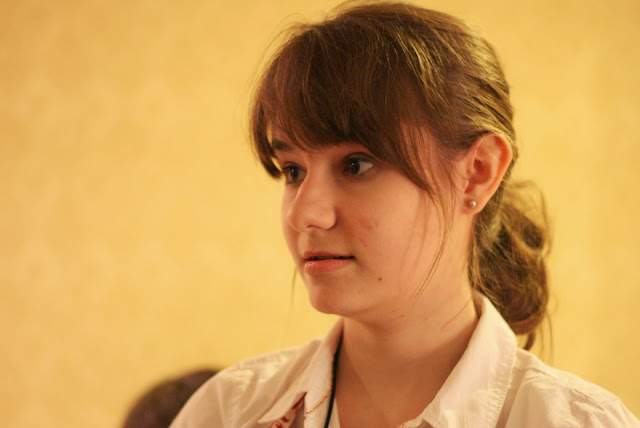 (Pssst! This girl is our murderer!!!)

This was my fave pic of the night; I got it on accident!! But we're saying it's somewhat a foreshadowing because she ended up being the victim. 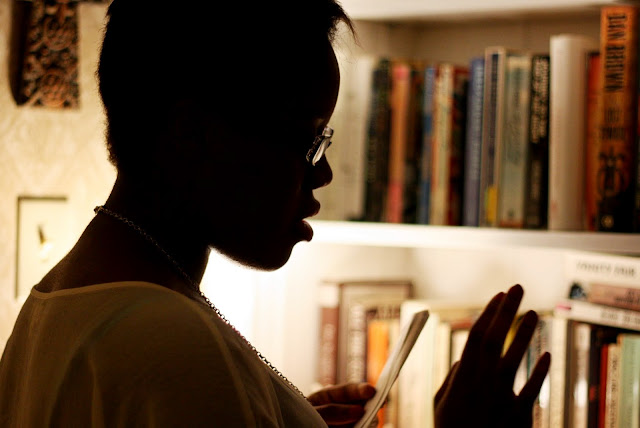 And there you have it! Sorry for the picture overload! ;)

Posted by Melissa at 5:50 PM
Email ThisBlogThis!Share to TwitterShare to FacebookShare to Pinterest
Labels: photography