So, our show is FINALLY ready! Yay!

Sometimes you are ready for an audience before you actually get one. That was definitely the case for this show. I think our cast was ready for an audience on Monday. Really, Sunday, other than the fact that it was our first dress rehearsal. Anyway, our first audience was Wednesday. Finally! You see, it can get old fast performing for the same 5 people in the audience (who sometimes aren't paying attention because they're discussing lights & sound & such). The cast feeds off of the laughter of the audience, it helps them with their energy level, causing them to give an even better performance, if that makes sense. So, Wednesday. First audience. It went well, but nerves were high, as is to be expected. Thursday, though! Thursday was our 2nd preview performance and it was FANTASTIC! Everything just fell into place, and the people in our audience were laughing hysterically. Yay!

Because I have a co-SM this go-round, and she was calling the show on Thursday, i was able to sit in the back and take some production photos. It's hard to get great shots in a theater...even if the stage is bright, the house is dark, and the action on stage is fast. I was using a tripod, but still had to delete a TON of too-blurry shots. I did manage to get some good ones, though. 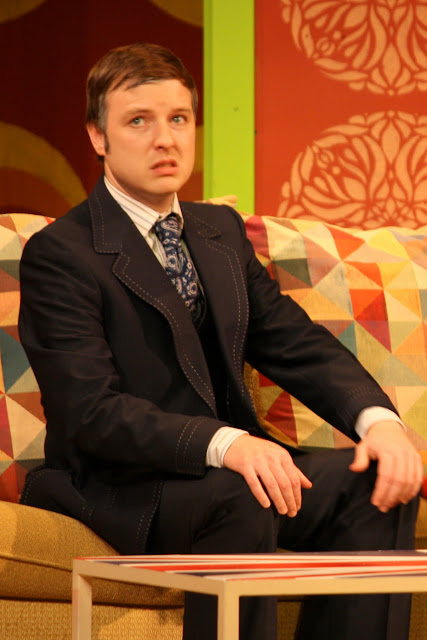 This is my friend, Ronald. He plays Mr. Markham. He has the best facial expressions! 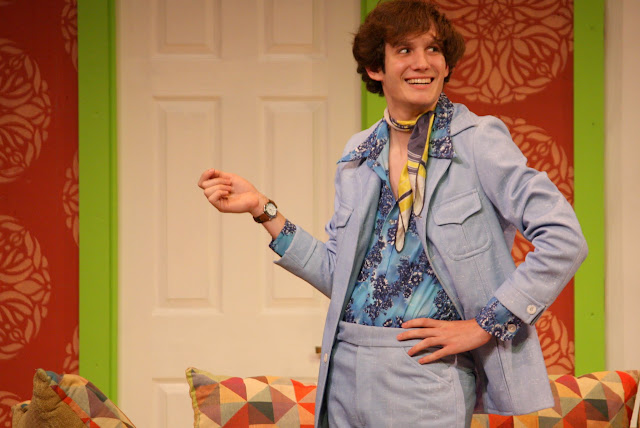 Zac, who plays Alistair. Got a lot of pics of his great facial expressions, too! 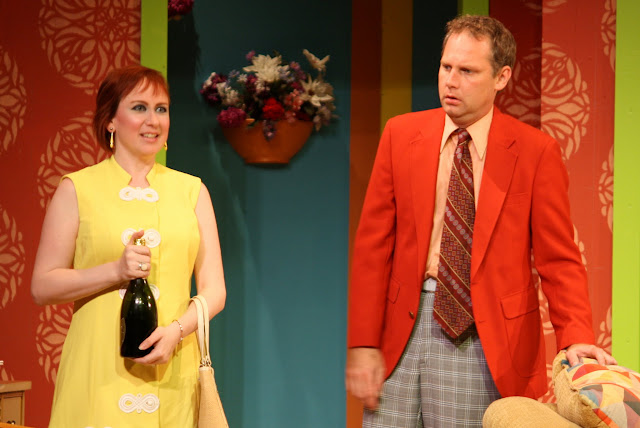 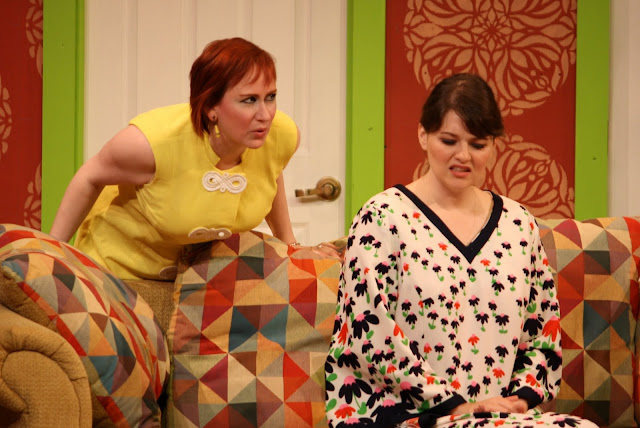 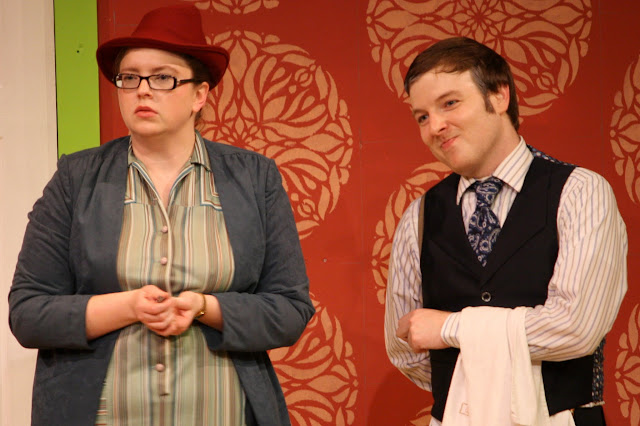 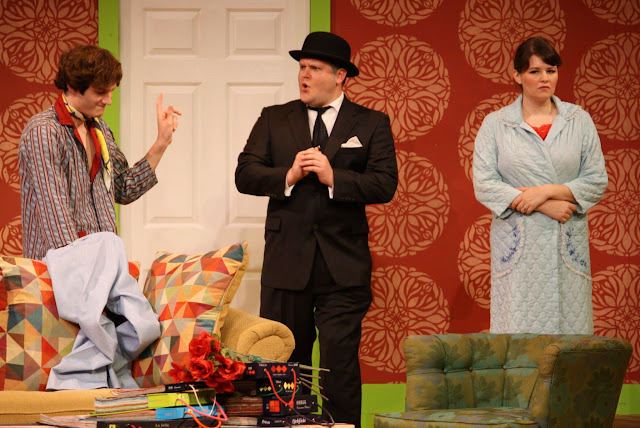 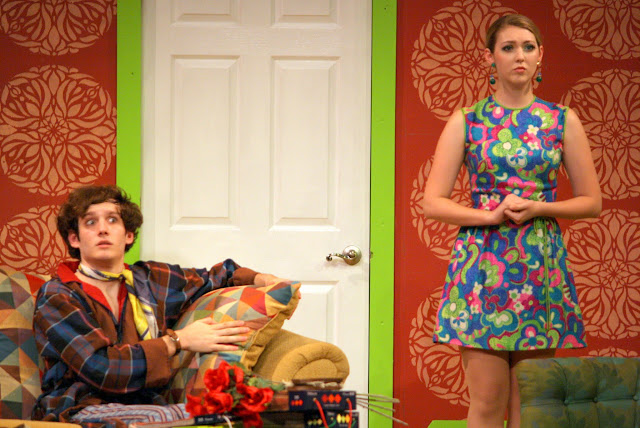 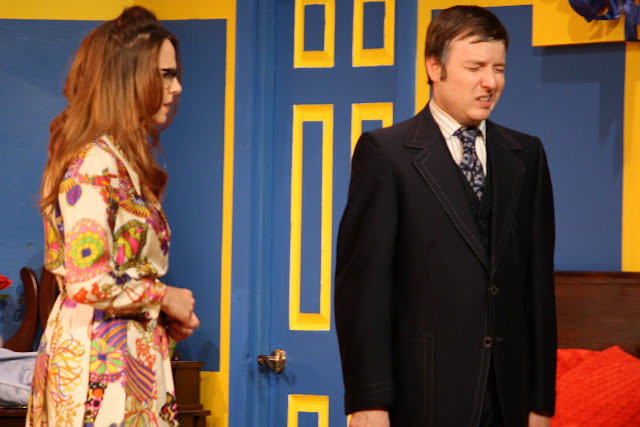 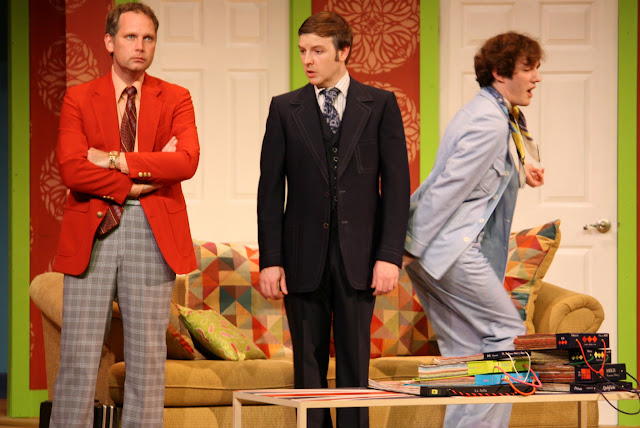 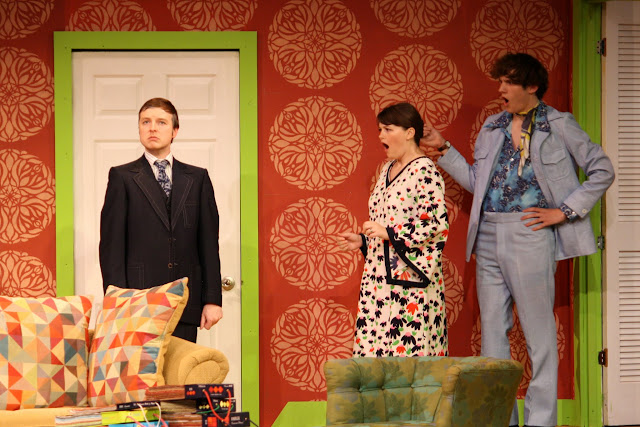 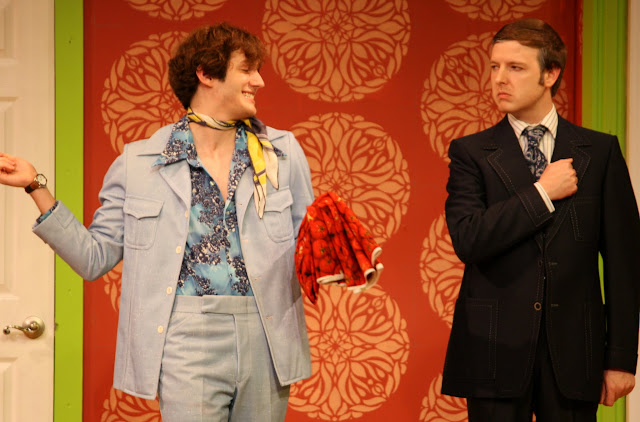 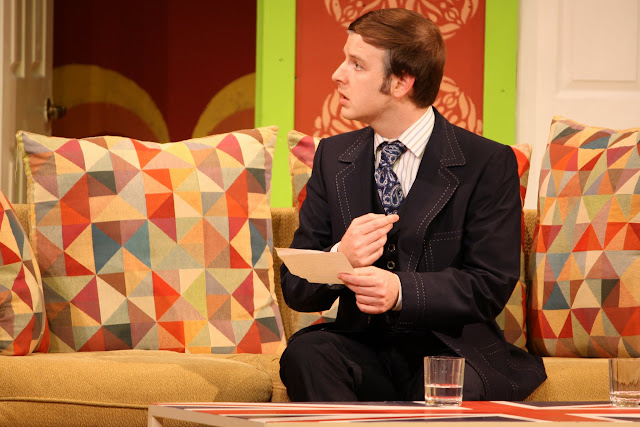 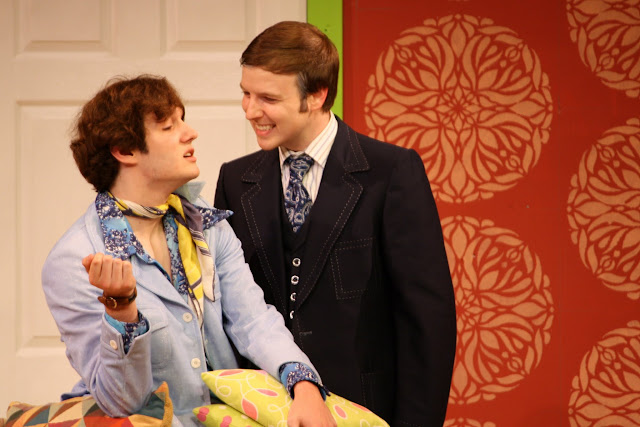 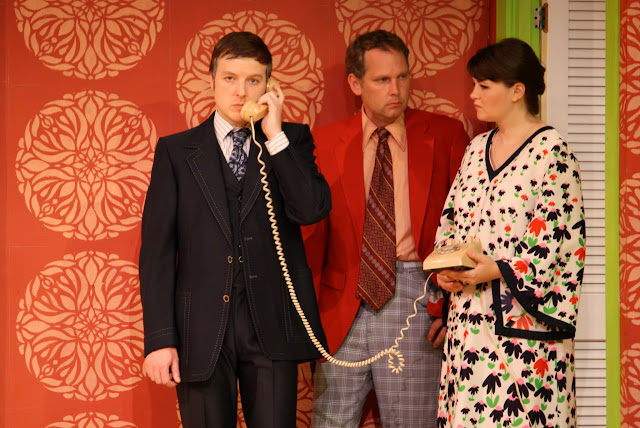 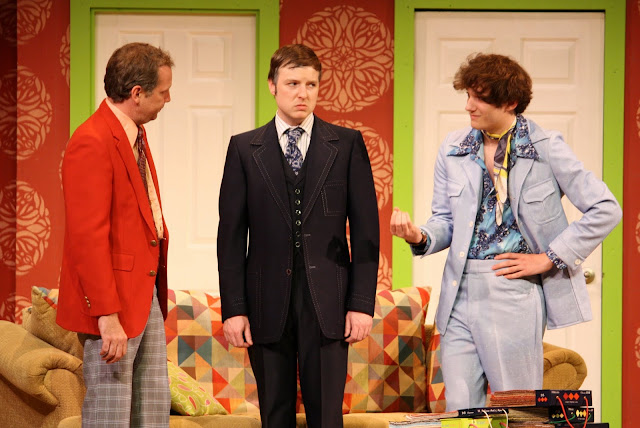 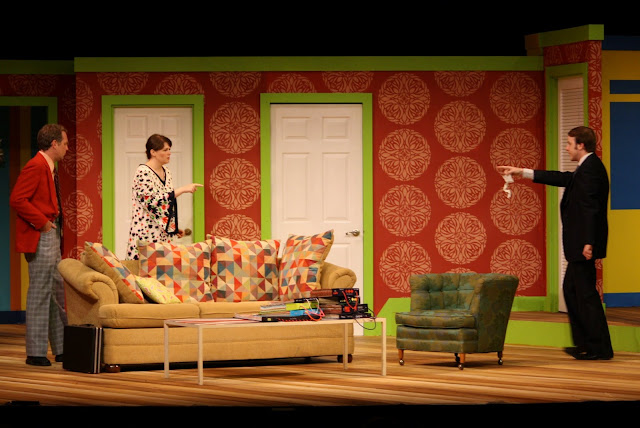 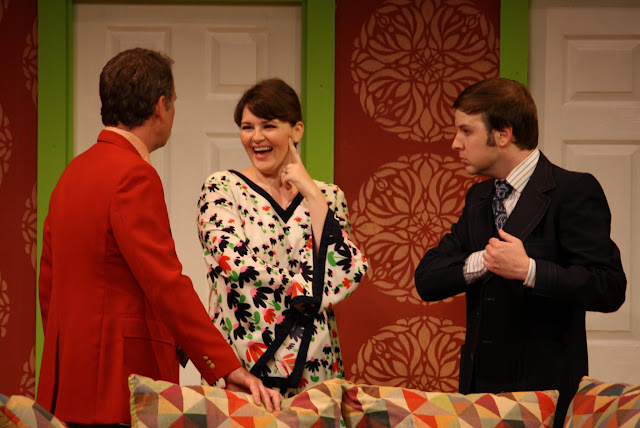 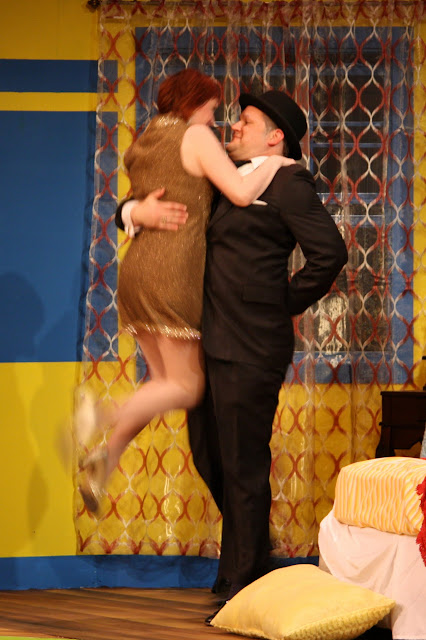 I know this is blurry, but these two are married in real life! They're so cute! 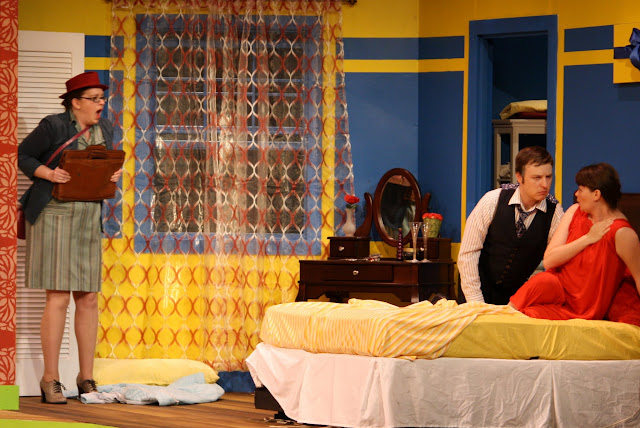 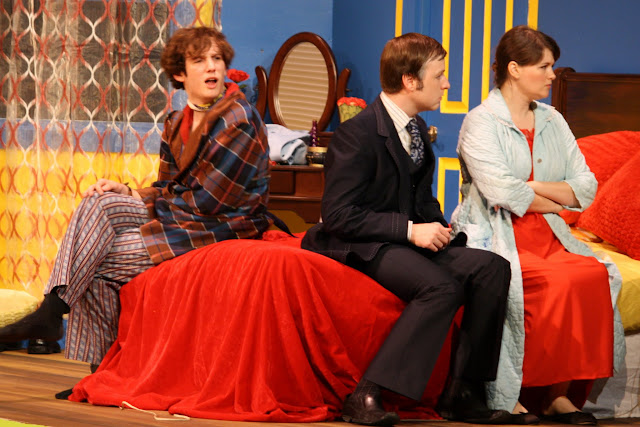 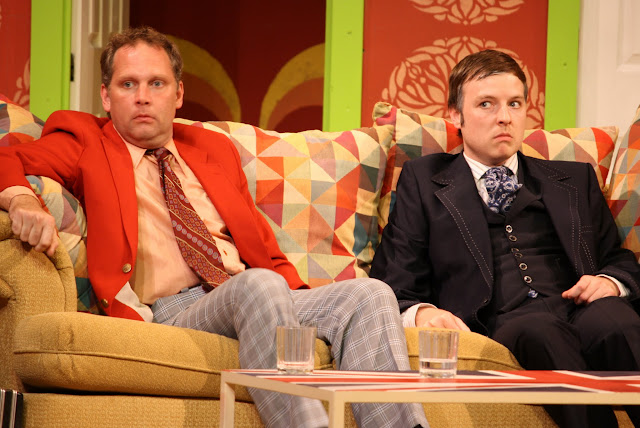 Here is a trailer they did for our show, if you care to watch! :) (The moment from the above pic is in the trailer... see if you can tell which part it is!?)