So thankful, so excited!

Thank you SO much for all the prayers regarding my job search. Many of you have already seen the news via Facebook or Twitter, but I should make an official announcement on my blog, right?I thought so! So, here it is...

Yes! I am the new Patient Access Coordinator in Radiology at Baton Rouge General Hospital! Woohoo! 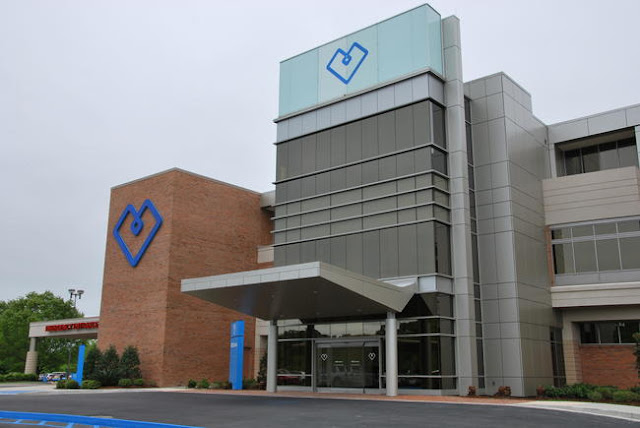 my new "office" (not really... this is the cardiology unit. I'm in radiology at the same hospital. But, you get the idea. :)   (source)

Basically, I will be scheduling appointments, checking insurance, sending results to doctors, walking ladies back to the back for their mammograms, and a bunch of other things I don't know about yet.

So... I think I may have told you that i interviewed last week at a hospital. I interviewed this week at the same hospital for a different position.

I really really REALLY wanted Position A. Like, really. Position B wasn't one I applied for, and it didn't seem like something I would be interested in, but I was open to it. I mean, I have wanted to work in the medical community for a long time now, and this is the first time they've actually called me.

The first interview was last Tuesday, and it went well, but i hadn't heard anything back for awhile so i thought it was not the job. They wanted someone with experience in the medical field, and even though I knew they liked me, I guess i put those two things together & thought it wasn't happening.

The second interview...the one i initially thought i did NOT want... well, it went really well. I hit it off with the lady who would be my boss immediately. After the interview part, she gave me a tour and also introduced me to the 3 ladies I would be working with. They were all so sweet, I hit it off with them, too, and i could easily see myself working there. There were only two cons to this one: the pay would be a few dollars less an hour than what I was making previously. And the job itself wasn't something I could get too excited about. (Purchasing.)

I had another interview somewhere else on Wednesday and felt pretty sure that was not the one, too! I was positive the first one in radiology wasn't happening either. So i was PRAYING i would at least get the Purchasing one. I figured i would like it more than purchasing I've done in the past (since there's a whole department and not just, "Hey, Melissa's not doing anything - let's throw this on her!"). Also there is room to grow (& get pay raises) & i could even transfer in 6 months if i hated it. It would be a foot in the door and would be something I might end up liking after all. So i decided i would take it. I hoped i would get it! But I really didn't think the radiology one was going to be an option for me.

Well, she called today. The lady in HR (who interviewed me for both positions before they saw me individually). The conversation went something like this:

Haha! It was great. I was like, GUSHING, into the phone. I don't think she minded. I chose the one in Radiology, without hesitating, because that is the one that i am excited about the WORK itself. And i liked the people there, too. The pay is the same as what i was making before, so that's good. (Whew!)

It is kind of sad to NOT get to work with the people in Purchasing, after having met them and thinking they are so sweet!!! But i am sure i will meet wonderful people in Radiology also. I am  really excited. If you couldn't tell.

God is SO good! I was so upset and hurt and angry about losing that photography job. But this one is SO MUCH BETTER! I remember just KNOWING that taking the photography job was a God-thing. And i do not doubt that still, even after what happened. Maybe it was just to get me away from my job before that (which was TERRIBLE). Maybe it was that, and also a stepping stone to get me to the next best thing. But i didn't imagine it would be this! I know it's less artsy & more sciency than what i would normally like. ;) But it's still something I think i will be good at, and a hospital - an environment I've always wanted to work in! Plus, they have stability there, great benefits, and much more! YAY!

What amazes me? By the time i go to work, I will have been out of work exactly one  month. Lost my job April 20th, start new job May 20th. 3 interviews, 2 job offers. THAT is amazing! It took forever to find a job when i was laid off in 2011. Or 2010. Whenever that was. Financially, we are going to be just fine. :) Praise God!

Thanks again for praying for me!!! You are the BEST!

"For the Lord is good and His love endures forever. His faithfulness continues through all generations." Psalm 100:5