Most of you know I am involved in our local theater. May of 2006 I auditioned for their summer musical, Beauty & the Beast. I had missed theater since high school (which I graduated from in 1996! So it had been 10 years since I'd done any theater!), and decided to get back into it. I also wanted to get into film acting, and everything i read said to start off at your local theater, to see if acting is really what you want to do.

So i did, but i never left. I just love performing live. And then i got dragged into Stage Managing & I fell in love with that role, too! I am SO THANKFUL for being cast in that first show. Because this has become a second home, a second family. I kid you not! These people love & support & encourage me in everything. They pretty much ROCK!

So every year they do a ball to celebrate & thank the volunteers from the last season. They do awards (best actress in a musical, best actor in a play, etc), have drinks & cocktails, etc! Last night was the ball & we had a wonderful time!!

They do a parody every year to start off the ceremony part. It's always led by Ernest, who is so talented & hilarious! He had us cracking up! The parody is basically off of all the shows of the past season. And this time they also made fun of our name change (because our theater went from Baton Rouge Little Theater this year to Theatre Baton Rouge). It was cute! 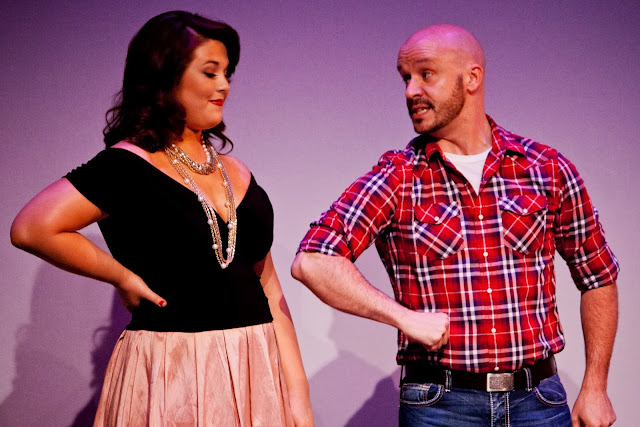 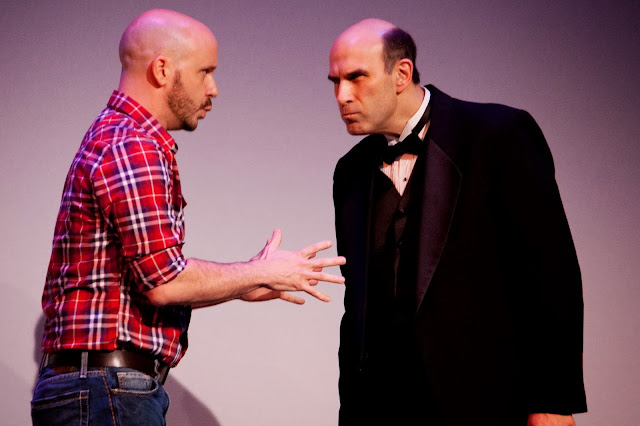 Ernest & Mike, who has played Scrooge for us the last 2 years. I LOVE Mike. He is an amazing actor & such a nice guy! He is also a Latin Professor at LSU, which i think is pretty cool! 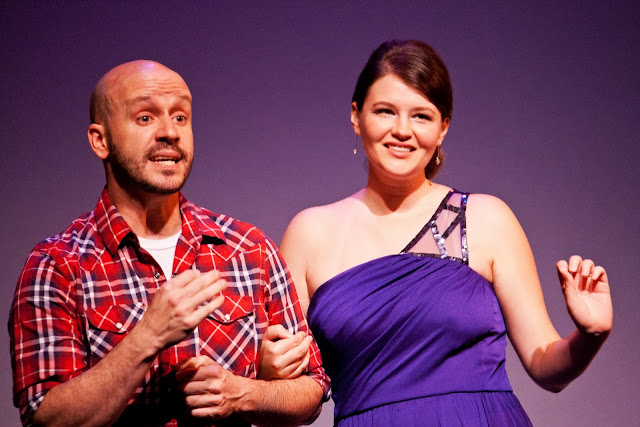 Ernest with Liz, who was Joanna in Move Over Mrs Markham. 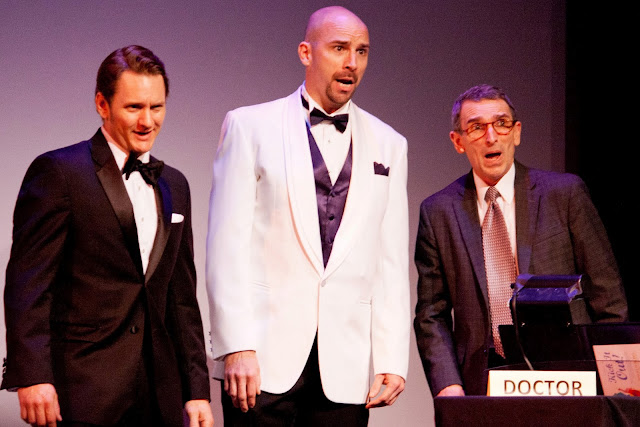 After the parody, we do awards! The nominees are posted in the paper the week before the ball, and the winners are announced at the ball. It's like the Academy Awards...but for a little community theater. ;) (We do have some VERY VERY talented actors, though! Promise!) In between some awards, they will have some performances (songs from musicals from our previous season). 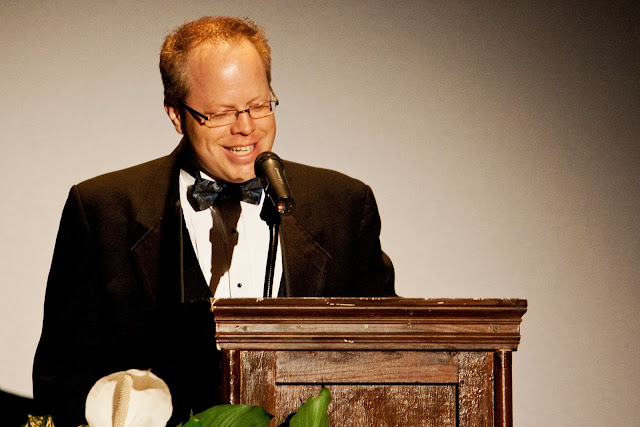 Keith is the managing artistic director. He is telling us all how amazing we volunteers are, how they couldn't do it without us, etc. Haha! I pretty much love him! 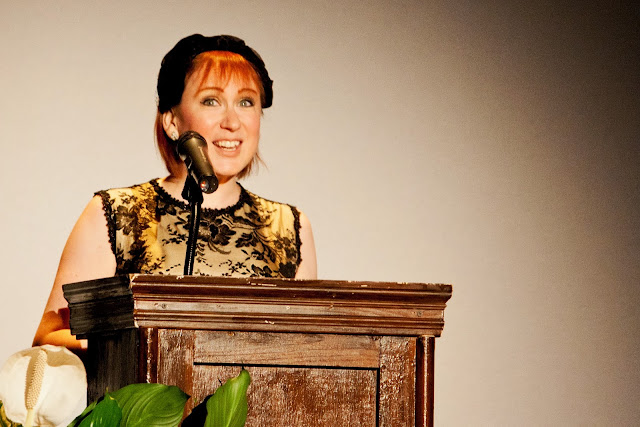 This is Carole - she won Outstanding Supporting Actress in a Play for Move Over, Mrs. Markham! WOOHOO! We were all sitting together - the cast & crew of Markham - so we were cheering like CRAZY! In this pic she's like, "Um.... thank you?" It was cute. She was so surprised. We were NOT. (For those familiar with the show, she played Linda Lodge.) 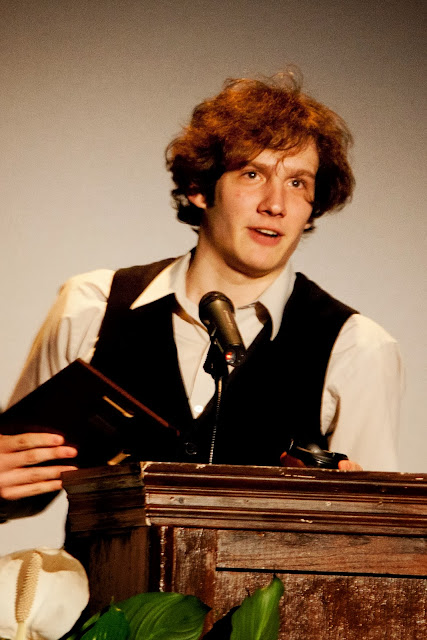 Zac won Outstanding Actor in a Play for his role of Alistair, also in Move Over, Mrs. Markham! Ha! We were screaming! It was silly. But fun! Zac also should have won "best acceptance speech" because he was adorable & funny. Love this kid! 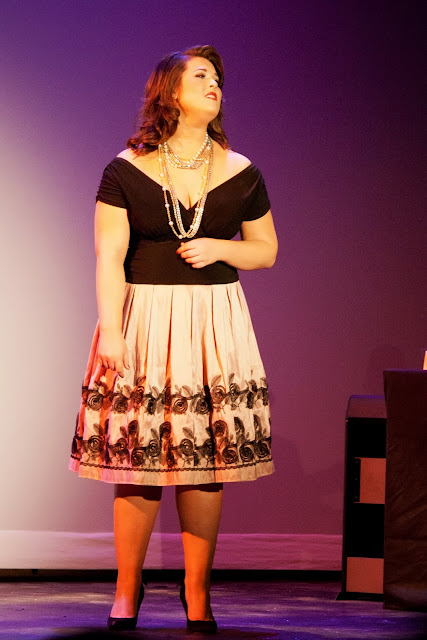 Alaina singing one of the songs from Patsy Cline... beautiful! 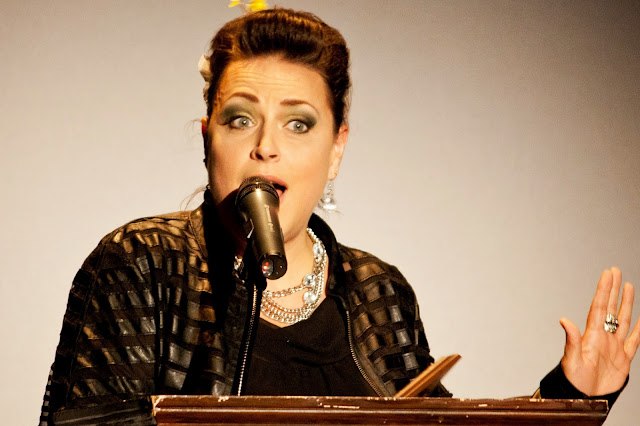 My good friend Charlynn won Best Supporting Actress in a Musical for her role of Louise in Always, Patsy Cline. She was GOOD, y'all! So deserving of this award! 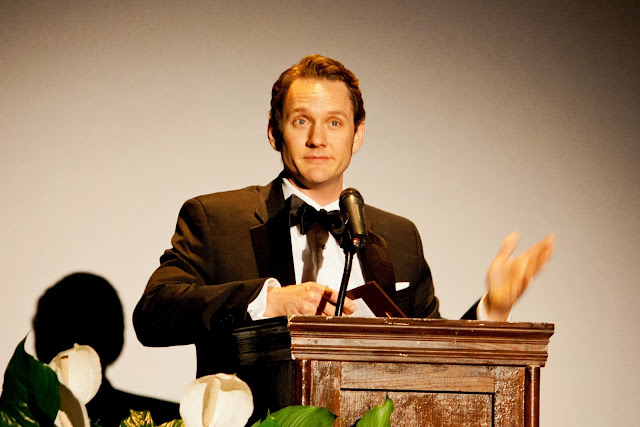 Jason won for Best Supporting Actor in a Musical for his role in South Pacific. 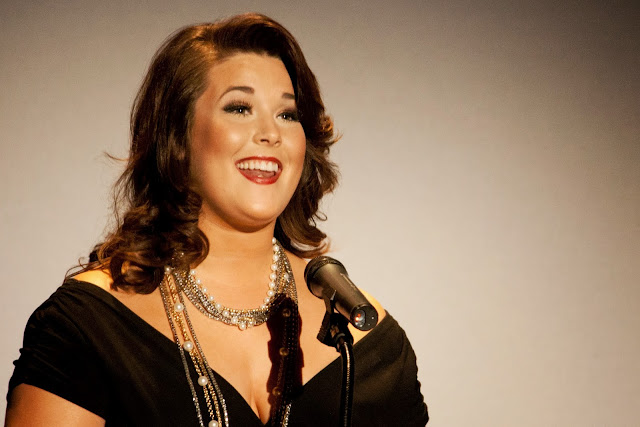 And Alaina won for Best Actress in a Musical for her role as Patsy in Always, Patsy Cline. My mom actually saw that with me & said Alaina was EXACTLY Patsy Cline. EXACTLY. Haha. She was phenominal. 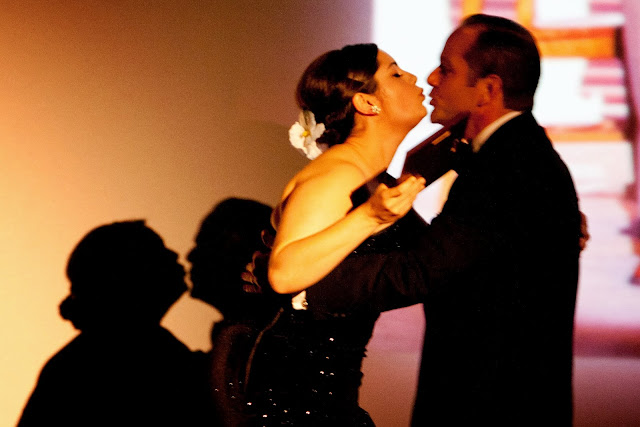 Don't worry - they're just "almost" kissing! They are being silly. And you can hear her fiance in the audience yell, "hey now!" Haha! It was cute. Marion won best actress in a musical last season, so she announced the winner for the best actor in a musical for THIS season. And when it was him, well. They played opposite each other for City of Angels, which is what he is winning for. So she was all excited. 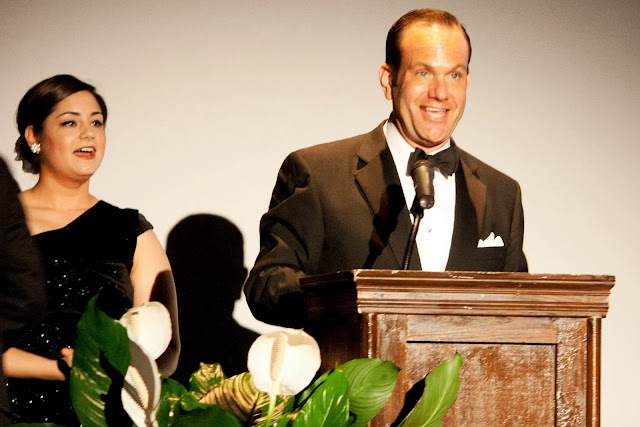 And yes, i know... this is community theatre...we take it all so seriously! Haha! 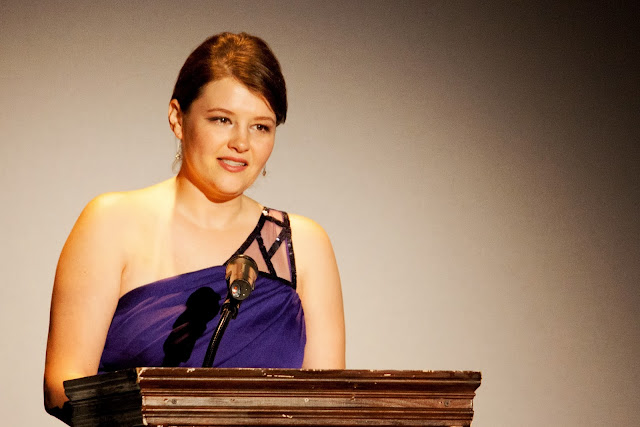 Liz was my lead actress in Move Over, Mrs. Markham & she won! She is pregnant, so she immediately burst into tears. Haha! She was so adorable giving her speech. Blabbing and then apologizing for blabbing, but just: adorable. She said at one point, 'I'm SORRY, I'm EMOTIONAL, I'm PREGNANT." Just the way she said it was too funny. :) Love her! 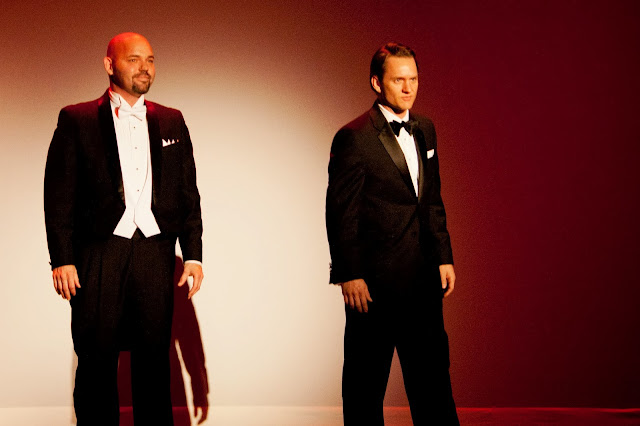 They ended the ceremony with these two guys singing "Who Am I?" from Les Miserables! That will be our summer musical this year. They cast two guys as val Jean, and these two guys got it. I actually was in on auditions & didn't know how in the world they would be able to choose between the two - well, turns out, they didn't! Both will share the role, alternating performances. (We have two Javerts as well.)

Shameless plug: If you live in BR or close enough, you can buy tickets for Les Miserables here!

So...this was the ceremony part of Beaux Arts. I am sure nobody cares but me! Haha! So if you made it this far, i thank you! ;) More to come of the actual party shots!
Posted by Melissa at 8:30 AM
Email ThisBlogThis!Share to TwitterShare to FacebookShare to Pinterest
Labels: BRLT, Theatre