So, I just want to say THANK YOU to all of you who wrote sweet comments on my last post, or who sent me emails, or who just said a prayer for me. I feel much better... Maybe it helps to get it all out! I felt better yesterday, and I feel much better today. 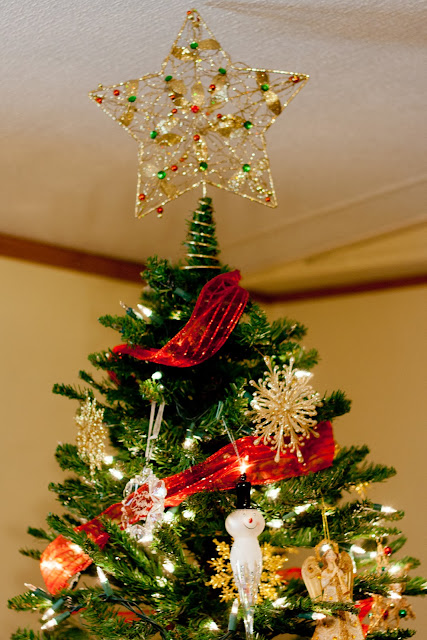 And it's Christmas!! I think i found my Christmas Spirit... it was suddenly there when i woke up this morning. That excitement & joy. It helps that i have a few days off of work. Yippee! 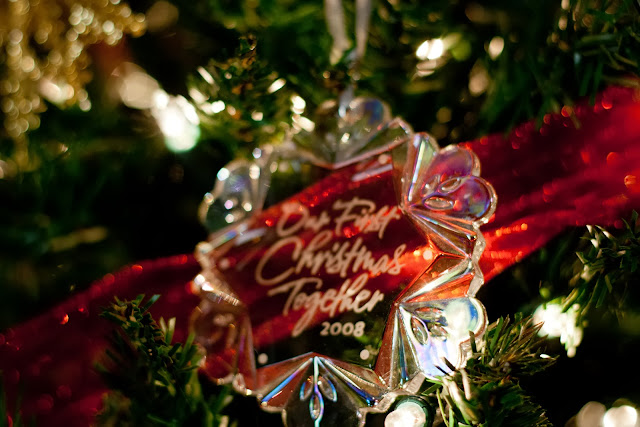 Sunday, we had a little bit of Christmas. We went to my sister-in-law's church to hear her sing. That church, y'all. It's big. And it has a giant choir & praise team & ORCHESTRA! I mean - they have a cello, which is my favorite. They have trombones & saxophones & everything! (Our church is small - we have an awesome praise team - but it's just drums, a keyboard, an organ, & some guitars.) Anyway, Jaimie sang - she is AMAZING!!! 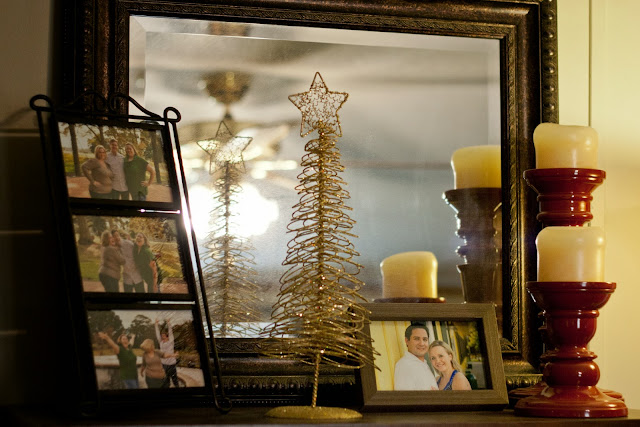 That evening we went to her new house for our Christmas with Brad's immediate family. Jaimie cooked ham, potatoes & green beans & it was all delicious! Then we exchanged gifts. It must have been a gift card exchange, which is more than fine with me!! I got gift cards to the following: Macy's, Olive Garden, Baskin Robbins, Barnes & Noble, Isabella's Pizzeria (where i have never been but have been dying to try!), & Amazon. I think that's it? That's a lot of free money, people! ;) 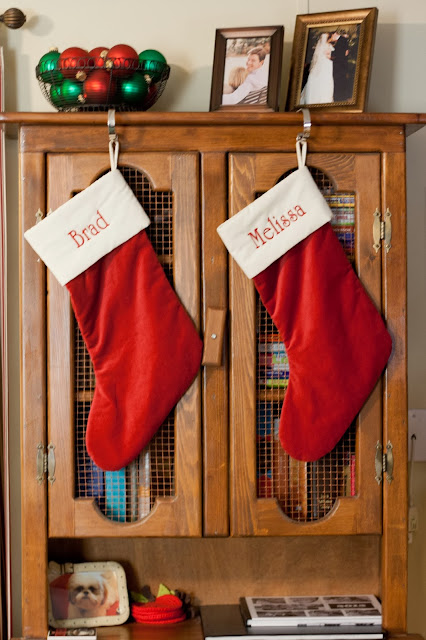 Yesterday, I braved Walmart after work... yes, i know. But it was that or go this morning, and that is just NOT happening! Walmart actually went fine, until checkout. Did you know you can't get visa gift cards with your other grocery items? They all have to be rung up separately. At least the ones I grabbed, with no bar code on the back. LOVELY. So the lady in line behind me huffed & puffed during my conversation with the cashier, as if i was holding up the line... when i really wasn't holding up the line because the cashier was ringing up my other stuff while we were talking. Anyway, the lady behind me kept huffing & puffing & i finally turned and said, "I'm so sorry, this isn't my fault, i didn't know you had to ring up the gift cards seperately." And while the girl behind her was quick to say, "Oh, that's okay, no big deal!" The lady behind me averted my eyes, and continued to scowl.


I think i may have never used the word scowl before??? But that's what it was. A definite scowl.

I REALLY wanted to go, "MERRY CHRISTMAS!!!!!" to her, with a giant fake smile on my face as i was leaving, but i didn't. I mean... maybe she was scowling because someone else huffed & puffed at her. Because it kind of put me in a rotten mood for about the first half of my way home! Sometimes people being all scroogy on you, makes you a little scroogy too. SO oh-well. Hopefully she is in a better mood today, like i am. At least she is (probably) not at walmart again. 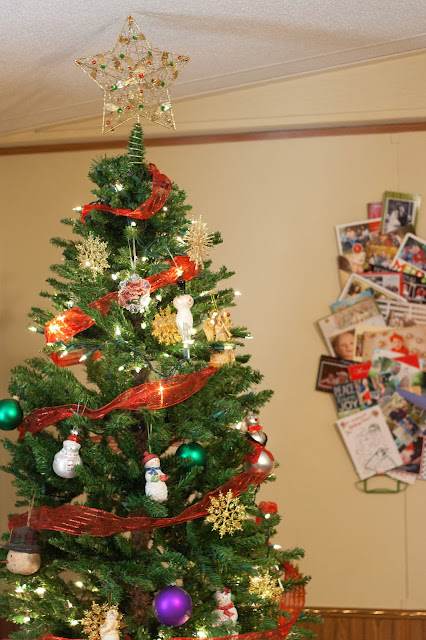 And then i felt bad that i didn't clarify that it wasn't the cashier girl's fault either. I could have said, "I mean, it's not your fault either! Just one of those things!" but i didn't think about that until i was leaving. And then i worried that they thought i was insinuating that it was HER fault, which i wasn't!

And then i wondered if that lady behind me felt bad for scowling and huffing and puffing because i felt bad for not clarifying that it wasn't the cashier's fault.

So now you know how my thoughts go, sometimes. HA! 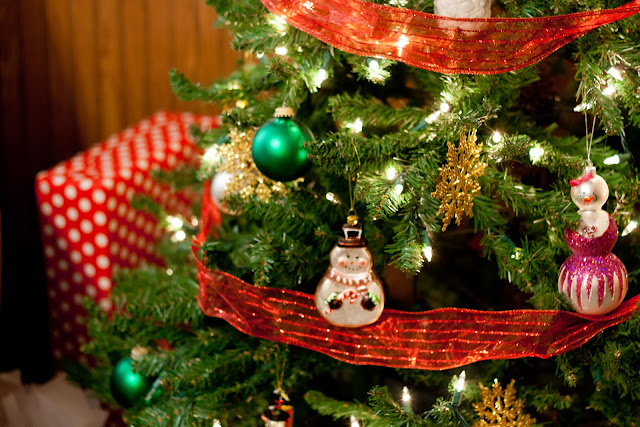 That present is for me, from Brad, & I have NO IDEA what it is. It's very heavy!

Today. Today will be good. I was told I don't have to bring anything to Christmas Eve lunch today, which is fabulous!!! Haha. So today is just relaxing, eating breakfast, playing online, and then getting up & dressed & heading to my husband's aunt & uncle's house. And then tonight is our Christmas Eve service, our second annual one, and I will be singing Oh Holy Night & Oh Come All Ye Faithful, with our worship pastor, Billy, harmonizing with me. I am pretty excited about it. But also nervous, because we only practiced once, two Sundays ago. We'll practice again before tonight! 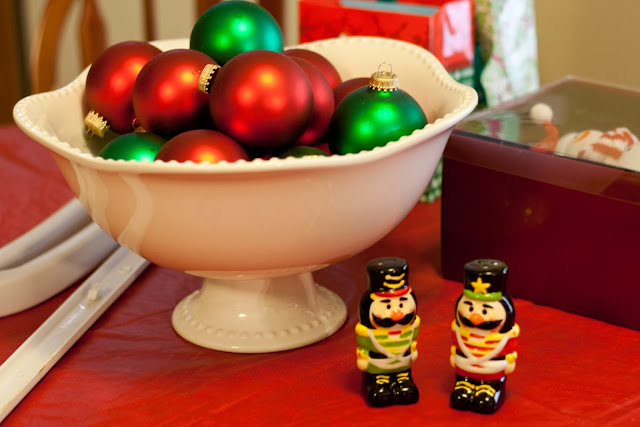 Hope you all have a very merry Christmas!!

XOXO
Posted by Melissa at 11:00 AM
Email ThisBlogThis!Share to TwitterShare to FacebookShare to Pinterest
Labels: Christmas, holidays