Just a little crazy 'round here!

So, life is pretty busy right now. I am working full-time, doing photos, editing photos & running sound for A Christmas Carol. RIDICULOUS! Haha. Honestly, i was fine with doing all of this, but it's my first year as a photographer, and i didn't exactly plan it all out very well. I planned a bunch of shoots around A Christmas Carol rehearsals & performances, not taking into account that I would actually need to edit those photos. OOPS. Oh-well. Live & learn, right?! :) I definitely have some plans for how I will do things differently next year!

Thankfully, after a giant meltdown Thursday night, two things happened: 1, My work called me Friday and told me not to come in until noon because we were not busy at all. I was already on my way, but i turned around, went home & got to editing pictures! And 2, the forecast turned into HEAVY RAINS all day Saturday, so my two photo shoots that i scheduled were also canceled. I was/am truly thankful - i feel like God had mercy on me after my little meltdown & helped me out a bit!

Anyway, I realized I am so behind in sharing pictures of what has been going on lately!! And i mean...there's just no excuse in that! ;) Here's a little quick catch-up!

I made a 2012 photo book. (A little behind. Planned to do one for each year of marriage. And actually a lot behind because this is the only one I have done so far, and we got married in 2008. But still. It's a start!) 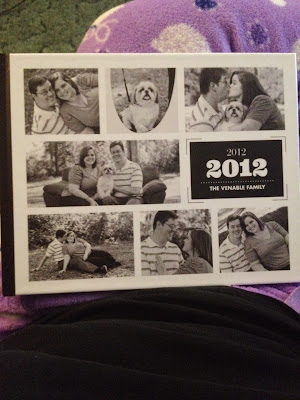 It's from Shutterfly and oh-my-goodness, am i pleased with it! 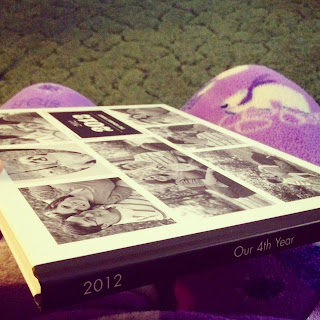 Only... I made one teeeeeny tiny mistake. Just a little one. Can you see it? 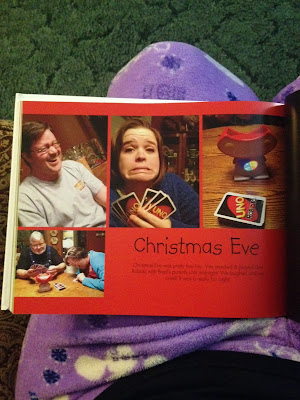 We went to a wedding - more about that later! 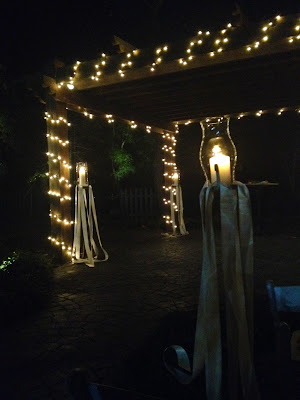 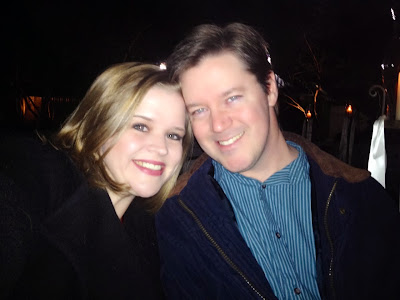 I went to my good friend Brittany's & took pics of her sweet family. 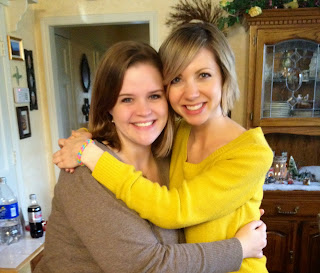 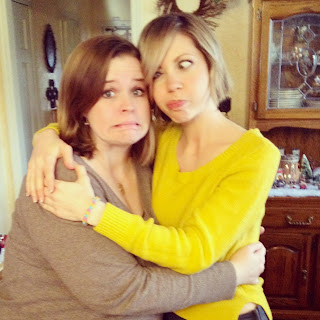 We put up our Christmas tree. 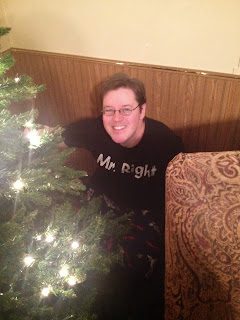 I bought mistletoe. And then it took us about 590440 times to get a decent kissy pic under the mistletoe! (Why didn't we just hang it first?!) 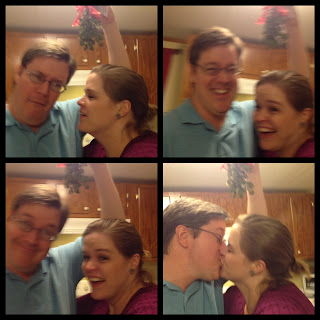 I went to dinner with three new-ish friends of mine: Monika, Mary Claire & Jenni. 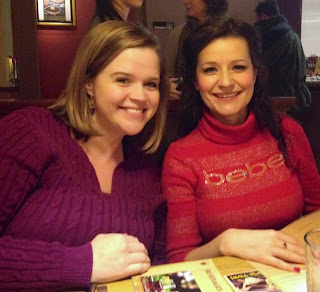 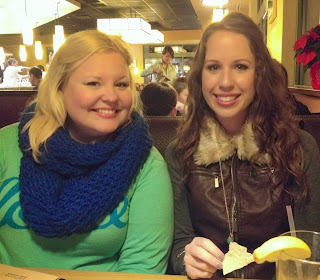 And, most recently, I started working on A Christmas Carol!! :) 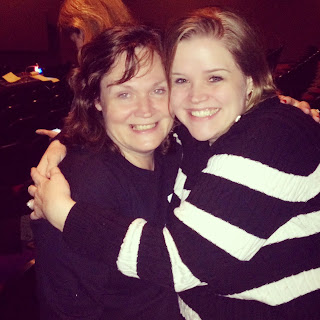 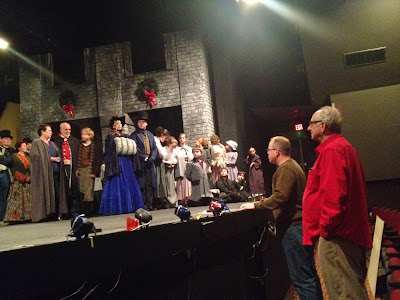 Keith & Jack, our directors, attempting to organize a curtain call! :) (Which is kind of crazy. LOTS of actors, all wanting to take a bow! Haha!)

So it's been fun! And I cannot believe Christmas is right around the corner! :) Hope y'all are having a great December!
Posted by Melissa at 10:53 PM
Email ThisBlogThis!Share to TwitterShare to FacebookShare to Pinterest
Labels: Life, photography, Theatre