A little Housewarming {& other fun}

How about a few little updates? Yes? Okay.

We are gonna go back to last weekend, when i threw my sister-in-law a housewarming party. We had a great time & she got a ton of giftcards. Which is what she wanted. So, the really cool thing is that before the party started she was talking about how she needed a TV Stand for her living room. Her coworkers gave her a HUGE TV & it was just sitting on her floor waiting for a table. She said she saw one at Target she REALLY wanted, but she might have to settle for the one at walmart that was about $50 cheaper. 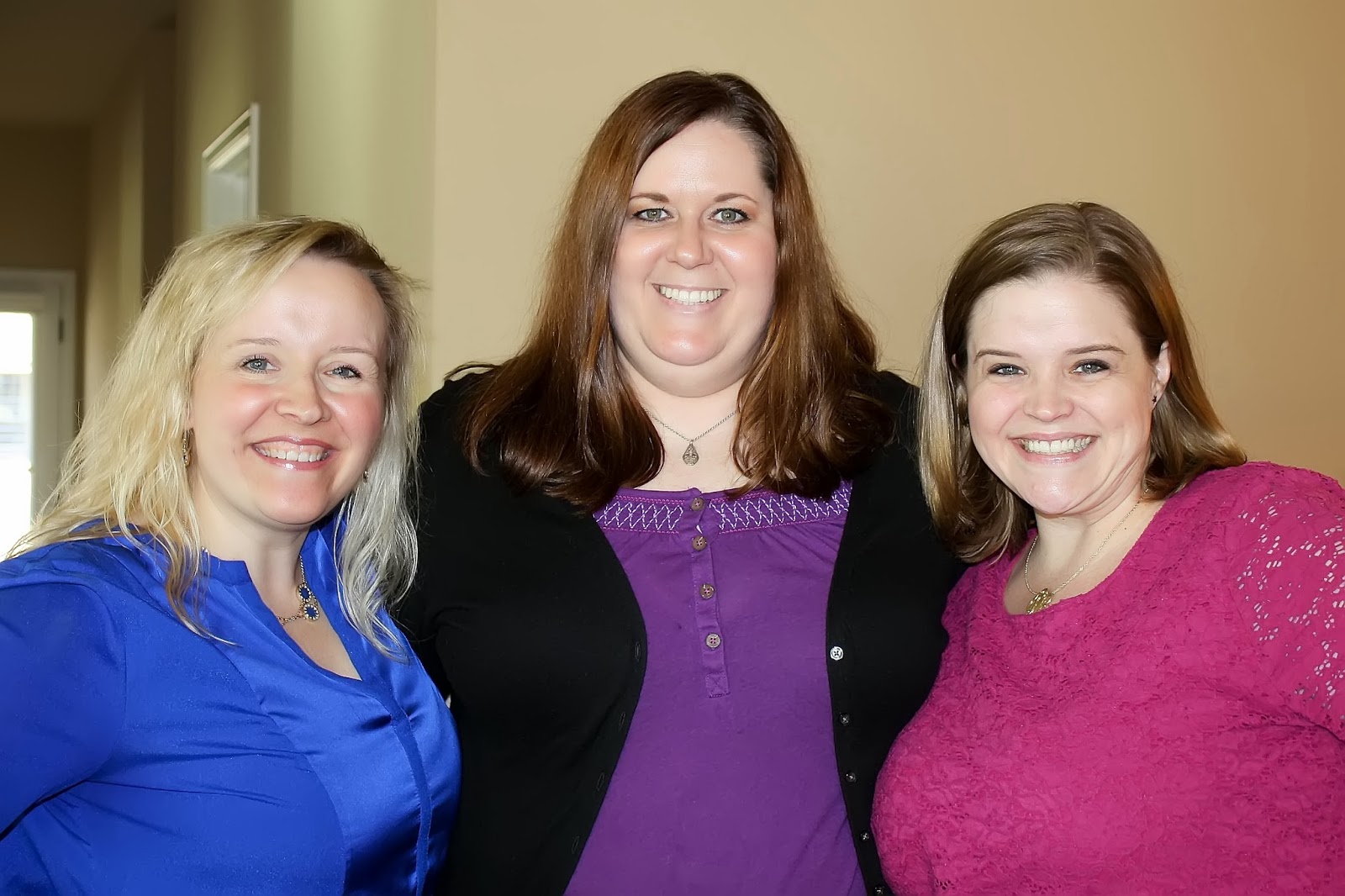 That's my sister (in blue), my sis-in-law (in purple) & moi. And i feel like my smile is GIGANTIC in this picture. Did someone make me laugh or something? It's taking up my whole face!

Anyway. The reason I am telling you all of this is because i thought it would be fun to order a cake for her housewarming. Because, I mean, who doesn't like cake?! Well, i actually didn't like it that much as a kid, but as an adult when i really need to STOP EATING CAKE i love it. Of course. Anyway. I have a friend who makes cakes & i had a bite at the last baby shower i went to & it was DELICIOUS! I FB messaged her & asked for a cake, she asked me some questions about what kind i wanted. I said, "What kind was that at Sarah's baby shower?" "That was butter cake with buttercream frosting." "That's what i want!!"

I told her i just wanted a cake with a cute house on it... something fun. That's really all i gave her. And she delivered! I mean, isn't this the cutest cake you've ever seen!?! 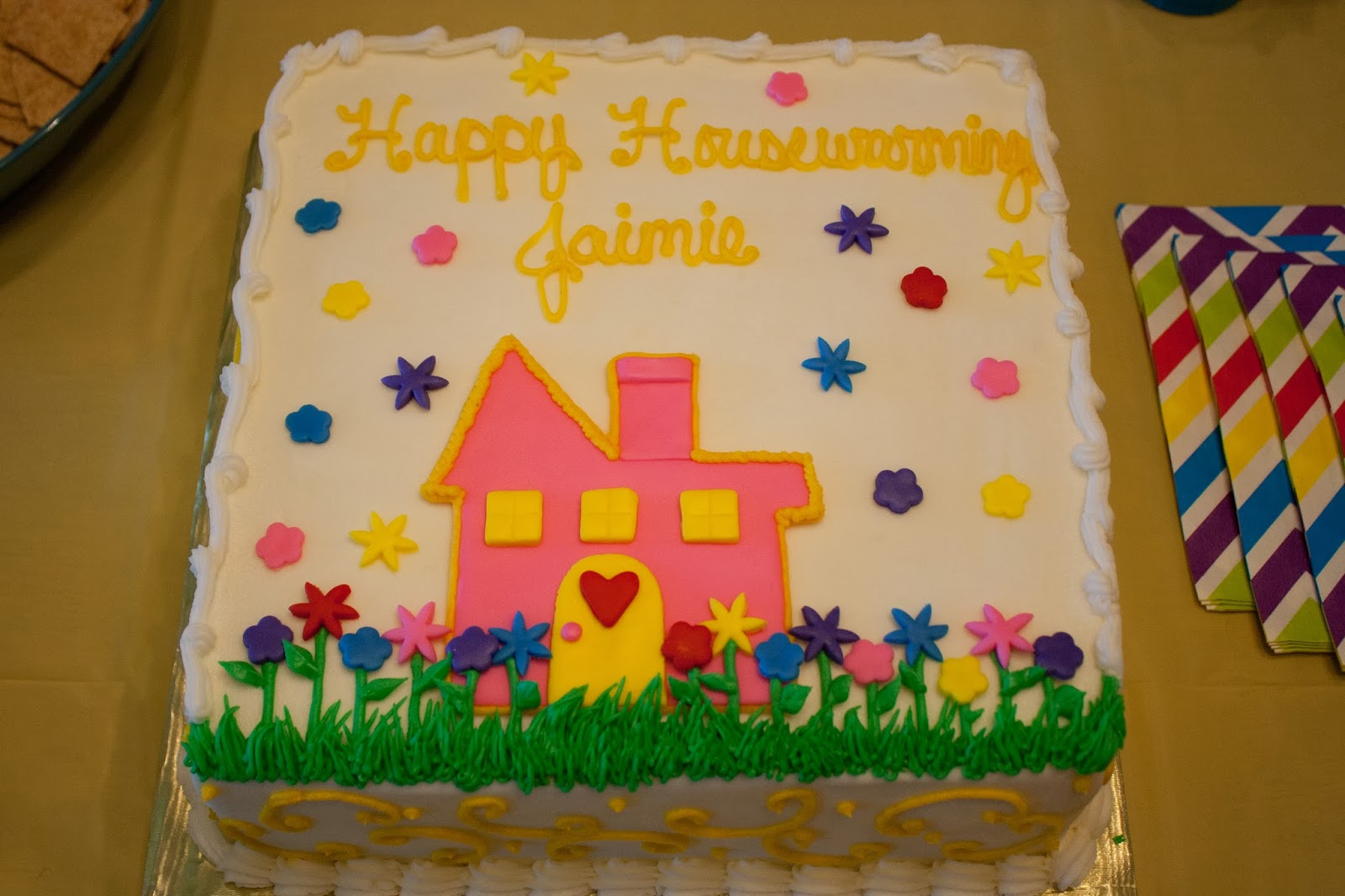 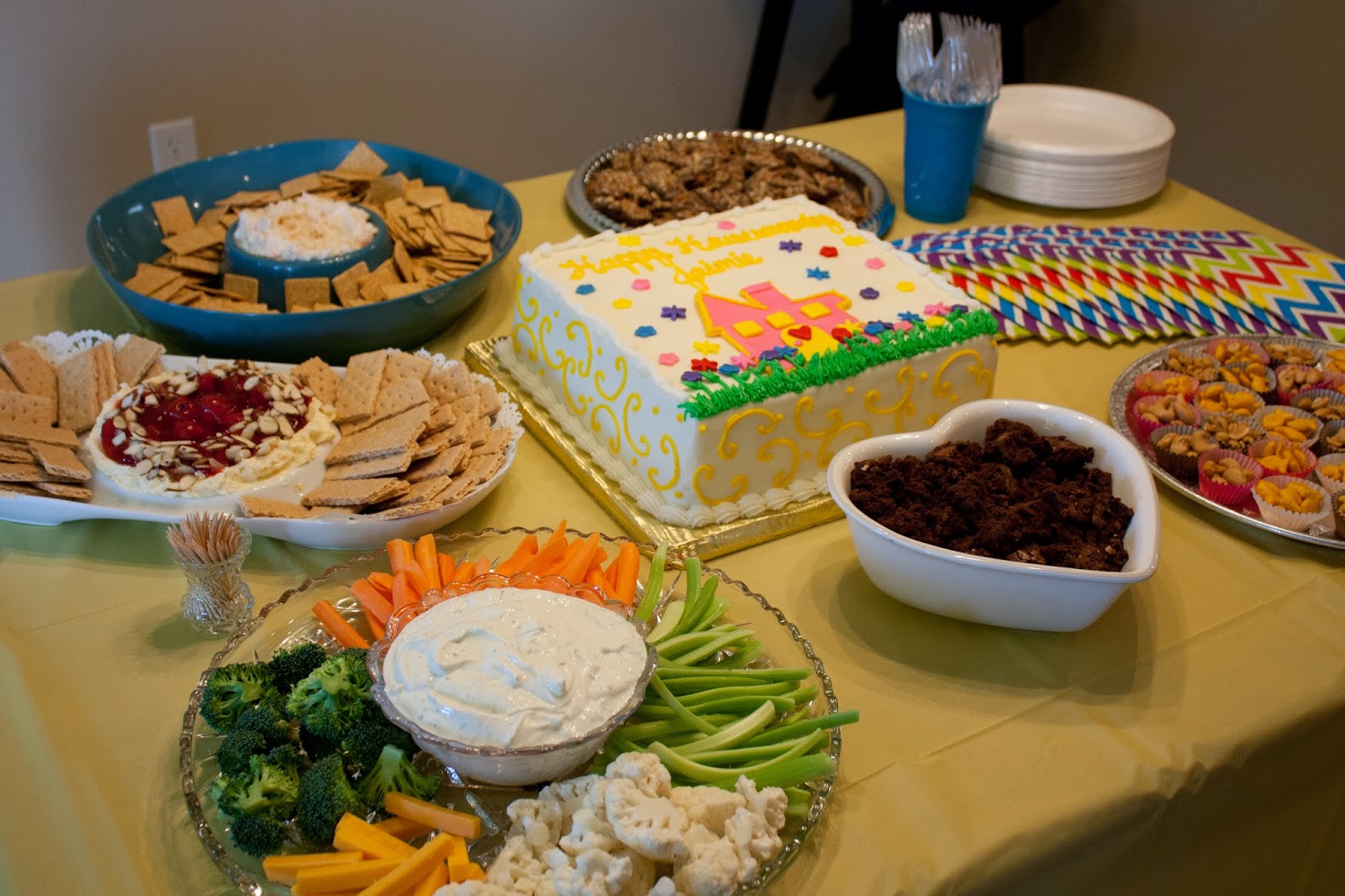 She asked me what color i wanted the house to be & I told her it didn't matter - just cute & fun. Later, i realized i needed to know the colors to sort of coordinate plates/napkins/etc. So i asked her & she said "pink & yellow house with red, purple & blue flowers". Hmm. Okay then! I think i did a pretty good job grabbing this yellow tablecloth, colorful chevron napkins & blue cups! I felt like i was blindly grabbing things hoping they coordinated!

I also need to say that Aunt KK (Brad & Jaimie's aunt) made THESE from pinterest and O.M.G. THEY WERE SO GOOD!!! Easy to make & perfect for a fun little party!!! (Aunt KK has over 10,000 pins, i am not even joking, and i cannot find these kabobs! But it's just strawberries, blueberries, & cream puffs drizzled with white & german chocolate! YUM!) 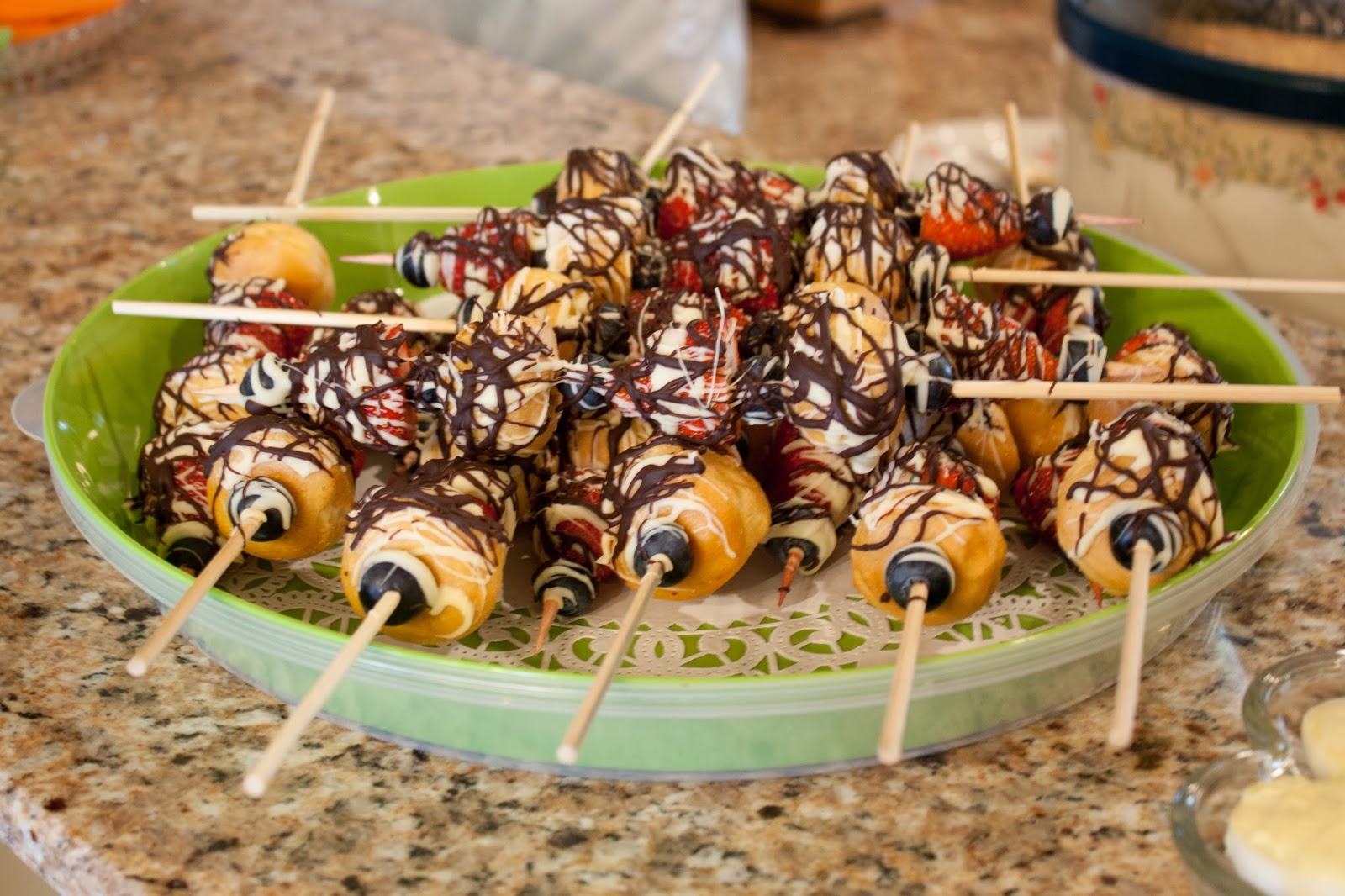 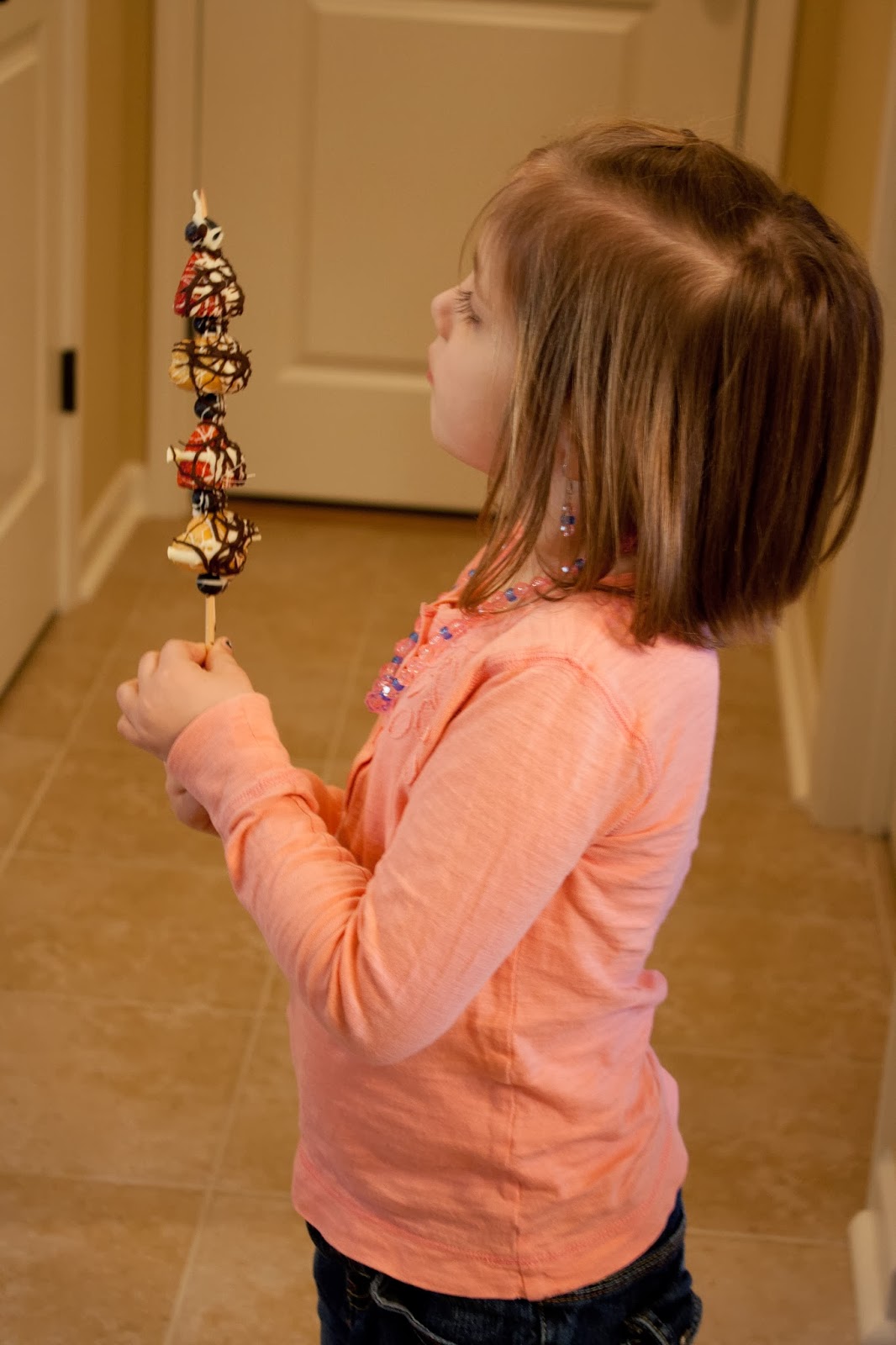 Jaimie's little cousin, Hollyn. I think she is thinking it might be too pretty to eat!

Anyway. So that was fun.

ALSO, remember that new desk I mentioned?! Brad put it together. My parents also got me a chair & he put that together too. The armoire was moved to our  middle room (for now). I LOVE MY NEW DESK! It's cute. I know i need some pictures on that wall, but hang tight! It's coming!! Painting plans are underway! The entire wall (including brown paneling at the bottom) will be painted & THEN i will figure out where to hang pics & all that. 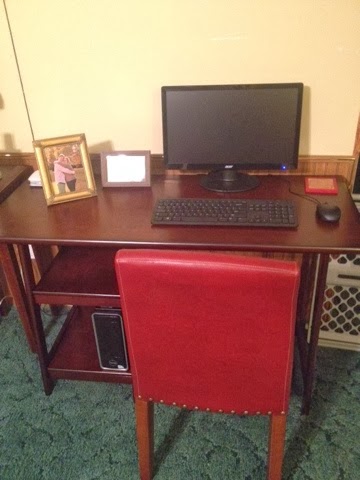 I am pretty much DYING to paint these walls & paint the armoire & paint the entertainment center (or tear it down - still a possibility) & paint our kitchen table & chairs!! Oh, and an end table i have! IT'S LIKE I WANT TO PAINT EVERYTHING NOW! Muahahahaha.

Correction: I want it painted. I don't want to actually do it. But i am going to have to because i don't have money to pay people to do it for me! But i am ready to do it & it will be soon!! 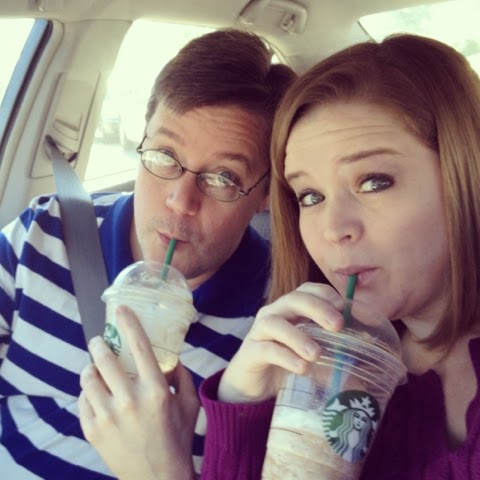 I started the Gideon Bible Study this week at a local church. This is my first Priscilla Shirer study & I like her already. I love Gideon. I don't know why. But it will be good to study this! 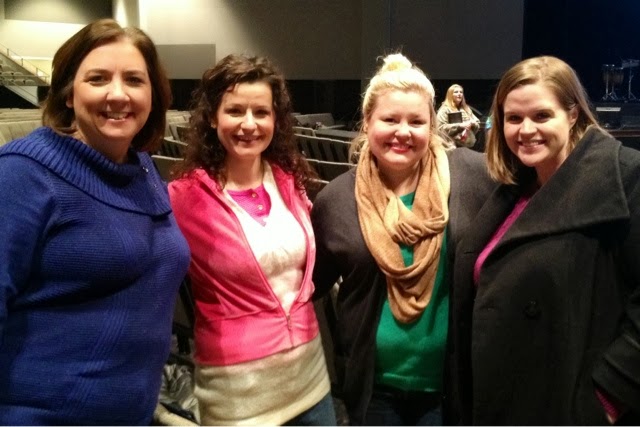 In another news, they put a trailer in the empty lot next to us. Which is basically on top of us. Meaning, you walk out of our door & BLAM. There is a trailer IN MY FACE. WHY!?!?!?!

Moving on!! This week we had to start wearing lab coats over our work attire! And suddenly i feel SO smart! Like people in the halls glance at me & look confused & I think they are thinking, "What does SHE do? Who is she? I BET SHE WENT TO MED SCHOOL!!!"

Because seriously. That's what the doctors wear. A lab coat over there regular clothes. Unless they're doing surgery or something. Of course, their lab coats are longer & monogrammed with their name & MD after it. But still. At first glance you might think, "Who is that? Is she a doctor?"

Nevermind that these people have seen me there for nearly a year now WITHOUT a lab coat. And they've known I'm just a little peon who works in patient registration. But suddenly... 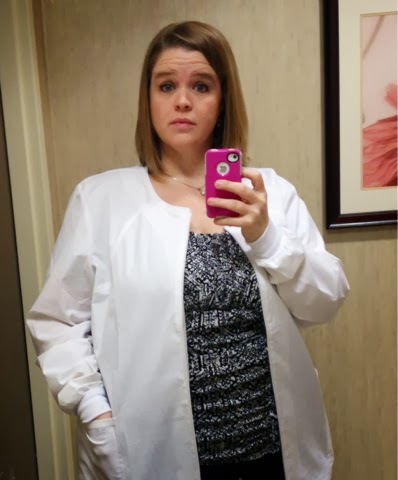 P.S. I would not have survived med school for TWO MINUTES! (Not because of blood. Because of science. And math. And all the learning!)

Tomorrow is Friday. And ALL the schools are closed. Oh, yes, there is SNOW IN THE FORECAST!!!! And all day long my phone kept alerting me. See? 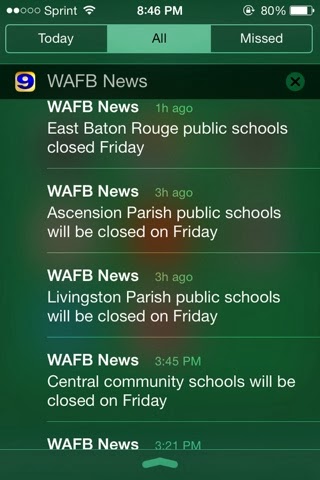 And of course now Brad is hoping his office will be closed on Friday! I, however, am not even thinking about work closing because I work at a hospital now, and from what i hear, they NEVER CLOSE! So i will just plan to be there & if someone tells me otherwise, THEN & only then will i get excited! :)

40% chance of show after midnight. And 40% chance of snow tomorrow night. The last time it snowed was in 2008. So yeah!! Snow would be okay with me!

Even though i have a work training Saturday morning. All Day. 8-2:30. I'm not bitter!

I guess that's all the news for today. Happy Friday!