This weekend was AMAZING!

On Friday, I got off at noon. My friend Monika met me at my work. She loaded her stuff in my car, and we headed to our friend Portia's house to pick her up. Then, we were off! 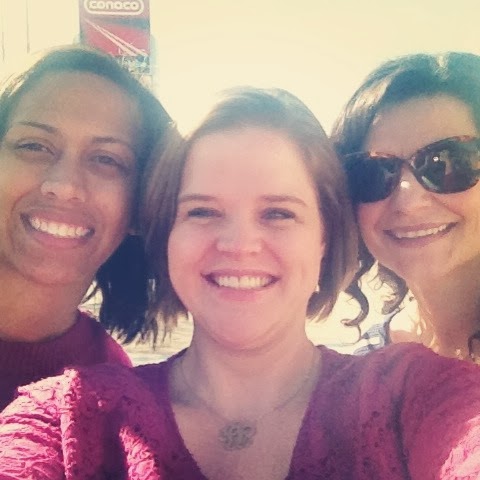 Actually,  by the time we got on the road, it was 1:30. We had to get lunch & gas & all that. I really wanted us to go by the hotel first, freshen up & then head to the women's conference. But we just didn't have time. We went straight to the conference! The traffic was insane. And we were so hungry! Oh-well, food would have to wait! We made it!

Lakewood Church is HUGE! HUGE! I have never seen anything like it. Seriously. We have several churches in Baton Rouge that are considered "big churches". Lakewood made them seem REALLY small. I personally LOVE going to a small church. LOVE IT. But woah. I just couldn't get over it. It was like going to the River Center or Centroplex (or whatever place you go to in your state to see concerts or whatever). 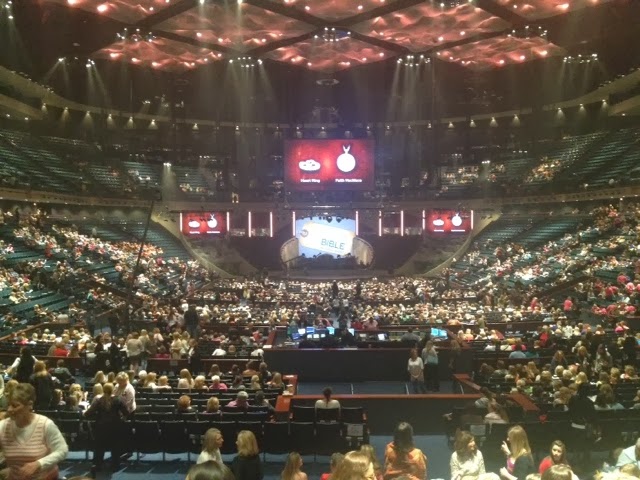 The parking was underground. There were elevators & escalators. A HUGE AWESOME book store/gift shop. TONS of bathrooms (which didn't matter with 30,000 or however many women. Every single line was about a mile long!). I have never seen so many women in my life either! I mean, no men or children. A few tiny babies. But WOMEN of all ages & shapes & sizes! Everywhere! Haha.

On Friday night, Beth Moore spoke & i just love her. I have done two of her Bible Studies but i have never heard her live. What a blessing! I seriously teared up when she got on stage. She is just so sweet & I want to have lunch with her! Haha! At one point in her message she asked for a single mom to raise her hand. One did & she told her to come on stage. She looked her in the eyes & told her what a great job she is doing, etc etc. Then she asked for every single mom in the place to stand up & for people on the sides of her to hold her hands tight. And she prayed over them. It was so moving, i cried! Several single moms stood around me & I wept for them. I know that God really touched them in that moment.

She also talked about mammograms, which was HILARIOUS.

Kari Jobe led worship for the entire conference. I love her! I have heard Kari live before. She is pretty fantastic. :)

That night, after the sermon, we headed to our hotel. We got lost a couple times (the GPS on my phone is TOTALLY confused by Houston!). We found our way & also found a Taco Cabana. YUM!!! It was delish!!

Saturday morning, we were LATE because #1, we left late, #2, we stopped at Starbucks & #3, the traffic near Lakewood Church was ridiculous! Sadly, we made it after praise & worship. And halfway through Lisa Harper's sermon.  Y'all. Lisa Harper was the only one in the line up that none of us had heard of. I had never heard any of them live, and only had heard of two of them on dvd, but hadn't heard of Lisa at all. But she may have been one of my favorites. She is HILARIOUS. Very witty. She is 50 & single & passionate about God & adoption & so much more. She is a GREAT speaker & teacher of the word. Wow. I loved her a TON!

Priscilla was next. I am currently doing her Bible Study, Gideon. I just think Priscilla is a fantastic teacher of the word. All of them are, really. We have so many fantastic women speakers. I couldn't pick a favorite. But if i had to, well... i really couldn't. They each bring something different. ALL of them are funny. All of them can preach!

We had a 30 minute break which is when i went down to the floor & found Beth, my favorite. :) She is the author of Baby Hunger & the leader of my support group. She is an amazing woman. I just don't know what i would do without her! 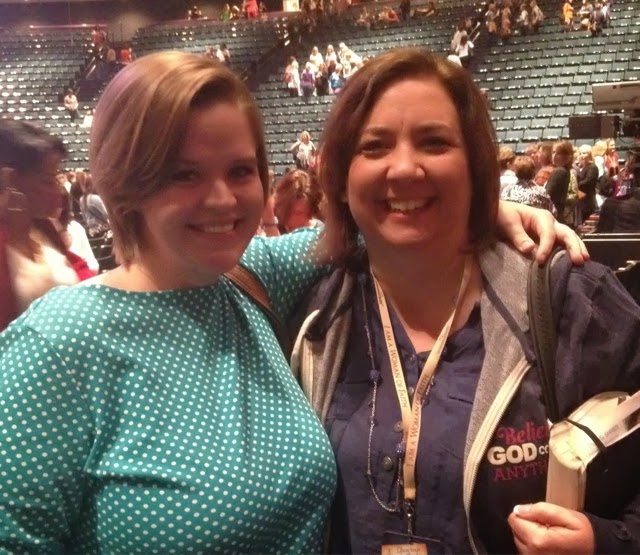 After break we had two more speakers. Sheila Walsh & Christine Caine. I have heard a MILLION good things about Christine Caine, but i have never heard her myself. She was really the biggest PREACHER of them all - a little bit of dynamite! Girl is on fire for Jesus! This is the chic who started A21, the campaign against sex trafficking. She is AWESOME. She is also from Australia. And Sheila is from Scotland. Loved their accents. :) 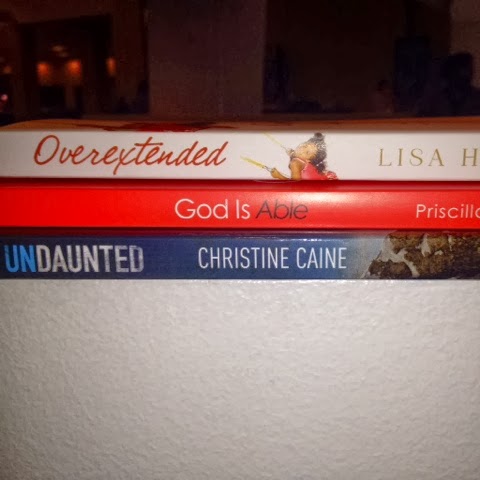 My friend Portia INSISTED on buying me stuff from the conference. She wasn't going to go... she only went because i didn't want to go by myself & couldn't get anyone else to go (Monika wasn't sure at the time), so she agreed to go. But God spoke to her & really worked out some things in her heart, and she wanted to repay me. It was the kind of thing where if i would say, "No, you don't have to do that!" she would say, "Girl, don't you rob me of my blessing! Now go get you something!" Ahhhh! I couldn't decide between three books, so she got all three for me! Then, when i wasn't looking, she threw the conference DVD in too! Crazy! But i am thankful! :)

Now, Beth was staying for the RESOLVE walk, but her friends that she had come with were going back home. So the plan was for Beth to join us after the conference, stay the second night with us, and ride home with us! I was perfectly fine with this! 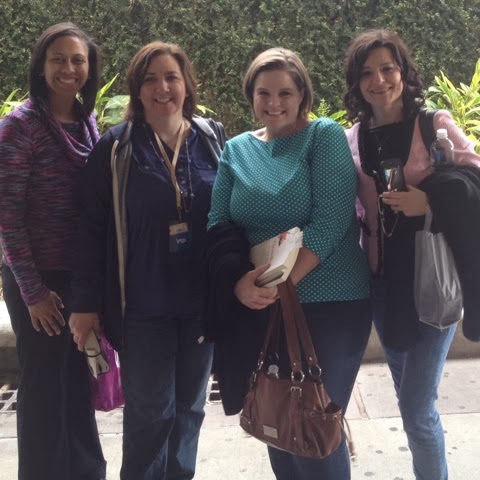 After the conference we went off in search of food. And we found this restaurant. A tapas reastaurant! Spanish cuisine. I am so glad we tried it, it was DELICIOUS! 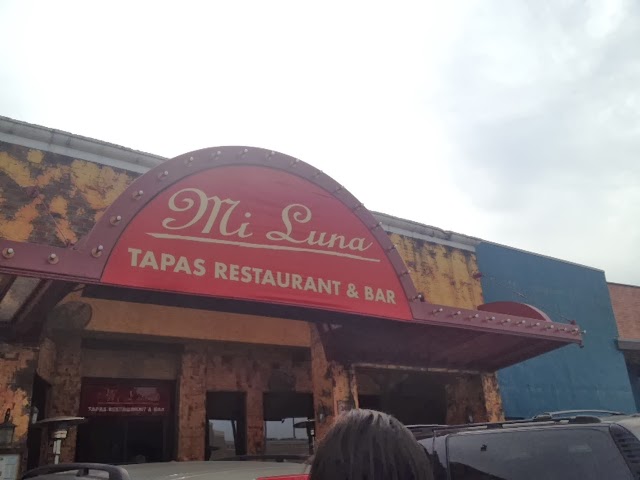 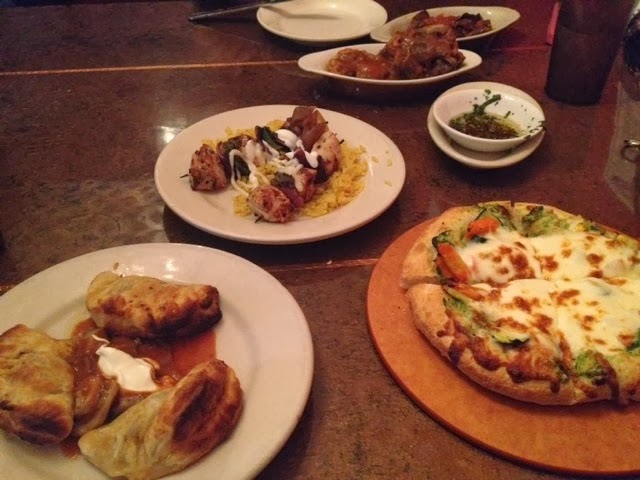 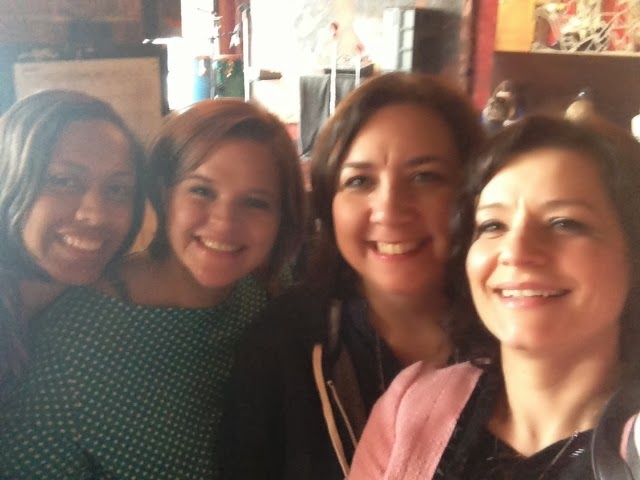 We went back to the hotel & there was a LOT of delirium, laughter, the crying-pee-your-pants kind. It was great. Then we took a nice long NAP!!! We were all exhausted! Haha!

We woke up & went to eat again! This time at Schlotsky's Deli because they advertised Cinnabon & Monika had to have it. Haha! But i am glad we did! It was delish!

The entire conference was just fantastic. And i know all three of us were moved & I really feel like God stirred something up in me. I feel so passionate right now, like i want to get moving in the giftings & callings God has placed on my life. I really do. I have been focused on everything else going on, but i want to be passionate about what God has done in my life, just like those speakers are! Whether it to be continuing to lead worship or even to speak! I want to do it. I want to live life doing whatever God asks of me. I am totally inspired. But i want it to be more than that. :) I want to actually start stepping out in faith. Kind of scary! :)

I know God did a work in my friend's lives as well. BethMoore ended the conference by having everyone get in groups of two & hold hands & look in each others eyes & say all these amazing things to each other. Positive things about who we are in Christ & what God is going to do in & through us! It was kind of awkward looking at both of them at the same time, since we made a group of three, but it was really good! Tears were streaming down our cheeks & i know God was working. I really could go to more conferences like these! :)

The RESOLVE (infertility awareness) walk was on Sunday morning & it was great!! Will tell you about that in my next post. :)
Posted by Melissa at 8:25 PM
Email ThisBlogThis!Share to TwitterShare to FacebookShare to Pinterest
Labels: church, faith, Friends, ROADTRIP