Many of you will remember, I did whole30 back in October. BEST DECISION EVER.

I proceeded to go RIGHT BACK to eating the way i ate before whole30. ACTUALLY, worse than that. I went absolutely insane. This is not whole30's fault. It's my fault. Whole30 is meant to be a 30-day restart. It's meant to get all the sugar & things out of your system. And when you are done, yes, you can have a little ice cream or something, but most people adopt a paleo lifestyle after they finish.

Not me. Oh, no! I have to completely sabotage my efforts! SIGH. I don't have a "little" ice cream or "a few" cookies. I have too much of all the bad stuff. And very little of the nutritious stuff. Ridiculous. I mean, I went back to drinking COKES! A habit i had quit BEFORE whole30! Seriously. It was OUT. OF. CONTROL!

And now i say, enough is enough! 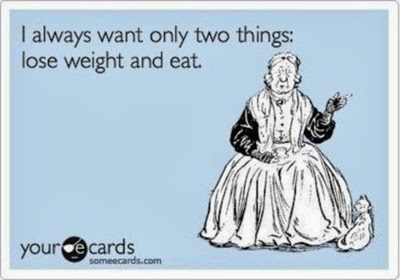 The problem is, this: How do you change when you have lost the motivation?

I know, i know. You're thinking, "You just have to do it!" I don't know if that's true for me. I have never been able to FORCE myself to do something! I mean... other than get out of bed, when i feel like sleeping in, because i don't want to get fired. But i have always been highly unmotivated. (This is a terrible thing to admit. I have no shame.) Case in point? In school. I had a test the next day. I KNEW i had to study. If i don't study i am going to fail. If i fail i am going to have to repeat the class. I really should study. I really really need to NOW.

I wouldn't do it. I couldn't make myself do it. I would fail the test and eventually fail the class. Nothing i did could convince me to DO WHAT I HAD TO DO to get the results i needed.

I am the same way with food. But it's time to turn that around.

The reason I have been SO OFF the paleo-eating wagon for so many months now is because there is ZERO want-to. ZERO desire. No care or concern or anything. TOTAL APATHY.

I lost 16 pounds on whole30 last time, bringing me down to my lowest weight in many years. (Which is double what most of you weigh. Still, an accomplishment for me.) Since then i have PUT ON... i can't even tell you. I am SO ASHAMED. Let's just say i have put back on a LOT MORE THAN 16. Let's just say that i am just a few pounds shy of getting back to my highest weight ever... gulp. 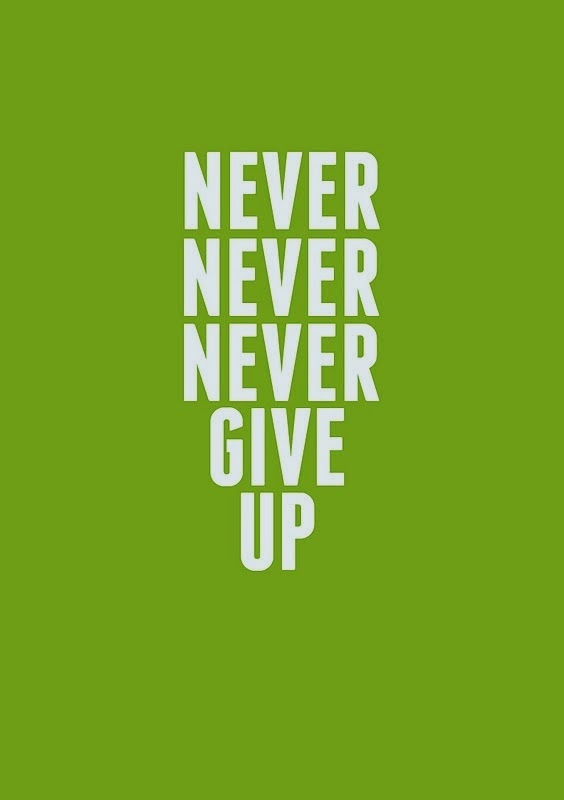 Again... please do not blame this on the diet. It's not intended to be a diet! It's intended to be a lifestyle. This isn't a diet where you pay money for any kind of program, and you eventually have to quit. (Not knocking programs,  by the way. You have to do what works for you.) But this is something a person can do for life, and should! And i know it can be done. My husband was a TERRIBLE eater before we did whole30. Like, the worst! But whole30 changed him. He may not eat perfectly all of the time. But he traded his daily breakfast cereal for eggs. He traded his often NIGHTLY cereal for veggies or (more) eggs. He has maintained many good habits he learned while on whole30. I have other friends who have gone total paleo & have not gone back to old ways. Even if they had a little cheat meal or snack, they predominately eat the paleo way. It can be done! The program is flawless, in my opinion. I have tried EVERYTHING & have never lost so much weight & have never felt SO GOOD & satisfied, either. No, this was me. All my fault. I have no self control. I eat what i want to eat. 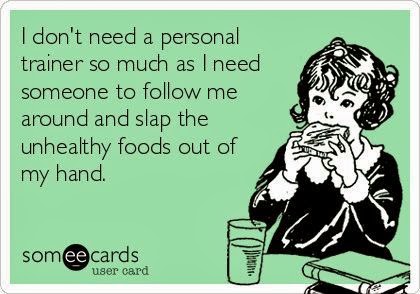 I was able to do whole30 because i was TOTALLY motivated to do it. This motivation HIT ME, full force & i was READY. But then it was gone & as soon as you go back to sugar it is so hard to get off of it again. That's because it is truly an addiction.

I have been saying for a few weeks now that i have to get back on it. I know some things set me back, emotional things. Infertility drains you, and the miscarriage was devastating. That's not an excuse. It is the truth. It is hard to give a crap when your world is turning upside down in every other aspect anyway. I mean, I didn't sit around gorging on bad foods, but i definitely made wrong choices when it was time to eat. Without a doubt. 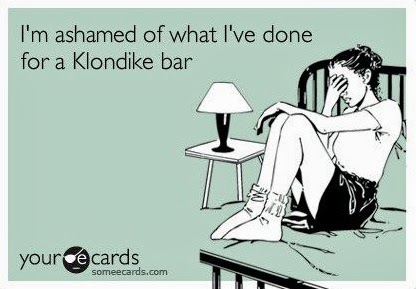 All of this to say. It's time. I am done with eating crap. I MISS how good i felt on Whole30. I miss it a lot. I felt AWESOME! Both physically & mentally! Today at work I did some meal planning. After work, I stopped at the produce stand and then at Trader Joe's. I stocked up!! I am ready. I am actually feeling some motivation again!

Side Note: I know what some of you are thinking, so i am just going to go ahead and address it. :) Please do not comment that this will help me to be more fertile. Please don't. I know that already. I do. What i would like you to know though is... just because someone changes how they eat & just because eating well increases your chance of getting pregnant... that does not mean you WILL get pregnant IF ONLY you would eat right! We have issues on both sides... mine and his. And what is interesting to note is that my first IUI was mid-whole30. My second IUI was after the holidays but i hadn't gone very far off the wagon yet, and had just lost 16 pounds. My last IUI, the one that WORKED... was mid-eating JUNK & after gaining a lot of weight back. Not to mention the fact that we started trying to conceive almost 3 years ago & I have had many months of very healthy eating & weightloss throughout that time.

I am NOT saying that i do not think going paleo again and sticking with it WON'T help me! I know people who had infertility issues and then lost weight & got pregnant! It definitely could help, and it certainly won't hurt! I'm just saying that there are more factors involved in infertility than just how you eat. It's like telling someone with cancer that they can heal their cancer naturally if they only eat healthy! People DO tell people with cancer that & it is absurd. To me, that's as bad as a christian telling a person with cancer that if only they believed, they would be healed. Y'all. I get it: FOOD IS MEDICINE! Not only do i get it, but i BELIEVE IT! But that doesn't mean that it is ALWAYS going to heal a person! So please...know that. Understand that.

I want to do this to help my PCOS, to reduce insulin resistance, & to increase my chances of becoming pregnant. Of course I do. But there are many other reasons why. I want to live a long healthy life. I want to feel comfortable in my own skin. I want to not get winded doing things that shouldn't cause me to get winded! Haha. I want to have a healthy pregnancy. SO MANY REASONS. There are many reasons i'm doing this, including infertility. But to think that IF ONLY i would just follow a clean eating lifestyle then all my infertility troubles would melt away - well, that is just not true.

Whew! Sorry for that little rant. I just needed to get that off my chest. :)

Here is what i will be making next week.

That's what i am planning to make for supper, and we will have leftovers the other nights. No, i'm not cooking every night. I don't know how you people do that!! I also will make a batch of Basil Avocado Chicken Salad to have some days for lunch, with a side of fruit! :)

As far as breakfast goes, I will have to go back to eggs, but lately the smell makes me sick! I also have the stuff for smoothies. (Some frown upon smoothies during whole30 or paleo but i do not understand the problem as long as i only put whole30 approved things in that blender! So i am okay with that.)

For the record, I am not doing whole30, per se. I am just going back to paleo as a lifestyle. I told brad, "I'm not doing whole30. I'm doing paleo365." HA! Maybe i should start small... and say i'm doing paleo60? ANYWAY. Whole30 & paleo are basically the same. Whole30 doesn't allow some things that paleo does (ie, honey, paleofied desserts). I am not going to have any paleo desserts, but i am okay with small amounts of honey or stevia. 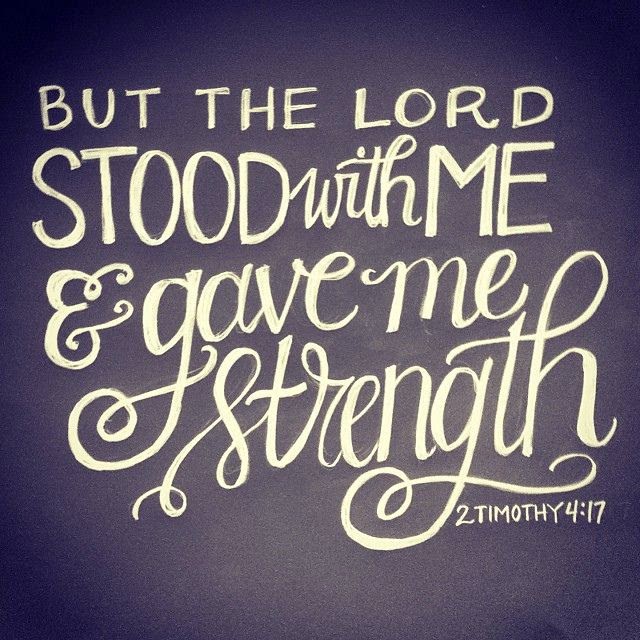 I guess that's it for now. Prayers about this are appreciated. I'm serious!! I need motivation... i need to get through the first week of NO SUGAR. :) I officially start Monday. I'm not going to TRY to eat bad foods this weekend or anything,  but Monday is the day i will really kick it into high gear. ;)