The post I never thought I would have to write.

Isn't infertility enough?! Without adding miscarriage to the list?

So, yeah. On January 30th, we had our third IUI. Maybe the third times the charm, I thought! And it was! It worked! I was thrilled. Ecstatic. Absolutely overjoyed.

On February 15th, I took a pregnancy test. I never take them at home. After so long of only getting BFNs (big fat negative, in infertility-speak), i vowed never to take another one. I would just let my period tell me i wasn't pregnant. But i was supposed to start my period on Valentine's Day, and i didn't. And my cycle is like clockwork (thanks to Metformin. Before being diagnosed with Insulin Resistance & PCOS, it was all over the place). But i got a BFN again. I was sad. The next day, February 16th, I took another one. Another BFN. I was pretty upset. It hit me hard. Harder than other ones, because this would be our last fertility treatment for awhile. We were out of money to keep paying for them. We would have to wait & save enough money before we did another one. (Fun fact: Most insurance companies do not cover infertility treatments. At all. Mine is one of them.)

But it did. It was positive. I was pregnant.

We told our families that same day & it was so much fun! February 17th - February 27th. Ten days of complete total joy. Ten days of excitement, of happiness, of knowing you are FINALLY having that baby. I kept saying, "I can't believe it! I can't believe we are pregnant! We are going to have a baby before CHRISTMAS!!" (Which is a big deal, because every Christmas, I say, "maybe NEXT year we will have our baby!") My due date would be October 23rd. THIS YEAR. I would have a baby in 2014! I would have a baby before our next anniversary, before Thanksgiving, before Christmas! So. Much. Joy. 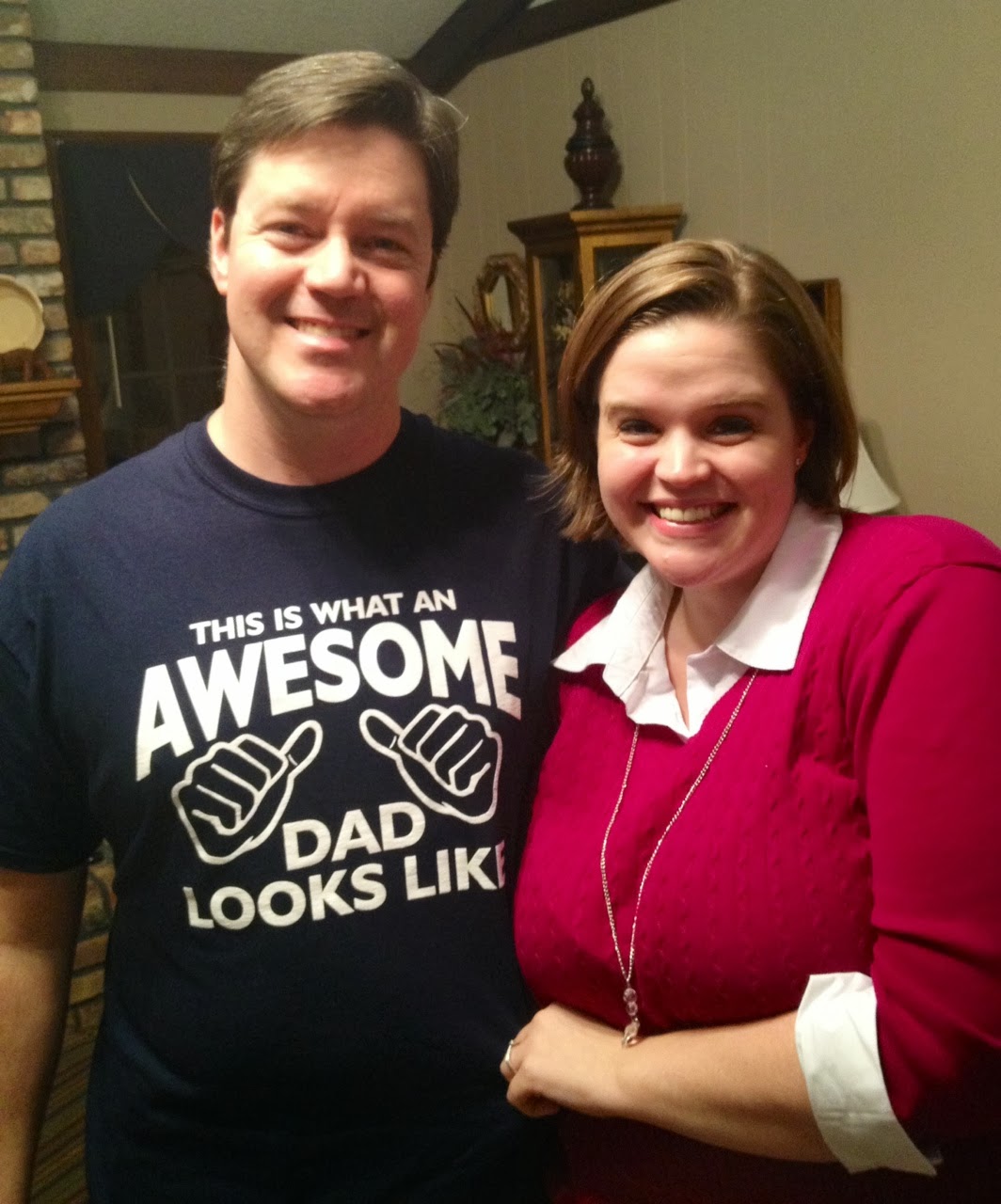 I quickly downloaded the pregnancy apps to my phone (yes, more than one) & started reading "My Pregnancy: Week by Week". I immediately told some of my closest friends who have been praying for me throughout my infertility journey. I started planning how we would announce it to the world. Everything was exciting. I returned two more times for a blood test. My HCG level kept going up, just as it should. To say we were thrilled is a complete understatement.

And that infertility walk I went to, where we did the balloon release? People wrote inspirational quotes or "in memory of" babies they lost, or "thankful for" babies they had after suffering with infertility. I could not BELIEVE what i was able to write on mine. Could not believe it. 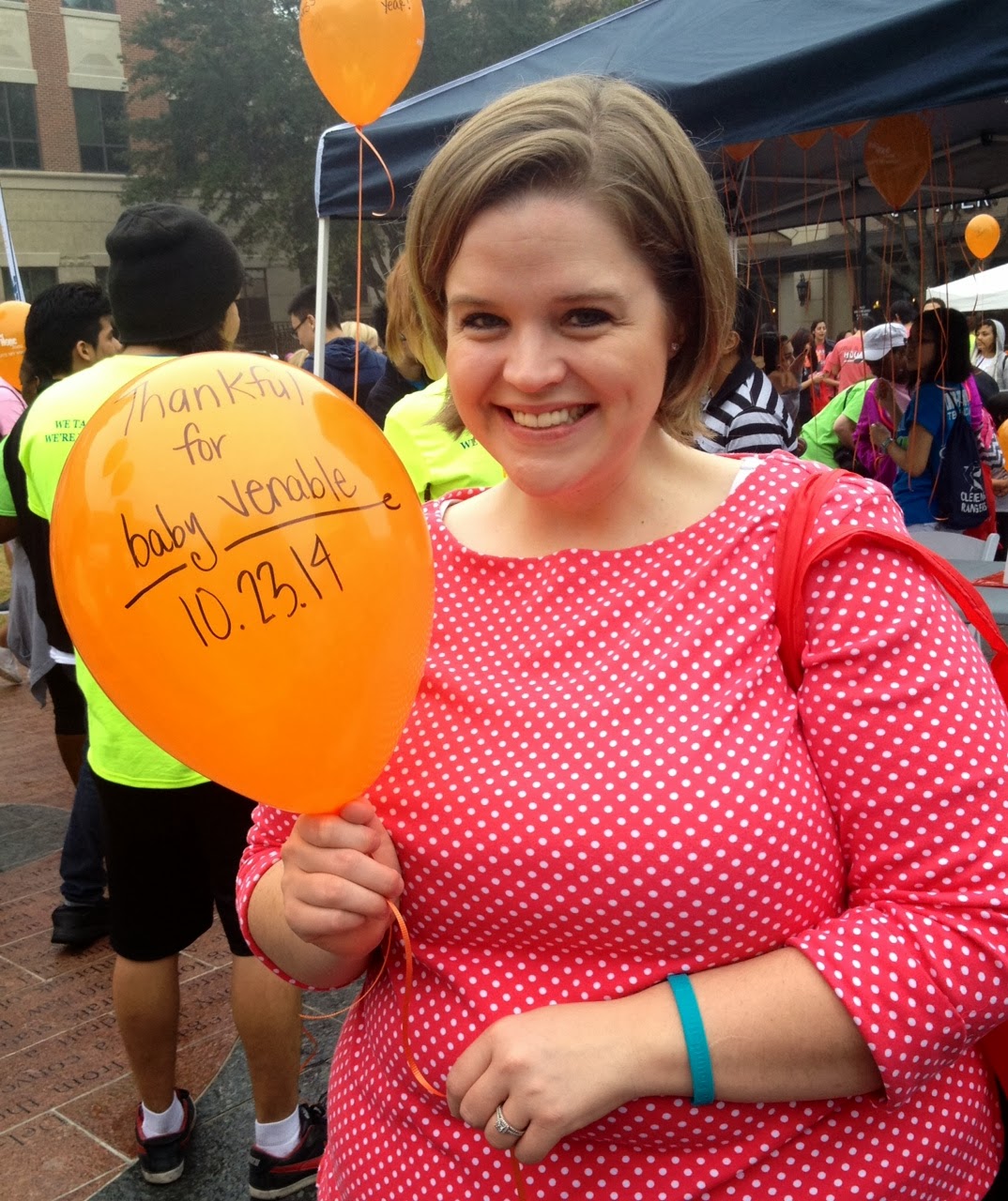 The fact is, finally, after almost 3 years of trying to conceive, just weeks before my 36th birthday, I found out i was pregnant. I wasn't even scared/sad about turning 36 like I was when i turned 35, because what did it matter!? I was finally pregnant!!!

But on Thursday, February 27th, I went in for my first ultrasound. And everything was not okay. The day before I had another blood test, my HCG level was still rising. I had no fears or doubts. I KNEW everything was going to be fine & we would have our baby in October. But on Thursday, things became a little uncertain.

I was surprised they did an ultrasound at 6 weeks. I expected them to start those at 7 or 8 weeks. I hear most obgyns don't start them that early. I am thinking my fertility specialist does to make sure everything looks good. When i had that ultrasound, he couldn't find anything on it. No baby. Nothing. (He does the ultrasounds in his office.) He sent me to the main hospital to have another ultrasound done there. (I am not sure if this is because they have better equipment or because they have radiologists.) The tech looked for what seemed like forever. She was very sweet, but didn't tell me anything (i know this is the norm). I have NEVER felt the way i felt on Thursday. The worst feeling I have been through. I was trembling like i was cold, but i wasn't cold at all. Fear or shock? I don't know.

The radiologist came in & looked herself. She said they could see the sac & something very tiny in the uterus. Could be the baby, but it was really too early to tell. They also saw something on my ovary that could mean an ectopic pregnancy (for those who don't know, ectopic is when the embryo plants somewhere OTHER than the uterus where it should be. Usually it's in the tube, but it can also happen in the ovary. If left untreated too long, it can rupture & cause internal  bleeding. It is very serious.). She said both were too small to tell what they were, and i just needed to wait & come back in a week.

We went back to my doctor's office & sat in a consult room while he read the report from the radiologist. He came in & said that i was on "ectopic watch" over the weekend. That if i felt ANY pain or had any bleeding to call & have them paged immediately. This scared me half to death! I have never had surgery & to think i could have to have emergency surgery was terrifying! Miscarriage has crossed my mind in the past (i would often say i hoped i would never have to go through one), but i never dreamed i would be facing ectopic pregnancy!

They told me if i didn't feel any pain or anything to come back on Monday for another ultrasound. It could be ectopic or it could be that I implanted late & wasn't as far along as we thought.

I prayed & prayed the latter was true. After crying all day that day, i began to research a little bit, and saw that MANY women that go in for an ultrasound at 6 weeks didn't see the baby! MANY! And when they went back a few days or a week or two weeks later, everything was FINE! A doctor my sister works for and one of the radiologists where i work said the same thing. They both said that 6 weeks was too early to be talking ectopic, and that it wasn't at all unusual to see a sac & no baby at 6 weeks. I held on to this. I thought that my doctor was maybe jumping the gun a bit (even though i love him!). After all, they didn't actually see anything in my tube, and ectopics in the ovary are EXTREMELY rare! So that just couldn't be right.

I had my weekend mostly as planned, celebrating my birthday with friends & family. I truly believed all was well. I felt no pain & i was only 6 weeks! I prayed & truly believed that on Monday that baby would be on that ultrasound, alive & well.

But after going to bed Sunday night... in the early morning hours on Monday, i woke up with very bad cramping & bleeding. The cramping & some spotting actually started before bed but it wasn't too bad, and i have friends who actually did have cramping & bleeding while pregnant. But when i woke up in the night, the cramping was pretty severe. I had them page my doctor. Based on my description of the pain, he said it sounded more like a miscarriage than ectopic. He said to come in first thing in the morning (I already had an appointment but we moved it up to 7:30.)

So that's what we were doing yesterday morning. Having ultrasound #2. And i guess i still hoped that maybe everything would be okay. This time my doctor could see that something (the baby he assumed but still too small to know for sure) was in my uterus but I was still not as far along as they thought i should be. My doctor said i am showing the signs of miscarriage. He said we would take another blood test to confirm it.

And by the way, they still see something on that ovary, and they still think it could potentially be an embryo! It would be very rare to have one in BOTH my uterus and my ovary, but not impossible. So if i feel any pain on my left side, they want me to call immediately. But so far my only pain is from miscarrying (cramping). I go back tomorrow so they can check out whatever is on the ovary again, and do another blood test.

After we left i was still fine. I honestly still had hope! But then the nurse called me with my HCG results. The numbers are dropping, indicating miscarriage. I began to cry right there on the phone. And the grieving hasn't stopped. Although today has been easier than yesterday.

I didn't think i would be able to share this so soon, but i am finding myself wanting to share it. Not for pity, but just to talk about it. Nobody talks about infertility & miscarriage. I mean, they do in blog world but rarely do you hear it outside of that. And i'm tired of being quiet about it. I have never posted any links from here about infertility to my Facebook page. Blogging about it is therapeutic for me, and most of the people who read my blog don't know me in real life. My attitude has always been that if someone who knows me in real life finds my blog & finds out about our battle with infertility, then so be it. But i've never purposefully shared links to here on Facebook. I just feel like i get more understanding people through my blog. Too many people say the first thing that comes to their head on Facebook. And many times it is the WRONG thing to say!

But i feel the urge to share what is going on with us today. (Brad is okay with me sharing all of this, by the way.) I guess i am ready to share my story. It will allow me to talk more about infertility, something that i am tired of being quiet about. Maybe i will help someone. Or maybe someone will help me. (Just please do me a favor & google "what not to say to someone dealing with infertility or miscarriage" before you comment, if you aren't sure! Because saying nothing is better than saying something hurtful. Think about the words you say before you say them. You would not BELIEVE the things that have been said to me about infertility, and i am bracing myself for the stupid miscarriage comments.)  (Hint: I don't believe miscarriage is God's plan. And yes, i'm glad to know i can get pregnant, but i wanted THIS ONE! I know you all mean well. Just think before you speak. That's all i ask.)

I will say that i have never felt as loved as i have felt these past two days. So many people that know about our situation have called or texted to check on me, two flower deliveries (Thanks, Amanda & Laura!), meal offerings, very understanding coworkers & boss, etc. It's been so crazy & so sweet of people to send me an encouraging word or just a 'how are you today?'. It truly means so much during this time.

I guess this is long enough. If you are still here, God bless you! Thank you for reading. I am sure there will be more later.

Posted by Melissa at 2:56 PM
Email ThisBlogThis!Share to TwitterShare to FacebookShare to Pinterest
Labels: infertility, miscarriage