Why I've Been MIA {theatre life}

I have not blogged since the 23rd? Well, that's just ridiculous. I need to remedy that immediately! Now that i have a minute! 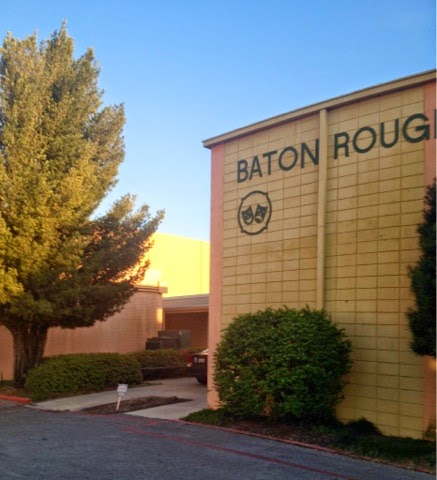 our theatre...nothing to look at, but one of my favorite places to be! :)

I have been stage managing a show at our theatre called Frost/Nixon. It's about interviews between Richard  Nixon and David Frost (talk show host) after Nixon resigned from office. It's a 90-minute straight play (no music). The script is 83 pages & I have 195 cues. That's a lot. (If you saw on instagram i sad 192 cues, and then on Facebook 194 cues, I haven't been exaggerating. I counted them. They just keep giving me more cues! Ha!) 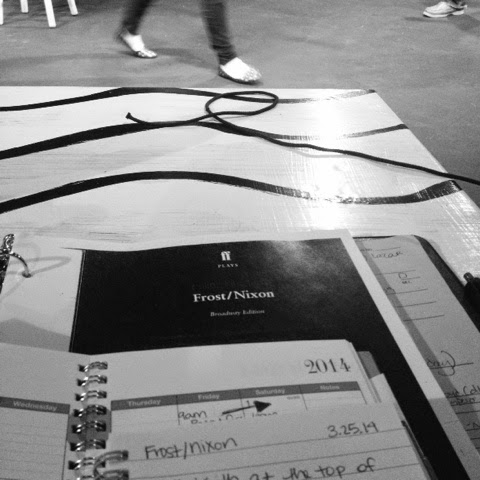 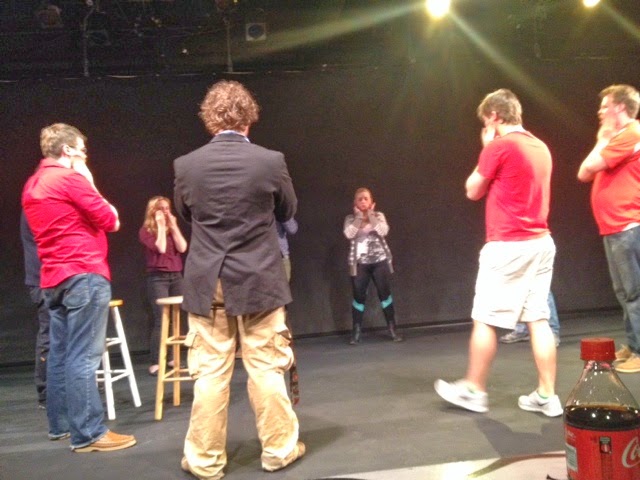 If you have never worked in theatre, stage managers call cues...basically saying in their headset, "Standby lights 34....." & then at the proper time (aka, their cue), they say, "Lights 34, GO" & the lightboard operator hits go & the lights hit the stage. Got it? But I'm not on headset because i don't have a crew, and I'm not actually calling cues since i am running it all by myself! :) I am runing lights, sound, live camera feed & pre-recorded video. Got all that? That's a lot! 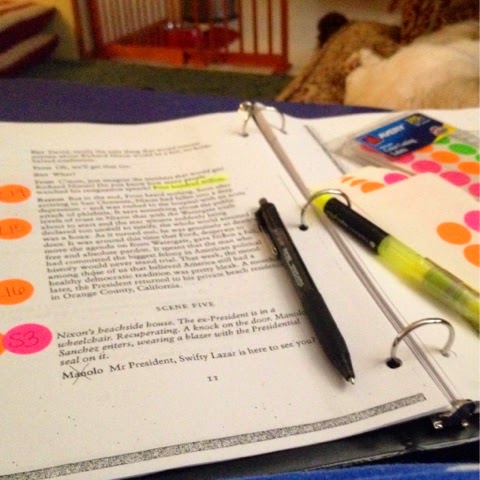 Preparing my script. Orange dots are for lights, pink dots are sound
& i have various green dots for video & camera!

Anyway. That's what I've been busy with. Originally they asked me to stage manage it when i was pregnant, so i said no. (Some people do shows while pregnant, but i will not be one of them! I'm exhausted doing a show NOT pregnant, can't imagine doing one while being pregnant!) Two weeks later, they asked if i knew anyone that could do it because they still hadn't found anyone. This was after my miscarriage. I started thinking about it & after weighing the pros & cons, i decided to do it. I came in late, since they had already been in rehearsals for two weeks at that point!

(I'm just now realizing i may have explained all this in my last post. Oops!) 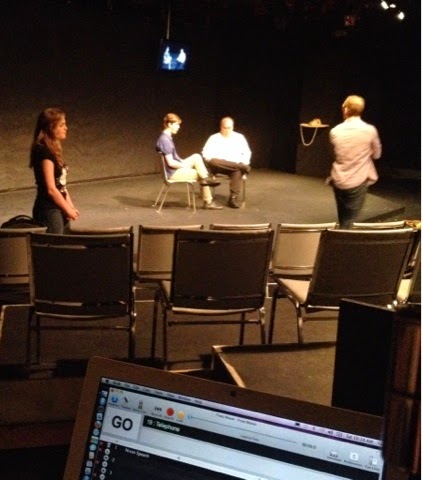 So anyway. That's what I've been busy with. Stage managing a show with 195 cues. I keep saying that number because that is a LOT! That is more than some 2 & a half hour musicals & this is only a 90 minute play! It makes me feel good that i am looked to as someone who can handle that many cues, and it makes me feel good that i can accomplish it! :) For a self-diagnosed ADD girl, that's a miracle... although I am a good multi-tasker...so that helps! (Although those two pages are going to be the death of me!) 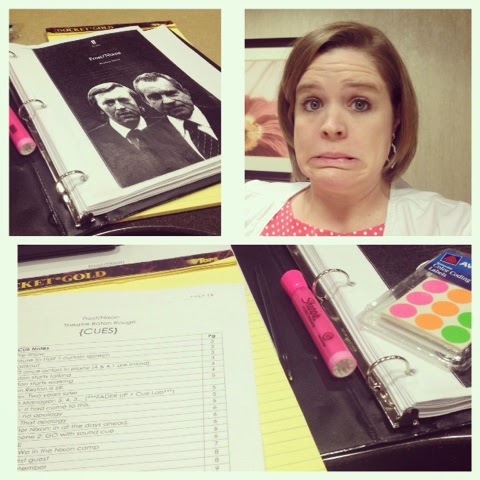 That would be my "holy crap, that's a lot of cues!" face.

Anyhoo.That's what's been going on. I've been working each day & going to rehearsal each night! Coming home & falling straight into the bed. Pretty much.

But things are going well & emotionally, i am doing a lot better. Thanks again to those of you that have been praying for me!! :)

I got a belated birthday gift from my good friend Patti... (HELLO, AMAZON GIFT CARD!) 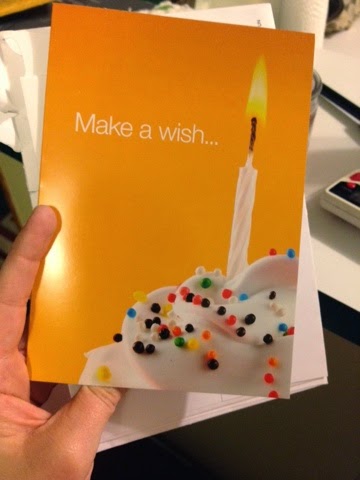 AND i got really pretty flowers on my Trader Joe's run. I LOVE that BR finally has a Trader Joe's! 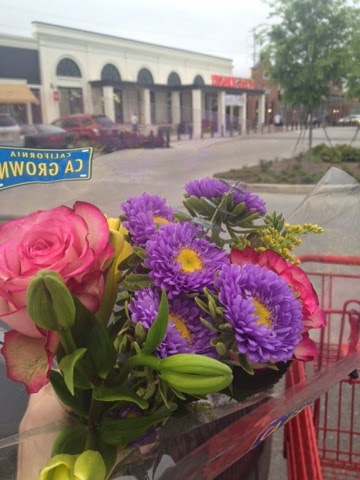 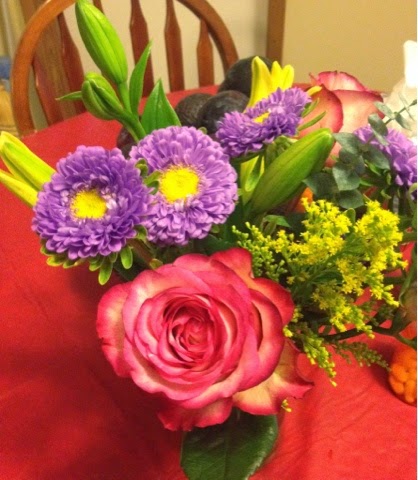 And my dog is still the cutest sweetest. :) He misses his mama though! 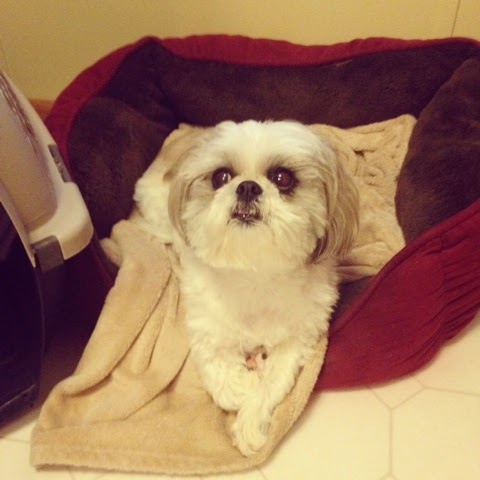 That's about it! Wish me luck on all those cues tonight, PLEASE! :)

Have a great weekend!
Posted by Melissa at 1:18 PM
Email ThisBlogThis!Share to TwitterShare to FacebookShare to Pinterest
Labels: acting, Stage Managing, Theatre