My (not) Mother's Day

I meant to tell y'all about last weekend, and here it is THIS weekend & i am just now remembering. Whoops. Well, anyway. Last weekend.

Last Friday, I had dinner with my friend Shana after work. Just a quick catch-up session. I had never eaten there - it was kind of subway-style but mexican food... it was DELISH!

Saturday was very rainy & stormy! I had my friend Amanda's maternity session but we had to cancel it. We didn't really do anything except lounge around, haha. I did cook dinner to bring to a church member, so we visited with them for awhile.

Sunday! Sunday was Mother's Day. Most of you know Mother's Day can be really hard for people dealing with infertility. ESPECIALLY if you are a church-going person going through infertility. Not that i think it can be any fun to stay home in bed &/or go visit friends & family on mother's day. But church is really hard because the entire service is usually geared to the moms. As it should be, OF COURSE, but it can be ... just, hard. Some churches have all the moms stand up, they give gifts to all the moms, they preach about being a mom... yeah. If you really don't get why it would be hard, please read this article i found about it. This article wasn't written by an infertility group, but by the Southern Baptist Convention, which i think is awesome. Thank you, SBC, for recognizing that it can be a tough day for some women out there! Thank you for pointing that out to church leaders.


ANYWAY. In the past, i have just gone to Mother's Day service anyway. I want to celebrate my mom, of course. And nobody really knew about what we were going through, so i could just put on a happy face and got through it. But this year? Well, i just knew months ahead of time that i would not want to go. First of all, it'd be my first mother's day since the miscarriage. Second of all, it would be my first mother's day since i went public about our infertility. So... no. No, thank you.

I had told Brad that i didn't want to go but i didn't want to sit home either! I told him i wanted a fun day so we didn't have to think about the fact that I should be about 16 weeks pregnant. And that's what we did. 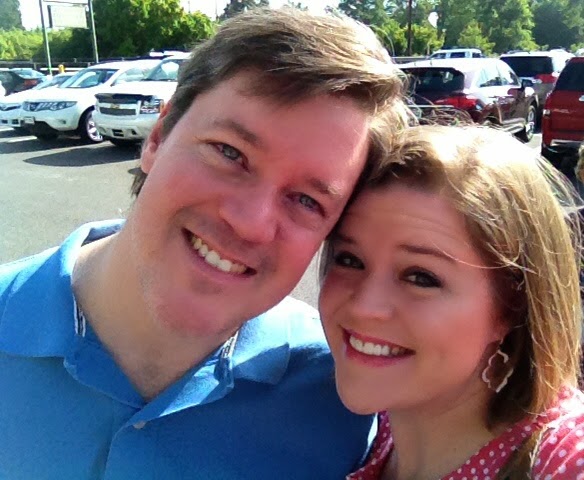 He took me to eat breakfast at Mason's Grill. We both love Another Broken Egg and La Madeline's but i wondered if there were other amazing breakfast places in Baton Rouge that we were missing out on. I asked on FB & the popular vote was MASON'S GRILL. They won for best brunch in BR at some point... we had to go. They don't take reservations, so we figured we would just go when they opened at 9 & it would be fine. Well, we got there a little after 9 & the line was out the door! 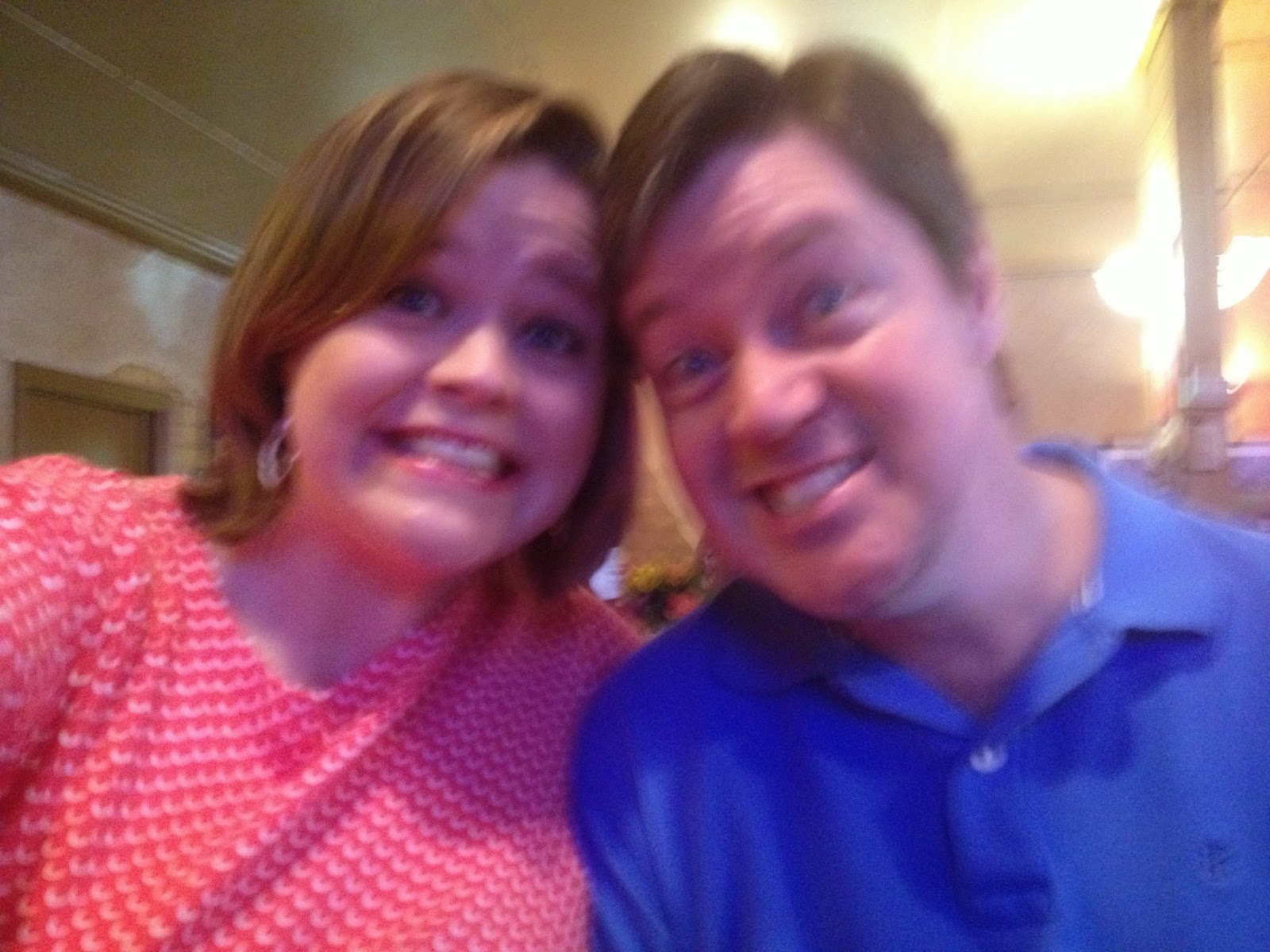 When we finally got up to the front to give our names, she said, "Oh, there are just two of you? Well, if you go stand by the bar, you can grab one of those seats if someone gets up!" All the other parties were of at least 4, most larger than that! We went straight to the bar and were immediately seated. SCORE!! I felt like, see? There are some advantages to there only being two of us! (Of course, i would wait 10 hours for a table if it meant we had kids (or just go to another restaurant!), but you know what I'm saying. Felt good at that moment to get moved straight to a table. We would have had to wait at least an hour! 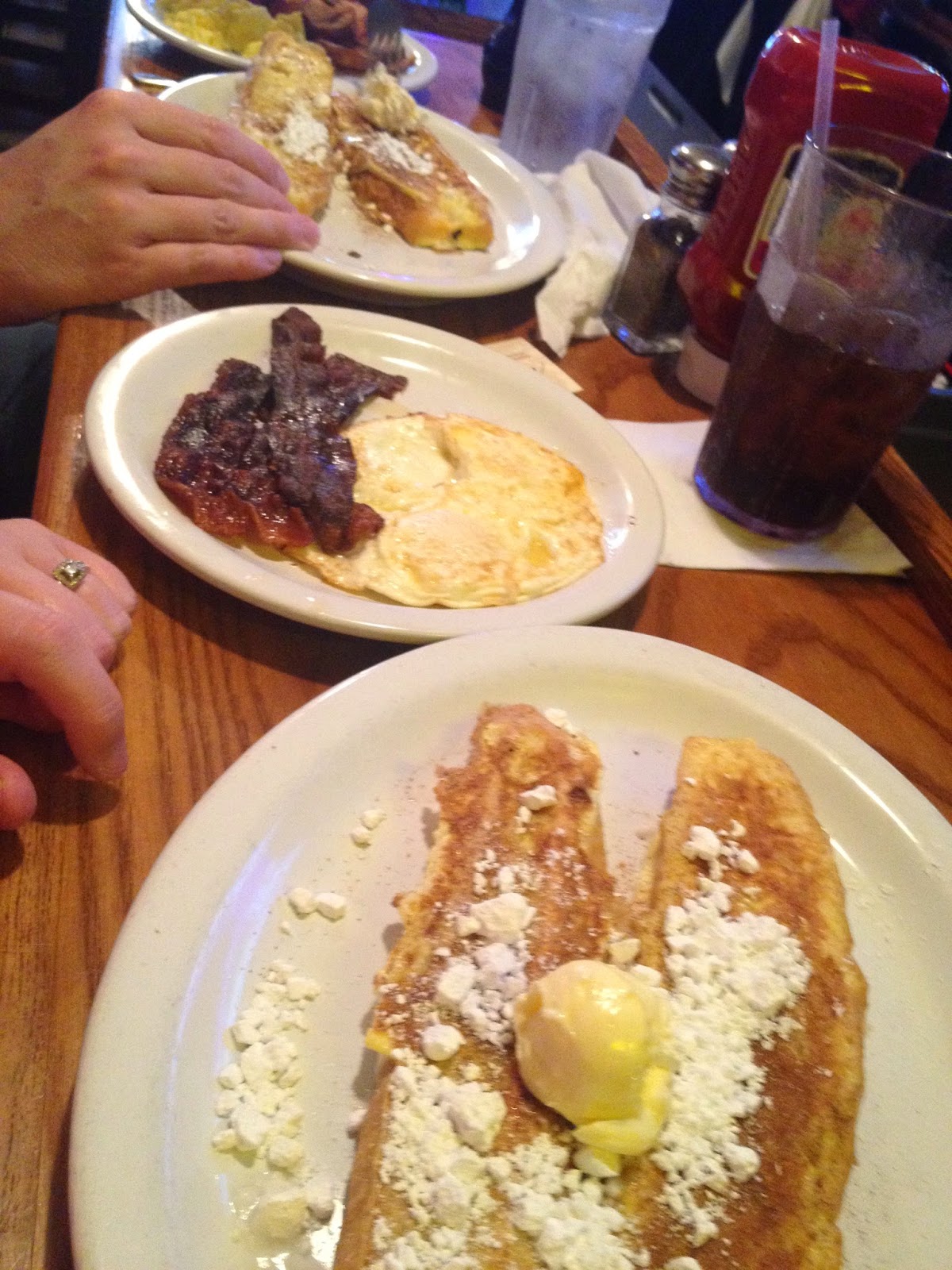 We had an AMAZING breakfast. We both got french toast, which came with eggs & another side. I got crispy bacon, he got hash browns. It was all fantastic. :)

After that, we went shopping. We went to Macy's. I got two new shirts. That was fun. I had a gift card for $25 in my wallet, and would pay the difference. Well, when i got to the cash register & pulled out my gift card, there was ANOTHER gift card stuck under it!! I said, "I have no idea if anything is on this one!" But there was $25 on it, too. I paid 10 cents. Haha. It was awesome.

He also bought me my favorite perfume which i have been out of! That was my not-mother's day gift. Sooo, yeah. Makes sense to me! 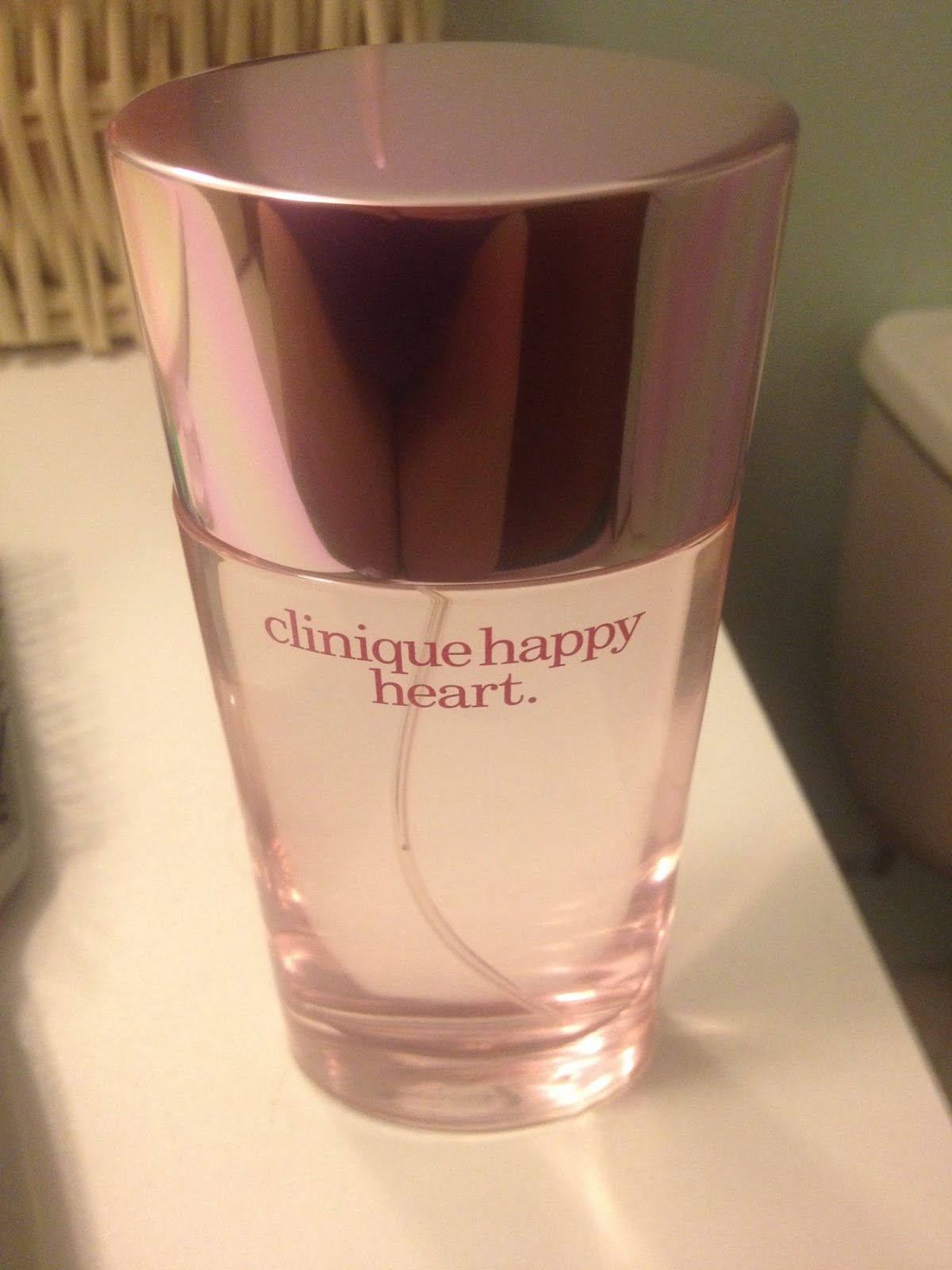 So at that point, i felt like we were on a roll... being seated right away, getting two shirts for ten cents. AND nobody had said "happy mother's day" to me. I know it sounds silly but i didn't want that. I was nervous about that. Don't get me wrong - some friends who know what we are going through and care about me sent me texts throughout the day saying i am a mother to them or something along those lines that was super sweet and thoughtful. But a random stranger saying "happy mother's day!". Well, i just didn't want that. I wanted to pretend it was any other day. I KNEW it was going to happen, the waiter or the starbucks barista or somebody, because that's just what people SAY to be polite! But they didn't. And i was glad.


Anyway. We also went to ULTA. My friend Erika is a huge fan of Ulta and we have one here and i've never been! So i decided I would go in her honor! And i did. Haha. 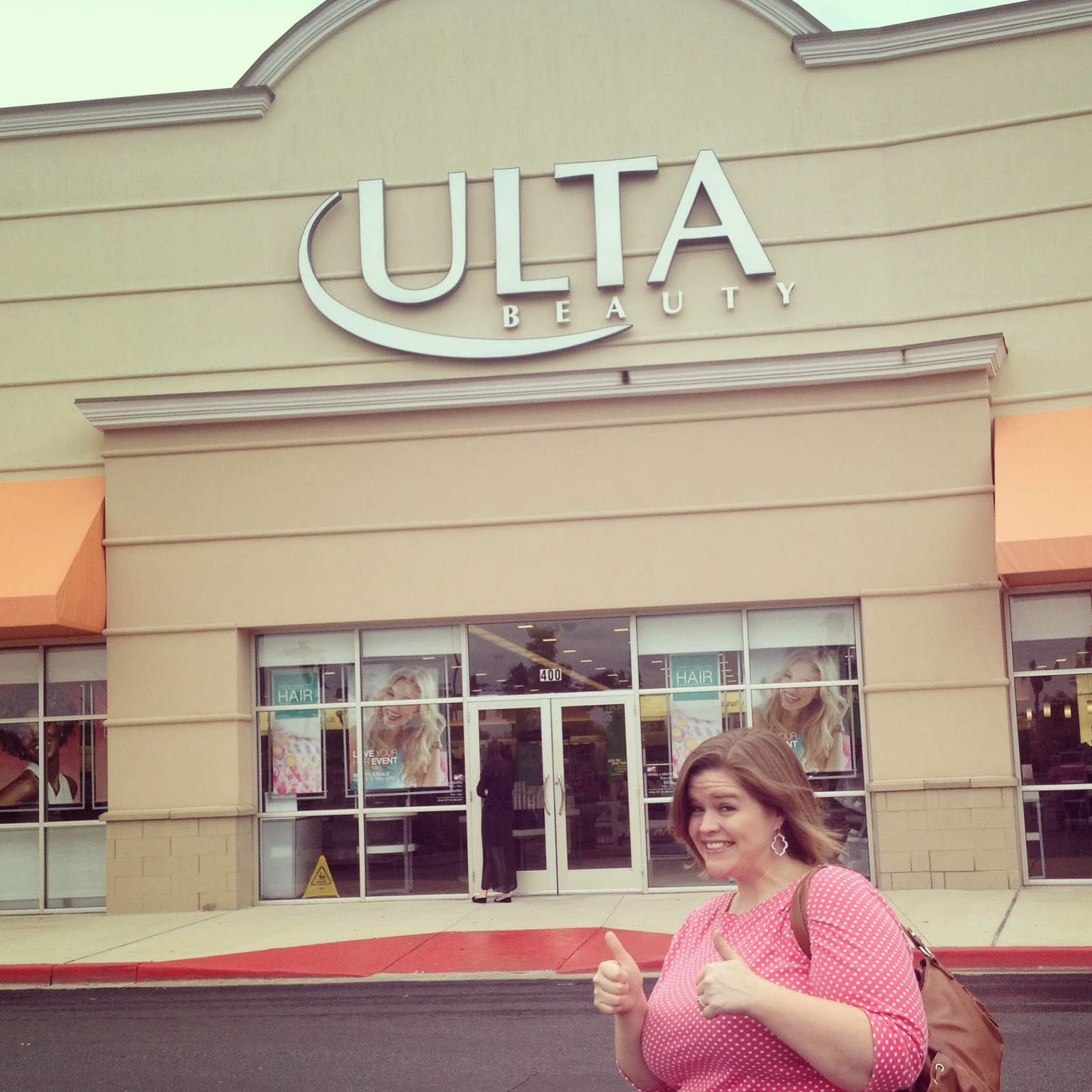 Then we went to Best Buy, Barnes & Noble, Starbucks & the produce stand. And then we went home. The day was pretty much amazing. And i am so thankful for a hubby who understands and who is willing to spoil me on certain days like that! I know he would prefer to be at home... but he took me on a fun day without a single complaint through all of that shopping. Seriously - i got a keeper! :)

So that was last weekend. This weekend is just photo shoots and editing and really beautiful days! :)

P.S. For those of you new here, please know i am not against moms or mother's day!! We did take our moms out later on to celebrate them. I am often in awe of my friends that are moms & notice what good moms they are!! It's just a hard day for people like me. I am hopeful that next year will be different. :)
Posted by Melissa at 4:15 PM
Email ThisBlogThis!Share to TwitterShare to FacebookShare to Pinterest
Labels: infertility, mother's day, shopping