Y'all. I'm sorry. I don't know why i don't blog anymore!! But if you were wondering, yes. I'm alive. I have still been reading your blogs, but mostly from my phone, so i haven't been able to do a lot of commenting. Please forgive me?

Well, i haven't posted since the end of MAY (ridiculous), so here is what went on in June.

I visited one of my favorite people in the whole wide world, Robyn, before her big move to Texas. I used to part-time nanny her boys, and she became a good friend. Two of her three boys are now taller than i am, by the way. Scary. Anyway. LOVE HER. 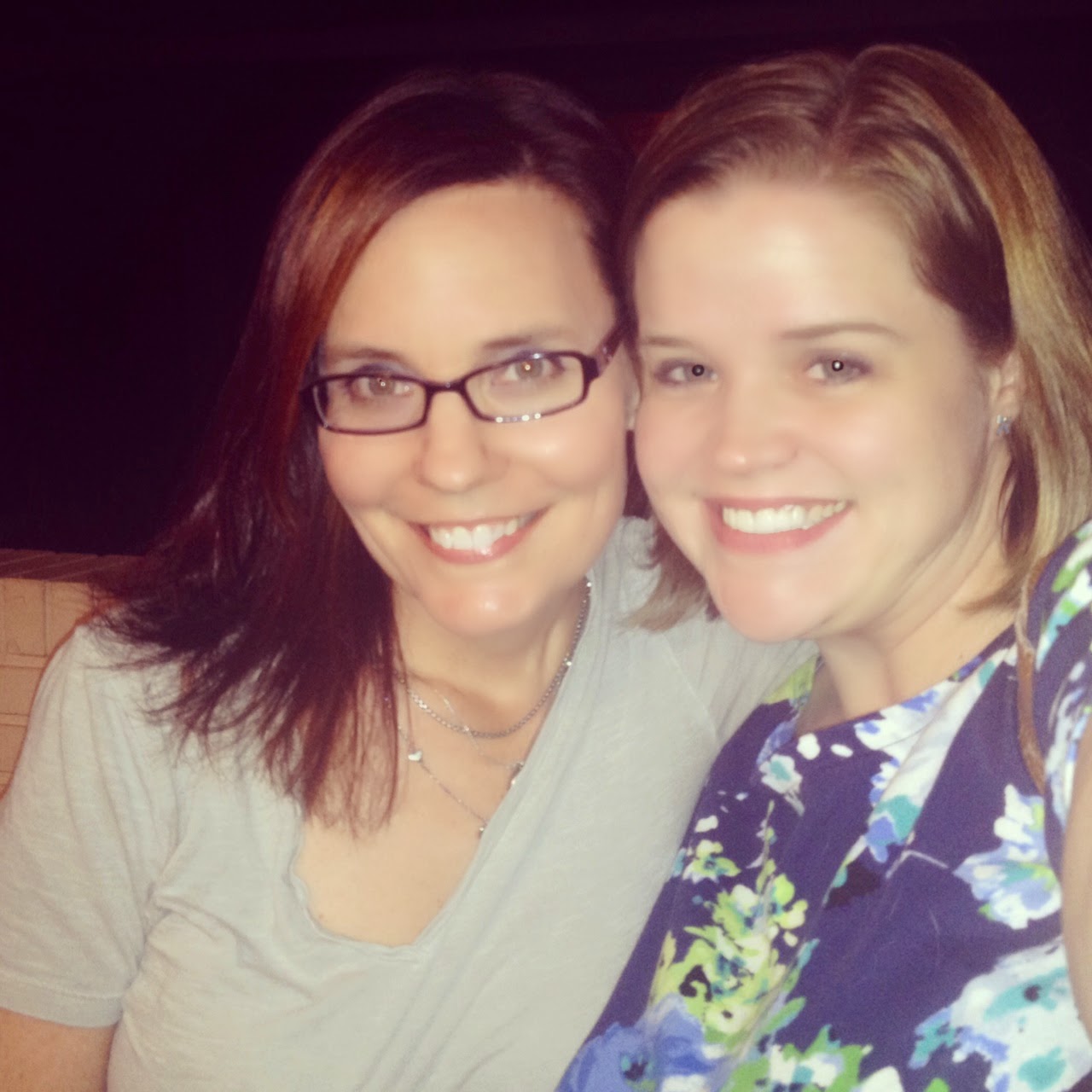 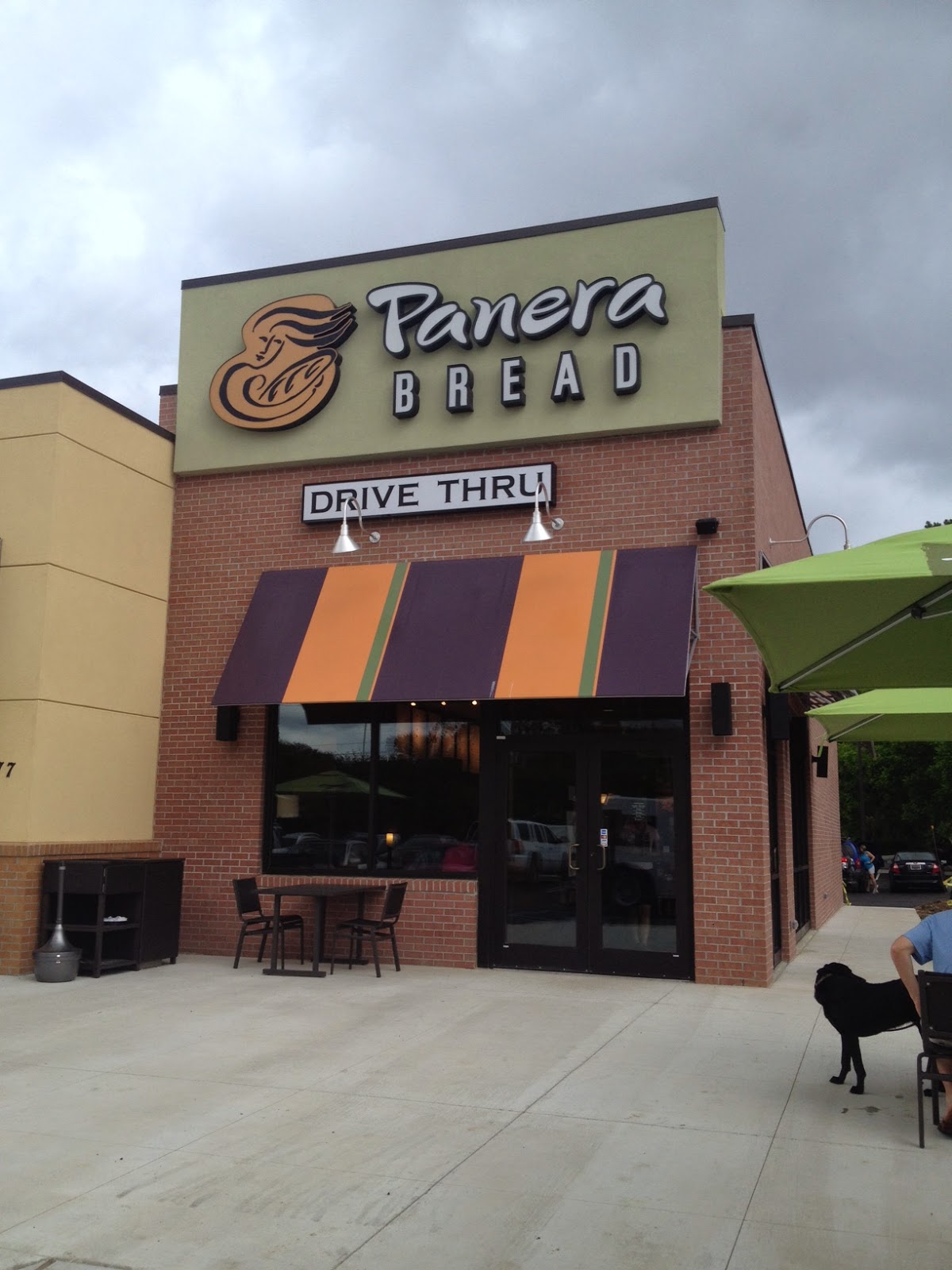 I did a maternity photo shoot with my friend Jenny. Such a beautiful mama-to-be. She has been through a lot in the infertility world, so i am so thrilled that her dream is finally coming true! She will soon be a mama of twin girls!! 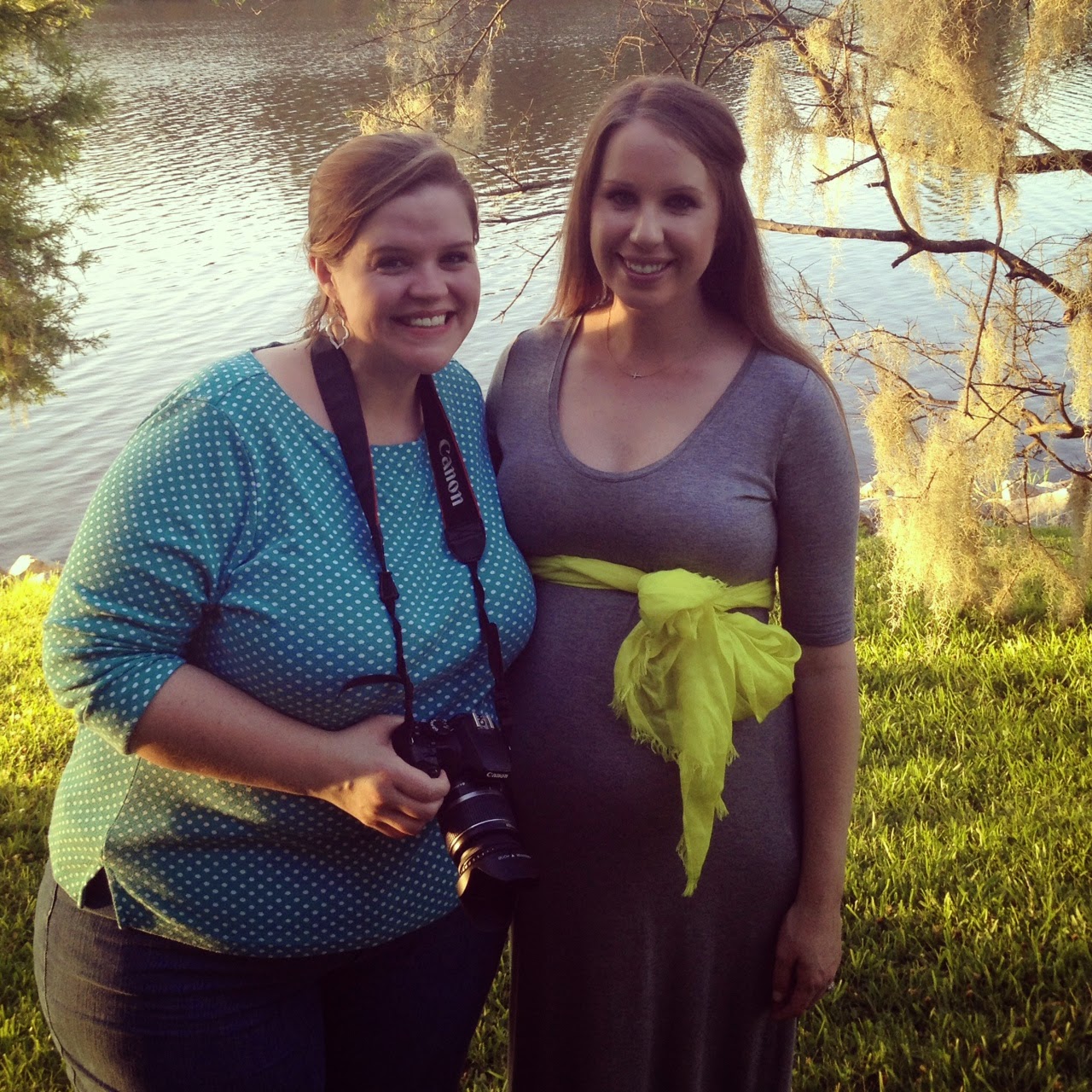 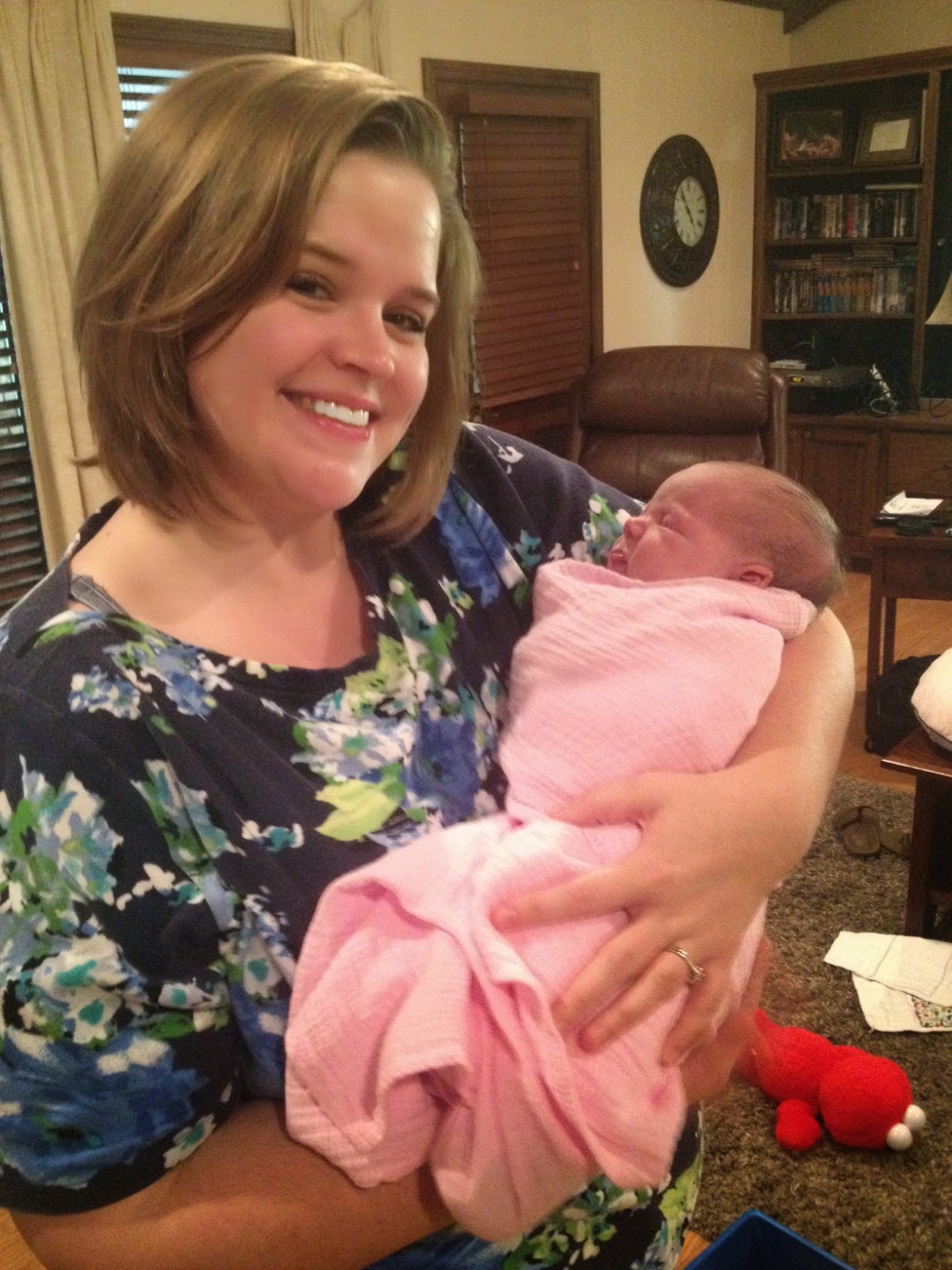 I took my friend Brittany's headshots. 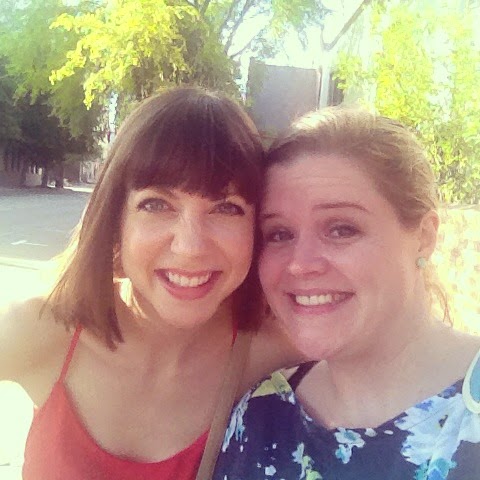 (Did you notice i am wearing the same shirt in most of these photos? Yep. I need to go clothes shopping, pronto!) ANYWAY. AND i had dinner with two of my favorite ladies!!! :) 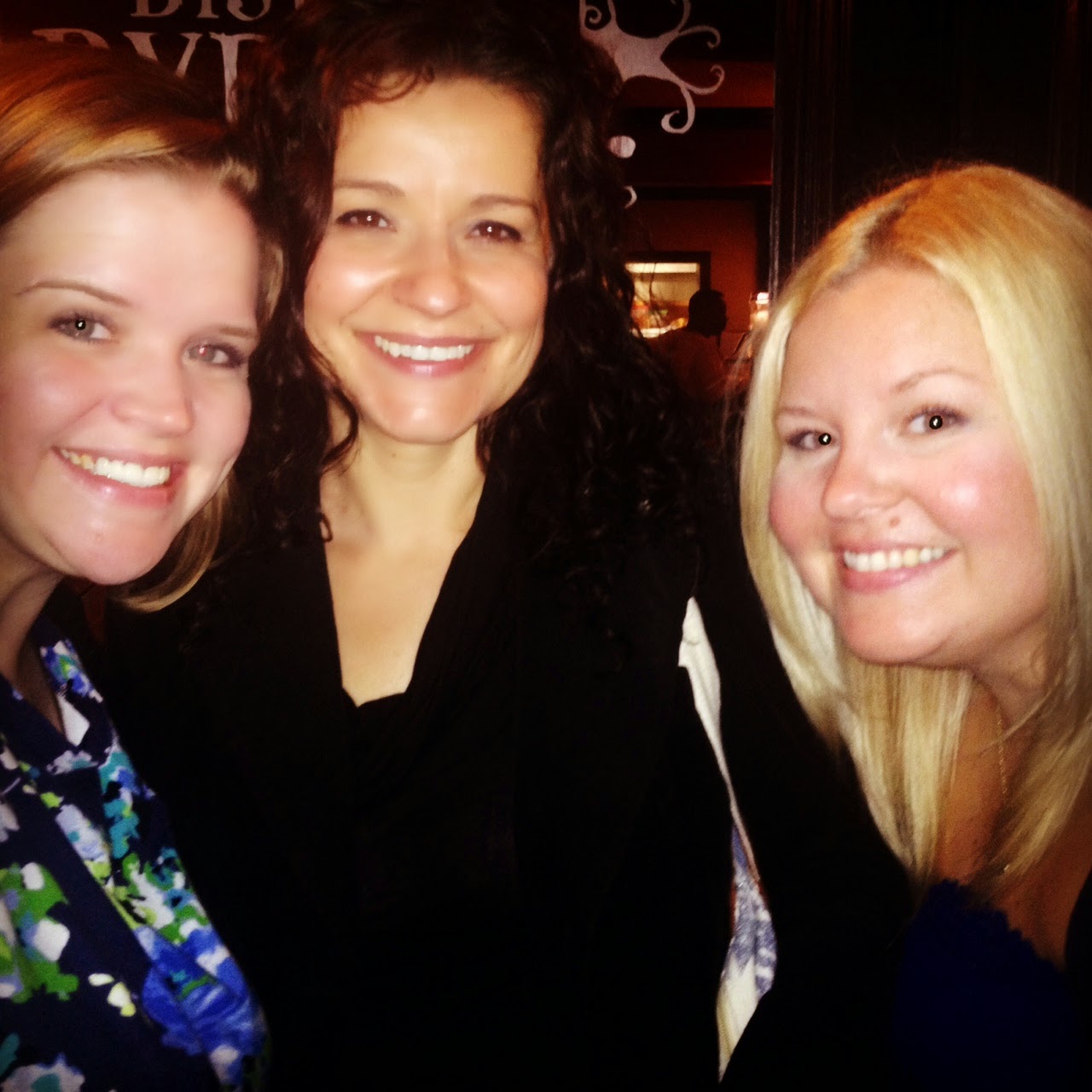 Those are the few little things i fit in alongside the biggest thing that was ANNIE. I was asked to run sound for the month-long production of Annie at the local theatre.  I ended up splitting the run with a lady named Rhonda. She did about half the shows & i did the other half. Worked out well, and i'm really glad i was a part of it!!

I have run sound before, but never a musical, and never a show with 18 actors on wireless mics! Definitely an experience! A great one. :) 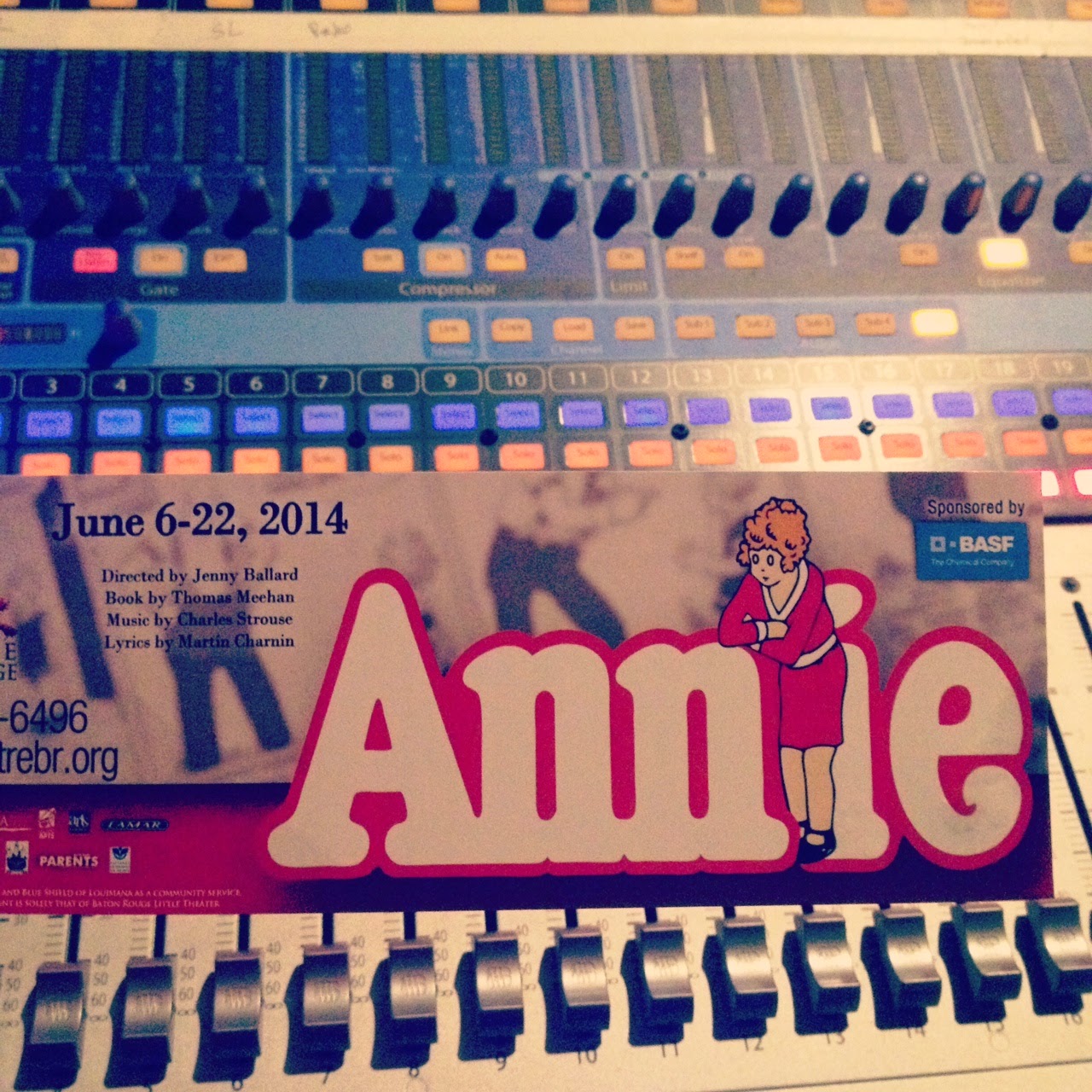 So the rest of these pictures are from my adventure with Annie. I am so glad i got to do this. I thought listening to little kids scream-singing on stage would be torture. I was wrong. The kids did GREAT. The adult actors were perfect in their roles. It was a fantastic production with excellent reviews. I was thoroughly impressed with the girl who played Annie. She was A DOLL, a total professional, a total sweetheart.  Love her & would love to work with her again! 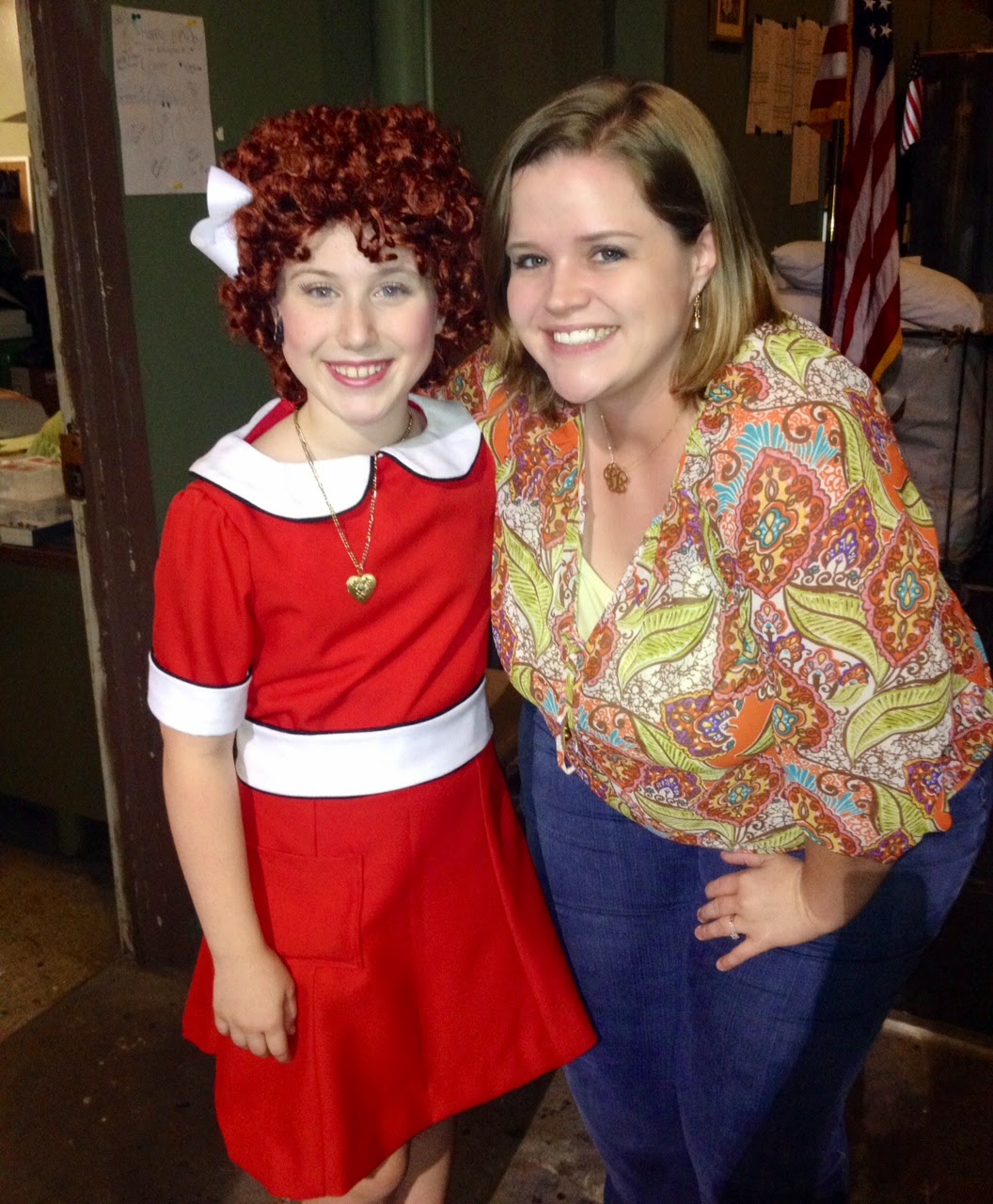 My other favorite in Annie was the dog that played Sandy. I have never seen a dog act on stage for hundreds of people, but y'all. OH MY GOODNESS!!!  I couldn't not believe it! She did everything perfectly! It was so cool. That's all i can say! Her trainer was also in the show, and he and the girl who played Annie would practice with the dog before each show. I was a total sucker for it, which makes sense because i love theatre, i love acting, and i love dogs. (Excuse the yellow eyes, these were all taken with my cell phone & you pretty much have to have a flash backstage at the theatre! It's kinda dark!) 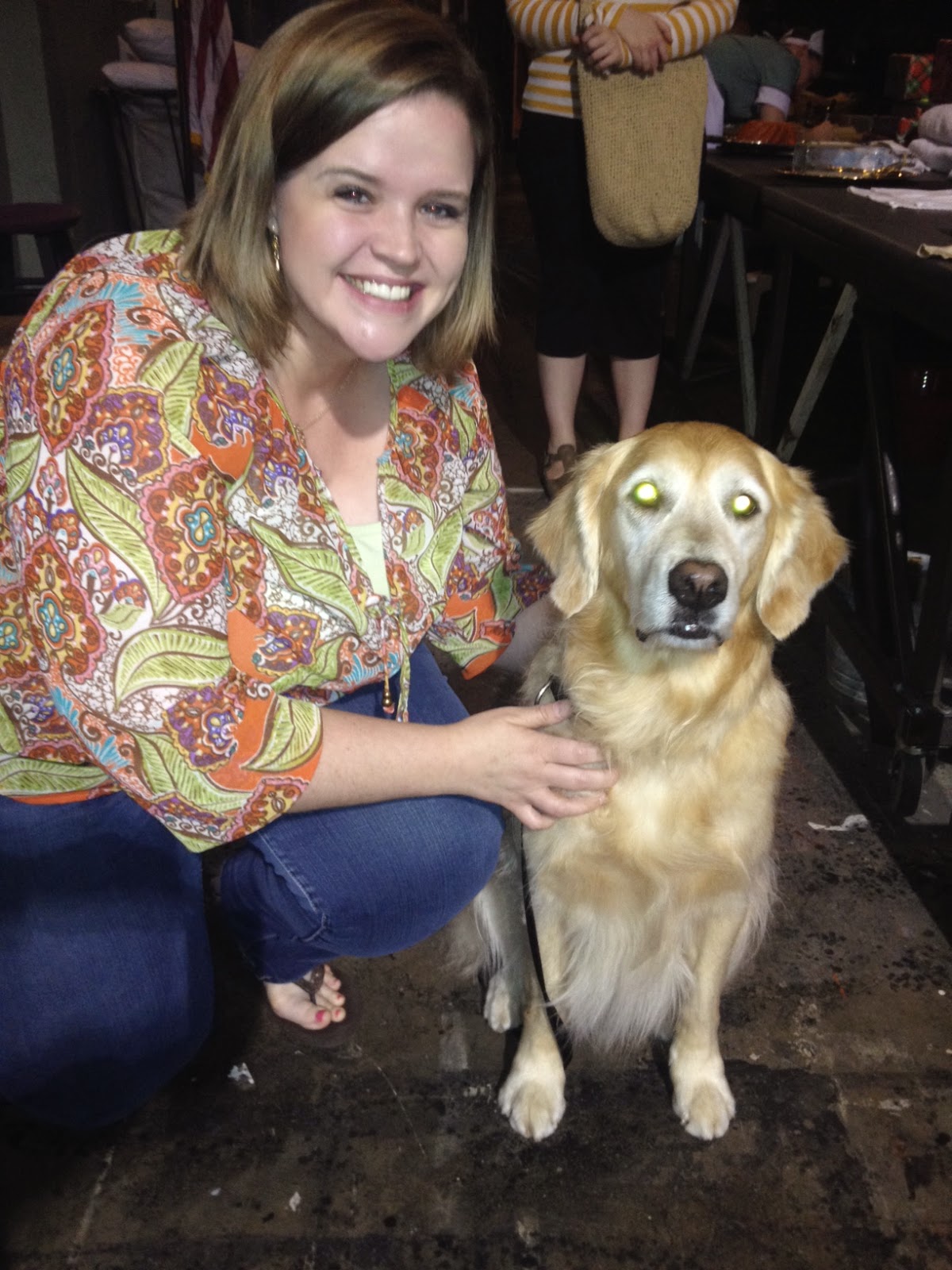 Before each show, i loaded all wireless mics with new batteries, put a mic cover on each one, and handed them to actors. 18 wireless mics for 18 actors. I helped the smallest actors put them on. That was honestly one of my favorite parts each night...putting the mics on the orphans. They were a lot of fun! 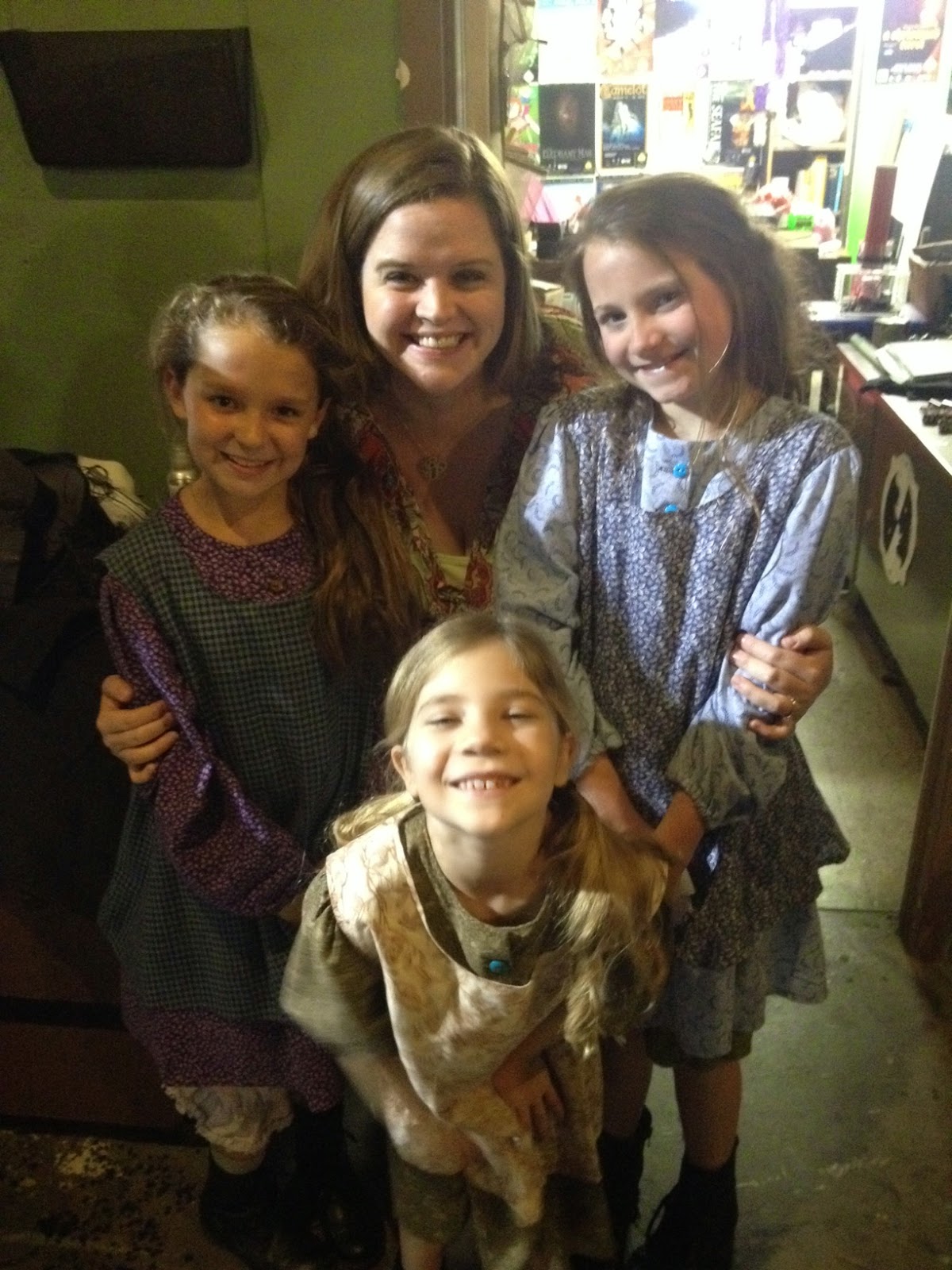 I met lots of new people doing Annie. Such as Jennifer, who played Grace Farrell. She was flawless in that role. Such a sweet person, too! 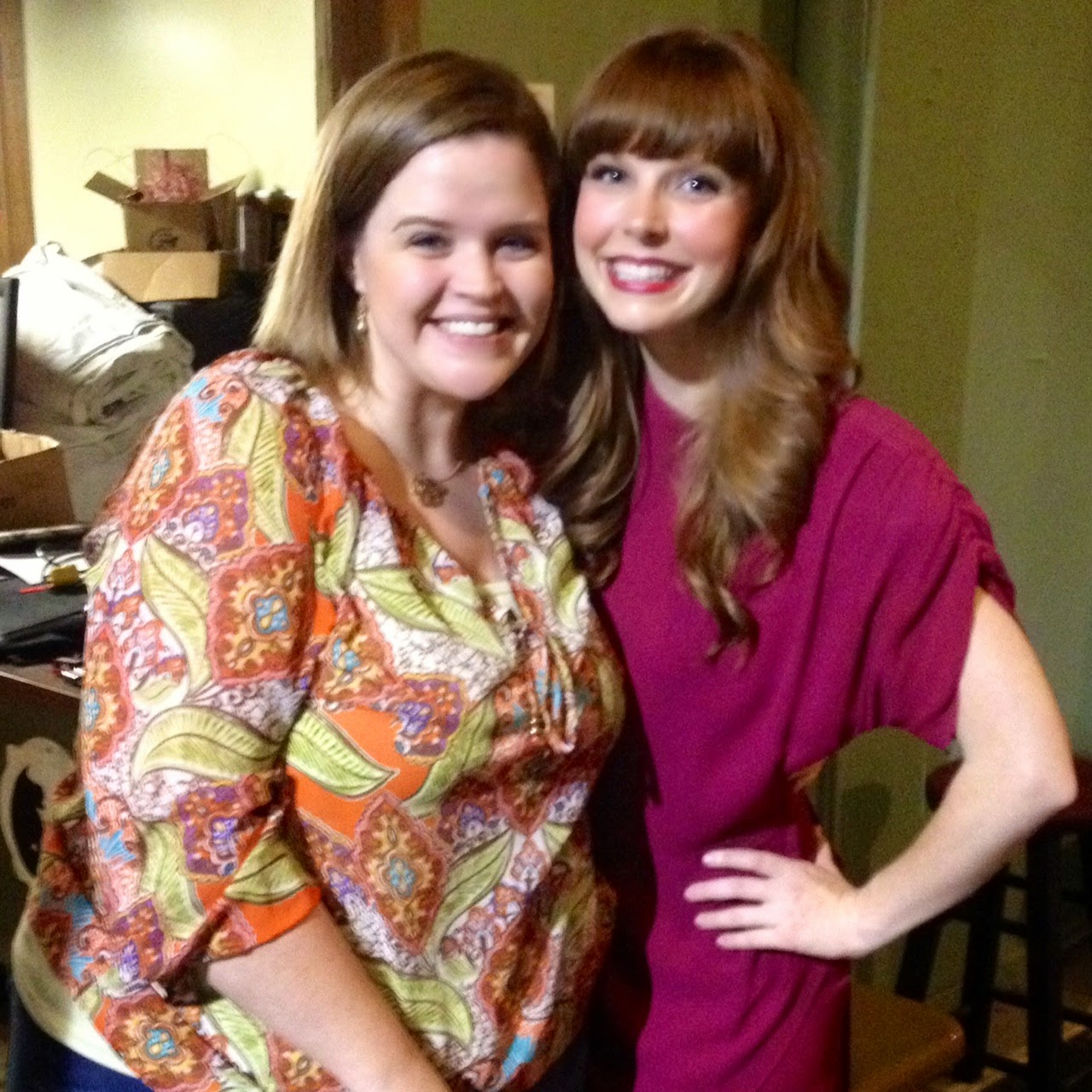 Two other people I hadn't worked with before are Burt & Drake. Not their real names. Tony & ...Colton? I forgot. Which is sad. But i remember most of them by their character names. Haha. These guys are TEENAGERS!!!!! And i am old enough to be their moms. A young mom, but still. Makes me feel really old! Love these "kids". 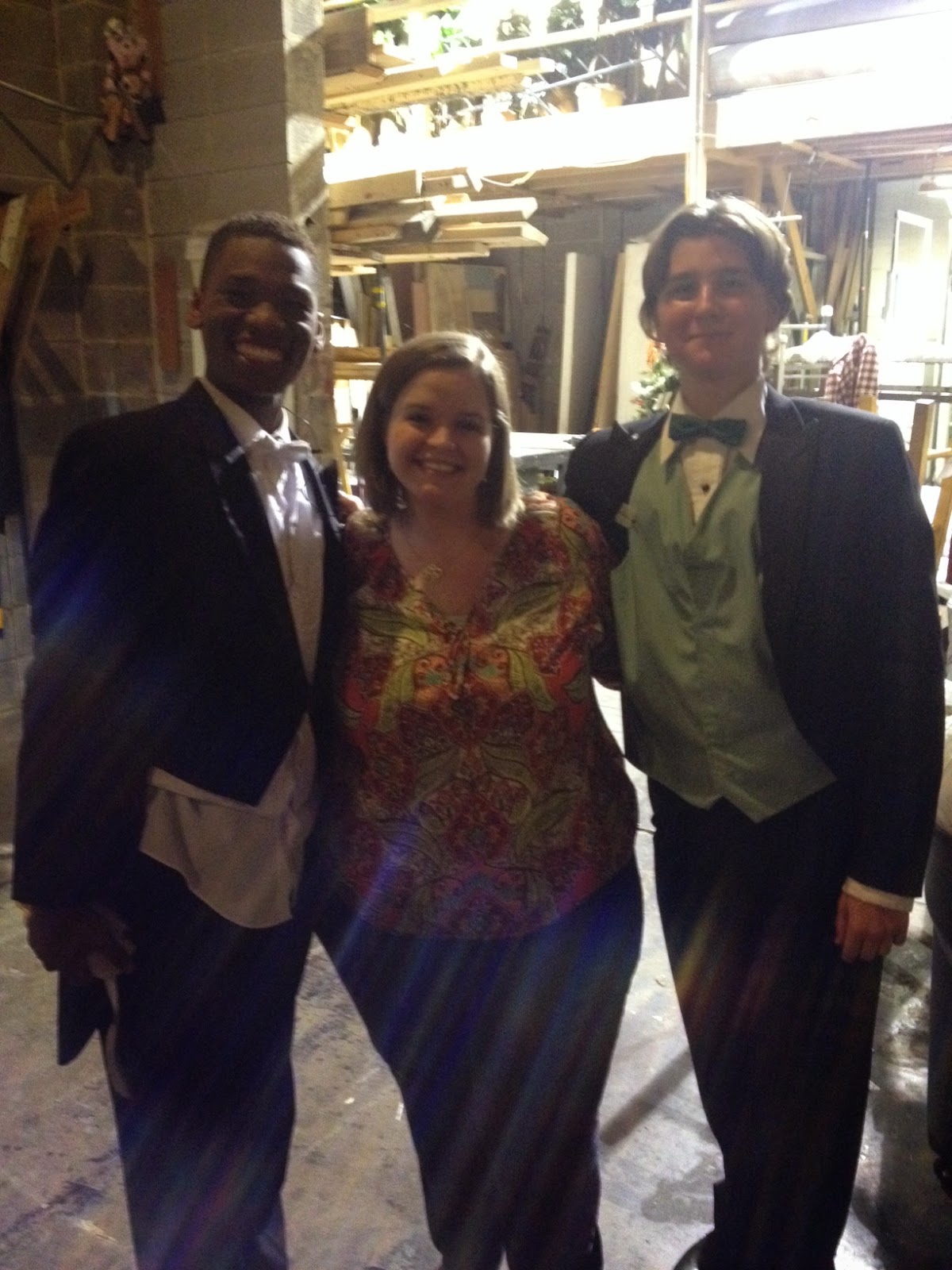 I also met Rhonda, the one who ran sound the other nights. We were there together my first 3 nights, when i was there to learn the ropes. She is hilarious & so nice!! I hope we work together for a whole show sometime. 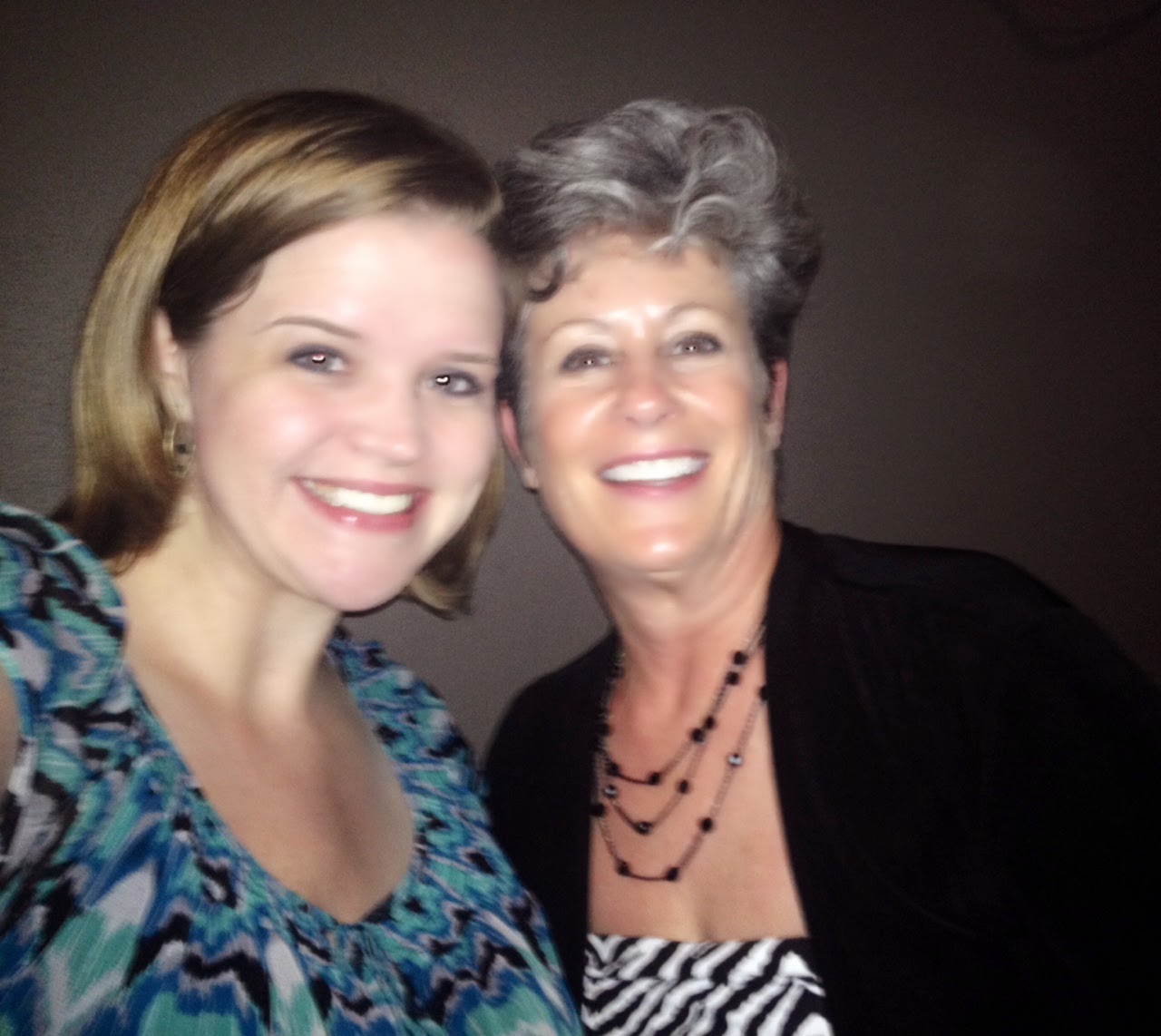 There were the old theatre friends, too. The ones I've worked with before. People like Zac.  I had a really REALLY bad day one day and then ran into Zac who cheered me up. He didn't do anything in particular, he's just Zac. Kind of wish he was my real little brother, no joke! 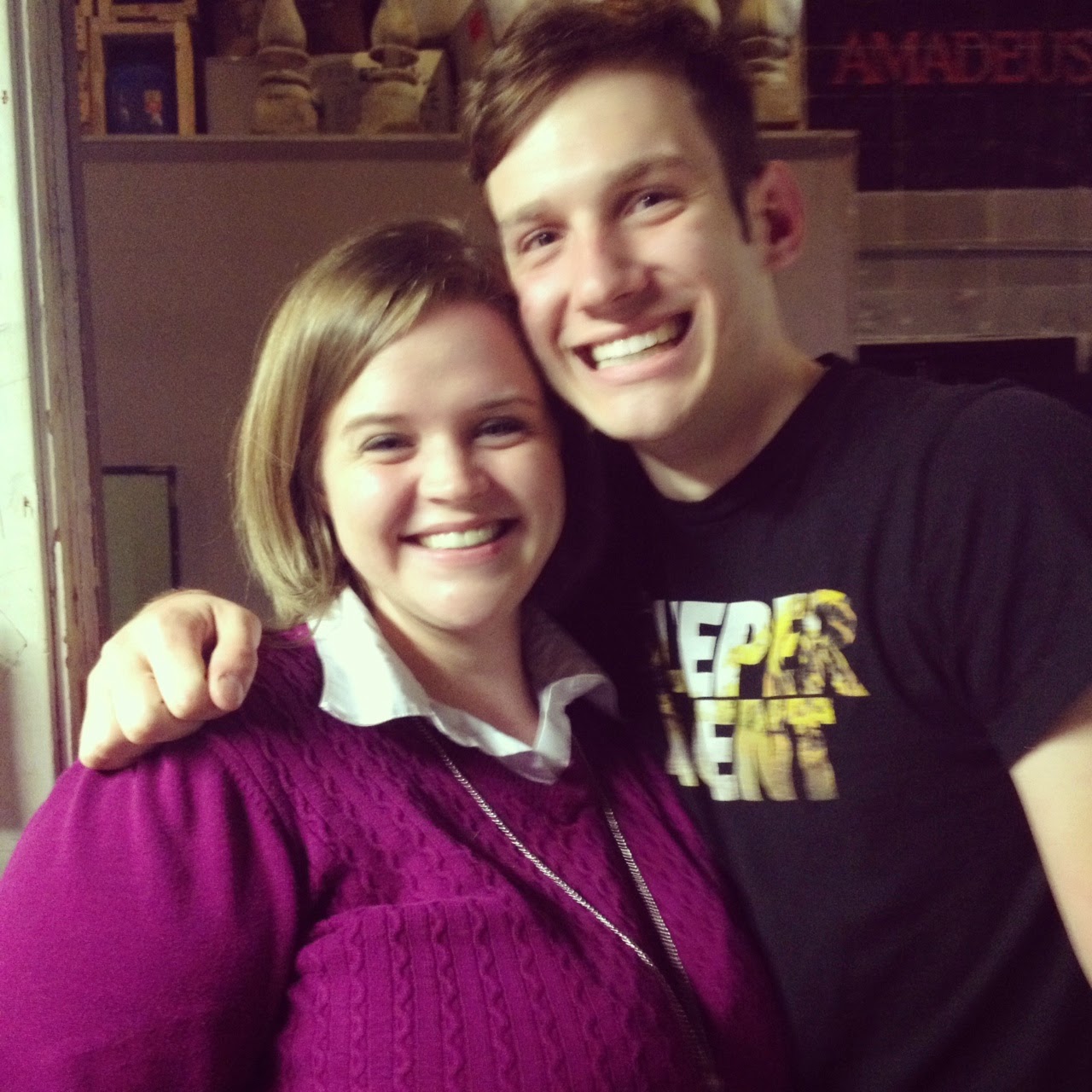 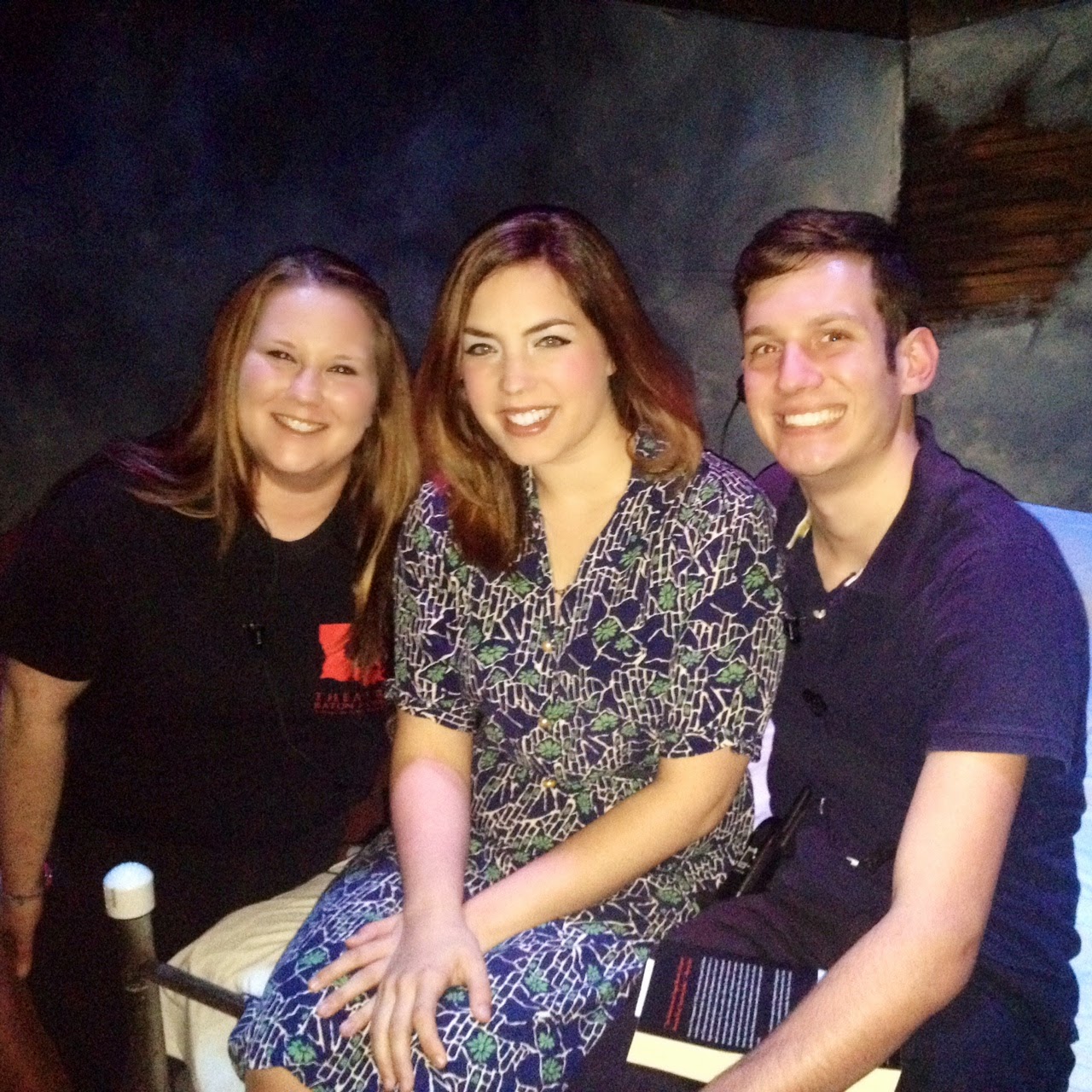 And Caty, the stage manager for Annie. She is awesome, it was fun working together again! 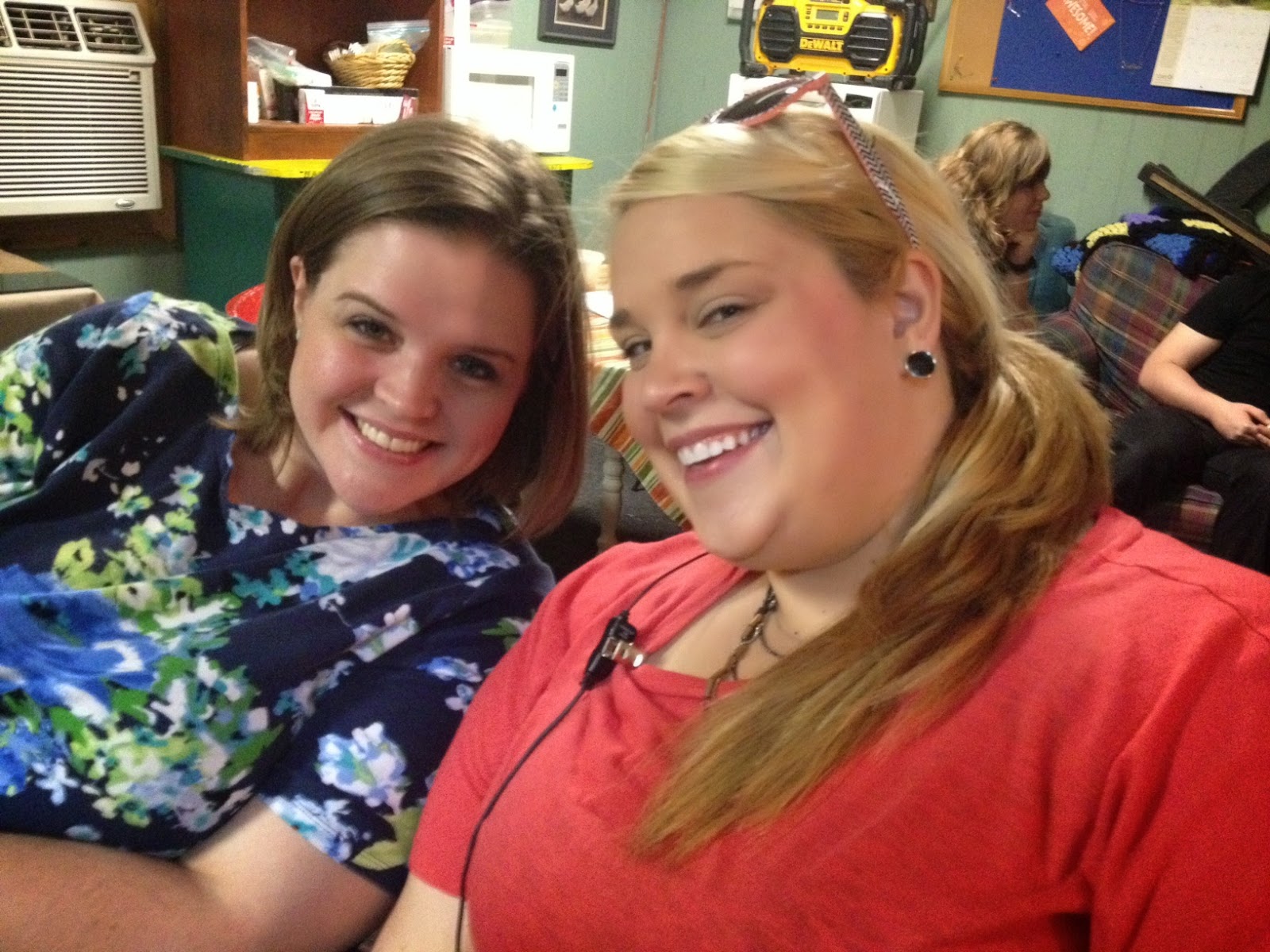 I did get to see Keith one last time. I have known Keith since 2006. He was the head director for the theatre and for many shows that i have been in and stage managed. I absolutely love him. He came to opening night of Annie before his big move to Washington state. Gosh, i miss him already!! Took one last pic with him. Hopefully he will come visit again soon! :) 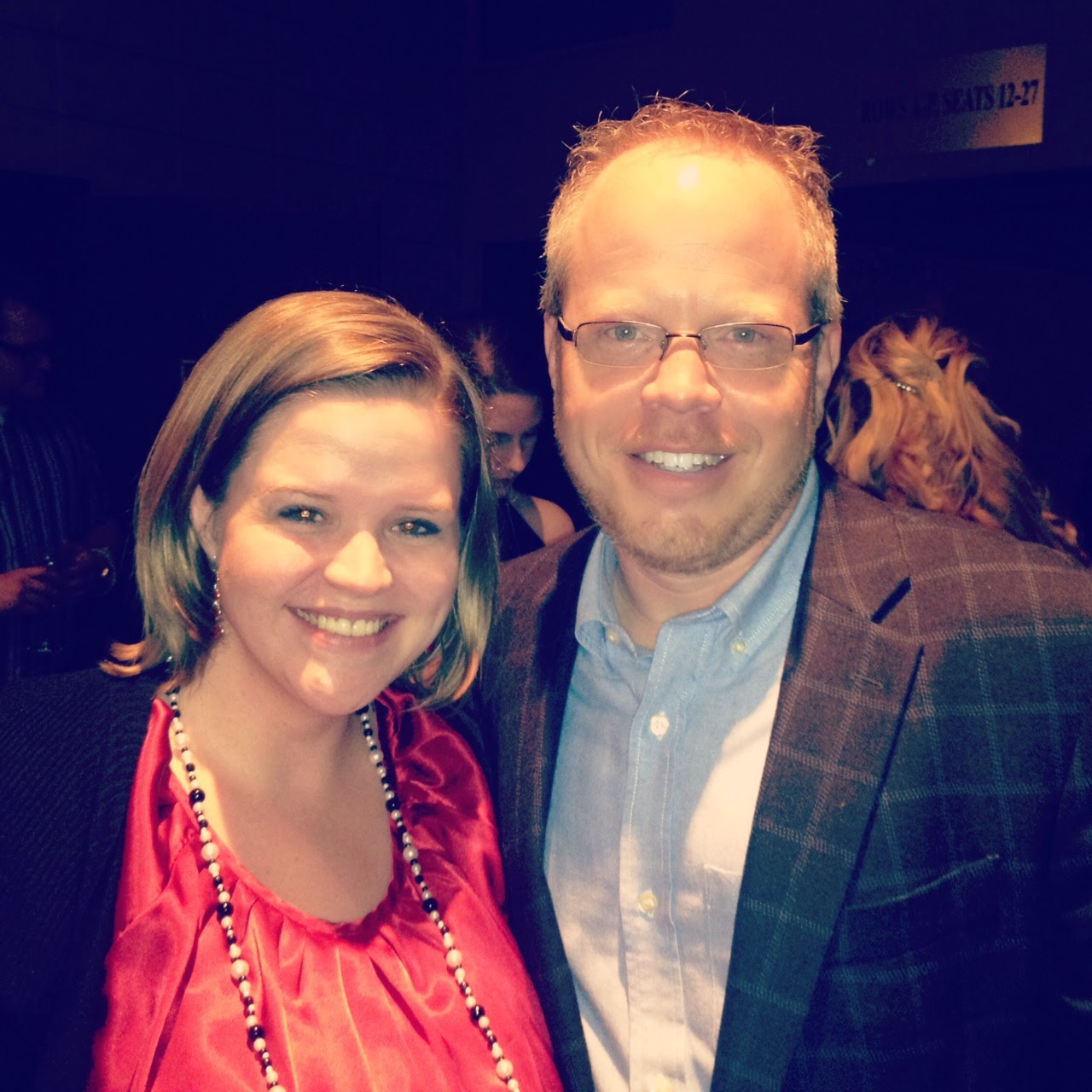 Another thing you missed was me going irate on an audience member for being on her phone the ENTIRE FIRST HOUR OF THE SHOW! I literally got out of the sound booth to go tell her to turn the thing OFF!!! I was very angry....that side of me doesn't come out too often. Glad i don't have a picture of THAT to share! Ha!

So that's what i have been up to this June. I still want to write about Brad's birthday, my sister's birthday, Keith's farewell party, and a few photo shoots. But those will have to have their own posts. :)

Posted by Melissa at 8:30 PM
Email ThisBlogThis!Share to TwitterShare to FacebookShare to Pinterest
Labels: Theatre