Many of you know, we live in a trailer. Er, mobile home. It hasn't been my favorite thing. Honestly, the trailer itself isn't that bad. But the trailer park we are in has gone downhill over the last few years (used to be nice, believe it or not) & the area of town we are in is just awful. Brad owned this place when we married, so naturally this would be where we would live. (I was living in a condo that my roomie owned - i just paid her rent & my share of utilities.) You cannot beat the monthly note in a trailer, way less than a house note and wayyyy less than an apartment's rent. It was the best place for us, financially speaking. We figured we would be here for 2-3 years, or maybe i just told myself that so i wouldn't freak out. Haha! But here we are at 6 years and we are finally about to get out of here!!! :) 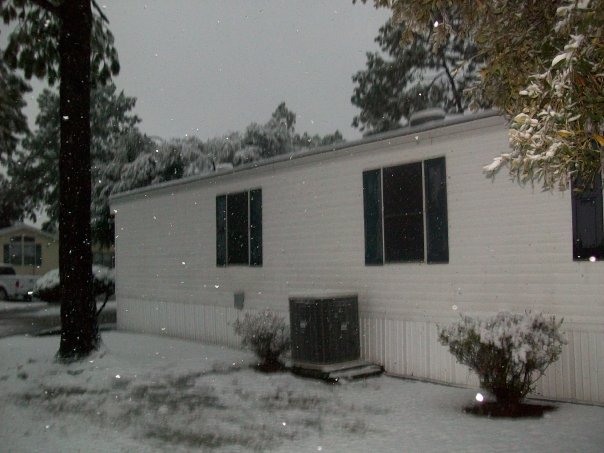 (Our trailer...from maybe the 4th time in my life that it snowed. Haha.)

And i get it - there are worse things. We could be homeless or living in one of those OLD trailers or a shack. I am not saying this has been a HORRIBLE arrangement. But you know. I wanted a cute house like all of my friends. And in another area of town. That's all. IT'S FINALLY HAPPENING!

Awhile back, Brad decided we should start maybe looking at land to move our trailer on. Then, in some years, we could build. I was totally fine with this, since it's really the area i hate more than the trailer itself. But after looking at land for several days, we realized it would be better (simpler and even cheaper) to just find a house. For one thing, the land that we could afford needed to be cleared & needed to have sewage/water/electricity, so once we did all that it would be a lot more expensive. The land that was already cleared with everything there was nearly the price of a home! It just didn't make sense. So we decided to look at houses instead. 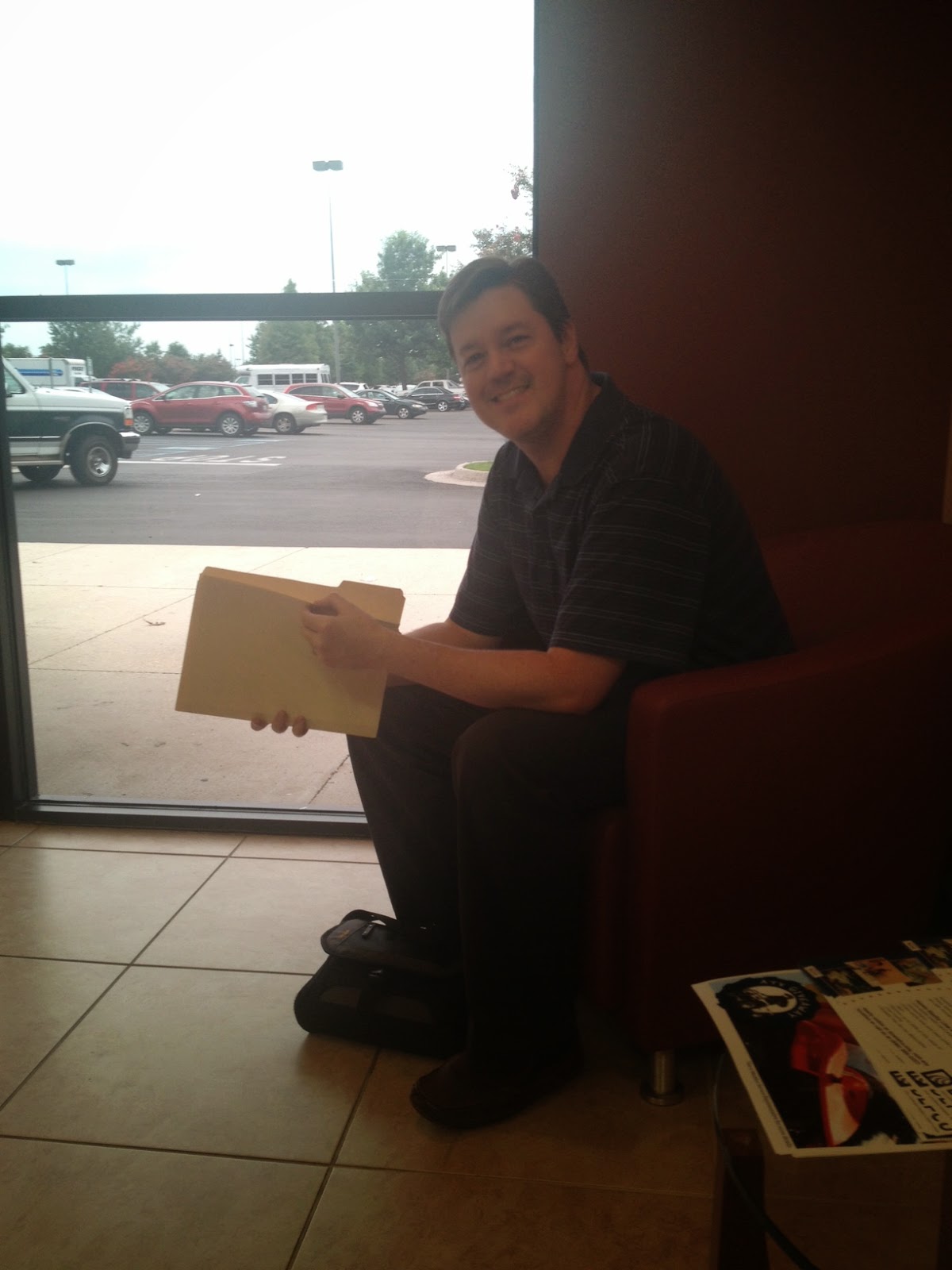 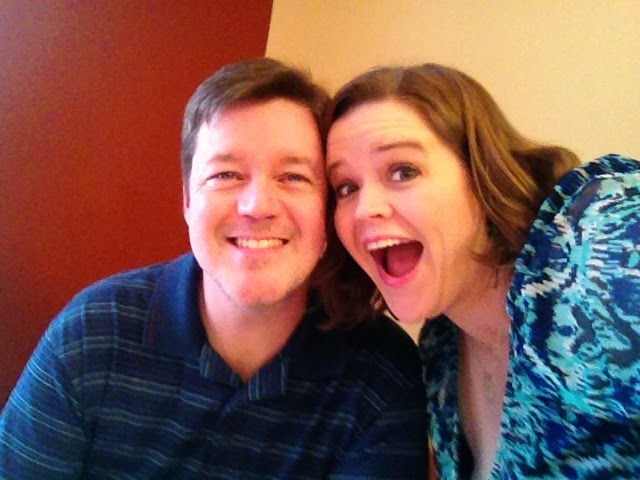 At the bank, getting pre-approved. Just a little excited. Haha!

I contacted my realtor and told her we were ready to start looking. I had been looking CONSTANTLY on a realty app and had several i wanted to go see. We told her that we could not buy a house until we sold our trailer, because even though it is paid for (we paid it off a few months ago), we still have to pay lot rent & didn't want to get stuck paying that after we moved (on top of a new house note).

Well, she advised we go ahead & put our trailer up for sale because trailers take awhile to sell. So i took some pictures and posted it on Facebook - on my page and on a few local resale pages. I also put it on Craigslist. And i think one other site for mobile homes. We got a few calls from people asking about it & wanting to come see it. A lady on FB messaged me on Sunday asking if they could come see. She and her husband came that afternoon - AND BOUGHT IT! The first people to even look at it!

It was so funny because on our way home after church, Brad's like like, "Wait. What if someone comes to see it and wants to get it?! Like what if they make an offer right away? What do we do then?!" Clearly neither of us have sold a home before. We realized we needed a purchase agreement but thought it was okay if we didn't have one yet. I said, "Babe, nobody is going to buy it right away. Even if they like it, they're gonna go talk about it first & then call us and make an offer." JUST IN CASE, brad's mom brought over a purchase agreement for us (since we don't have a printer). I'm so glad she did because that couple came AND MADE AN OFFER!!!! Like, right away!!! So basically we sold our trailer in just a little over 24 hours. How crazy is that!?!?! HAHAHA!

After they left, we were like, "what just happened?!?!" There was nothing to do but go to D'Angelos to celebrate. 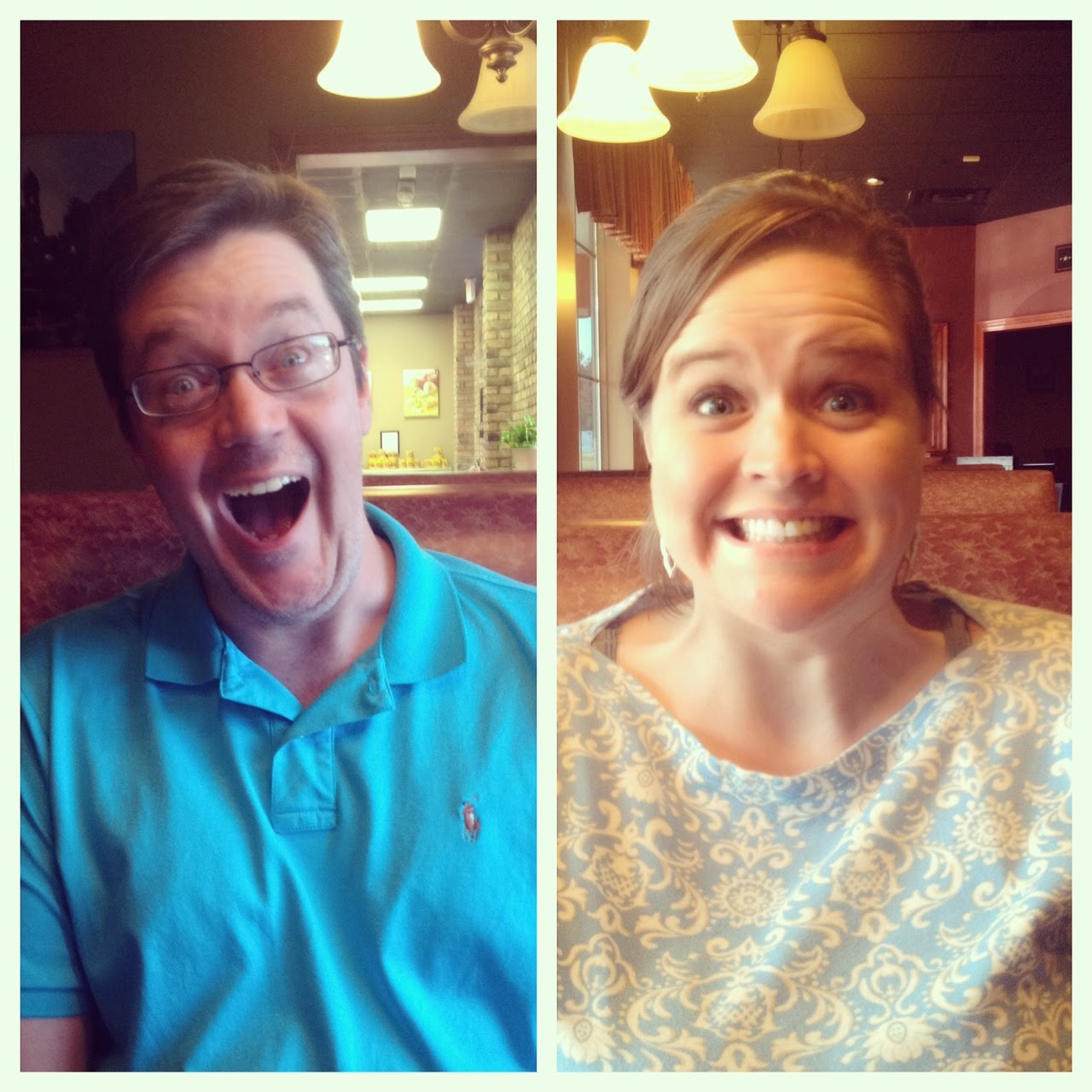 Just a little excited again! Celebrating the quick sale of our trailer.

The AMAZING & God-thing about it, besides that it sold in one day, is that we were worried about someone buying it and needing to move in RIGHT AWAY, since we didn't have a house yet. But these people are not at all concerned about that! They are just buying it to put on their land for their daughter. She lives with them now. So it's not like somebody's gonna be homeless. They are being very patient with us & we are so thankful that God brought us just the right buyers at just the right time! They were so nice and just really good people.

And then we looked at a few houses, found the right one for us & are going through all the necessary paperwork and inspections and all of that fun stuff. Another wonderful thing is our house note will be only a tiny bit more than what we have been paying on our trailer (before paying it off). That is a miracle!! And unheard of! I am praising God because He is good & He knows exactly what we need when we need it! :)

So for those who have asked, we are still in our trailer & will be until we close on the house, which won't be until early September. Late August if we're lucky. We still have a house inspection on Tuesday, but it is a newer house, so everything should be okay.

And so we are super excited!

So that is the fun part of life I have been talking about lately! Fun because of Pinterest, honestly. I've been planning decor like crazy. Cannot WAIT until moving day!