Getting Back on Track... & a whole30 dinner party.

I have been meaning to tell you about this really awesome dinner party i went to.... but, first. We have to talk.

So, many of you know that i have done a whole30. Two, actually. And honestly, it turned out to be the best thing for me as far as losing weight. It's nothing weird. Some people have very confused ideas about what whole30 & paleo are. But it's not anything as weird as people make it out to be!  It's eating fruits, veggies, healthy fats, lean meats. It's cutting out sugar, grains, legumes, dairy.

When i first heard about all of this, I did think it was kind of ridiculous for them to cut out legumes & dairy. I mean, those things are good for you, right? But the thing is, they aren't saying you can never have them again. For whole30, it's more about them getting rid of ANYTHING that is known to be an allergen or that is known to give you digestion issues. That way, when your whole30 is over, you can slowly add it back in & see if it was a problem for you. Many many people that don't realize something is a trigger for them, realize it was after doing a whole30 & reintroducing certain foods into their diet.

Unfortunately, after both of my whole30s i went straight back to old ways. I hate telling this part of my story, because people often assume that means the diet wasn't a good program. But that couldn't be further from the truth. First of all, whole30 is not meant to be a diet. It's just a 30day detox - a HEALTHY detox, mind you - and a chance to get all the gross stuff out of your system before you continue it on as a lifestyle. And second of all, it is a GREAT program. It is the perfect program (in my humble opinion!). And most people do continue on with paleo as their lifestyle once they are done with whole30. I've had MORE than a few friends do this. So no...the problem isn't the program. The problem is me.

I don't know why i turned back. I realized i was my highest weight of all time in June of 2009, after my first 6 months of marriage. Since then i have pushed, i have pressed on, i have fallen down & gotten back up so many times, just in an effort to get this weight off & be a healthy person. I have done ideal protein, plexus, weight watchers, strict calorie-counting, the insulin resistance diet, sugar busters, & some of these included exercises like intense bootcamp classes & serious calorie-burning zumba classes. I have tried a LOT of the things. I have lost and gained and lost and gained. I have eaten well, given up, and then gotten back on track. But i am always pretty disappointed in myself, because i fail constantly. I let myself down constantly, I am ruled by food, mostly in the form of cokes and m&m's. And I love the comparison game. You know that game, right? Yeah. I am pretty much a pro at comparing myself. And, it's like, "so-and-so did ideal protein and it changed her life!". Or "so-and-so did a whole30 & she is losing weight like crazy...and she hasn't cheated once! So what is your problem!?"

The thing is, whole30 is right for me. I know this. It has been the best thing i have done. And that isn't to knock other programs, because i know how much weight watchers is helping one friend, and i know how much ideal protein is helping another. You have to find what works for you. I do believe in whole30 because it's all real whole clean foods. But i'm not knocking other programs because i know what it is to have to find the right thing for YOU & your body. This is just my story.

So my lowest weight was last year after my first whole30. I got down to my smallest, finally, in five years of pursuing weightloss. But now? Well.

This morning i had to go to the doctor. (Sinus infection = BOO.) They weighed me. I hadn't weighed in forever. Not since moving. Because i KNOW i have been a fast food, sugar-eating, lemonade-drinking JUNKIE. And i KNOW i've gained. And it is infuriating... but not enough to make me stop.

So they weighed me & i was sad but not surprised to find that i have gained a lot & that i weigh far more than i ever did in 2009 when i reached my highest weight. Far, far more.  How is that even possible?! It makes me so mad at myself. And it's okay if you are thinking, "GOD, how could she do that to herself?!" It's okay because i think the same thing, and the answer is - i don't know. I just don't know.

The thing about paleo is... even though i am not hardcore... as in, i don't think it is the end of the world if i can't get grassfed beef, and i don't think  a little cheese is gonna kill me... I BELIEVE IN IT. I believe in the program. It is an awesome way to eat, and many many people have been healed of their diseases because of eating this way. I know that if i did it and stuck to it, it could help me get rid of my insulin resistance, PCOS, and... yes...infertility. PCOS isn't the only reason we don't have kids...there are issues on both sides... but i can do my part by trying to get healthy. You know?

Even writing this, i tremble in fear, because i fail at this ALL THE TIME. But i really don't want food to control me like it does. I recently was thinking about my potential. I have always wanted to go as far in life as God & my potential would take me. But my potential is taking me nowhere because i am lazy, i am inconsistent, and i love to give in to my every whim and desire.

I am afraid to say tomorrow i am doing whole30, because i always fail, and as soon as 30 days are up, i return to eating the worst food ever made. So maybe i will just say... tomorrow i start paleo without the paleofied treats. Ha. I don't know. But tomorrow is the start of this new plan. It has to be!

I am actually thinking of saying tomorrow is day one of Whole15. And then when that's over, I'll do another one. Ha!

I just have to do SOMETHING!

I really think about this a lot. I think about how i love pro/con lists. And how if i did a list on pros & cons of doing another whole30 (or something similar), it would be a no brainer.

So i made one. And i was right. It's a total no-brainer! 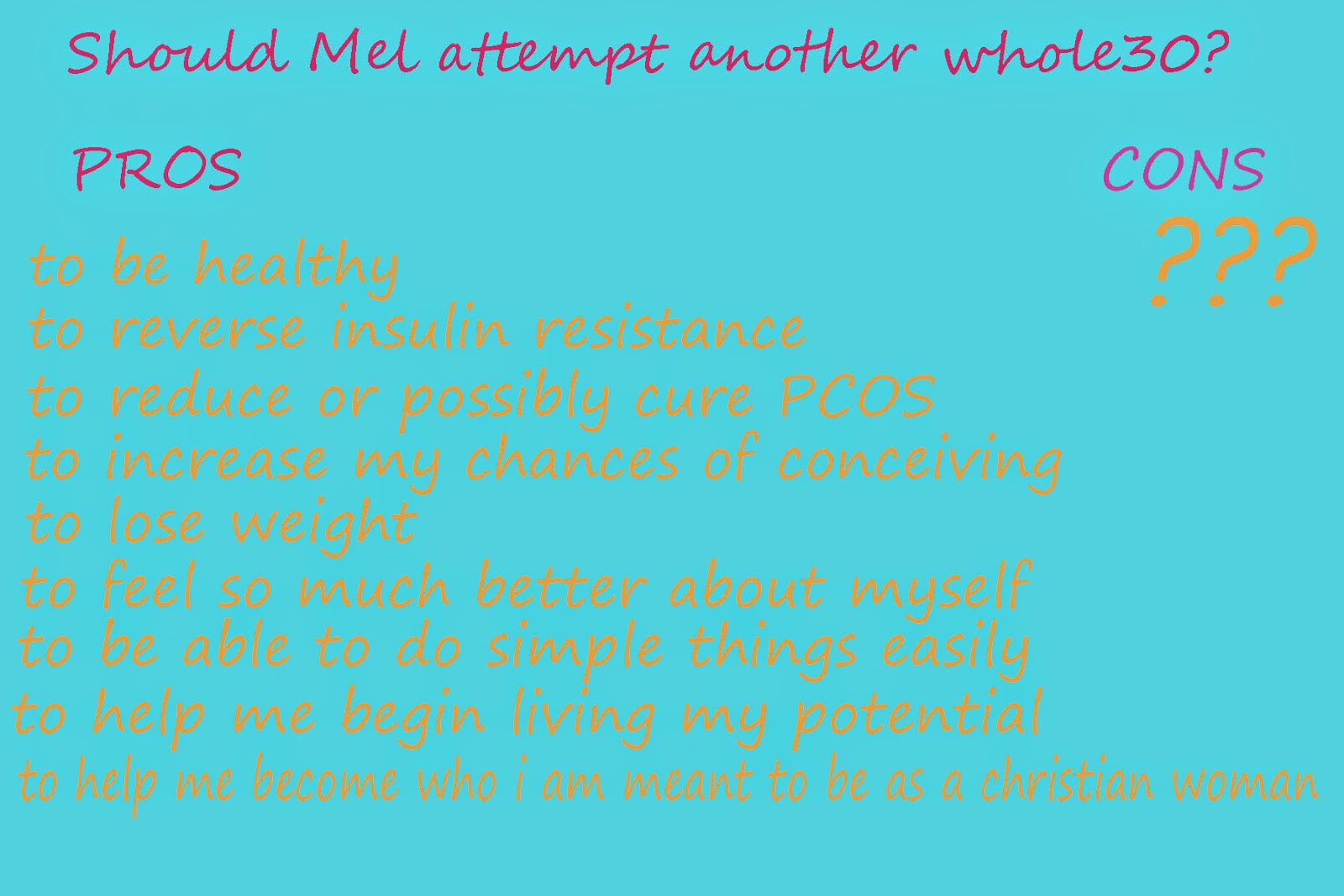 I should've also included "to be free from the control food has over me". I mean, come on now. There are a million reasons to DO IT, and there are no good reasons to not do it! I mean, seriously? So what is my problem then?? Honestly, there is no reason to NOT do it. But i think about this all the time. I have all the reasons to do it, and i still give in to the food.

So there you have it. That is where i am with this. And i need help.

And please... no negative comments here. I understand if you don't agree with no sugar or no grains or the whole30 program or the paleo way, but i disagree with a lot of diets & yet, i keep my mouth shut when it is what someone believes in. Also, please don't comment that you have the perfect program for me, because when you do that i feel like you weren't even listening. I have the right program. I just need help to actually DO IT! And really - i would have that same need for ANY program!

But i do need your help. And that is in the way of prayer, support, encouragement.

Now for the fun part... I've been meaning to share this with you!

Recently, my friend Ali, who has done AWESOME with the paleo lifestyle, decided to have a whole30 dinner party, where everyone brought a different meal that is whole30 compliant & we would share.  She invited her sister and her sister's friend who both were starting whole30 that next week, she invited me and another friend, Amanda, because we both have done whole30s and are trying to continue in a paleo type of lifestyle. Because i was smack dab in the middle of moving, they let me off the hook with cooking, (And a good thing... i wore two different pairs of earrings... Ali caught that halfway through our meal. I was a disheveled mess. i said, You're lucky I showered! Haha! Really glad i got off the hook with cooking...no telling how i would've messed that up! Probably would have grabbed sugar instead of salt!

Anyway, the dinner was a SUCCESS & the food was SO GOOD, y'all!! OMG!

This is a GREAT idea to do with some of your whole30 or paleo friends!

So here are some pics from that evening. I hope we do it again! What a great idea to get together, share your stories & recipes, and motivate each other! :) 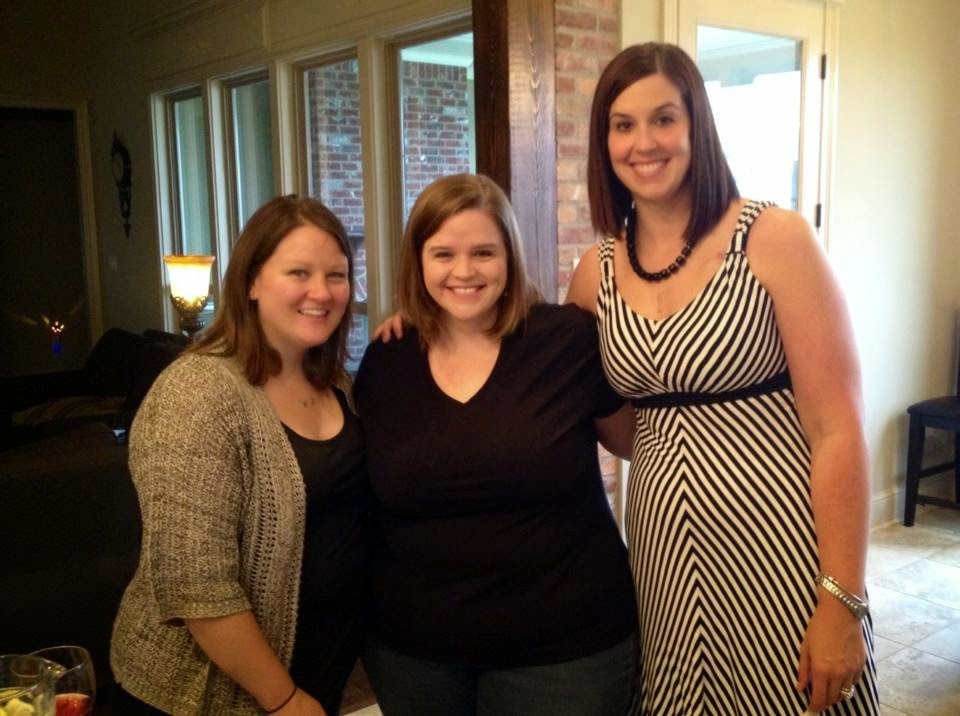 At one time, these were my roommates! Amanda & Ali. 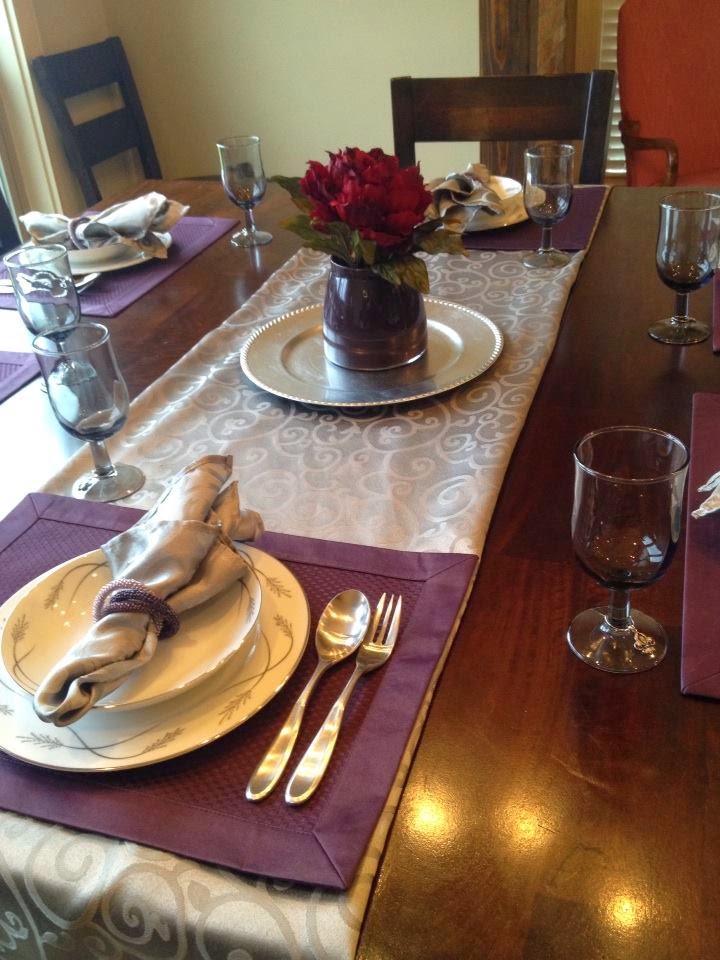 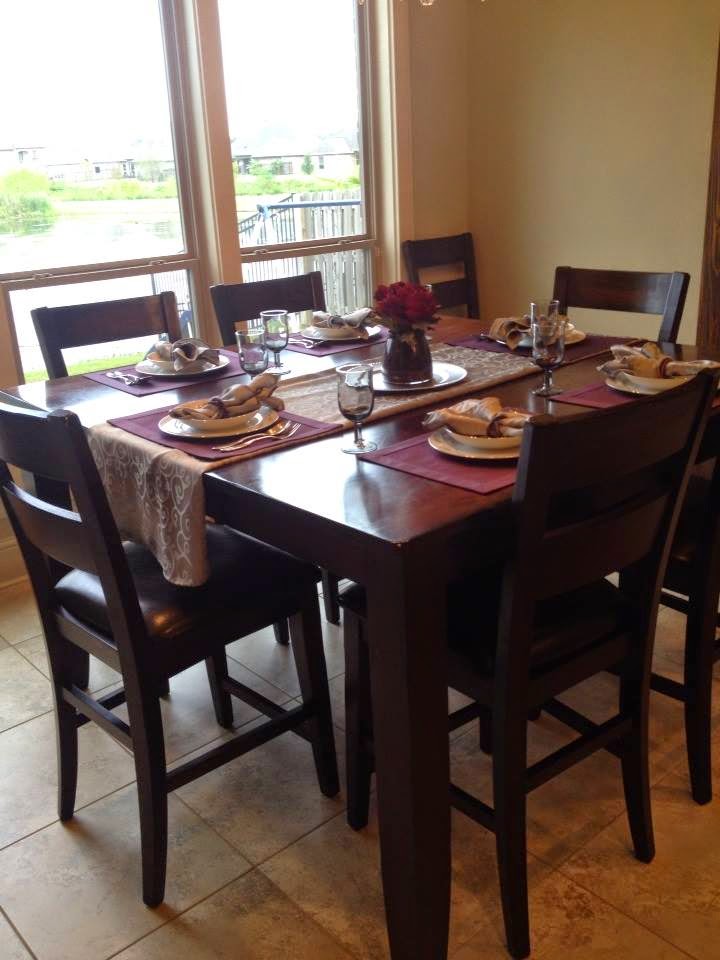 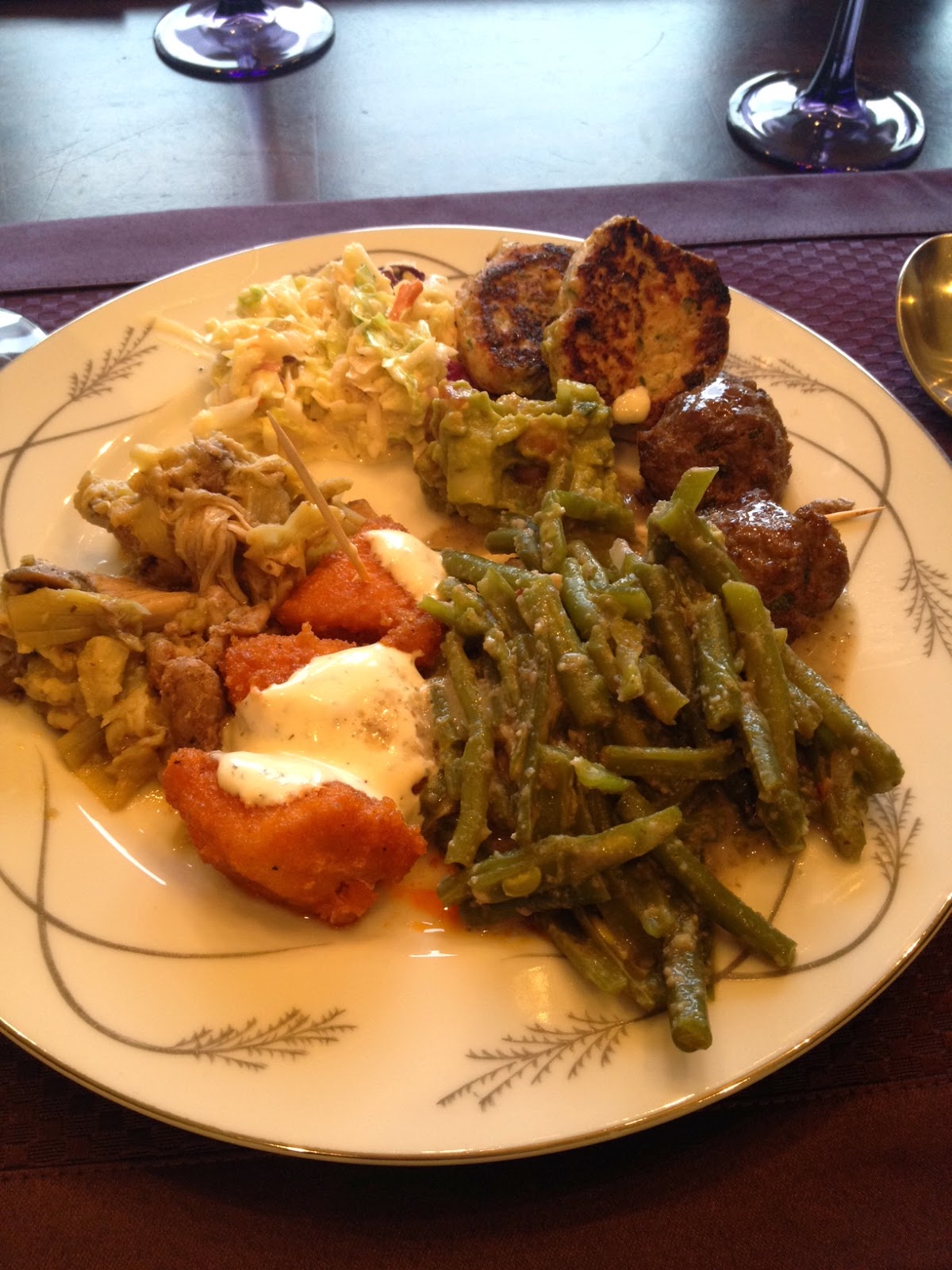 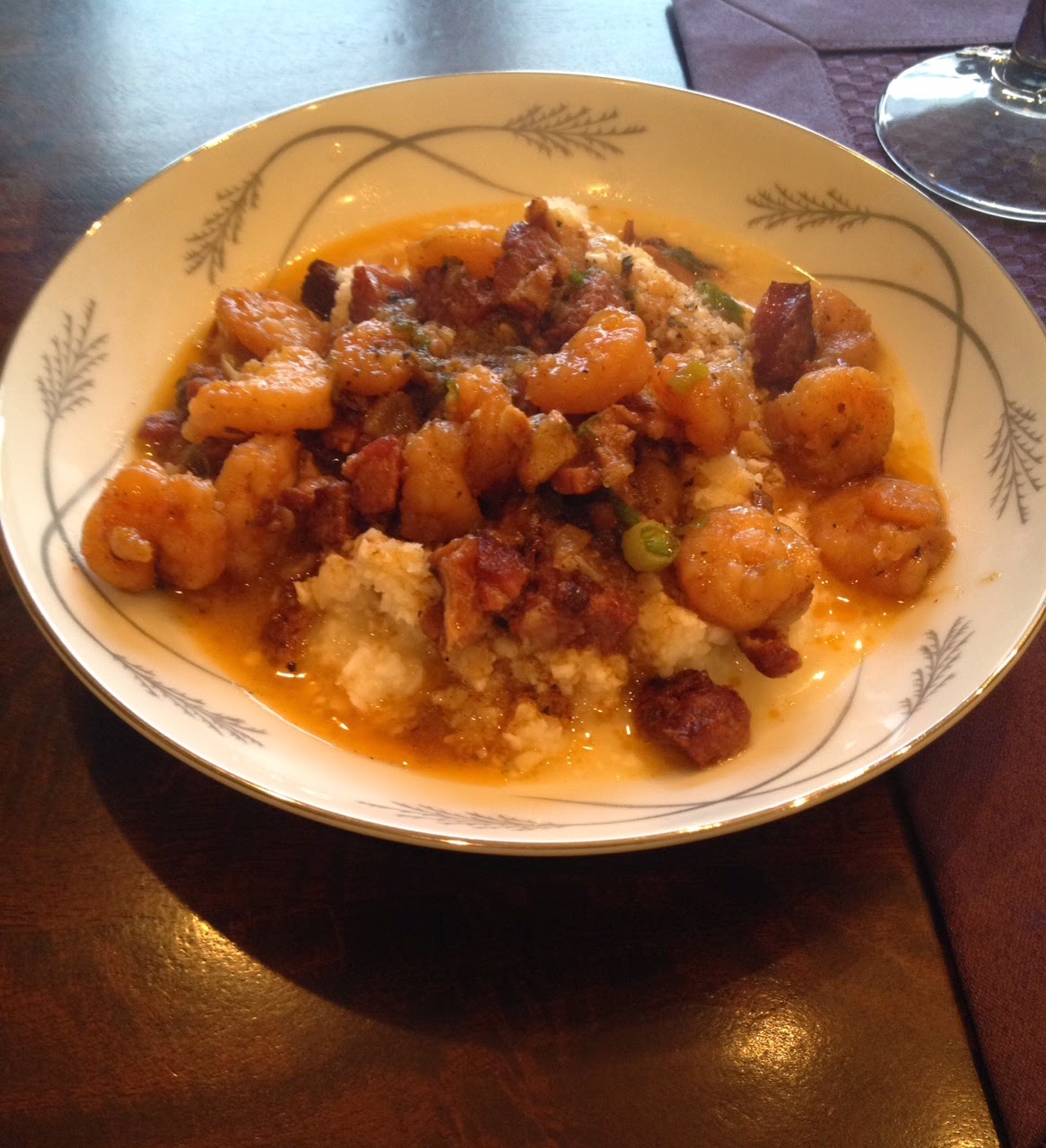 Shrimp & Grits!! Y'all. THIS WAS AMAZING! And quote of the night while serving up our plates:

Me: I don't know how i feel about paleo grits...
Jess: Girl, it's cauliflower!
Me: OH! I feel so much better now! 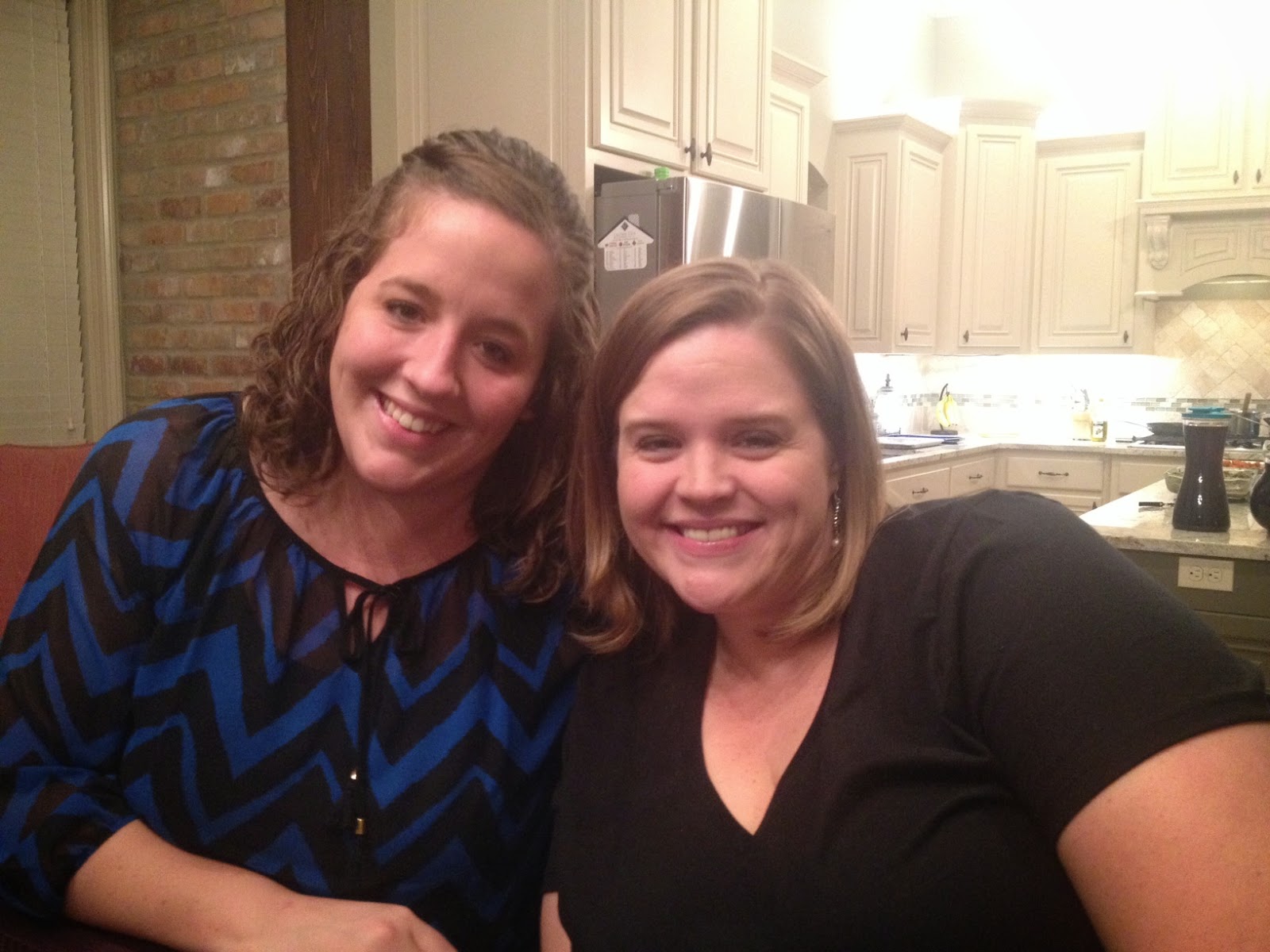 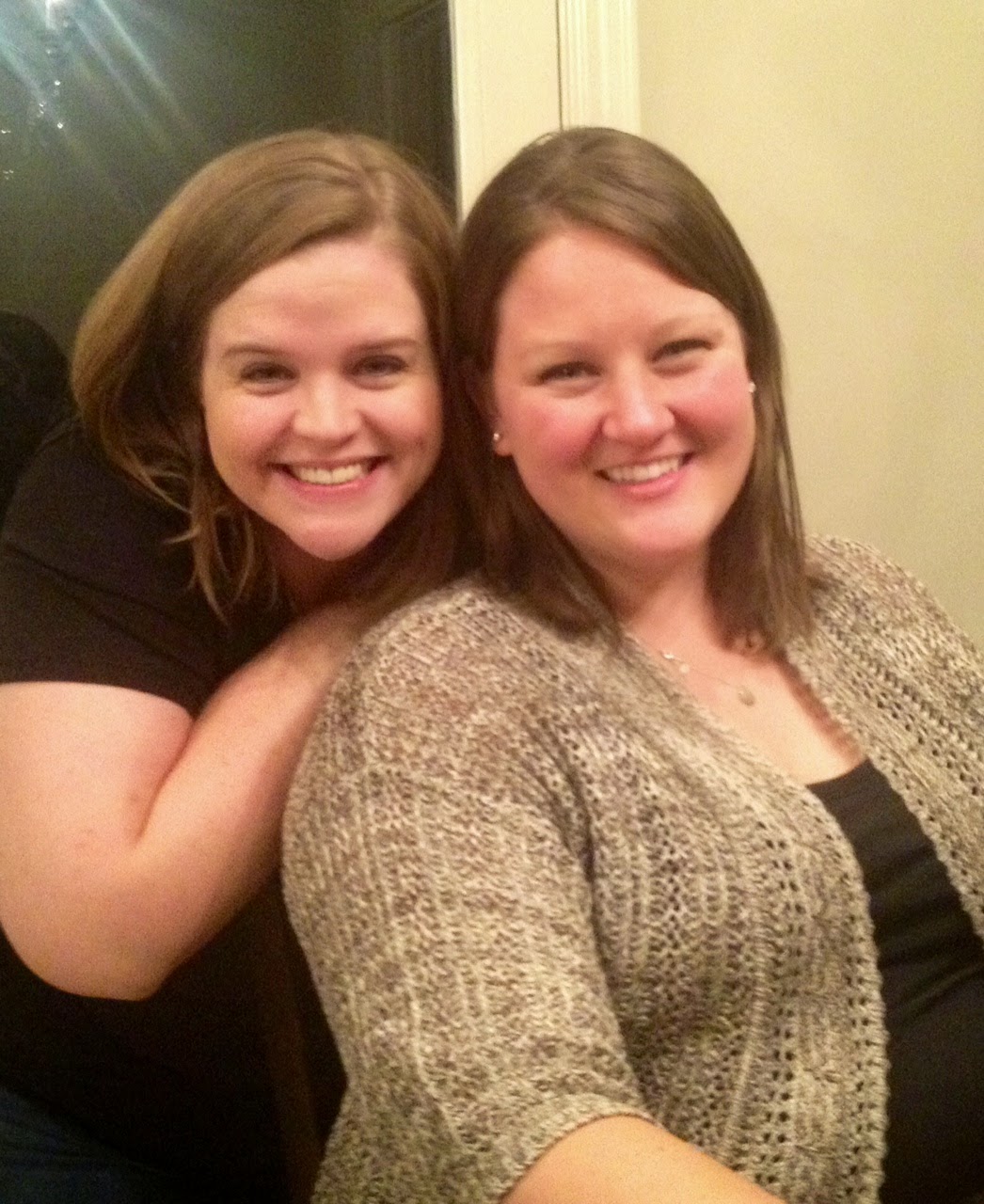 Me & Amanda. And where i can see that i have gained SO MUCH WEIGHT! :(

Me & Brad are also going to start walking &/or bike-riding in our new neighborhood!

Okay, so. Just wanted to share where i am with weightloss these days. And it's not good, is it?! Please pray for me & send a little encouragement my way! Thank you!!

P.S. if you leave a comment that needs a reply, please leave your email address with it! :)