2015 is the year, y'all. 2015 is THE YEAR. No, I don't think I'll be having a baby this year, unless one shows up on my doorstep...which i would TOTALLY be okay with, by the way. And you know, there is still a chance I could have a baby this year. But becoming pregnant this year? I BELIEVE. 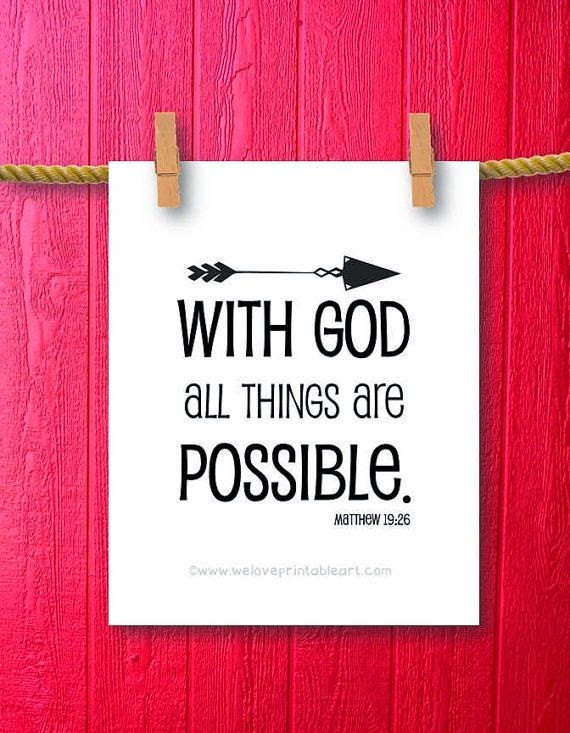 2015 has been off to a great start, an excellent start, and that is far more than I can say about 2012 or 2013, and DEFINITELY more than I can say for 2014. I'm not trying to go all woe is me on you, but I've had a few bad years in a row. I can't really remember how great or not great 2012 was, but it was our second anniversary of trying to conceive, so that's no fun. I was also in the worst job, one I didn't blog about, but one full of tears, stress and DRAMA, and one i all too happily left in early 2013. 2013 started off rocky with that job...but then I quit because I found  "the perfect job". Well, that turned out too good to be true. And while I ended up where I am now, a great job, the infertility treatments began, and that was very very difficult.

Through those years, of course there was joy. My husband continued to show me unconditional love, the best friends I've ever had continued to be there for me, and my support group, which I started going to in August 2013, was pretty much the best thing that could've happened to my walk through infertility. But those were still some rough years.

2014. I thought for sure that was going to be my year. I thought FOR SURE it was the year I would become a mom. Third IUI on January 30th. Blood test that showed I was pregnant on February 17th. Found out I might be miscarrying February 27th. (So weird that one year ago today I was actually pregnant.) Miscarried on March 3rd, the day after my birthday. The days that followed included: Grief. Heartache. Fear. Worry. Stress. Anxiety. SO MUCH PAIN. Grief. Hurt. Anger. Anger that I desperately tried to not allow to turn into bitterness.

At some point during last year, my emotions did settle down a bit, things did start to get better. Praise and worship began to mean more to me than I ever thought possible. As I focus on God in worship, His peace floods my heart. I became more public than ever about our infertility when I shared the story of my miscarriage. People came forward, people shared their own stories, people sent encouraging words and prayed for me and loved on me. And then there was the infertility awareness 5k which was so awesome and friends came to support me there. I honestly thing that 5k might be when things started to turn around. 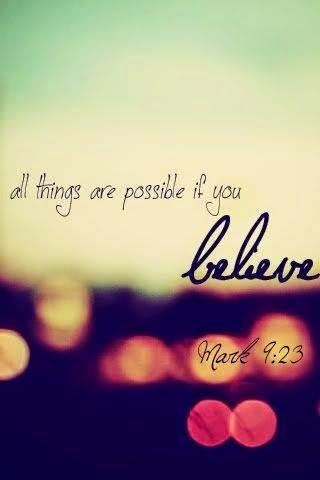 Or maybe it was in early December, when my pastor approached me one Sunday morning. He asked me what I would think of the congregation standing with us in prayer for a baby. My first thought was "The entire congregation praying for us?! YES!" My second thought(s) was(were), "What will they say? What will they think? What if they don't understand? What if they think it's a dumb request? What if they think I should just relax?!" I mean, it's one thing to be vocal about it on Facebook, it's quite another to stand in front of your congregation - a congregation small enough to where you can see each one of their faces - and allow your pastor to tell them you need a miracle because you have been unable to conceive. I told him I would think about it. I knew before I even got home that I would say "Yes". The word "no" limits God, don't you think? I don't want to close Him off. If I said "no" my life would go on as usual, and I would still have people praying for me. But if I said "yes", what would God do?? This could not only affect me and Brad, but also other people in our church who may be praying for their own miracles. And times when I am feeling doubt, other people would be speaking words of life and encouragement and prayers, which would stir up faith in my heart again. It would be a really good thing. I said YES. Well, my intention was to say yes, but I didn't tell him right away. The holidays came and things got crazy, and it wasn't until January that I told him our answer. 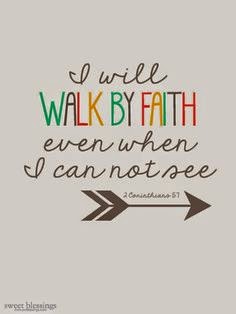 Also in January, I went to a women's night at a local church with a couple of friends. The pastor's wife was the speaker and she spoke about the woman with the issue of blood. That was truly a turning point for me. I think that sometimes our faith is crushed and we do not easily put our faith in Christ anymore. I didn't intentionally stop putting my trust in Him, but it is much easier to slap a "trust in the Lord" bumper sticker on your car and go on about your day, than to ACTUALLY cast your cares on Him and just TRUST HIM. How can you trust Him when the trust just is not there? How do you trust that He has a plan, that He is good and faithful when it's been a few years and He still hasn't answered? When you're 36 and still not a mother? I mean, y'all. As many times as God has proven Himself faithful in my life, there were still days where someone would post a "GOD IS SO FAITHFUL" on facebook, and i would roll my eyes. (That is probably a terrible thing to admit, but it is the truth.) It's just that I was so focused on my circumstances that I was forgetting that just because He had not answered my prayers yet, did not mean He wasn't going to! I had begun to listen to the lies in my head. Lies that said I would never beat this. Lies that said infertility would always be my story. The belief that He COULD heal me, you know, if He wanted to.

I'm done talking to myself that way. That sermon on the woman with the issue of blood was probably the thing that turned my mindset around. Mainly because of the last sentence: "Daughter, your faith has healed you." She knew if she could JUST get to Jesus, if she could just touch his robes, she would be healed. And i began to think... that is the kind of faith I want. 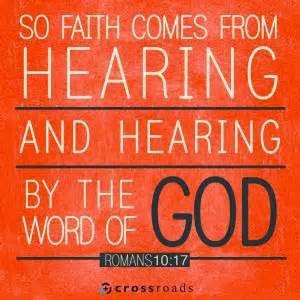 So the very next morning, I began to read the gospel of Luke, a little everyday. I started with Luke for no other reason than that is the book with the story of the woman with the issue of blood. And the stories of so many other moments of Jesus healing the sick. I began asking God to help my unbelief. I began praising God and thanking Him for our miracle baby. I began turning my negative thoughts into positive words, spoken out loud. Doing all of these is not some magical concoction to give me a baby. But it is stirring up faith in my heart.  It is making me a woman of faith. It is helping me to believe that not only CAN God change our circumstances, but HE WILL!

And then the Sunday came, February 1st, where my pastor told the congregation that we are inviting them to walk alongside us in our journey through infertility (or "delayed fertility", as my friend told me I should start to say! I like it!). He told them how long we've been praying for a baby, how we faced a miscarriage last year, and he asked the congregation to come forward and pray for us. I felt like he worded everything perfectly, and the people came and laid hands on us and agreed with us in prayer. And after we prayed, women began hugging me and saying things like, "I can't wait to hold that baby!". That really stirred up faith in my heart. The next week a young woman in our church said to Brad, "It's going to happen! God's going to do it! I believe it!" & I thought that was so sweet, and once again, my faith was strengthened.

And then I went to the Lisa Harper conference and felt like God kinda winked at me when Lisa Harper (who is basically like Beth Moore) sat right down in front of us before the service and started chatting and laughing with us. And in one of her sermons she talked about how she was sitting in her own church one day when a woman went before the congregation with a testimony of God's healing. She walked up there with her four year old daughter who had been healed from a blood disease and she testified about what God had done. And Lisa sat in that congregation with her own four year old daughter in her lap. And Lisa thought to herself... "You know... I'm a lot like that lady. We both have daughters the same age. They both have a blood disease. They both go to the same hospital. The only difference between myself and that woman is that I know God CAN heal my daughter, but she knew that GOD WILL." And y'all. When she said that, it resonated SO DEEPLY in me, because that is the EXACT SAME THING I said to myself all year last year! I kept saying, "I know God CAN give us a miracle, but I don't know if He WILL." I just didn't know. But now I am crossing the line... I will no longer think God CAN do it! Instead, I am standing in faith and believing that in His timing, HE WILL!! 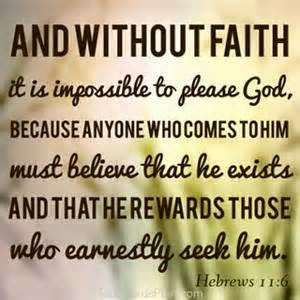 Listen, I know God's plan is God's plan. But I also know that prayer works. Faith is real. And in the past i have purposefully NOT had too much faith, because then if God let me down, maybe it won't hurt so much. Ha. What kind of faith is that? And the truth is... it still hurts. Either way. Whether I choose to put my faith in Him or not, it is going to hurt when He doesn't answer the way I think He should. From now on, I am just going to believe Him. Believe in His promises. Trust in His timing. Right now the only thing I choose to believe is 'Not only CAN he do it, but HE IS GOING TO DO IT!"

I have SO MUCH MORE to say on this. God is doing a new thing in my life!! He has really been doing one thing after another since 2015 began. Things to stir my faith in Him... not just faith in who He is but in what He can do and what he wants to do in my life. At the beginning of this year, i asked Him to help my unbelief, and guess what? He has SO come through for me on that, and he continues to do so! I mean, I can write you a list of all the things that have happened this year alone to help my unbelief, to stir up my faith, because it's insane. I'll have to share it all with you in my next post because this one is getting to be too long! Haha! So, stay tuned. And if you are still here... thank you!
Posted by Melissa at 9:51 PM
Email ThisBlogThis!Share to TwitterShare to FacebookShare to Pinterest
Labels: bible, church, faith, God, infertility, miscarriage