I do not even know what to say right now. It amazes me how quickly God comes in and rescues me when I am having a particularly hard time. He absolutely amazes me.

I should probably back up.

Most of you are familiar with our infertility story. (If not, you can read it here.) I do not want to minimize the pain of this disease. IT IS PAINFUL. It is the hardest, most frustrating, most exhausting, most discouraging, most unfair, most expensive, most heartbreaking journey I have ever been on. It absolutely sucks. Anyone who has been through it will agree. Nobody will say, "I mean, it's not that bad. I got through it." Nope. Nobody will say that. It changes you. For better or worse. I have to say some people get angry at God and run from Him when they face infertility. I am thankful that isn't what's happened with me. I have been angry with God through this before. Furious, even. But the anger melted away before I could really get anywhere with it! I think this is because He so quickly comes in to comfort, to restore, to reassure, to LOVE ME. I do not know how people face something like infertility without Him.

I feel like it is a misunderstood disease (and I'm not being dramatic by using the term disease... that is what it is). People who haven't been there just shrug it off as either (a) the hand you were dealt (as in, you know, get over it and move on), or (b) they try to diagnose it by telling you what you should be doing and insinuating that if you did that maybe then you would conceive. (These instructions are almost always given when the person doesn't know your infertility diagnosis.)

After our miscarriage last year we took a much longer break from treatments than I expected. At first we needed the break because I was an emotional mess, to put it mildly. I needed to grieve and heal and I needed a break to be able to do that. Then we needed to continue our break for financial reasons. Then we moved, then the holidays came, and we decided we would go back in the new year. During all of this we continued to try to conceive naturally. 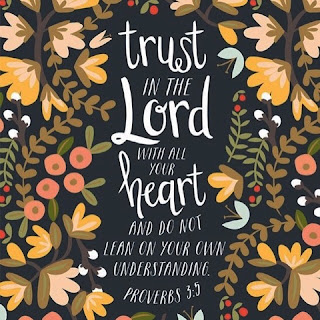 In January God gave me a word for the year. BELIEVE. Believe! Believe that He will give us our baby. Believe the impossible. Believe in His faithfulness. Believe in His miracles...not just His miracles for others, but for ME! For us! BELIEVE HIM. So I began to read the gospels and I took note of when someone's faith made them well. The woman with the issue of blood - I really related to her. So many healed because they believed. I kept reading and gradually, I began to believe too! After years of infertility, your trust & belief in a God of miracles might waver. It did for me. I knew he COULD heal me. I knew He COULD give me a miracle. But I didn't know if he would. And I was afraid He wouldn't. He hasn't answered... maybe He isn't going to. Maybe he doesn't want me to be a mom. Maybe that's not something He is going to give me. Maybe I would be a terrible mom. Maybe I'm too old. Maybe maybe maybe... all of these were fears that had nothing to do with what God was actually saying. God was saying one thing to me: BELIEVE! 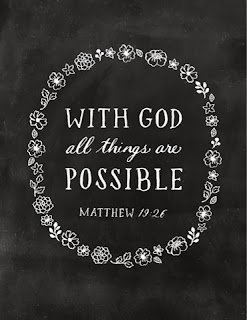 So. (This is getting way too long.) On June 19th, we had another IUI. For many reasons, I felt that this time was IT. I just knew it. For one thing, this was our first treatment since He'd given me the word believe - and i actually DID believe. What does His word say? "All things are possible if you believe." "If you have faith as small as a mustard seed you can tell a mountain to move and it will move!" "We know that if we ask anything according to His will, He hears us. And if we know that He hears us, we know that we have what we asked of Him." "Daughter, your faith has healed you." (Some of those are my paraphrase, sorry!) So my longing to believe had turned into ACTUAL belief in Him and what He could (& would!) do in my life. So of course, now that I believed, He would come through. Right?? For another thing, God has been moving in our support group. One girl after another has been conceiving after years of infertility. This is super encouraging to me! Now it was my turn, and guess what? God was going to come through for me too! That's what I thought. Surely He wouldn't leave me out. Surely I would get to experience this joy right alongside my infertility sisters. Right?? 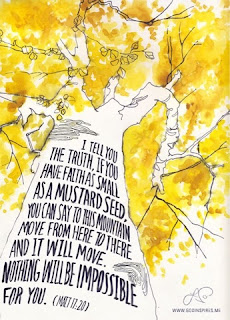 Of course there were moments in my two week wait that I was so fiercely believing in a "YES", that I had to allow myself to consider that his answer would be "no". I remember thinking, "He is going to give us our  miracle this time around! But if for some reason He doesn't, I'm just going to have to understand that no right now doesn't mean no forever. I am going to have to trust Him and know that He knows best, and that He will give us our baby - SOON - but just not THIS month." But I still thought it would be yes. And I was worried about how I would handle a "no".

Well, the IUI was not successful. It did not work. Everything leading up to it... everything that has to happen with the meds and my body and Brad's - all of that happened flawlessly. But I still did not conceive.

The two week wait is torture. For anyone but especially when you are 37 and on your fourth year of infertility. Especially when you're pursuing treatments. TORTURE! So week one wasn't too bad. Week two was ... well, I felt insane. Ha. Thursday night I started cramping and had a little bit of bleeding. Of course you tell yourself it can still be implantation bleeding or something else. Lots of women cramp before they find out they're actually pregnant. Friday morning I took a pregnancy test. Big fat negative. Well, I didn't want to think about it. I was not in the mood to grieve...yes, I actually said that! So i put it out of my mind.

But late that night, I just cried and cried. On Saturday I started my period. It was the fourth of July so I tried to just live in denial so I could enjoy the day. But the cramps were pretty intense by evening so we said goodbye to family at our get together and we went on home. Saturday night is a blur. I was up half the night with the heating pad. I was so tired, I could have stayed in bed, but I wanted so badly to go worship! (I know that is odd, but it's true!) 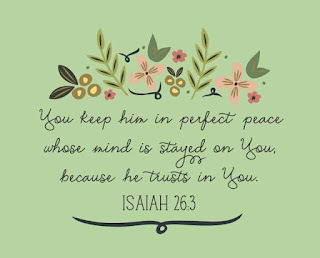 Sunday at church there was an altar call for those who need healing. I went forward and one of my dearest friends, Mandy, met me there. She wrapped her arms around me and I (literally) cried on her shoulder. (I got mascara on her sweater!) I felt people surround us and I heard their prayers. I heard Billy, her husband, singing Healer on the keyboard (which has been one of my songs through infertility). One of the men in our church prayed for me, and afterwards He told me he knows I want a baby and he believes God is going to give me the desire of my heart. Some people hugged me after church, too. I honestly have never felt as loved by a church family as I did Sunday! (Don't get me wrong! They show their love all the time but this was something special!) 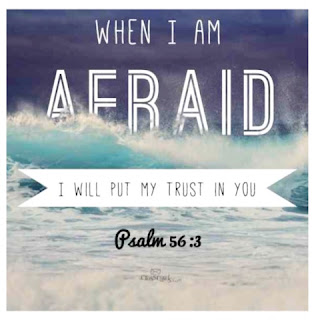 And that is just one of the ways that God blessed me after getting our news that our procedure didn't work. He touched my heart so deeply on Sunday morning. He brought so much comfort. It's almost like ... He knows how bad I want this, He knows how painful it is to continue to go through it year after year after year, He knew this time it wouldn't work - not because of anything we've done wrong, but because (what ever His reason is!). So knowing all of that, but also knowing He couldn't give us our yes yet, He was ready and waiting to rescue me when I needed it most. I mean, I needed what happened Sunday morning. God set that up for me & for others in our church body who needed His touch. How wonderful is our God! 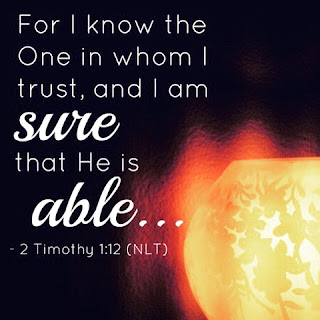 In the past, the longer I went through infertility the harder it got. The more the "why me" questions lingered, the more doubts consumed me, the more I wondered if God was ever going to come through for us! But now...things are different. Because of one word. BELIEVE. There were times towards the end of the two week wait that I thought, "If this doesn't work, I am going to be SO ANGRY!" And I was - for all of about fifteen minutes. The thing is, God has not told me anything except to believe Him. Trust Him, knowing He can do more than I could ask or imagine. I told this to a friend and I'll you the same thing. I really do not understand why He is allowing us to go through this, and I don't know if I ever will. There are days when the pain is unbearable, and there are days when I feel like God has let me down. There is confusion and misunderstanding when it comes to infertility. But there is one thing I do know. He gave me the word Believe. So that is what I am going to do.

P.S. I wanted to add that I really appreciate those of you who have taken the time to pray for us! I know we have many prayer warriors, and I am convinced your prayers are why I feel his presence in my life so strongly right now. I just want to say - please continue to lift us up in prayer! I know I sound so positive in this post, and I wrote it from my heart. But there are still hard moments, and hard days. There are days when I can't stop crying, days when the doubt begins to creep in, and honestly, days that I am just SO TIRED of infertility. We could also use your prayers that God would continue to provide for us financially, and of course that He will answer our prayers with a baby - or two! Haha!